With the university alumni already heaving downstairs at The Pack Horse bar up in the venue above Inertia get the show on the road by pressing the hyperdrive button courtesy of a blistering cover of Nirvana’s Bleed.  It sets the tone for a cracking set from the youngsters. Self-penned tunes sit assuredly alongside familiar favourites. There’s real quality on offer here, enough to get nods of approval from watching fellow musicians. The three piece kill it again near the end with Toxicity damn near lifting the roof off. 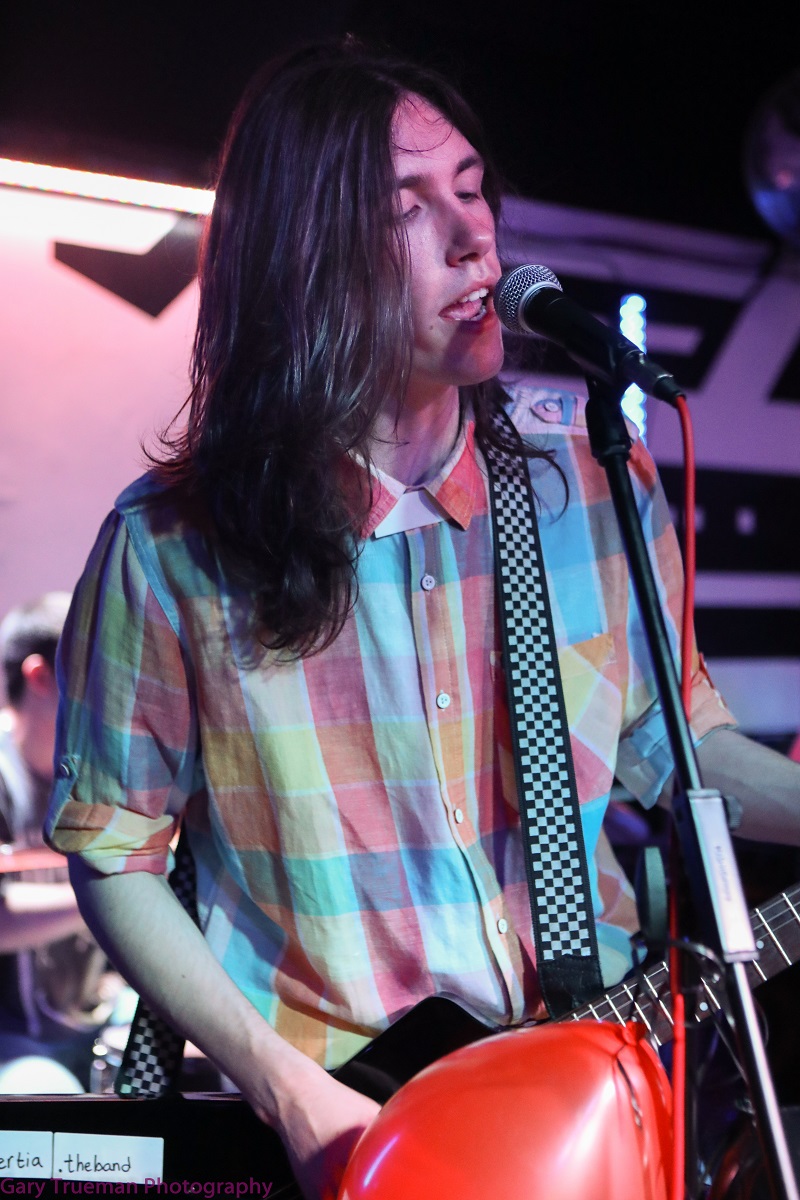 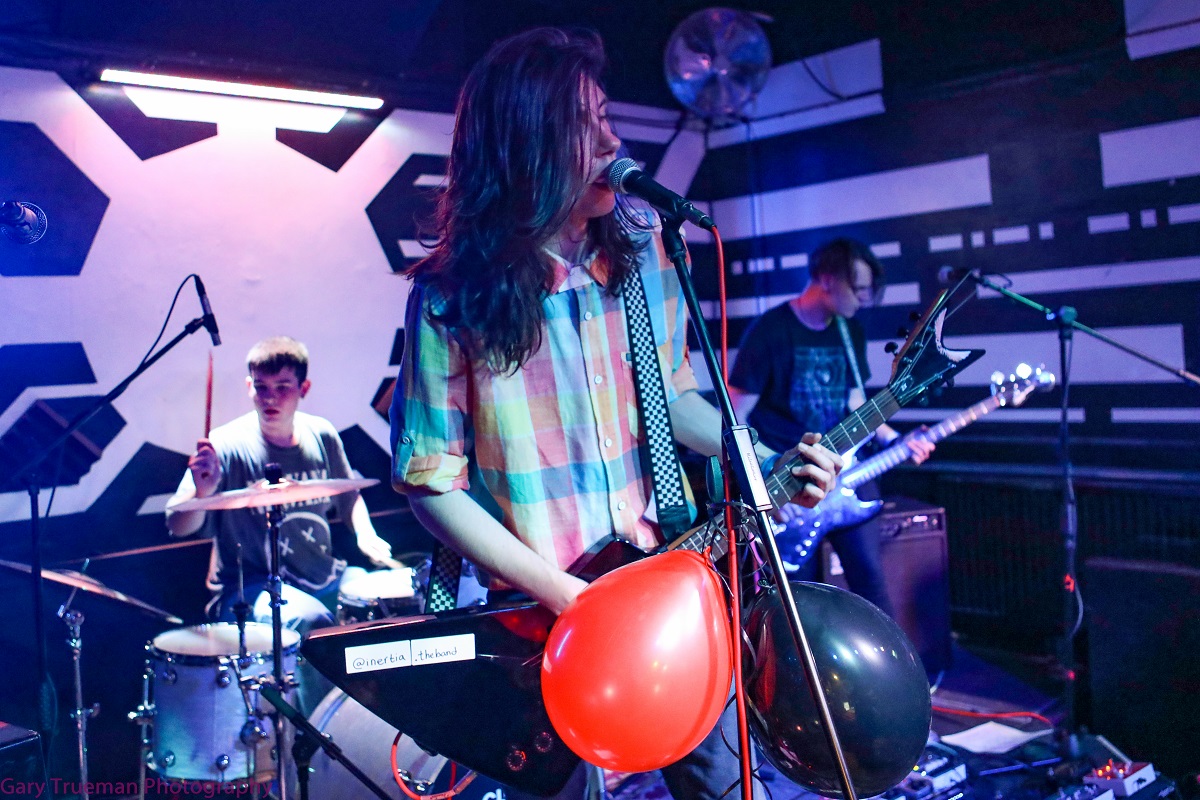 There’s a change of mood next as Vivid Flashback, performing their first ever live show, take us back to kitch 80s pop land. Vocals are polished and wonderfully retro. This literally is a blast from the past with striking those poses nuancing the perfectly performed lyrics. Sandwiched between heavy acts VF could have ended up a bit lost but thanks to slick audience engagement and those punters responding so well knowing good music when it hears it, this is a triumph. It’s a skilful thing to pull off new music placed so firmly in the past. Vivid Flashback do it with aplomb. 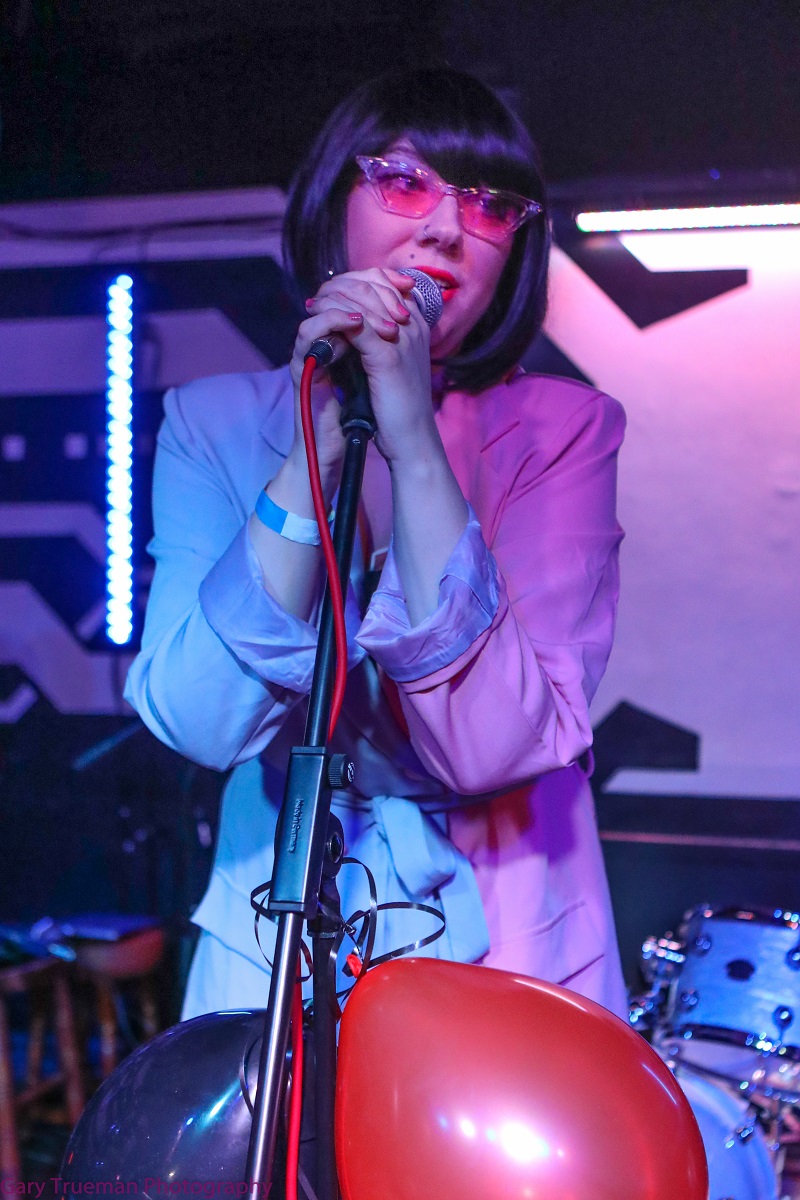 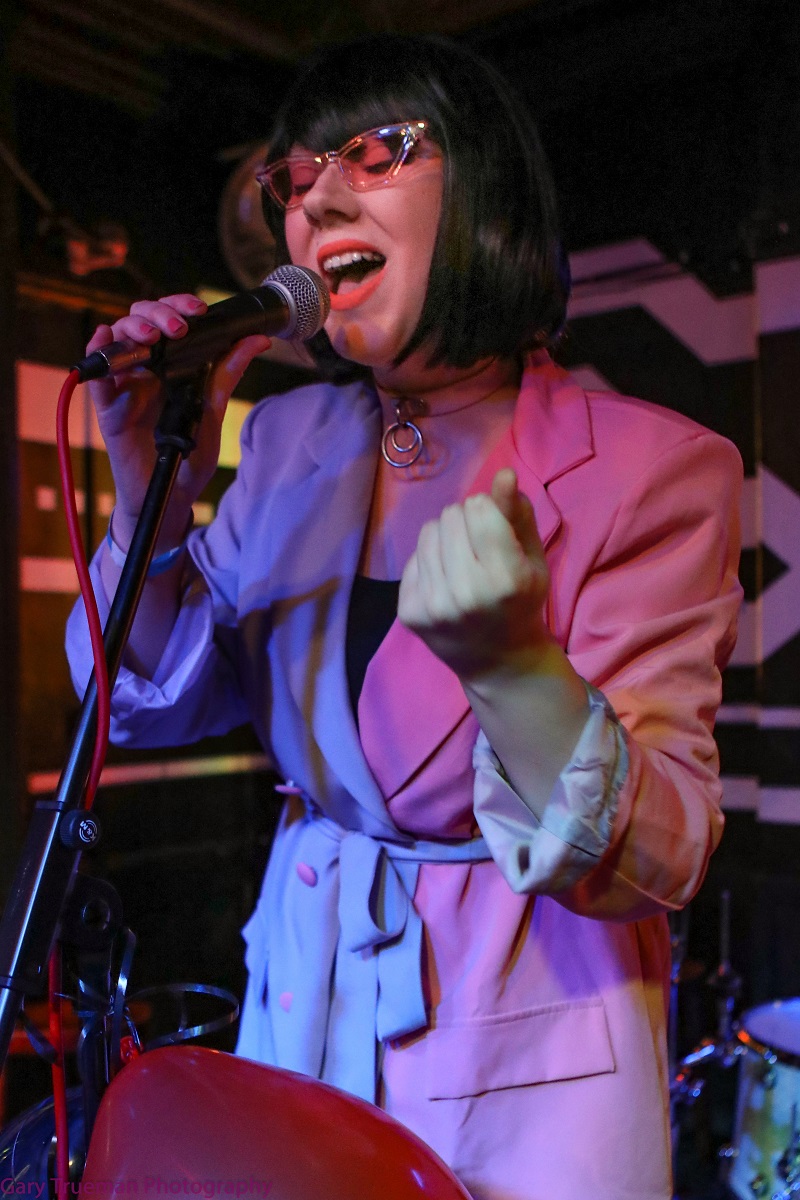 What happens if you love to party and love to dance but you’re a metalhead? You listen to Pulverise is the answer. This band just nail the whole groove vibe and bring it with big smiles on their faces too. We all know how Skindred have mashed things up and hit on such a great formula. Well Pulverise have that same thing. This is more a rap/rock fusion but the effect is the same. Huge hooks, sing a long choruses and beats you just can’t…. beat. Making waves in the underground the only real question is why the hell aren’t these guys already national heroes of noise? 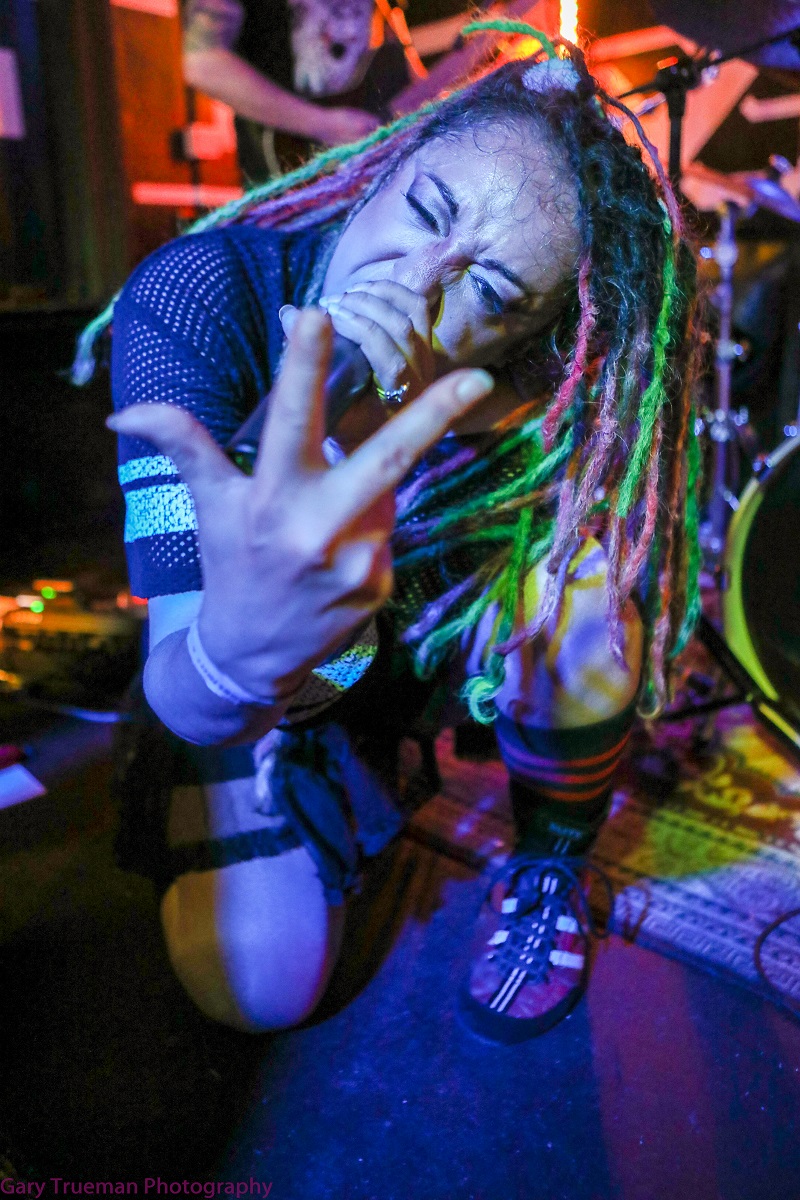 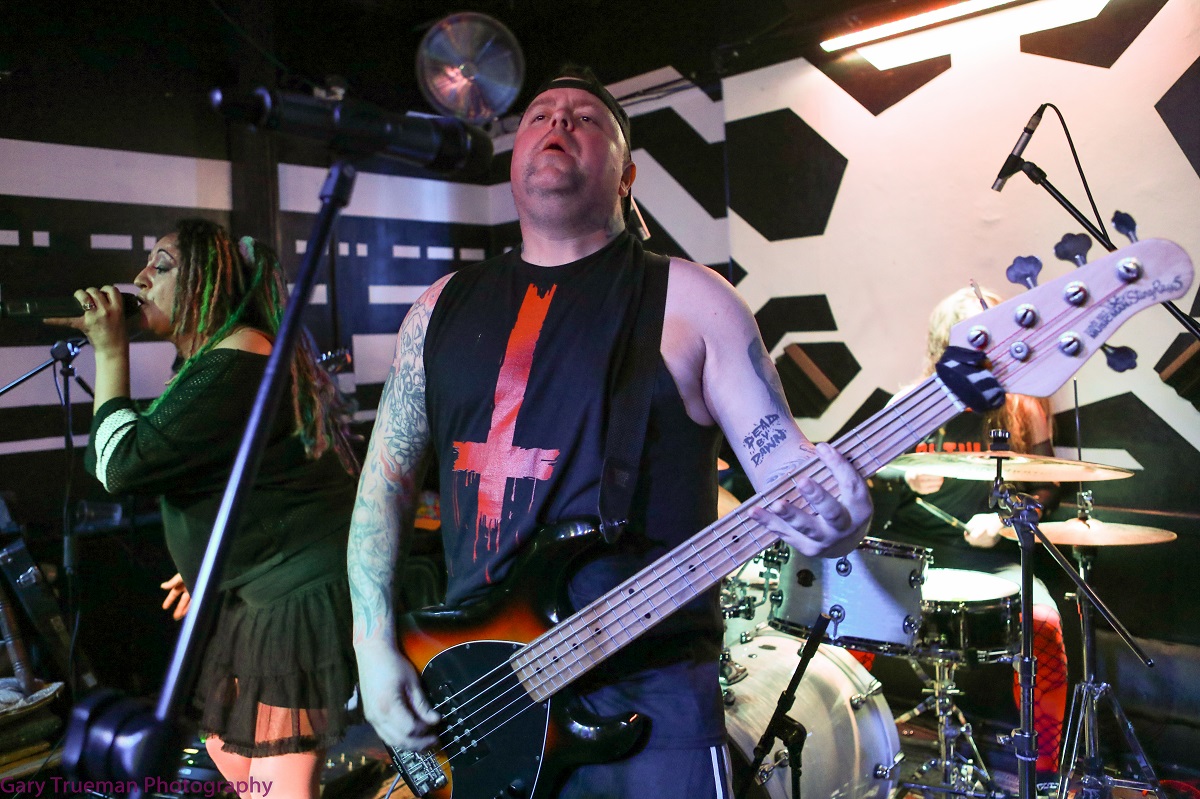 It’s Vish’s birthday gig and the theme is Blasphemy so adding to the usual eclectic style Pretty Addicted bring are wimples, inverted crosses galore and a large helping of hail Satan. This is the place where Pretty Addicted thrive, on stage and cutting loose. Tonight we get treated to some new material and a feeling that other things have been refreshed too. Ultimate banger Mania is dispensed with quickly by opening the set. It’s a smart move that instantly ignites the crowd but also allows for other songs to shine through without that weight of expectation. The drums are brisk and ultra precise. The bass is just utterly sublime. And Vish, well tonight she’s on fire. It’s a complete performance. We get a higher degree of cleaner vocals mixed with more focussed screams than ever before and it’s a game changer. The sheer effort put into making the show visual is also a huge part of why this is such an outstanding performance. Undefinable, Pretty Addicted just raised their bar once again. 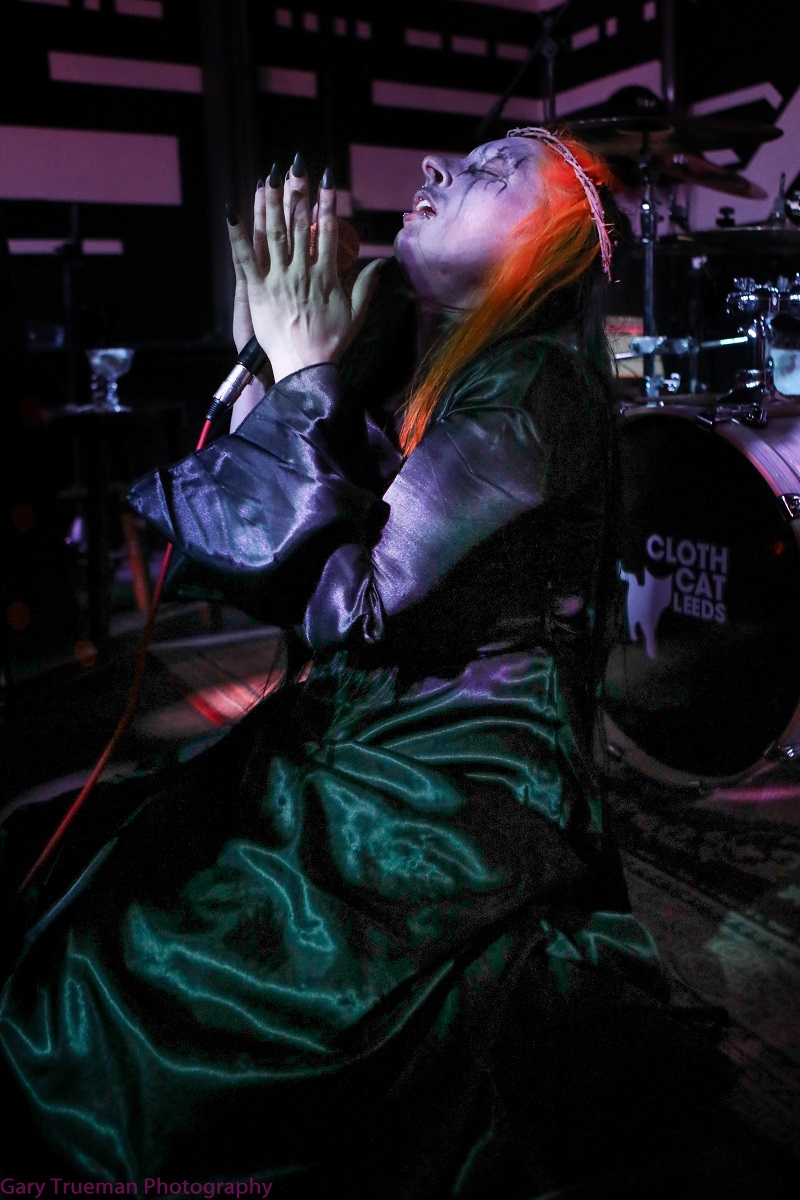 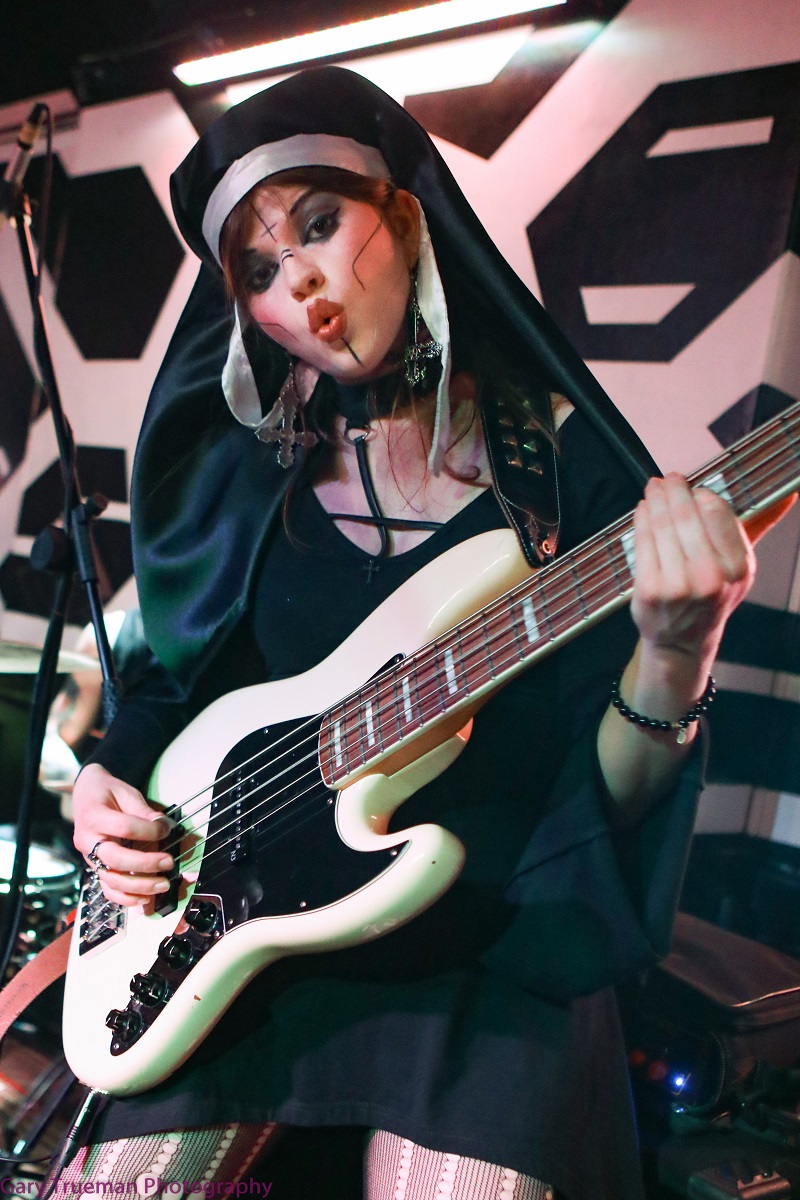 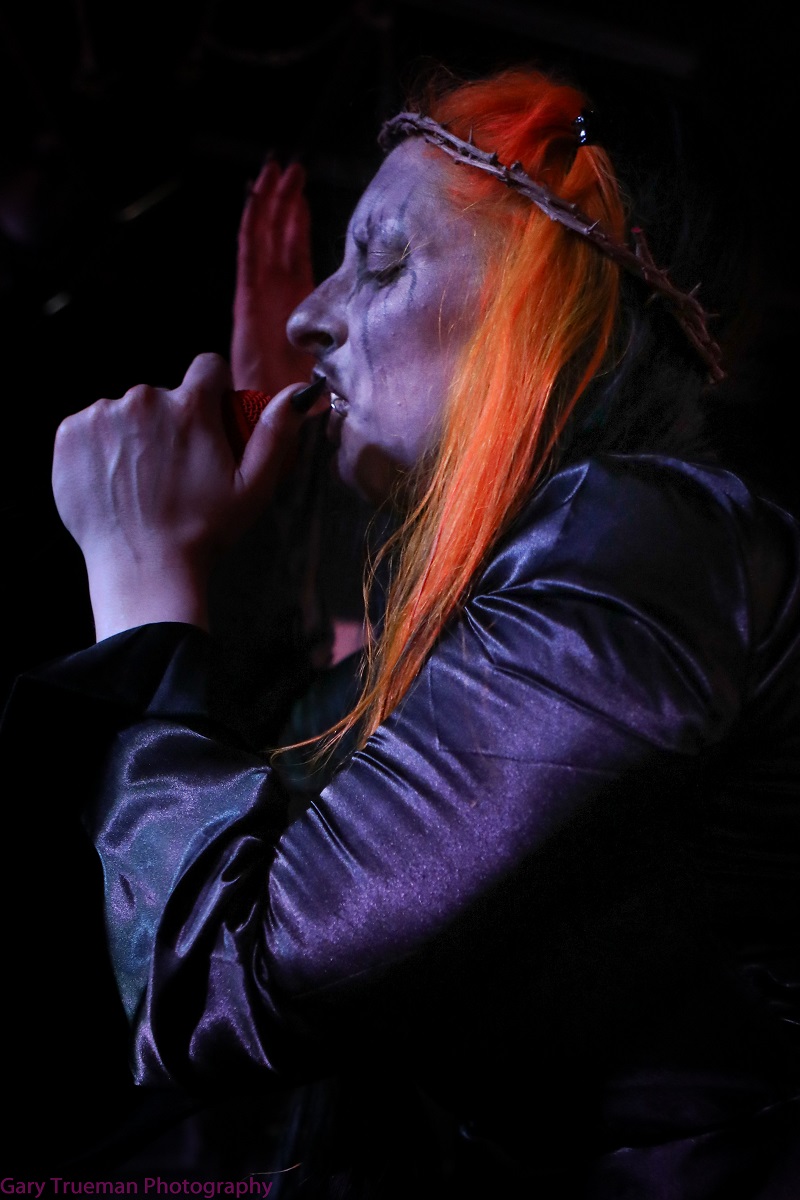 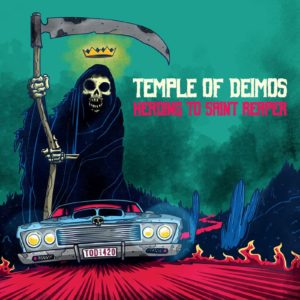 Temple Of Deimos Heading To Saint...
Copyright 2017 Devolution Magazine. All Right Reserved.
Back to top