A brand new album. A banging tour. And that’s just at the beginning of the year. Where the hell The Risen Dread are going to end up if they keep on putting in shifts like this is anyone’s guess. Devo’s Jo Wright hands over to the boys themselves – the self-christened ‘Cannabis of the Metal World’… 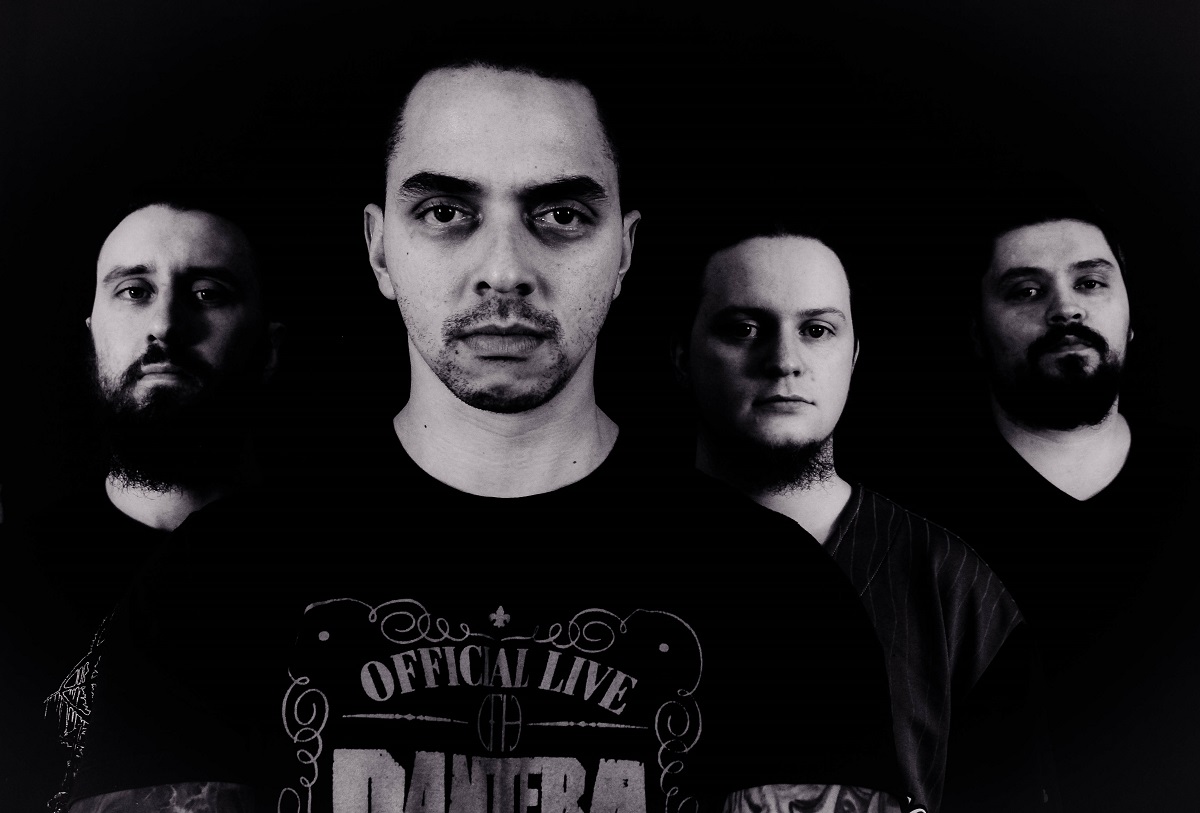 “We’re like the writers of ‘The Simpsons’!’ The Risen Dread chortle as they join Devo for a Zoom chat. ‘We predict the future!’ Super! Could the quartet’s next song be about diesel prices dropping? Or the leccy bill NOT doubling? ‘Winning the EuroMillions!’ they laugh. ‘Cigars and Whiskey!”Yep – these would also do.

Sometimes it feels like not a day goes by without equating at least one element of it to an episode of ‘The Simpsons’. But how exactly did Devo get to this stage while interviewing The Risen Dread, as they drive to Germany for their final show of the United Titans Tour headed by Marduk and Vader? Well, ‘Night Hag’ track ‘Fallen’ appeared in a previous form on the band’s first EP back in 2019, and is about the mental anguish of soldiers sent to war. If only it wasn’t the case that at the minute this is so, so poignant. The whole of ‘Night Hag’ itself is serious in subject matter. With mental illness running through its veins, the band’s debut LP includes songs about OCD, sleep paralysis, dementia and mass murder. And the band are open about their own mental health.

“It’s very important to us,’ drummer Colum tells Devo, ‘because during lockdown I didn’t do well. I stopped eating and sleeping, and I lost ten kilos in a week.’ Bassist Mat struggles with issues including social anxiety, and lead singer Marco suffers from sleep paralysis.  I rang a lot of mental health support lines in Ireland, and one of them hung up on me,’ says Colum. ‘But that’s the point – they are so underfunded and understaffed.”

The album is actually named after an image that has cropped up throughout time in relation to sleep paralysis.

There is a reference to this, what must be horrific vision, in each track on the album which bears its name.

“That was the idea, so we could link the tracks,’ says Marco. ‘It’s terrifying,’ he adds. ‘There’s no cure for it. You learn how to deal with what is happening, and to try to control it and try to wake up, but there’s no way to predict when it will happen.”

Calling the band The Risen Dread is also much more significant than a play on words.

“The name has a mental health link,’ explains Colum. ‘We were trying to think of names and we went through a lot of different ones. I had the idea that you have a feeling that something’s wrong but you can’t tell what. Existential dread rising within – it’s the risen dread.” 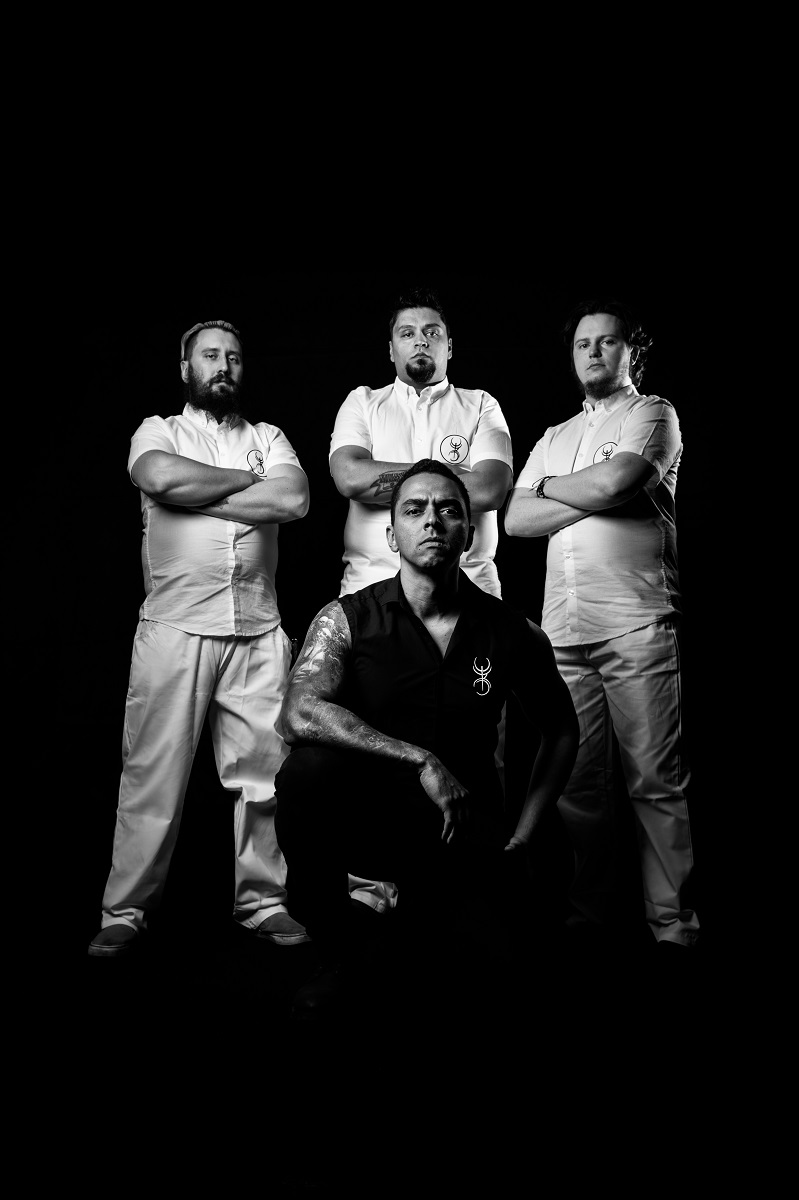 As well as their own internal battles, the band’s new record delves into some pretty eye-opening and brutal history, none more so than track ‘White Night’, about a massacre of more than 900 souls in Jonestown, Guyana, in 1978. You probably weren’t taught this at school, so let The Risen Dread’s extreme sound educate you about a cult whose members were poisoned with cyanide. ‘White Night’ also features a solo by Sepultura’s Andreas Kisser, which was actually his birthday gift to Marco! Beats getting socks, no? So, ‘Night Hag’ by The Risen Dread; it’ll make you mosh, make your face melt and make you more cleverer

“When Marco researches something, he does so for hours. We watched ten or twelve Jonestown documentaries!” smiles Colum.

Moving on to the dates the boys have been playing with Vader and Marduk – how’s it been going?

“It’s pretty weird seeing people’s faces,’ says Mat, now that we are all unmasked. ‘That’s the thing I find most strange about it!”

And the songs? Over to Marco.

‘’Bury Me’ is one of my favourite tracks to perform live. It’s a challenge to sing it. There’s so much energy – especially when the drums kick in. It gets a very intense reaction.

Wanna know what ‘Bury Me’ is about? Brace yourself. The third track on ‘Night Hag’ is inspired by Cotard’s Syndrome, which causes sufferers to believe they are dead, some of their body parts are dead, or that they don’t exist at all.

Marco tells Devo the last recorded case was around 100 years ago and adds, “When I read about it for the first time, I thought, ‘this is terrifying’.”

So where do this Irish-based band sit on the spectrum of musical styles? This is an interesting one. Metalcore keeps getting mentioned, but after just a few seconds of hearing ‘Night Hag’ it’s clear there is no one genre that can hold The Risen Dread down.

Colum tells Devo, “One of the things we’ve said on this tour is we don’t fit in a category. We’ve had different people coming up to us and they’ve said they have never heard someone mix death, black, hardcore and groove – but we’ve done it! I refer to us jokingly as cannabis of the metal world!”

Okaaaayyyy… Anyhoo, the band are (rightly) extremely pleased to release their debut out into the big wide world.

“We’re proud of what we’ve put out,’ says Colum, ‘and we’re happy with what we’ve done.” 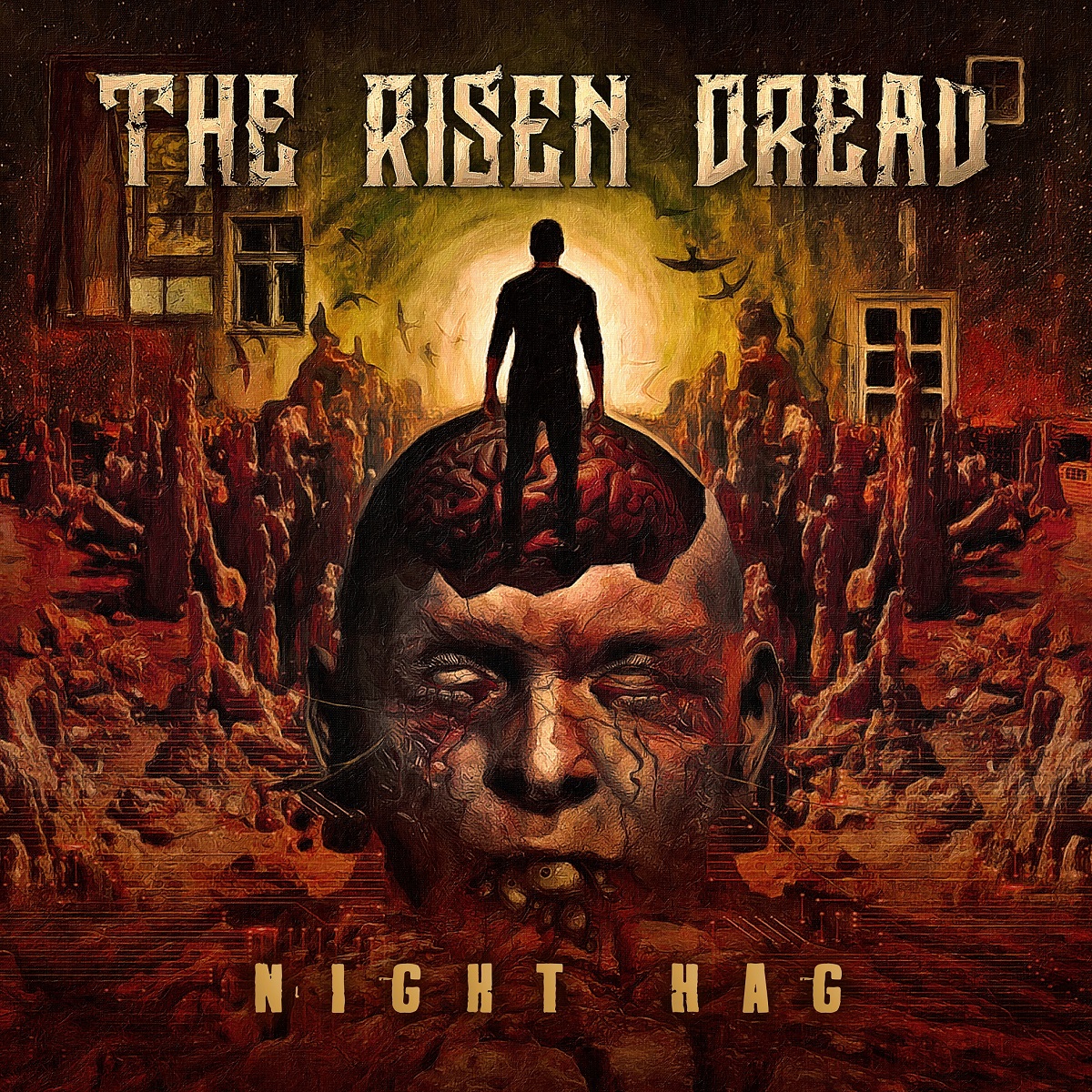 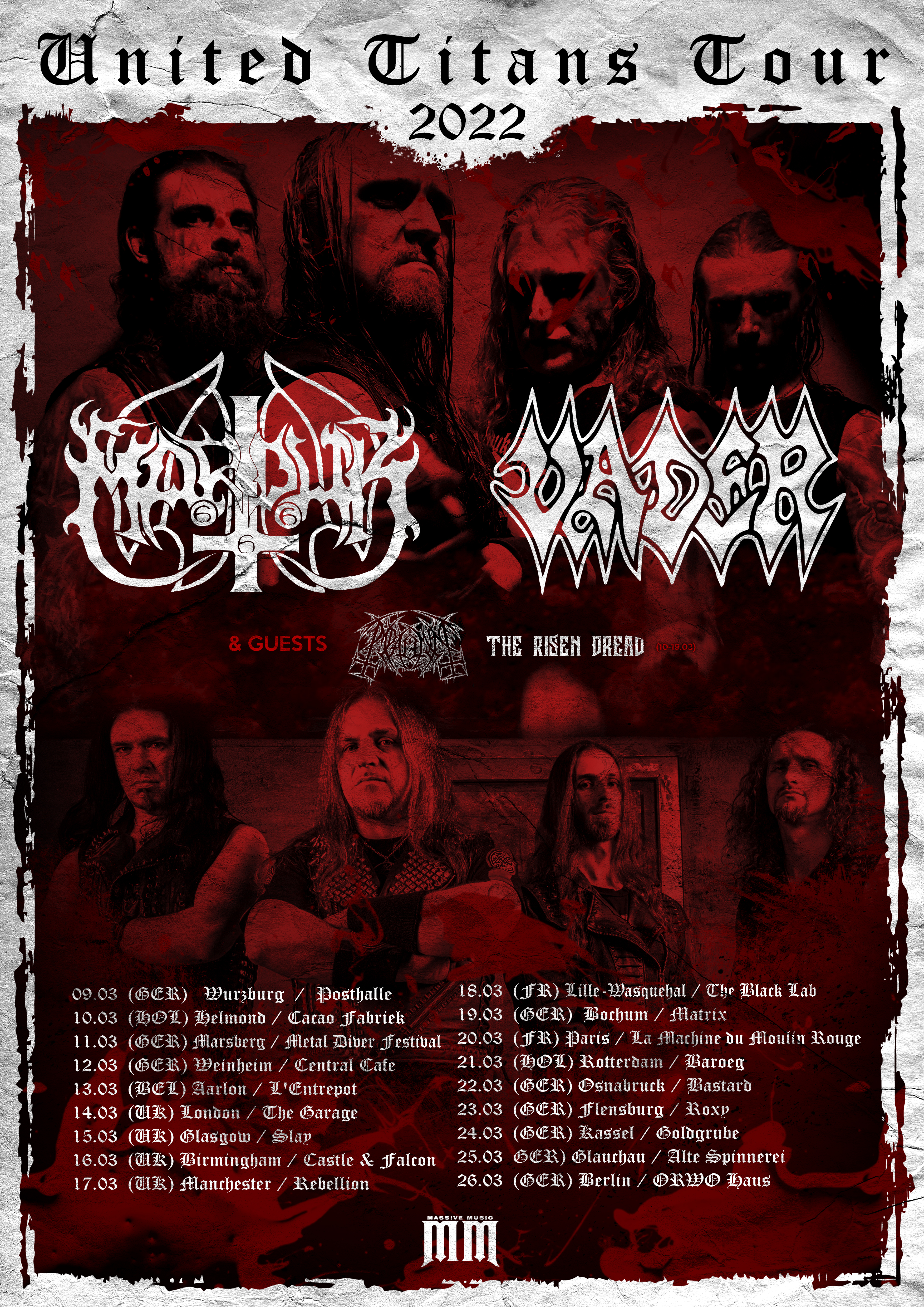 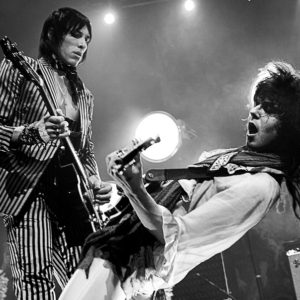 Tonight is a special night for LA rockers Palaye Royale. The last two years have been tumultuous in terms of tour dates with...
Copyright 2017 Devolution Magazine. All Right Reserved.
Back to top