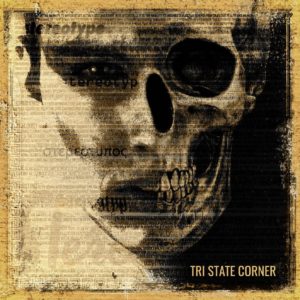 Tootling around the countryside with ‘Stereotype’ playing in the background for the past week has been an enjoyable experience. Bear with – there’s a point to this (frankly bizarre) intro. There is nothing offensive about this record. If you choose to blast it from your car/home with the windows wide, those within earshot will not be affronted. In fact, they will more likely be interested. Because here’s the thing – Tri State Corner are pioneers of Bouzouki Rock. Now, the Bouzouki is a Greek instrument which looks sort of like a guitar but different, sounds sort of like a guitar but different, and is the focal/aural point of ‘Stereotype’. This album has a folky/progressive/maybe almost medieval twang to it, while retaining rock roots and genuine, emotive lyrics. And it is really bloody catchy. Because, to refer you back to the rambling intro, after a few days of doing the school run (humans and puppy), running errands (for humans and puppy) and doing basically all the things, Devo found herself singing ‘Stereotype’s’ songs to herself. Unique, catchy and a great accompaniment to getting sh*t (human’s and puppy’s) done. And with a Bouzouki. What more could you want? 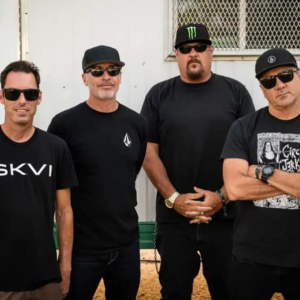