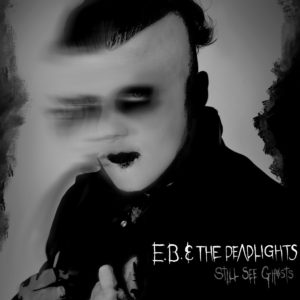 Since forming last spring to the release of their debut EP things have moved frighteningly fast for Belfast band E.B. & The Deadlights. From the heavy metal of White Zombie to the shock theatrics of Alice Cooper they draw inspiration from a whole pantheon of rock n’ roll greats yet their sound is uniquely original. Opening to a wall of glorious feedback and an unearthly scream ‘Nightmare Or Reality’ sets the tone for Still See Ghosts and it’s a full-on sonic assault. In fact, if you found yourself in hell then I’m sure this EP would be blasting from Satan’s stereo. Imagine Leatherface on the rampage with a chainsaw whilst surrounded by a swarm of angry bees then you’d have something approaching the visceral nature of ‘Heathen On My Mind’. However, The Deadlights are far from a one trick pony as their sound incorporates Southern rock and horror punk before we arrive at the aptly titled ‘Still See Ghosts’. It’s a wispy, atmospheric closer that seems to emanate from another dimension. Making good use of loud and quieter passages it flits from speaker to speaker like a poltergeist and its refrain will haunt you long after the disc’s stopped spinning. 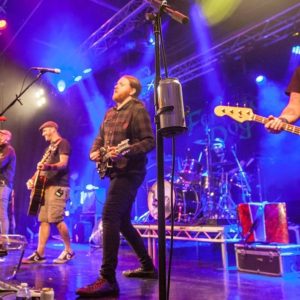 Ferocious Dog / Tony Wright / Jake Martin Holmfirth Picturedrome  27/11/2021 It’s a credit to everyone that...
Copyright 2017 Devolution Magazine. All Right Reserved.
Back to top