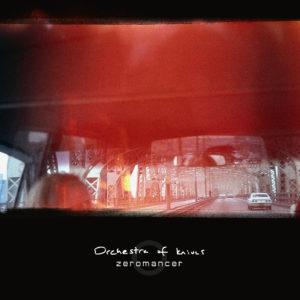 Norwegian Industrial legends Zeromancer are set to release their brand-new album “Orchestra Of Knives”, their first in eight years, through Trisol Music Group on September 24th 2021.

We are all but a piece of history. Here now, gone in a whiff. What matters is what we do with the decades in the sun bestowed upon us. ZEROMANCER know very well what to do. For more than 20 years, the Norwegian electro rock stalwarts acted as the architects of human nature, as chroniclers of our woes and hopes, our loves and broken hearts. Never much for nostalgia, the long break since their fantastic last record “Bye, Bye Borderline” has clearly changed the shape of artists extraordinaire Alex Møklebust and Kim Ljung. After eight long years of silence, their return triumphant with “Orchestra Of Knives”, a wistful, brooding, bittersweet inventory of humanity, of life and death, darkness and hope.

Elegantly electronic as ever, the new songs draw a remarkable strength from their monumental arrangements and foreboding aura. Embellished by a vague sense of nostalgia and enhanced by old family photos from the private Ljung vaults, “Orchestra Of Knives” is ZEROMANCER’s dark night of the soul, an odyssey trying to coming to terms with the ineffable fact that we’re all going to die. Instead of wallowing in misery and self-pity, however, the Norwegians chose to use this intense realization to craft some of their most touching, most heartfelt and easily most monumental songs ever. After all, we are still here, aren’t we?

This is their “Songs Of Love And Death”, a manifesto of everything that makes us human. The towering “Stand on Ceremony” is a lesson in ritualistic beauty, the iridescent flickering that is “Mourners” easily ranges among their finest moments on “Sinners International”, “Damned Le Monde” is an angrily throbbing industrial rock hydra, and “Terminal Love” is nothing but an ingenious love song that makes you wanna cry out in a sudden burst of euphoria and endorphins.

The harsh and the mellow, the dark and the light, the depression and the elation all flow together on “Orchestra Of Knives”, an album worthy of the turmoil of our age. Once and for all, ZEROMANCER are the masters of electronic melancholy, the designers of a musical world nourished by the shadows we cast. It’s been too long since we felt understood and at ease merely by listening to a song. 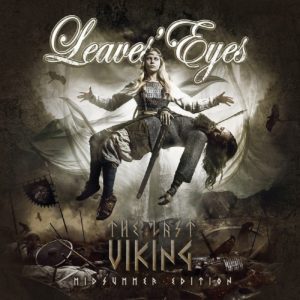