Interview: Sophie Sparham ” I really want to write a poem about wheels because most things I love are on wheels.”

Sophie Sparham is a bit of a wordsmithing heroine. She’s modern day poet that connects to the alternative crowd, delivers meaningful prose with wit and also likes to roller derby. She’s just bought a new motorbike. Oh, and she loves the countryside too.  Gary Trueman caught up with the dreadlocked Derby lass for a chat about her new book, planning gigs and her liking for grapefruit. 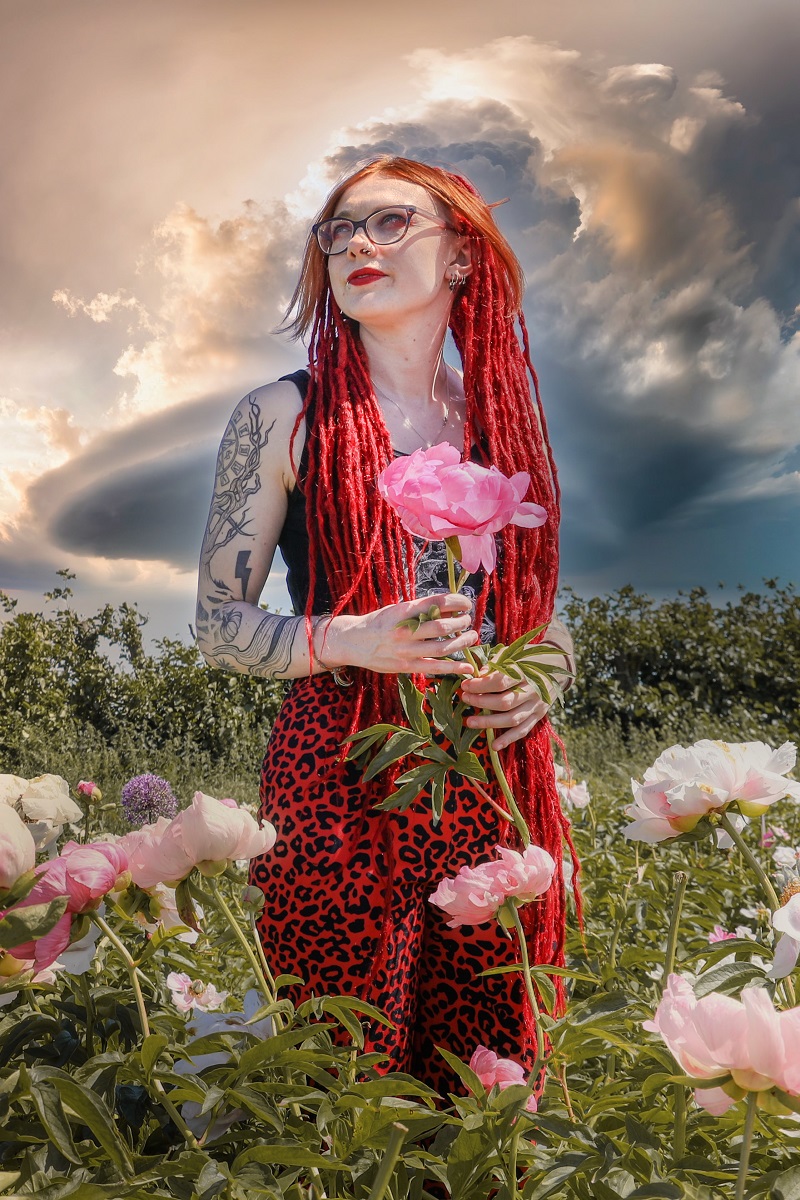 Let’s start with how you’ve been affected by not being able to perform. What happened when everything shut down?

“I lost all my work in three days. I had a year’s worth of work planned with gigs and workshops and commissions. It all just evaporated, which was very intense. Stuff did slowly start to come back online. So I’ve ended up doing a lot of online gigs. The launch for my new poetry book was online. Hopefully now we can start to look to get back to doing gigs in real life. I did one recently in a café which was socially distanced. I guess we’ll just have to see what happens.”

What did you fill your new free time with? Did you cope with it all well or did you have many a personal crisis being in lockdown?

“In used to struggle spending a lot of time on my own , I wasn’t very good in my own company. But I’m a lot better at that now. I’ve spent a lot of time on my own. I’ve got my own office at my house anyway so I’m used to working from home. Being a writer you do spend a lot of time solo. For me the biggest thing it changed was that it made me re-connect with nature. I grew up in the countryside and then I moved to the city and found many substances which occupied my time. And now that I’m older and sober I’ve started to re-connect. My house has been done up right through Covid. I’ve had no heating through the last winter. So I’ve learned how to chop wood, I’ve learned how to use a chainsaw and build a fire. I’ve learned how to read a map and use a compass. I’ve done my first wild camp. I’ve been doing tree identification and bird watching. I’ve gone a bit feral basically.”

You mentioned your new book ‘The Man Who Ate 50,000 Weetabix”. Let’s discuss the title.  What’s that all about?

“My father is a man of very few words and very old school. He once turned to me very randomly in the house and said he’d been doing some calculations and he reckoned he’d eaten 50,000 Weetabix in his life. I told him they should give him a free box. That was it, he just walked off and did his thing again. Haha. It kind of summarised perfectly for me what I was trying to do with the collection. It’s about how ordinary things can be magical and extraordinary if we give them enough time. That’s what I was trying to get at, and it’s just a very silly title. I love silly poetry titles and silly names for things so I thought why not?”

Do you find that putting your thoughts into poem form gives you a fresh perspective on things?

“It does. I write poetry to understand things. I write fiction to escape and poetry to try to make sense of the world. Sometimes I want to write a poem about something but I don’t know what I want to say. Then as I’m making notes it will become apparent, so I use poetry to explore.”

We know from our last chat that you’re Dyslexic. Has how you live with that changed? Are you living with it better now because of performing on stage? As you’ve got older are you coping better now?

“Dyslexia is still a pain in the arse but you kind of work out what works best for you. For example when I go into schools and I’m thinking I’ve got to write on the board and it’ll be spelt wrong, I ask Timmy to come up and write this or that down for me. You find ways to cope around stuff. I understand my writing process a lot better which helps me work around my Dyslexia. I also have a team of proof readers which helps. My friend Eva who is from the Czech Republic is one of the best proof readers that I’ve got. And it’s hilarious because English is her second language.”

What were the influences for the poems in your new book?

“Probably not what you think. The two main influences if we’re talking about artists are probably Tom Waites and Bruce Springsteen. I like the way Bruce writes about small towns and the people in them. I like how Tom Waites becomes this character and is really observational. He writes about things that are a bit grim, not necessarily what people would focus on normally which is what I wanted to do. I was also watching a lot of Shameless so some of that made it in there.” 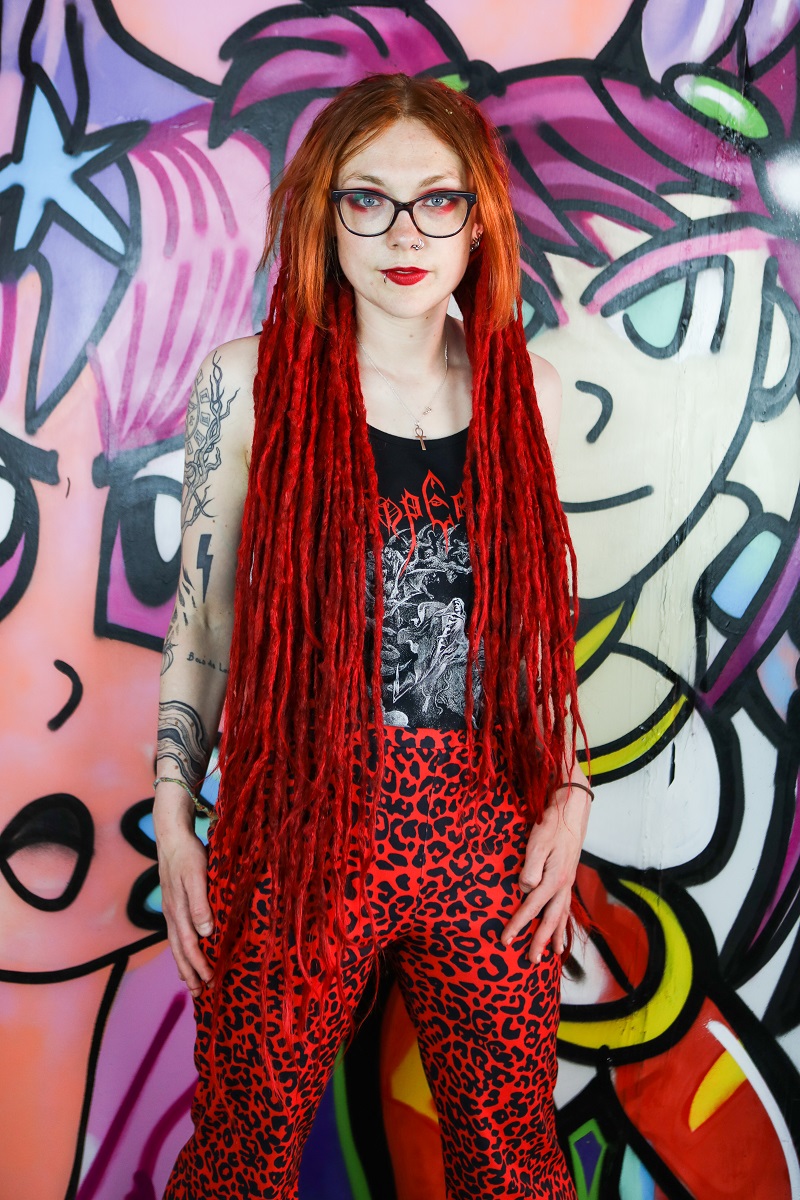 People that have seen you perform say that when they read your work they read it in your Derby accent. And that they read it with the same passion you have on stage. Do you think that once you’ve seen someone perform on stage there’s an inevitable connection and that it’s more understandable when you read it back you read it as you’ve seen it performed?

“Yes, I agree. I tend to like peoples work more if I’ve seen them live because I’ve seen it in context. One of my favourite poets, Caroline Bird, she’s just written a collection which is very surreal, a very cool piece of work. I really enjoyed it. But when I saw her talk about it and perform it, It just gave me an extra layer of understanding. Reading stuff in her voice, which you do tend to do. It does help with context with poetry.”

You’ve been involved with a music project too.  Tell us a bit about that.

“Well me and my friend Chris who plays sax and guitar were both home during lockdown and he suggested he put some music to my words. So he did that and it sounded cool. We did it all on an i-pad at his house. We mixed it there. Then we did another album type thing after that too which is all observational pieces about nature. It was just fun and something to do.”

It’s good to see women speaking out about misogynistic behaviour. We’ve seen this quite a bit in the film industry particularly. Women are coming forward a lot but there must be more to come particularly in the world of music?

“I think there is a lot more to come out. It’ll be interesting to see in the next few years how things pan out. Someone said to me recently that they didn’t understand why it takes women so long to come forward and why don’t they just leave it. These incidents can have a major impact on someone’s life, and people are scared, they have been really frightened to come forward. They’re scared they’re not going to be believed or that it’ll affect their jobs, that people won’t like them. I think that women are getting more confident and finding strength. It only takes one person to speak out to give others confidence to do the same. People also don’t speak out because they think they’re causing a problem. It’s the guy that’s caused the problem.”

You don’t just do poetry and music, you also do roller derby. What is roller derby for those that don’t know? And it’s a bit rough and tumble too isn’t it….. a bit violent.  How do you get on with that?

“Yeah, I’ve seen some gnarly things. I’ve seen someone break both of their wrists at the same time. I’ve seen someone’s foot turned round the other way. Roller derby is done on an oval on roller skates. You have a team of blockers and a person called a jammer with a star on their hat and you try to get past the opposite team’s blockers to score points. It hurts!  It’s weird, I never thought I would be able to do it because I’m not a sporty person although I have run a marathon.  I won’t run another one though. One is enough. Roller derby is so supportive though and the people are lovely. You really get a community, like a second family.”

Is it a good way to vent?

“Yes it is but so is chopping logs. You aren’t allowed to punch people or anything but you can run into them.”

It seems a bit of a contradiction that a vegan pacifist poet likes to roller derby. Have you ever written a poem about it?

What are you getting?

“I’m getting a Royal Enfield Interceptor. A 650. I really love motor biking…. And roller skating.”

Imagine someone has a magic circle and they want to summon you. What three things would they need to put in the circle to make you appear?

“Well, an Earl Grey tea with soya milk. Probably a Star Trek box set. I’m not picky on which, I’ve seen every Star Trek episode. Maybe Deep Space Nine or the original series. And a grapefruit, because they’re the tastiest fruit. I love sour things.” 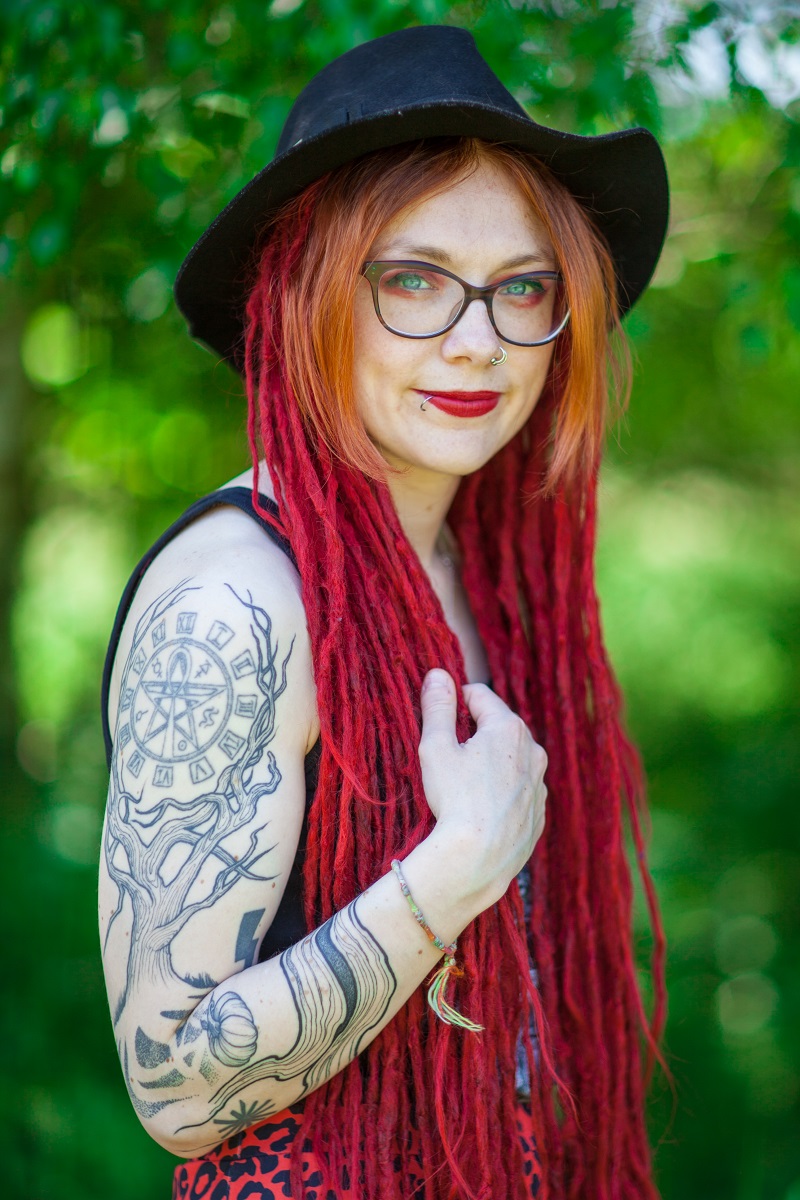 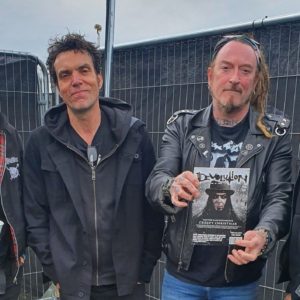 With a formidable back catalogue and consistent writing and performances The Wildhearts have endeared themselves to rock...
Copyright 2017 Devolution Magazine. All Right Reserved.
Back to top