Interview: Frozen Soul “Frozen Soul is about all of our struggles throughout life.”

Death metal has played a vital part in driving heavy music forward for several decades now. It remains removed from the main stream like almost no other genre or sub-genre. As a music form it’s now old enough to have its classic bands and new acts have tended to drift along a little bit of late. Frozen Soul are something truly refreshing. They have, in part, a classic sound, and yet they’ve managed to put out an album in Crypt Of Ice that is chillingly fresh. Gary Trueman chatted to the Michael and Chad about those classic influences, the group writing process and which albums they’d want on a desert island. 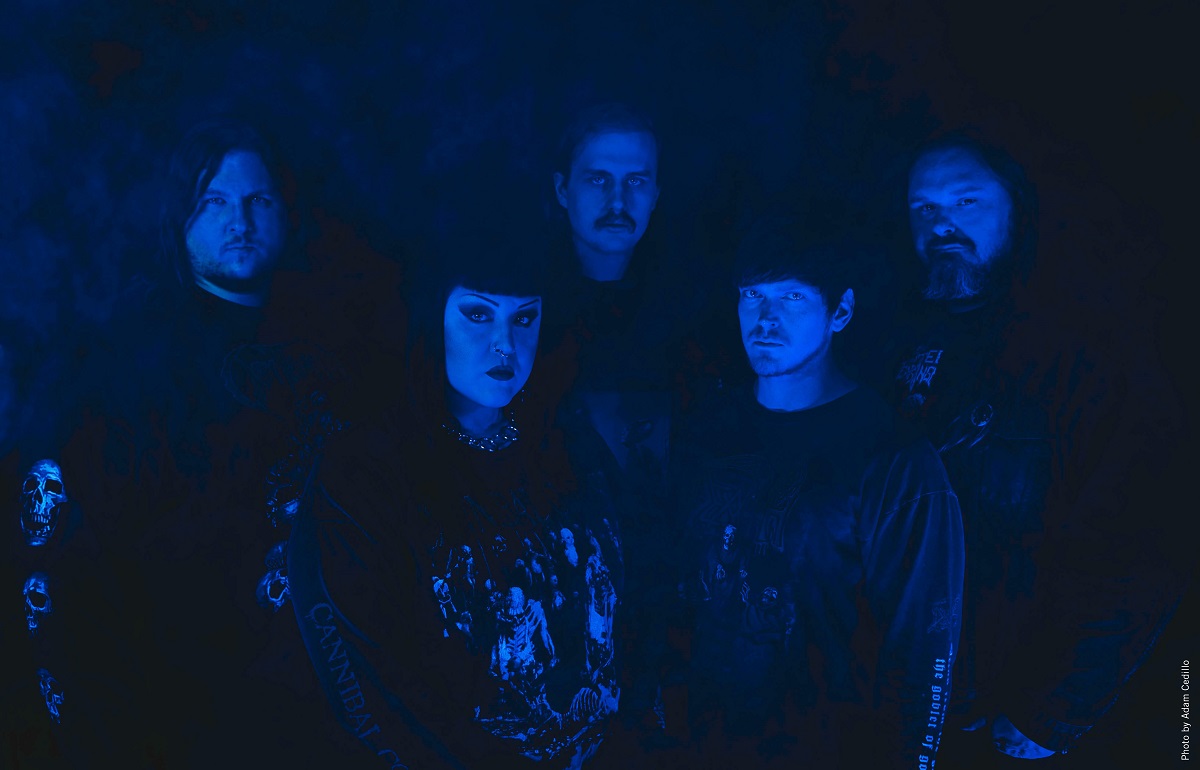 “Thanks for the questions! Frozen Soul is Chad Green (vocals), Michael Munday (guitar), Chris Bonner (guitar), Samantha Mobley (bass), and Matt Dennard (drums). Chad and I (Michael) first met in 2016 at a comic book store over some games of Magic: The Gathering. After becoming friends I had asked Chad if he would be interested in starting a band together. We started Frozen Soul and eventually put it on hold to bring Chad’s other band “End Times” out of hiatus, which i would end up joining. Fast forward to 2018, after finishing writing and recording an LP for End Times we decided to revive Frozen Soul. We recruited Sam to play bass and recorded the “Encased in Ice” demo. After a few line up changes, Matt and Chris eventually joined the band and the rest is history!”

You play what has been described as classic death metal.  But there are some modern twists in the mix too.  Is that a fair description? How would you describe your sound?

“I would say so. The best way I can put it is that it sounds like a fucking blizzard with razor sharp ice cutting through you haha.”

What are the band influences? There must be some Bolt Thrower in there? Do any of the band members listen to music outside of the heavier end of the metal spectrum?  If so who? Any real shocks, a hip hop lover maybe?

Bolt Thrower definitely has a huge influence on all of us personally. Some others in the realm of metal include Mortician, Obituary, Metallica, Sentenced, & Grave. We’re all pretty big fans of the band Men I Trust from Montreal, Quebec if you can consider that a shock haha. It’s really catchy, easy listening and a great palette cleanser.”

Your debut album Crypt Of Ice is brutally heavy and yet has a level of, dare we suggest, accessibility about it. Like all great death metal albums there’s structure and melody. Do you think sometimes bands can forget the basics in striving to be more technically complex?

“Yes and no. It’s all about how a song flows. Something common I see with some bands is that they can play some really good riffs, but they play them for too long or don’t progress the song in a way that flows well which can turn people off from it.”

What is your writing process? Do designated people handle song writing and lyrics or does everyone contribute ideas across the board?

“In the early days, it was just Chad and I doing all of the song writing. Usually I come up with riffs and have an idea of where it fits into a song. Chad is really good with arrangements so we’ll take both our ideas and mesh them together. Now with Chris & Matt on board, we have 2 extra heads coming up with riff ideas and everything else that comes with song writing. Sam & Chad both write lyrics, but Chad will come up with the vocal patterns. All in all, everyone contributes in their own way, be it riffs, patterns, or lyrics.”

You’re releasing the album at a difficult time with a global pandemic. How was the recording and mastering process? Was it affected much?

“The recording process was crazy! We were in the studio right as things started to shut down in the US, and that added some unnecessary stress. Thankfully we got all of the instruments done on time and ended up finishing vocals at our producer Daniel Schmuck’s house.”

You’ve embraced the fantasy connection that other bands have explored in the past but yours is in some way a bit more theme like, Game Of Thrones meets a very dark Frozen comes to mind. Is that simply the escapist nature of the music or does it run a bit deeper than that in Frozen Soul?

“At its core, Frozen Soul is about all of our struggles throughout life. It’s an escape from the “real” world, but also a way for us to symbolize our pain, our depression, and our anger. We take the thematic approach because everyone gets cold, everyone struggles in one way or another, and it makes it more relatable.”

That theme is enhanced by the album cover which is pretty awesome. Who’s the artist? What was the thought process that went into it?

“Velio Josto is the mastermind behind the cover! I had the idea of having a bunch of bodies in a frozen lake with an endless abyss underneath it. The general idea is that this lake is where the killer known as the Wraith of Death would dispose of the bodies of its victims. We went through a few different sketches with some different perspectives, some with the killer standing over the bodies, but we eventually pulled the trigger on the cover you see now.” 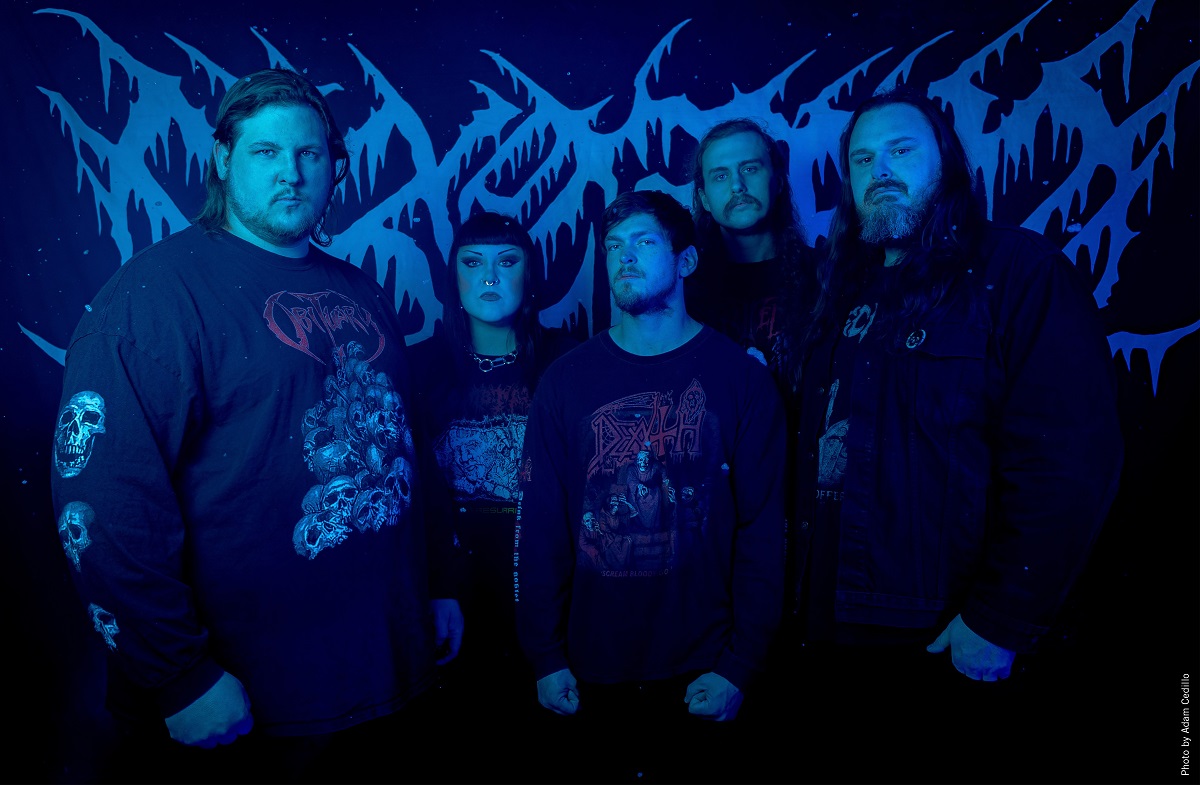 Bass player Sam is also a tattoo artist. So band tats all round then?  Where does she have her tattoo parlour?

“So far Chad and I are the only ones in the band who have been tattooed by Sam, but we will definitely be getting more! She currently tattoos at Salty Dog Tattoo in Lake Worth, TX.”

When we’re on safer ground and a bit more on top of the pandemic will you be looking to tour the album?

“We will be all over the place, that’s a guarantee.”

Will you be looking to come to the UK and Europe at all?

“We’ve been trying to get across the pond! With the exception of Chris, the rest of us have never toured UK/Europe and it would be a dream come true to play over there.”

Some questions for Chad. Have you had any comparisons to other vocalists. Jon Tardy or Karl Willets for instance?

“Absolutely those are two of my favourite vocalists and I would be who I am if it wasn’t for them.”

Do you do anything to keep your voice intact. Warm ups, vocalzone etc? Or is it all whisky and cigarettes and be damned?

“I usually use this tea call throat coat and that’s about it. I destroy my vocal cords.”

As a band what would you say are your best and worst traits?

“We’re definitely hypercritical of what we write and over analyse to the point where it drives us crazy sometimes hahaha. But we’re also very determined and we don’t let anything stop us from achieving our goals.”

Let’s wrap things up with some desert island discs. You’re stuck on a desert island for a year. What five albums would you want to have with you to play and why?

“Sentenced – Shadows of the Past, Metallica – Ride the Lightning, Iron Age – The Sleeping Eye, ZZ Top – Tres Hombres and Bolt Thrower – Mercenary.  These all get us fucking pumped to do whatever we need to do, these riffs will give us the strength needed to survive a desert island for 365 days.” 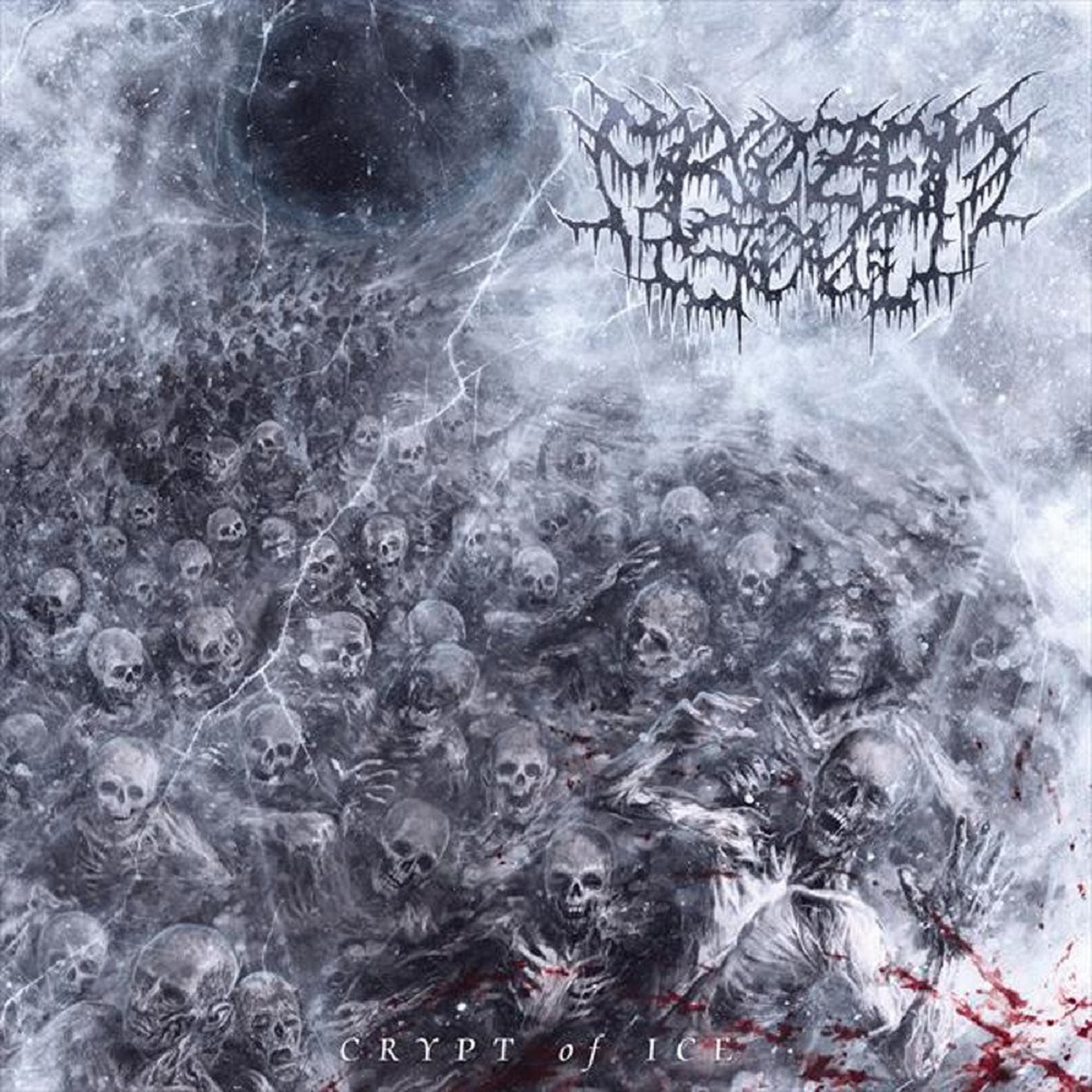 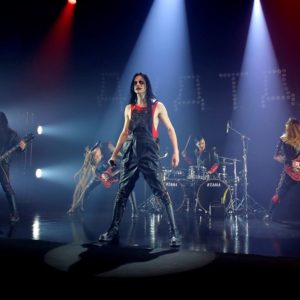 Avatar: Age Of Dreams (live stream) Avatar is life. Well, to this Devo girl anyway. Get in her car – Avatar is playing....
Copyright 2017 Devolution Magazine. All Right Reserved.
Back to top