Interview: Imperial Triumphant – “We take a lot of chances musically.”

Imperial Triumphant have taken black metal out of the dark forests that have been its lair for so long, dusted it down and given it a sharp suited makeover. They’re pushing the envelope, giving extreme metal an urban vibe and also do a breath taking line in scary masks. Gary Trueman spoke to the band about their music, the pandemic and those striking masks. 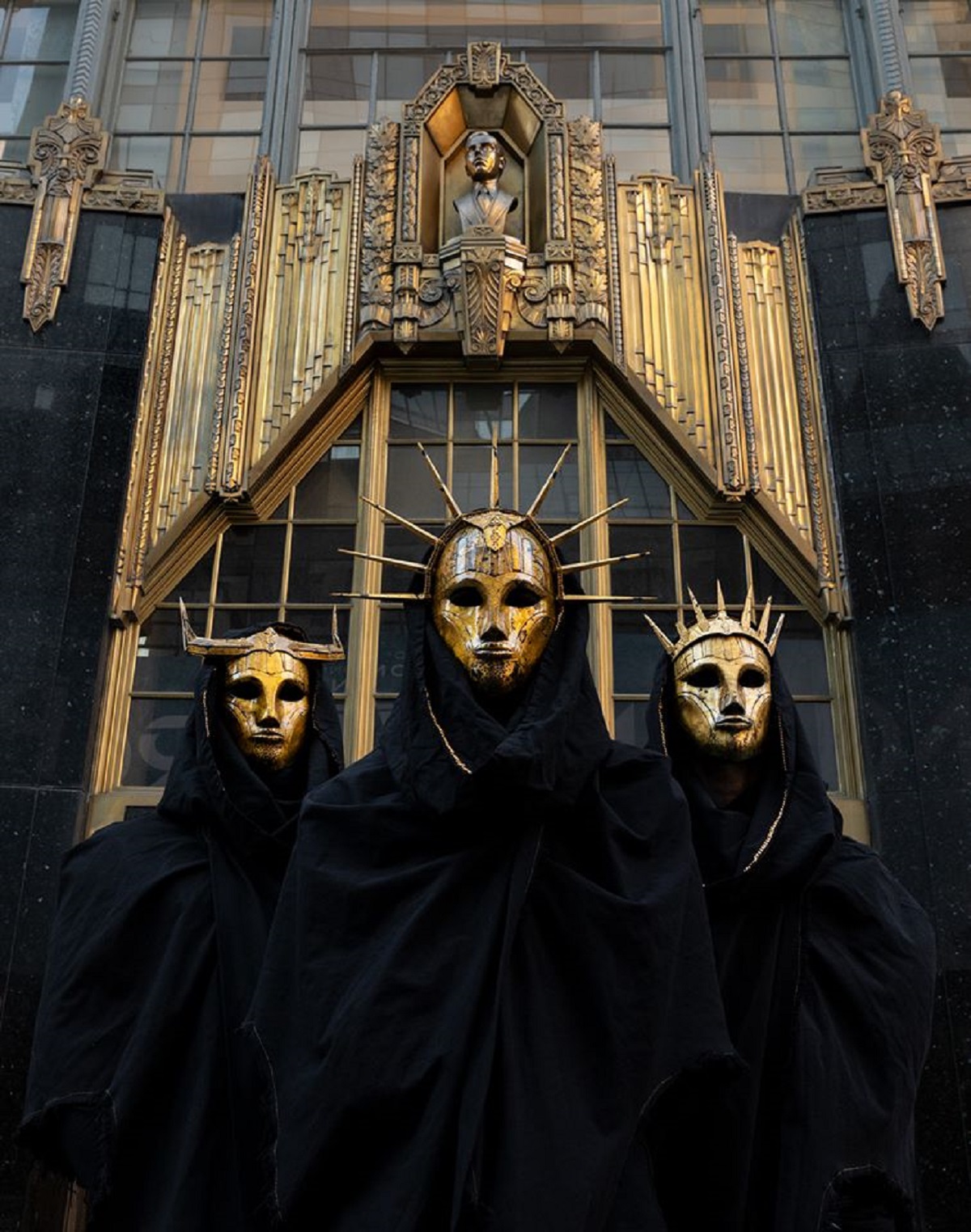 You’ve sent shockwaves rippling out of New York recently. People are starting to notice you on a global scale and outside of the black metal spectrum too. What do you think makes your music stand out from the crowd?

“We take a lot of chances musically. Nothing is off the table when it comes to musical ideas. It’s all about how we play and not just what we play. We also play in a way that’s true to ourselves and I think the 2020 metal audience can easily identify authenticity.”

You use very technical elements in your writing. You make use of some interesting timing changes and in many ways have a prog feel albeit in an extreme way. Are you always looking for ways to push boundaries and explore previously untrodden ground? Is that something that drives your writing process?

“Yes and no. While exploring boundaries is certainly always an interest of ours, we never write parts that are challenging or odd-meter just for the sake of being weird. Everything has a purpose and that’s why some songs on Alphaville have mixed meters of 9/8, 15/8, 13/8 etc… and some are 4/4 all the way though.”

Much of your work highlights the vast differences between the wealth and poverty within New York. Are you seeing that divide widen?

“New York is always changing. You can argue that NYC is a better “safer” place than it was 50 years ago and just the same you can clearly see that the city is culturally dying. We aren’t highlighting the differences but rather just enlightening the listener to the many perspectives of life in the city. “

You are commentators rather than activists, your music being an observation of life within a city. That’s quite a departure from more traditional black metal bands. Have you ever had your music misunderstood by people frightened of say a sudden rash of church immolations? Have you ever had the need to set any of your fans straight because they have misinterpreted your music?

“We don’t believe so. Most people can interpret what we are saying and understand that we’re in no place to tell anyone what to think or believe. It’s just what is. Of course, there will always be people who misinterpret the art but that’s something that has been existing for as long as art itself.”

You have a striking image, particularly with the masks. They’re very reminiscent of the robots in the Fritz Lang movie Metropolis. Was that deliberate given the obvious connection between that film and your observations of your home city? Where did you get the idea for them?

“100% strong connection to Metropolis, Kubrick and New York City. The masques are a visual representation of our music. They serve to better connect the listener to the sonic experience.”

How do you see your music, and image developing in the future? Are you going to experiment even more with both?

“We definitely feel like the tap has NOT run dry. There is still much more to explore in this new niche we’ve carved for ourselves. We’re already starting writing a new album. Things still feel fresh.”

If Imperial Triumphant were elected joint mayors of New York what would you do to change the city to improve it?

The pandemic has ravaged the music industry globally. How has it affected you as a band? How have you coped with the quarantine and restrictions?

“It was very hard in the beginning as we had cancelled tours and music videos. Shooting the promotional photographs for the album was a much more challenging production. We will carry on though. There is still much great work to accomplish.“

“There will certainly be a large amount of art that grows from this tragedy. As art often does. Other than that, it’s pretty hard to see any silver lining within the music industry.”

When do you hope to start playing live again?

“Most likely Feb 2021 with our Devastation on the Nation tour.”

If you were to play a show where you could have anything you liked on the rider what would you choose? Would you seek to enhance your black metal reputation with sacrificial virgins and goats blood, or throw everyone a curve ball with a demand for space hoppers and fine dining? Feel free to let your imaginations run wild.

“It would probably be the latter. Finest champagne and fresh oysters. We don’t drink blood or live in caves. We’re from New York City. The rider would be very decadent indeed.”

“Would love to open for 1984 Metallica. They so perfectly hit their stride by that time. Playing fast and carefree. It’s a tremendous inspiration.” 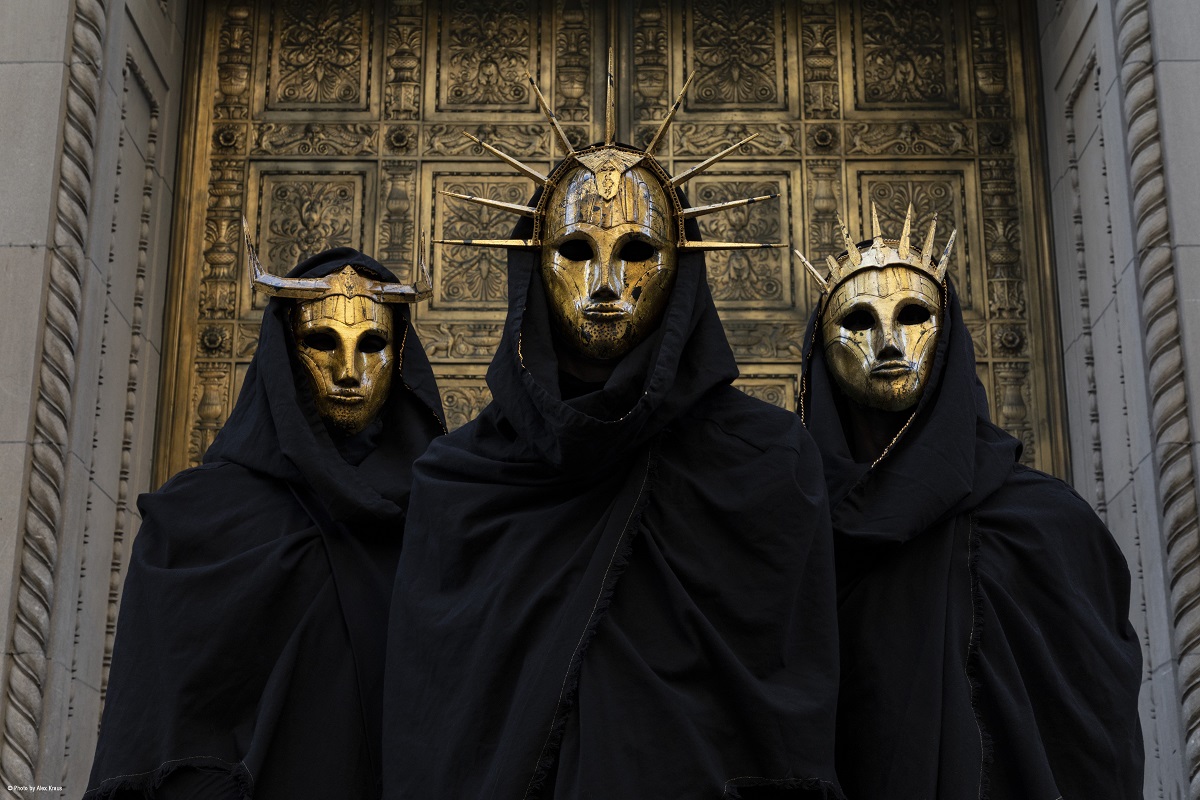 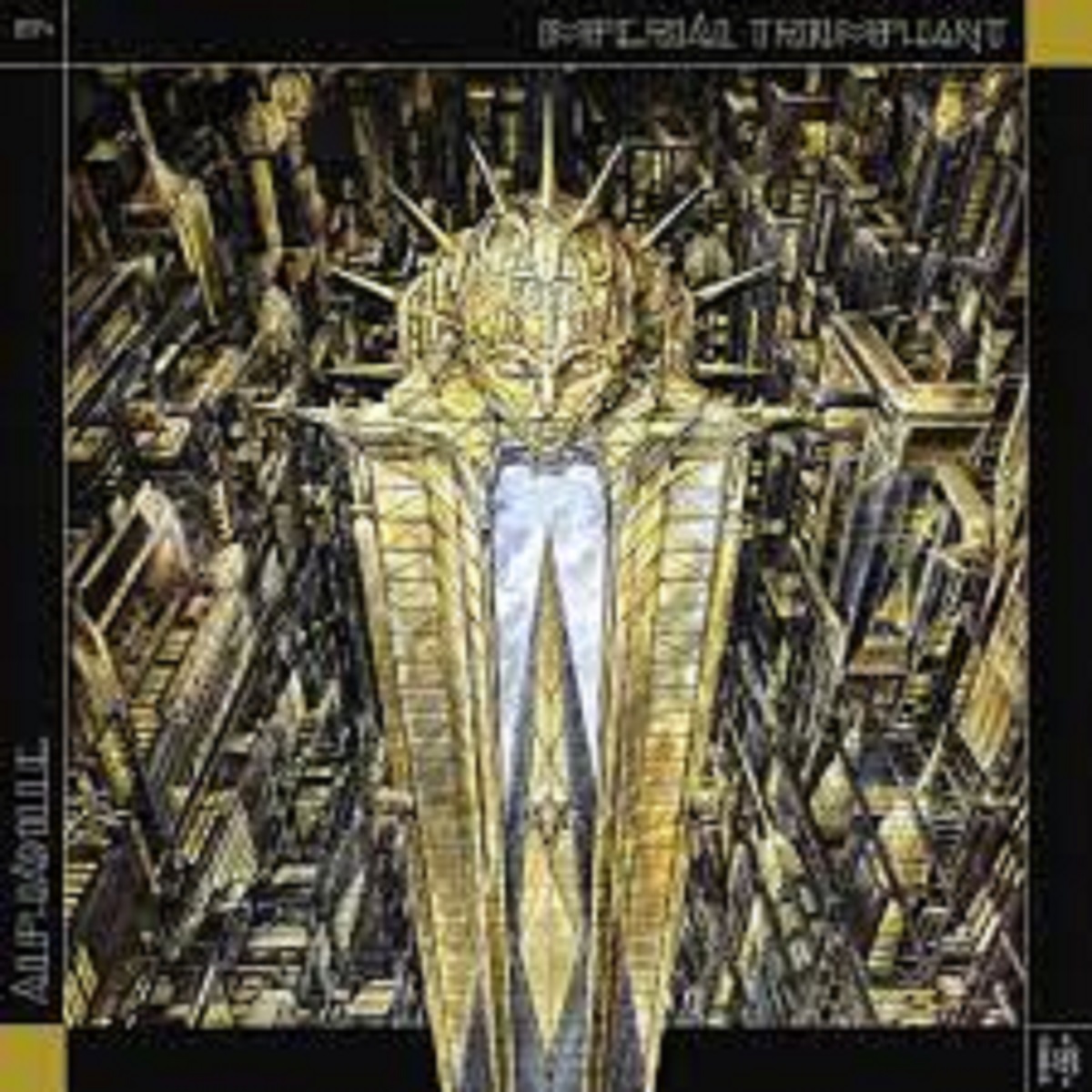 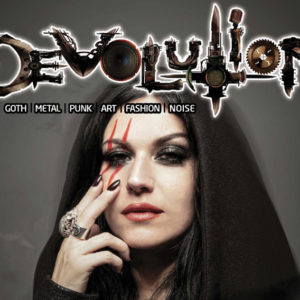 ISSUE 47 IS NOW AVAILABLE TO READ DIGITALLY – FOR FREE! It is with great pleasure we present to you Issue 47 of Devolution...
Copyright 2017 Devolution Magazine. All Right Reserved.
Back to top