Interview: It Comes In Waves: “I listen to so many different artists I can’t even keep track.”

It Comes In Waves (also known as Jess) is a solo project based in Peterborough who has started making waves on the local music scene. Cross over artists are becoming the norm these days but here we have someone putting a different spin on things by bringing acoustic guitar, country, rock and even a hint of grunge together. Fans of Michelle Shocked’s earlier work may well warm to the sound It Comes In Waves makes. Gary Trueman chatted to Jess about her music, early influences and her  unusual vocal style. 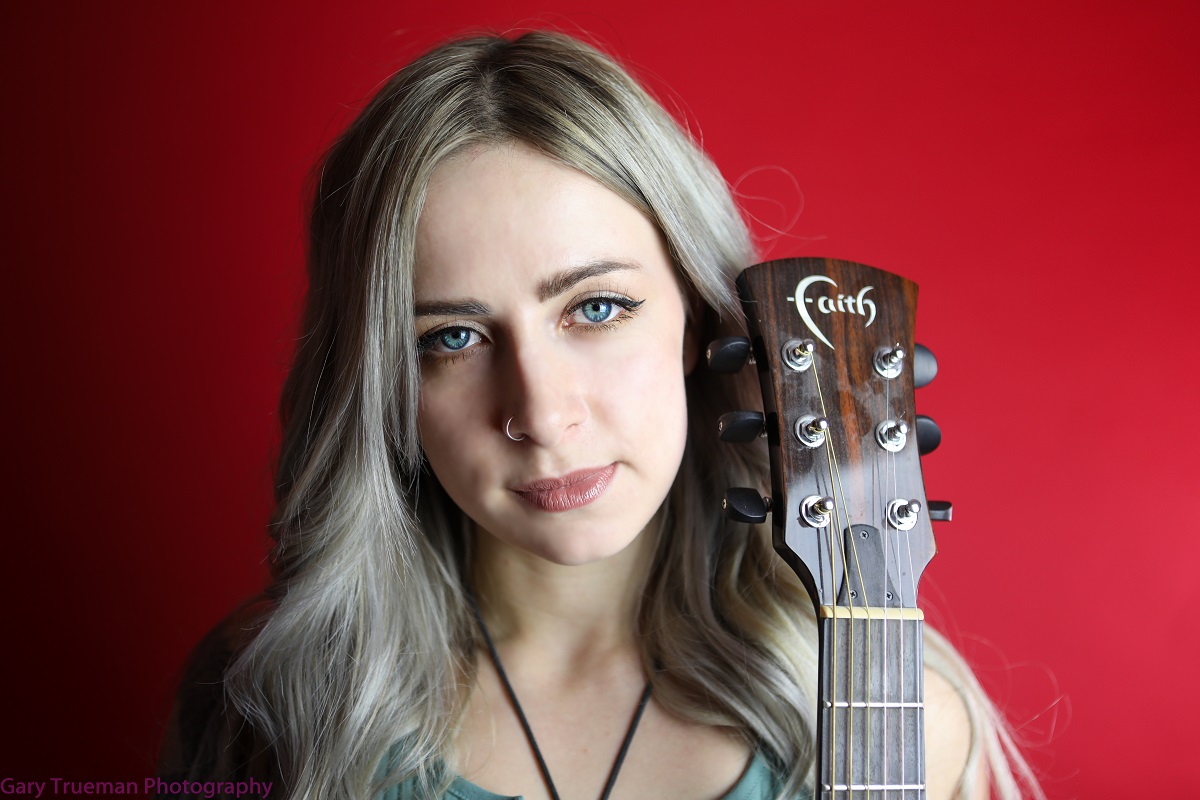 Let’s start off with finding out exactly what It Comes In Waves is.  Is it a band or is it a solo project?

“It started off as a solo project. Maybe I’d like to add some band members later on but who knows. It’s just a bit of a project at the moment.”

How would you describe your music?

“It’s difficult because I can’t quite pinpoint exactly what it is because there are so many different influences. But I’d say alternative acoustic blues pop…. Hahaha.”

There’s definitely an edge to your music.  Although technically it is bluesy country music you tend to draw in a lot of people who tend to listen to metal and punk. Why do you think that is?

Johnny Cash is obviously well known to the alternative community partly because of his cover of NIN’s Hurt.  Was that a song and cover you liked?

“Yes it was, I actually covered it when I used to do loads of Youtube videos when I first started out. When I first started learning about country music I thought it was all cheesy and all about pick-up trucks and stuff. When you dive into it you realise how deep a lot of the country artists are, struggling with drinking and stuff, which is a lot like rock.”

You have the ACDC and Nirvana influences and you play acoustic guitar like Johnny Cash did. Are there any artists you like that are closer to what you do that are influences on your music?

“Not really. My dad got me into music and he played guitar as well so I just kind of copied what he was doing to start with. Then I just found my own way with my own music. When I started getting a bit older I started getting into My Chemical Romance and stuff like that.”

With you guitar playing are you all self taught or did you get some lessons to kick things off? Did you just pick it up from your dad?

“I got into it from my dad and then it was self taught. I never had any proper guitar lessons, I just taught myself.”

We have to talk about your vocals which are very unusual in that you sing very clean and with a big range but you break the notes too. Is that something that you have complete control over or does it just happen a vary each time you perform the same song?

“I try to control it as much as I can but sometimes I don’t know what’s going to come out. I just have to control it the best I can. The older I’ve got the more raspy my vocals have got, and I prefer them like that.”

“I probably should warm up but I don’t. I just tend to have a Jack Daniels before I go on stage haha. I don’t have vodka because for some reason that makes my vocals weird.  But Jack Daniels is fine.”

Obviously everyone’s voice suffers to a certain extent when they have a cold but if you get one or are ill does that kill you vocal completely?

“I can’t perform at all if I’m ill because you’ll hear it straight away. I’ve had to cancel a few gigs this year because I’ve been ill. It’s gutting to do it but I’d sound horrendous.”

You mentioned Nirvana and ACDC earlier on as early influences but who do you listen to now?

Do you think with all the instant access to music people are maybe a bit more receptive to different types of music now than they were a few years ago?

“Definitely. When I was younger I always wanted to stick to a certain genre because that was the genre I identified with. I think as you get older too you’re more likely to listen to other genres and it doesn’t define you as much.”

Do you think promoters are starting to see this and are now happier to have a wider range of music at an event or festival?

“Yes, and also artists are crossing over too, there’s a lot of mixing things together. Post Malone just had Ozzy Osbourne in one of his songs which I thought was really cool. There are no limits really.”

Have you ever had anything negative happen to you as a musician because of your gender?

“Luckily I don’t think I’ve had many negative things happen to me in music so far. Everyone has been pretty welcoming which is good. I do have a lot more male fans but I’ve never really had anyone get too close to me thankfully. I’ve been quite lucky really.”

That’s good to hear.  Maybe the message is finally getting through.

What are you best and worst traits?

“I think my best trait is that I’m creative and when something bad happens I turn it into music which is what I love doing. My worst trait is suffering really badly with anxiety and letting it get to me too much.”

If you could choose an artist living or dead to share a stage with who would it be and why?

If you got stranded on a desert island and had all the survival gear covered what three luxury items would you want to have with you?

“A guitar. Sunglasses. And Spotify so I could listen to some music.” 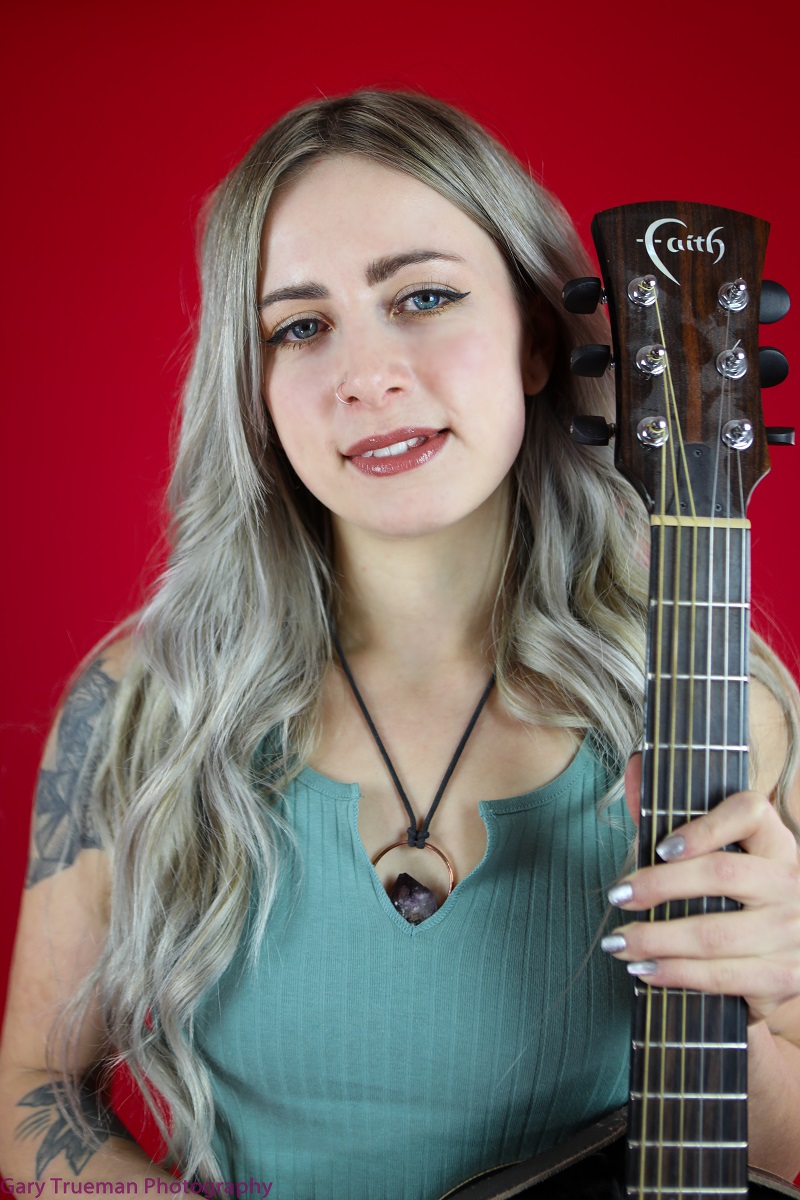 It Comes In Waves

News: Nergal’s ME AND THAT MAN Releases New Single and Official Video, “Run With The Devil” 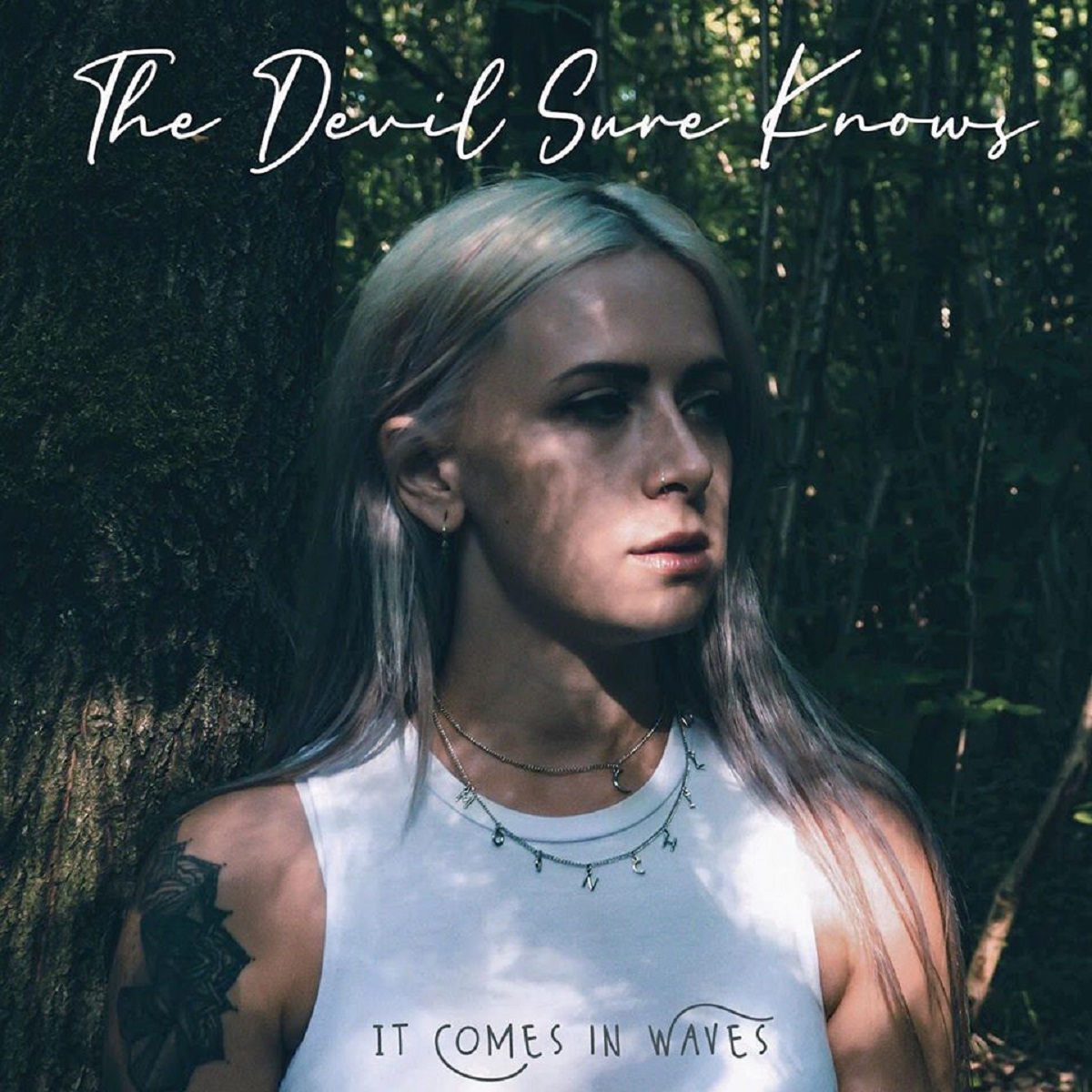 Review: It Comes In Waves – The Devil Sure Knows 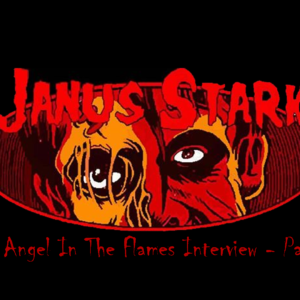 Janus Stark - The Angel In The Flames Interview - Part 1 Crucify All The Leaders "Everyone just wants a person...
Copyright 2017 Devolution Magazine. All Right Reserved.
Back to top