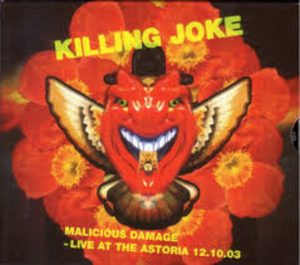 What were you up to when this live set was recorded? Were you even born??? Haunting, resonant and gloriously irreverent, the establishment-worrying Killing Joke were busying themselves musically tearing up one of the capital’s most iconic venues. Paul Raven’s beating-heart bass thuds throughout. Jaz Coleman’s vocals? Duuuude. Raw. Flesh-ripping. Could slice sheet metal. The whole heavy effect makes your jaw rattle. The setlist is twofold. It’s one for the proper fans, but equally, it’s a great introduction to a band that influenced so many – groups and genres. ‘Requiem’, ‘Wardance’ and ‘Change’ are from KJ’s 1980’s debut album. What??? Pretty much 40-years-ago. Kinda brings home how revolutionary this band was. 2003 single ‘Seeing Red’ may be more recent, but it was still a different world back then. You’d probably not have read this yet – you’d still be waiting for the modem to dial up. Or for your dad to get off the landline. Also making the running order are 1985’s ‘Kings And Queens’ and ‘Pandemonium’ from 1994. Can we say we are living in better times now? Doubtful. Raven sadly died a few years after this recording was made, making it even more poignant. ‘Malicious Damage’ is testament to a truly visionary, outstanding band.

Killing JokeLive At The Astoria 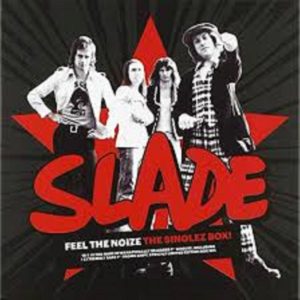 Slade Feel The Noize – The Singlez...
Copyright 2017 Devolution Magazine. All Right Reserved.
Back to top