Migrana Social made quite an impact on everyone at Rebellion Festival last year.  They played it hard on stage with an astonishingly ferocious performance. Off stage though the band proved to be nothing but fun to be around. They were wonderful ambassadors for their home country of Mexico and it was great to see them back again in 2019. Gary Trueman chatted to the band about cultural differences and what they’d like to take back home with them if they could. 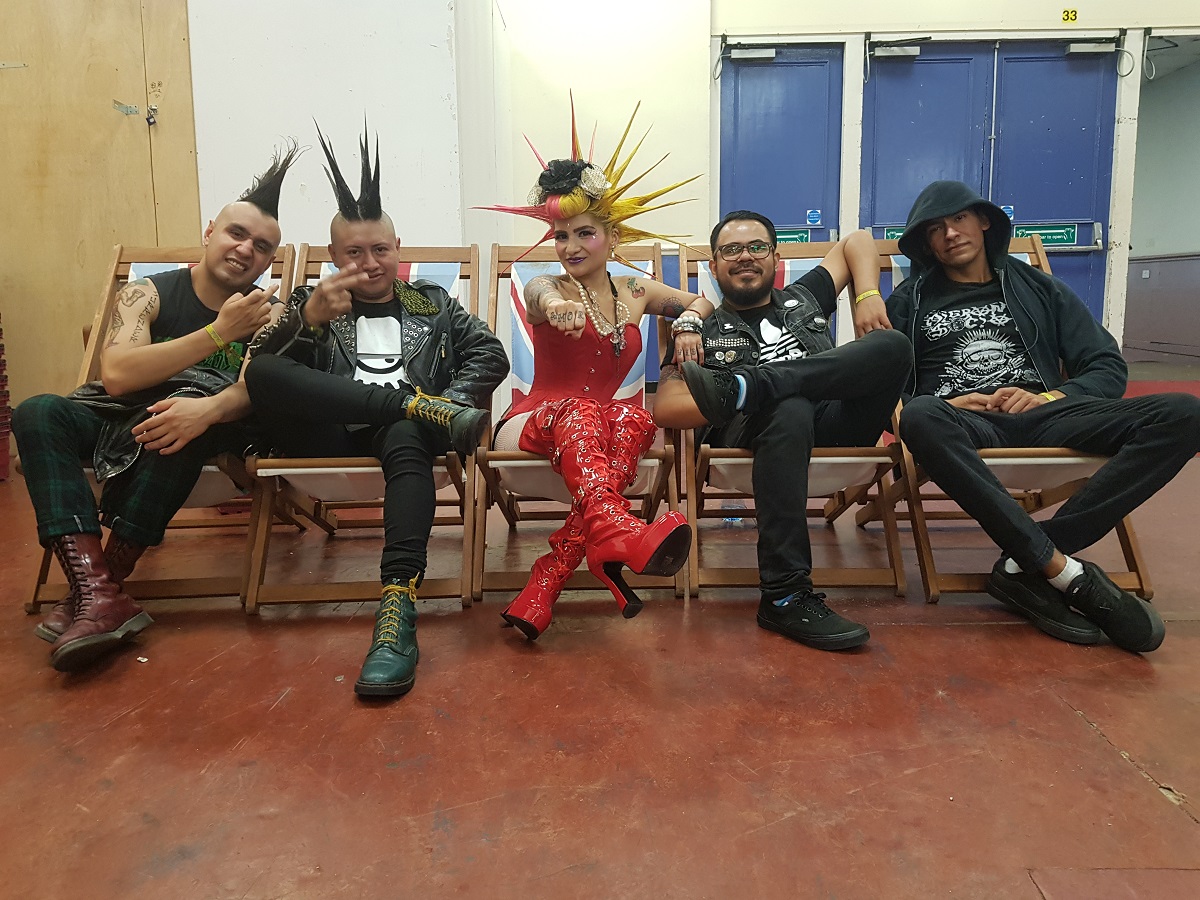 You’re from Mexico, where abouts in Mexico are you from?

“We’re all from Mexico City”

How did you all end up in Migrana Social?

“We started the band with other guys and eventually we found each other.  Last year we had a bassist that could not come to the UK and Katrina helped us out. She learned the songs really quickly, and now she’s in the band. We were friends many years ago.”

Last year you played the introducing stage at Rebellion festival and they asked you back to play this year. How was it playing last year and how was it different this year?

“Last year was very exciting for us. It was the first time playing outside of our country. So it was important to spread our music and our message. This year I think we are more confident. We have a new album and it’s the first time we’ve played songs from it. We’ve not even played these in Mexico yet. We are happy to work hard and we worked very hard on the new songs.”

How do the fans differ in Mexico from the UK?

“They are very different. We are all punks and there are different ways to enjoy the music. Mexico City has a big punk scene, sometimes there it is more chaotic. They destroy everything and the beer gets stolen haha. We love that but we also love it here when people are calm and listening.”

It’s a different politically in Mexico too. How does the government and officialdom view punk music?

“There’s a lot of oppression. There’s a lot of prejudice, from the police and from within the punk scene too. Sometimes on the streets there is violence, even between punks, and I don’t know why. It’s like if you listen to this band or that then pfffft!”

Who are the bands that have influenced what Migrana Social have now become?

“Lots of different influences because all listen to different music. There’s bands like the Exploited and GBH, Oi bands, stuff like Discharge, Minor Threat and Conflict, and also the Mexico scene too such as Toxico.”

If you could pick someone to share the stage with you who would you choose?

“That’s an interesting question. There are so many we could choose. It would probably have to be Wattie from The Exploited.”

You have the new album out so would you be looking to come back and do a full tour if you can?

“Sure we’d love to do that.  If we come back next year we’d like to play lots of different places. Big festivals we like but also little gigs work for us too. There’s lots of the UK we haven’t played yet.”

Is there anything that we have in the UK that you would love to take back to Mexico with you?

“The British accent. All the people here are well educated too and kind. The whole tranquillity of living and the peace of mind.  Mexico City is chaos. We would love to take some of that tranquillity back with us.”

Interview and photo by Gary Trueman 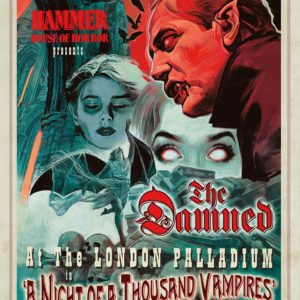 The Damned Announce Immersive Theatrical Show At The Palladium Partnered With Hammer House Of Horror To Take Place On 28th...
Copyright 2017 Devolution Magazine. All Right Reserved.
Back to top