Who would have thought that an act like Devolution favourites Pretty Addicted would find such a welcoming home among the spikey haired punks at Rebellion festival?  Here’s the thing though, Rebellion has a much wider range of music than many think it does, and the people who go there know a good band when they see one. So it’s not really surprising the dance goth have found a home in Blackpool.  Gary Trueman chatted to Vicious Precious in a cosy corner of a Winter gardens bar.  Topics included music as a business and where in the set to put that one song you know people want to hear. 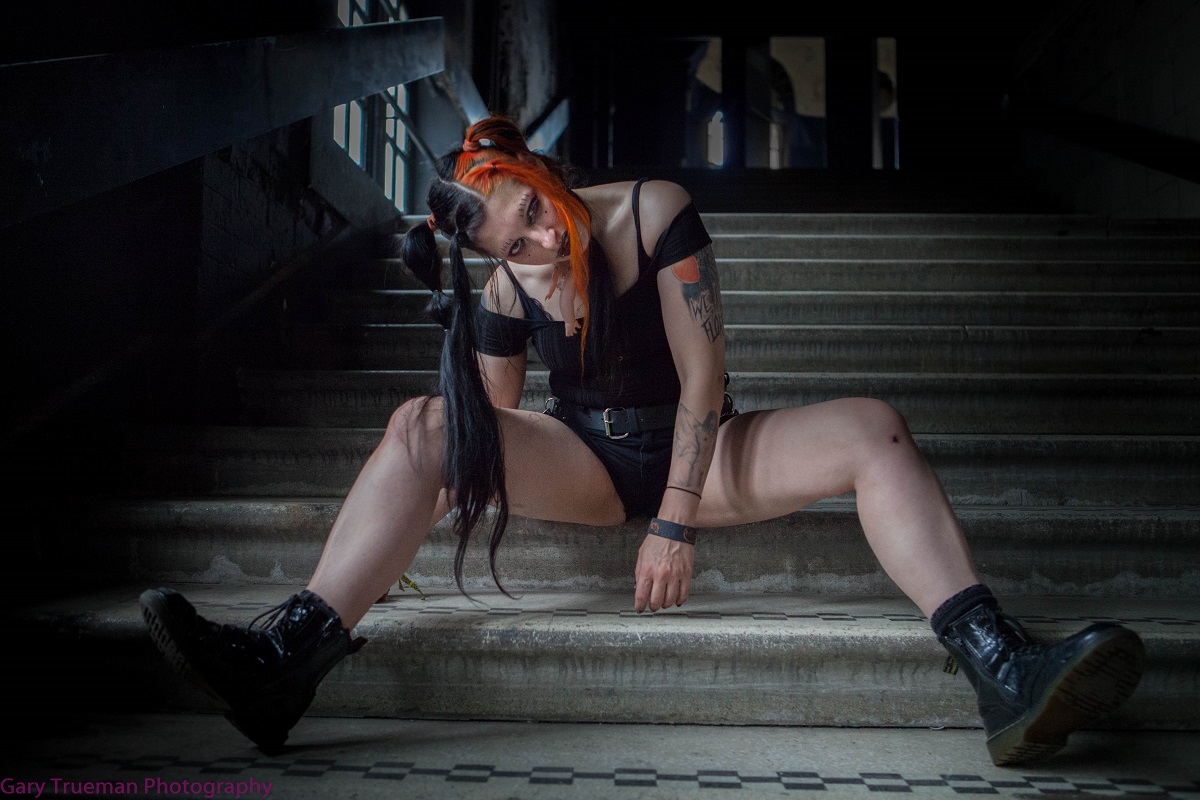 Great to catch up with everything in the world of Pretty Addicted.  We should really start with the touch and go situation with your album fund raiser which hit 101% with time running out. How amazing was that?  How close was it in the end?

“We were at 97% with two hours left and the crackheads pulled through and did it. I would have been happy with any amount but the fact that everyone really wanted me to get that 100% and we did meant a lot to me.  Thank you to everyone.”

If you hadn’t got to 100% would you still have got the amount raised or was it one of those funding campaigns that has to reach its target to happen at all?

“Yes, you want to make sure you definitely get whatever is raised.  You don’t want to assume you’ll hit your target. You do pay a little bit more in terms of interest but you do get whatever is raised. You need to cover your bases.  It’s always nice to reach 100% though and the fact we’ve done it four campaigns in a row is astounding.”

What are the plans with the album now? Presumably it’s in the writing and production stages now so when are you planning on releasing it?

“It’s in full swing in terms of writing.  I’m planning to release it about March/April time just to make sure I have the time to give you guys the album you deserve. I’m in the studio in September and October. It’s going to be darker than before.  I want to take some time out to get some press together which means me finding some extra finance on my own. I want to make sure it’s done properly and reaches the appropriate people. I feel that the problem we’ve had before is that earlier albums haven’t had the reach they deserved so I want to spend some time and money to make sure this one does.”

Are DIY bands and artists such as yourself becoming much wiser in terms of what they know they have to do to sell their product?

“The truth is that most of this is a business and it’s a bonus if you’re talented.  It’s an awesome bonus though. Only the ones that work hard are really going to get anywhere because it’s all about what you do, how you do it, your strategy, logistics, your finances and your passion. Talent just makes it better.  It’s like they’re doing all this shit and they’re good too? Sign that band up.  A lot of bands that do all that hard work but aren’t necessarily great in talent tend to make it and the ones that are great in talent but don’t do any of the work don’t. That’s not by chance it’s because it’s a business and you have to treat it as such. When you step on stage it’s fun but everything up to that point is business.” 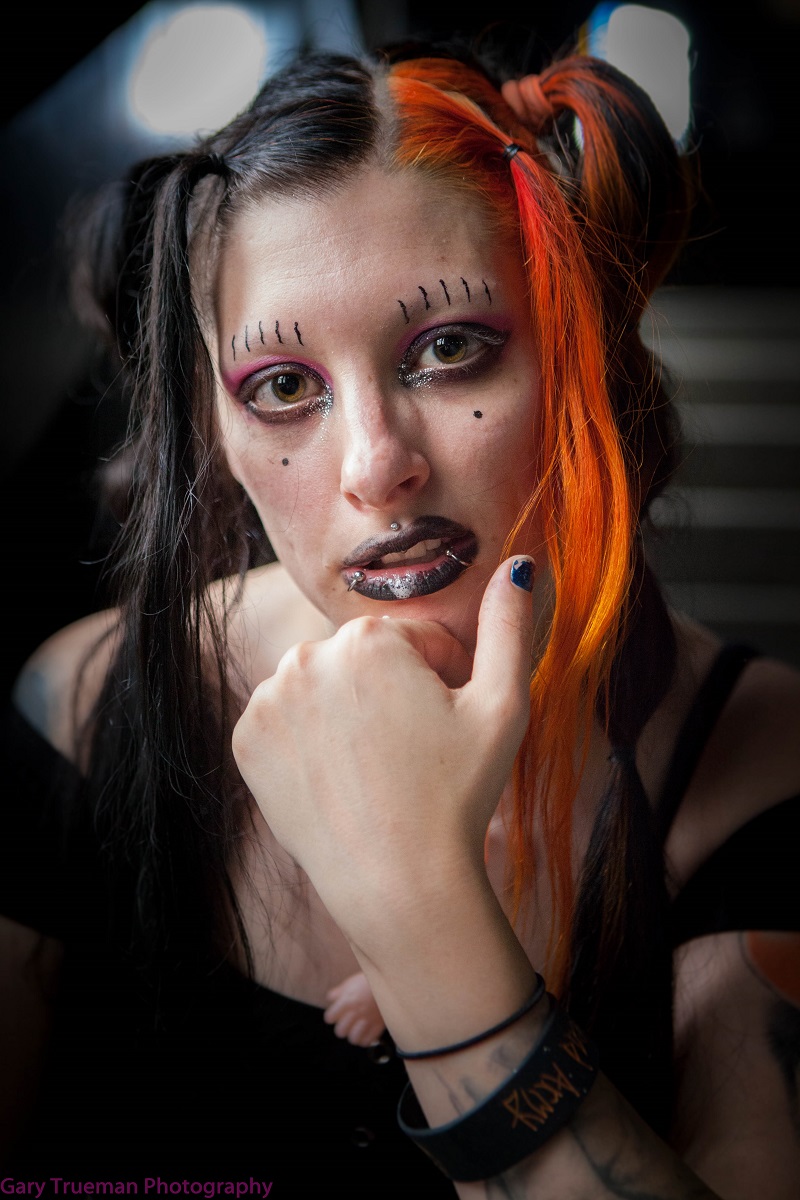 Talking of walking on stage you played Rebellion for the second year running this year and you got to play a bigger stage. What was it like up there?

“It was fucking amazing. It was even better than last year. Last year I knew that on the introducing stage I would have all the people that were loyal to me watching just because they’d supported me from the beginning. This time it was like OK now we’re really here we’ll see if the other people like us. I was worried we’d be so different to anything else. I wasn’t sure they liked us because I’m used to goths dancing around and punks tend to not. When I looked up half way through and they weren’t dancing I was worried so I just said in my head I’m going to sing to my cat in my front room and dance around and just enjoy it and if they like it then they like it. When I left everyone said how much they liked it. Someone said they liked it because I looked like I believed everything I said.  That meant a lot. So I had fun and it was a bonus that everyone else did too and I hope we get invited back.”

The last song you played Mania is quite old now but it’s a bit of an anthem for you to finish on. Do you think that line Oh My God I’m A Star and that rhetoric has followed you along and it’s apt that it’s seen you really take off at places like Rebellion?

“It is and I’m glad you brought this up. We’ve decided that as of the next tour early next year when we’re touring the new album, that we’ll open with Mania. Me and Nickie from Devolution were at Hellfest and saw Papa Roach open with Last Resort and we had a conversation about how ballsy that was to open with their biggest hit. The question was would people hang around after they’d played it, and they nailed the show. It was the best show and it didn’t matter that they had the banger out of the way. So it’s inspired me to open with my ‘banger’ and see if I’m still interesting throughout the rest of the show. I do worry that people are waiting for that one and they’re not enjoying the others.  That sentiment with that lyric I find to be truly true about people like us. I’m not mad that that song is so popular because it was about a very important issue that I still feel strongly about. It’s about being your own star and not being worried about what other people think. That’s kind of the thing that Rebellion embodies. I’ve seen a lot of bands here and the ones I’ve liked are the ones that aren’t the cookie cutter type with genre and they’ve done their own thing. They don’t give a fuck what anyone thinks, and that’s what punk attitude for me is.”

Punk isn’t about the look it’s the ethic isn’t it?

“Absolutely. For me Keith Flint was the punkest motherfucker that ever existed. I’ve always considered him punk and it wasn’t until I got adopted by the punk crowd which I never thought would have been a thing that I realised that they got me in a similar way that I associated Keith with punk in terms of attitude rather than music. The beauty of The Prodigy is that they never had to adjust their sound for a different crowd.  I saw them at Creamfields which is a house festival and Download in the same year which is a rock festival and they played the same set. They were received just as awesomely by two totally different kinds of people. That for me is true punk. They were just true to themselves. The only person you can truly rely on is yourself so just be yourself.”

We know you’re a massive Pizzartramp fan but are there any other bands at Rebellion you’re looking forward to seeing?

“I do have to say something about Pizzatramp first and that’s just that what I said in the last question, they do not give a flying fuck. They just do their own thing. They borderline on to metal and I don’t know if they mean to. They give out the same kind of energy that you get from The Hell Puppets. I really enjoyed Pollypikpocketz. She is such a dainty beautiful little thing and has a gorgeous voice.  I’m looking forward to seeing Choking Susan and TokyoTaboo.  Also Hands Off Gretel.  How can you fault Lauren? All the shit that’s happened lately. You can believe what you want, it’s not just about Lauren or The SoapGirls or any other girls individually. It’s about women in general. Women are coming forward and doing awesome things and aside from that Hands Off Gretel are just a genuinely great live band. Dragster were good, Desensitised, I have a lot of time for those girls. Freda, Miss Fragile, she is amazing, on her own or in a band she deserves to go far because she’s awesome. Exploited were awesome.”

If you could go back and give a 16 year old Vicious one piece of advice what would you say to her?

“At 16 I was a little rude girl chav.  I would say to her people have left you on your own and they will do for ever up until at least 31. But you are a boss, you are a lone wolf, you are the queen of your own castle. Never doubt what you are capable of because all your pain makes you special. All that pain you feel now will help other people get through their pain in the future which is something you never thought you could do. PS your booty is a good thing.” 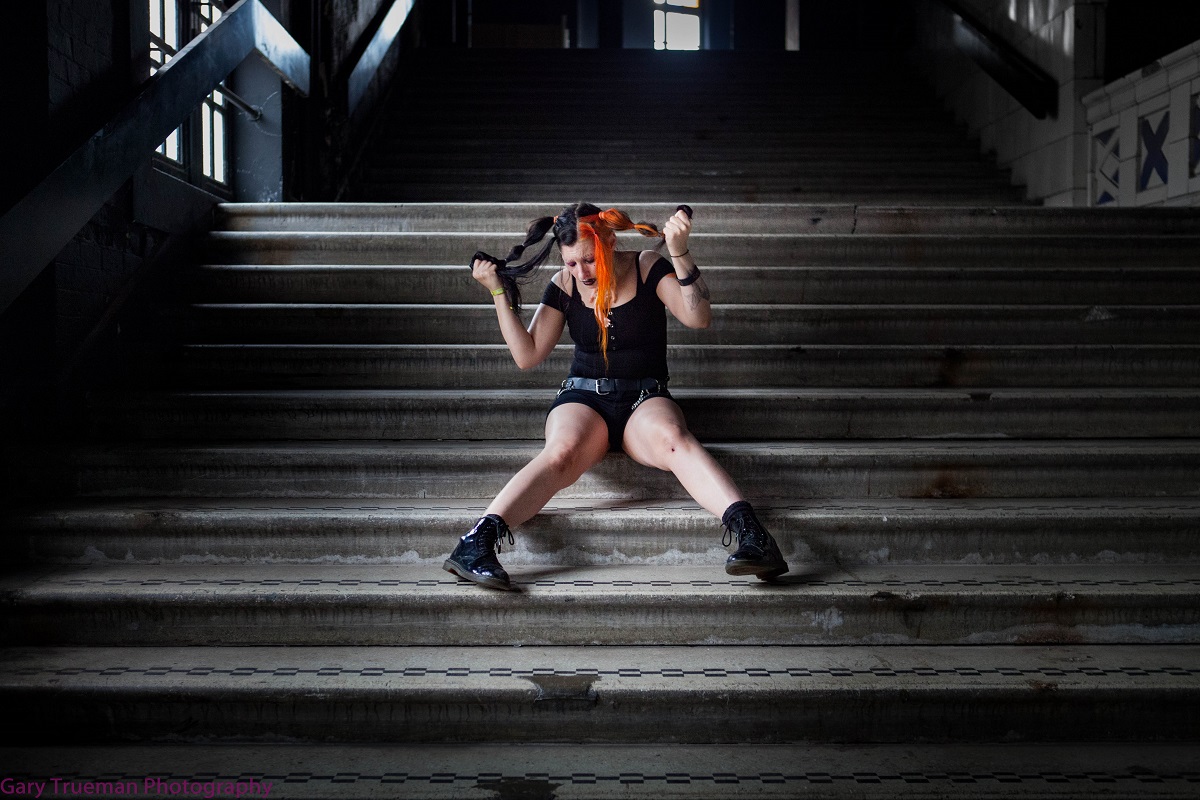 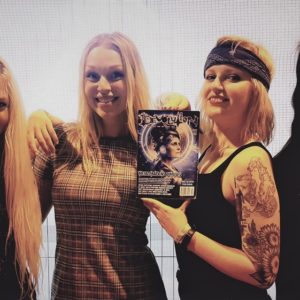 Rebellion opens its arms to bands from across the globe so it’s no surprise to see Sour Bitch flying the flag for the Czech...
Copyright 2017 Devolution Magazine. All Right Reserved.
Back to top