Rebellion opens its arms to bands from across the globe so it’s no surprise to see Sour Bitch flying the flag for the Czech Republic at Blackpool. They went down a storm on the introducing stage this year and must be candidates for a swift return.  Gary Trueman chatted to the band shortly after their set.  Up for discussion was the band history and what they found different about the UK. 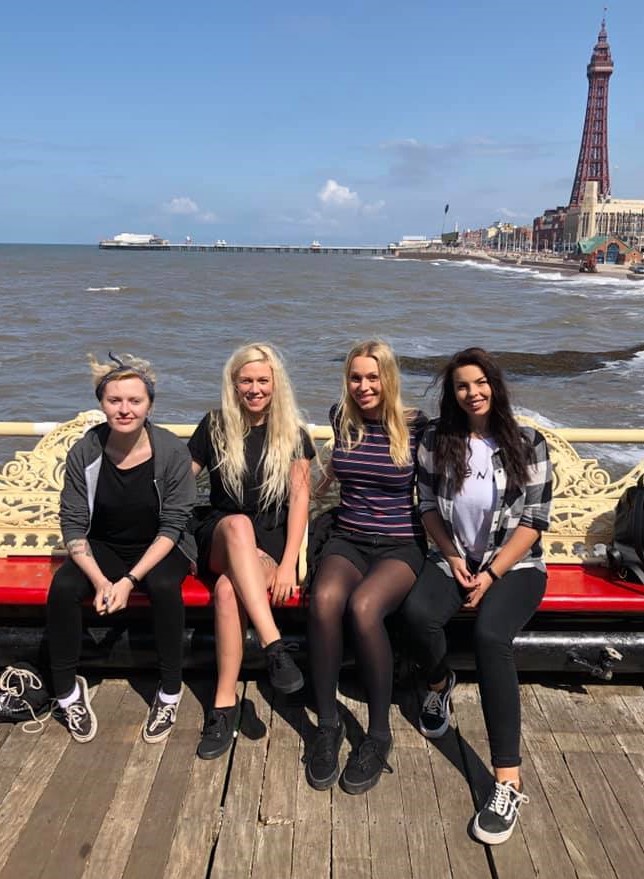 How long have you been playing together and how did you get together?

“We’ve been playing together since 2008 and we know each other from school. We know Eva from seeing her play for her previous band and we liked her so we took her away to play with us.”

How long was it before you did your first recording?

“Our first recording was five songs and it was done on really old tape equipment. It was in 2010.”

You played Rebellion for the first time today, how did it go?

“It was amazing. We didn’t expect there would be so many people watching us. It was really sweaty.”

You’re from th4e Czech Republic.  What’s the music scene like there?

Do you feel that writing your lyrics in English helps to get your music heard outside if your own country?

What have you noticed most about the UK that is different?

“You have a queen. And you have the sea and we don’t.”

What about music fans, how are they different?

“We don’t want to be rude but the people here are older than the people you see at shows in the Czech Republic. Here it’s almost all 30 and above and at home it’s more like 20 and above. “

So who were the bands that got you into music  and who are the bands you really like now?

“We grew up with bands like L7, Bikini Kill, Hole.  Now we listen to all kinds of music from all different genres.”

How has the internet affected music, how does it continue to change how music is heard?

“It’s easier to have a band and promote your music. If you have good  music and some luck then  people will see you, they will find you. You can be anywhere and do this. It’s hard to save money for a new record though.  Our last release was two years ago. Hopefully we’ll be able to put something new out soon.  We don’t have a manager, we do most things ourselves.”

Who would you choose to share a stage with if you could pick anyone, dead or alive?

Nirvana because of Kurt Cobain. L7 also, Queen and The Clash. 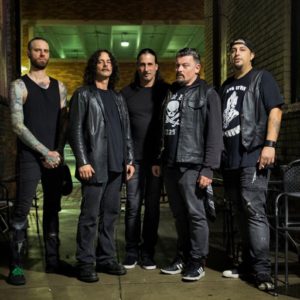