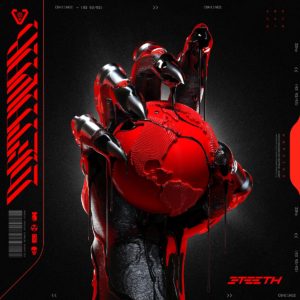 It’s a digital world but that doesn’t mean it has to be clinical or sterile.  3Teeth are the scuzzy middle finger waving delinquent cousins of Combichrist.  Their music has the swagger of Nine Inch Nails bleeding into the full Mansonesque menance of the God of fuck in his prime.  Metawar  takes no prisoners and tells no lies.  It’s a beast of a record, the culmination of six odd years of hard graft and crammed musical experience.  The dirty production only adds to how this record feels and amazingly how the sound it creates has texture.   The tempo is a little faster than what 3teeth fans may be used to but that’s no bad thing at all.  The songs on offer will be floor fillers in alternative clubs and also have enough depth to work well for the more casual listener, casual by industrial fans standards that is.  Make no mistake Metawar is a modern masterpiece that will find favour with a much wider set of fans than 3Teeth have so far captured.  This album could be the catalyst the band have been waiting for.  Whisper it for now but 3Teeth could be the next Rammstein.

Review: Saints Among Us - All On Black EP 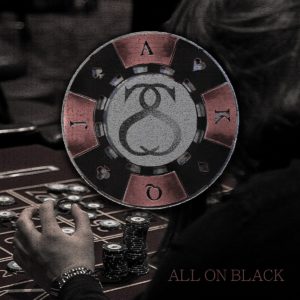 Review: Saints Among Us - All On Black EP

Saints Among Us All On Black EP – Self Released Thoughtful and gentle alt electro rock songs that pack...
Copyright 2017 Devolution Magazine. All Right Reserved.
Back to top