Download might be famous for its bands but the entertainment doesn’t start on a Friday, nor does it stop with just music.  Olivia Livewire is a fire performer and model who appeared as part of the Dis-Grace show on the Wednesday night.  For many of the five day campers it’s this show that kicks things off for their festival.  Gary Trueman chatted to Olivia about how she started her modelling and performing career and what anyone interested in starting out as a fire performer should do first. 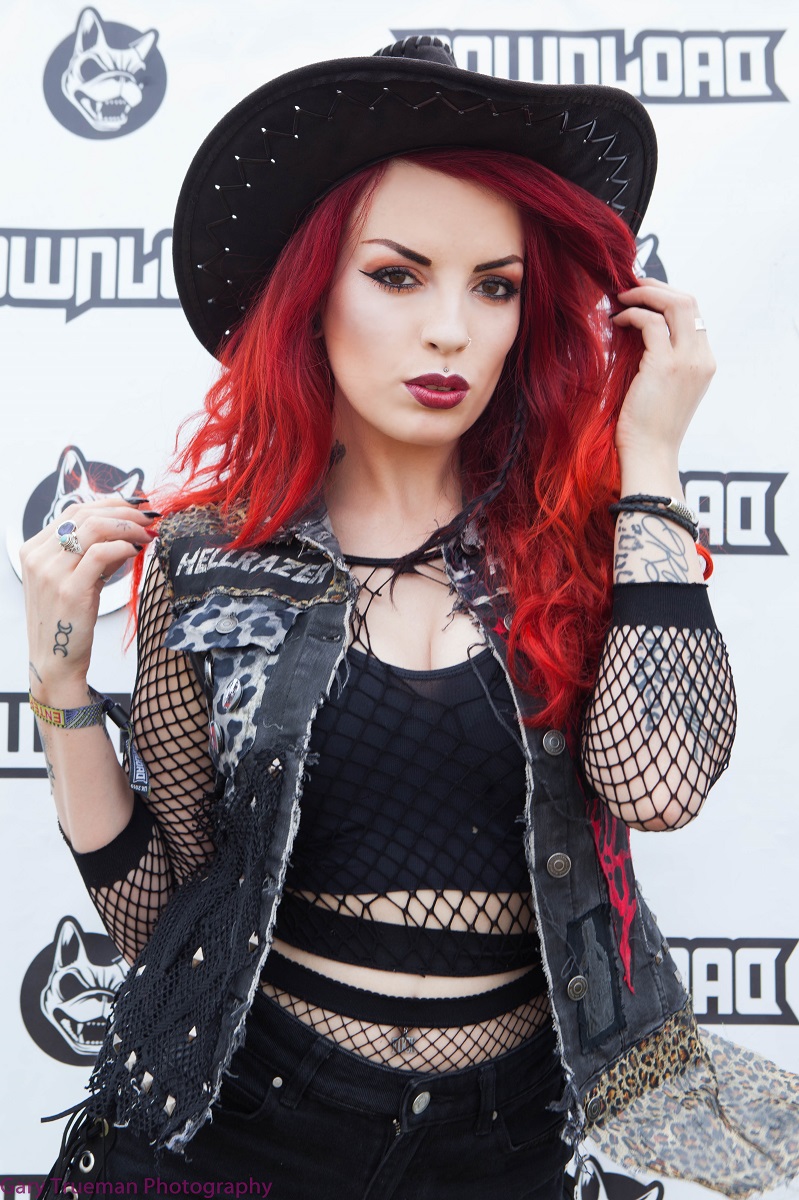 How did you first get into modelling and what inspired you to do that?

“I had a couple of friends in the industry and they kind of encouraged me.  I was in a band before I started modelling and we did a couple of photo shoots for promo shots for the band.  It looked really cool and I realised I really enjoyed it.  I had friends telling me to try it so I did and really enjoyed it.”

You also do fire and performance art  so how did you get into that?

“Fire is my absolute favourite thing out of everything.  I sort of used to live at festivals for a few years and saw people doing fire.  I loved it and just knew that’s what I wanted to do.  I live to be on stage and entertaining people and fire is such a cool form of doing that.  And angle grinding too.  It’s very powerful and very scary and it lots of fun.”

You’re in a fire troupe based in the west country, so who is in that and how did you get together? And what is the biggest gig you’ve played?

“Ooh, that’s a fun question.  Hellrazer is my baby.  It contains me, Kiara Leigh, Ashlea Smith and Josh Brice.  We were all friends for years and kind of picked up fire at around the same time and started training together and doing it for fun.  Someone we knew had a gig and wanted us and they asked for a name and some photos.  So we did this one show which was going to be a one off thing.  But afterwards we thought it was just so cool and we wanted to do it a lot more.  The biggest show we do at the moment and my favourite is BMAD (Bikers Make A Difference).  We’ve been there for three years now and on the second year they built us our own stage.  We are the only fire performers that have ever been at that festival and we draw a huge crowd there.  T’s really fun and we set everything on fire.”

We see quite a lot of people doing fire and grinding now particularly women.  Do you find it a very empowering thing to do?

“Absolutely.  It’s so powerful to be in control of something so scary and dangerous.  And it is dangerous, angle grinding especially.  I know people who have slipped and gone into their leg.  Serious injuries happen with angle grinding.  When we’re on stage jumping around staring at the crowd and pushing an angle grinder towards your crotch, it’s terrifying.  But it’s also amazingly empowering being in control of that situation.” 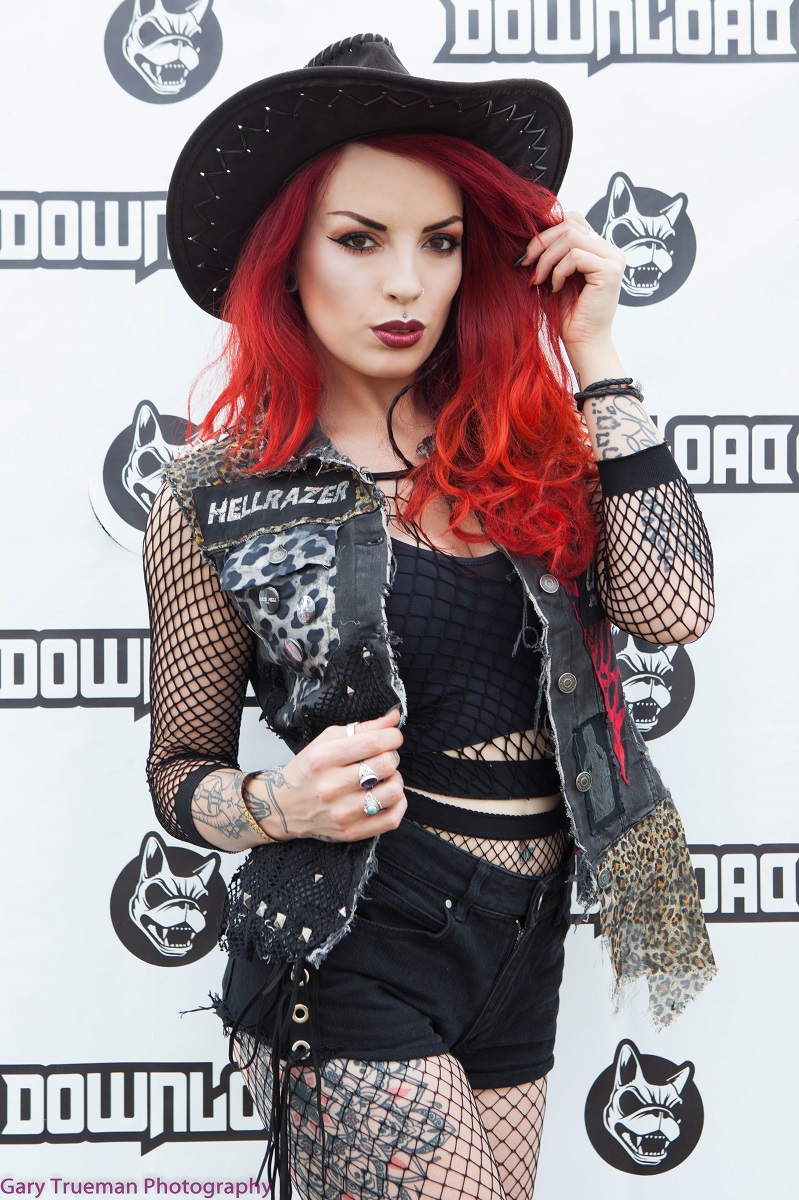 You still do quite a lot of modelling and you have beautiful long hair.  How do you manage to mix fire and long hair without any disasters.  Do you wear a wig to protect your real hair or are there and other trade secrets?

“Wigs are definitely a recommendation, it’s the safest thing to do.  We normally tie our hair up to the sides or in plats.  Also dunk it in water before you go on stage.  Loads or water  and it won’t catch. I have lost a few stray hairs here and there haha.”

If someone came up to you and said they wanted to learn to do fire how would you recommend they go about it?

“I’d say be careful.  Find people who have been doing it for years who are experienced.  Find out about insurance.  Find out about safety and research the chemicals and science behind what you are doing.  It not just about look at me I have fire, it’s dangerous.”

You’re based down in the west country so how do you find your location in relation to getting bookings elsewhere in the UK and the travel involved?

“It’s a bit of a nightmare.  I travel to London probably once a month or so for work.  It’s a long haul but you still get bookings as long as you get your name out there.  You have to be willing to travel.  I have my car and I don’t mind public transport.  It’s a pain but I love living in the countryside as well.  It’s worth it though and my whole crew is down there.”

We’re at Download and you performed Wednesday night at Dis-Grace with Suicide Girls.  How was that?

“It was so good.  I did it last year as well.  Rebecca and Crimson run it like a dream.  We love having the Wednesday night at Download and we love entertaining people.  The crowd were amazing, that tent is just the best place to be.”

You mentioned Rebecca Crow who has been running a campaign recently called Sex Work Is Work because of the way Instagram is taking down accounts and images.  What’s your take on that?

“I fully support her.  She is standing up for a lot of rights that need to be stood up for.  There’s a lot of things going on and a lot of people are not being respected in the sex work industry.  Some people seem to think it’s not a real career but it is.  I think it’s amazing what Rebecca is doing in taking a stand against something that is wrong.”

Download has an amazing line up this year so who are you going to check out?

“I love Rob Zombie, I can’t wait to see him.  Halestorm are amazing.  There are a few smaller bands I want to see too.”

“Keep hydrated.  It sounds so lame but drink water in between your pints every now and then.” 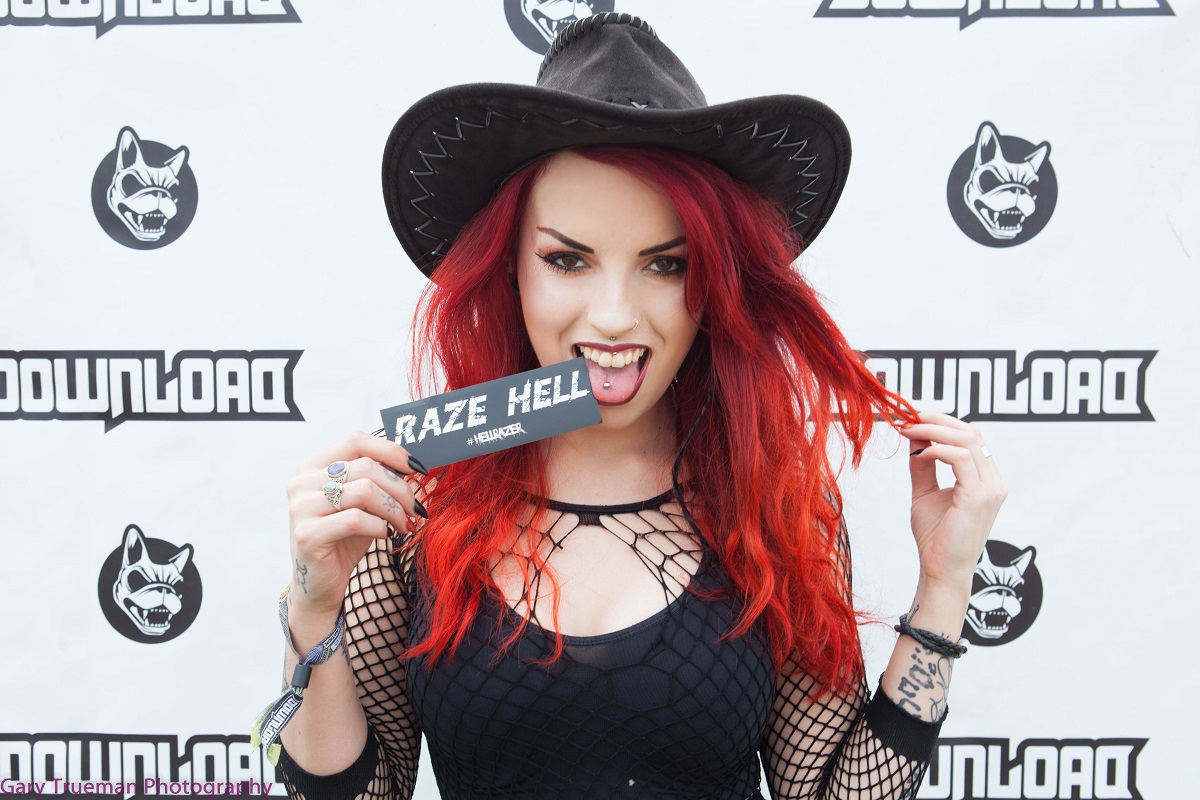 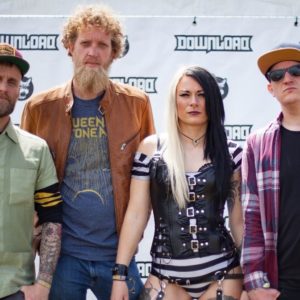 Getting to play Download Festival is a big deal for any band.  Imagine though that you thought it was out of reach and never...
Copyright 2017 Devolution Magazine. All Right Reserved.
Back to top