Kim Jennett might be slight of build but she has a voice as powerful as Thor’s hammer.  She’s moved from fronting bands to an artist in her own right and has teamed up with former Skin guitarist Myke Gray in what appears to be a seriously smart move.  Gary Trueman chatted to Kim at Download about learning to sing, working with Myke and why rock and roll will never die. 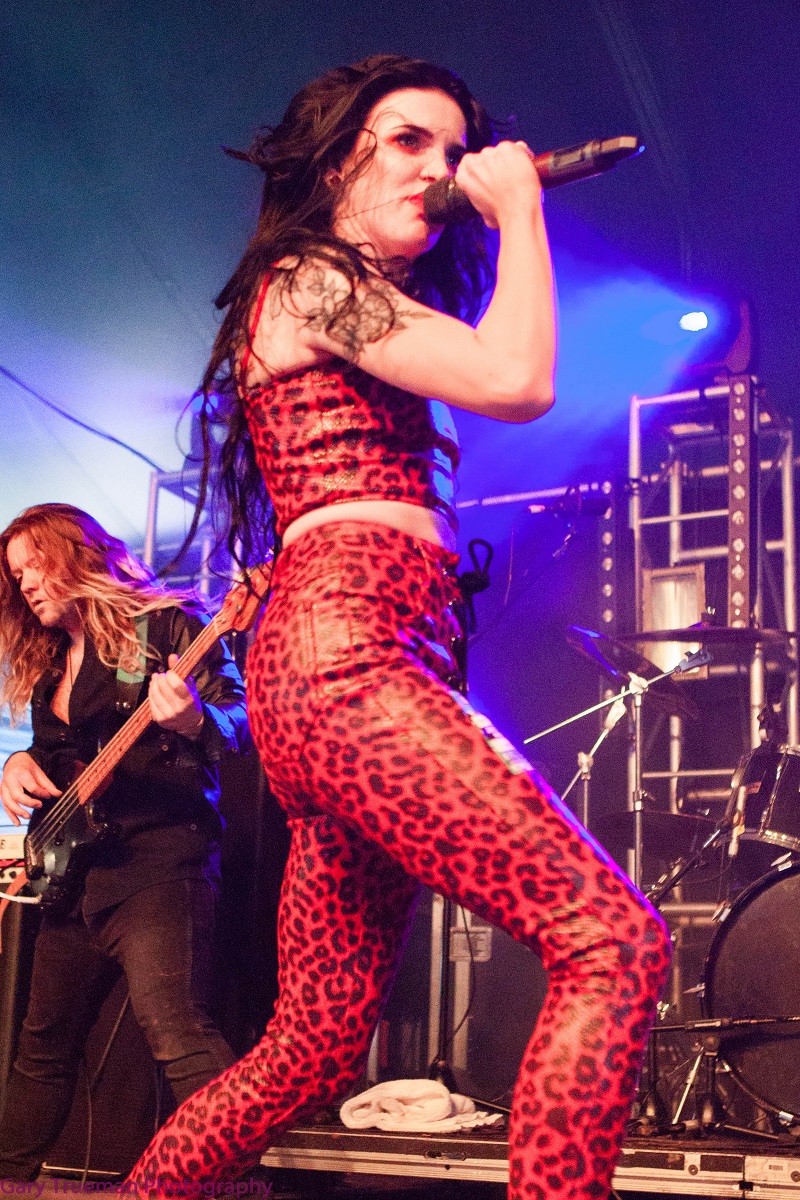 You’ve got an absolutely huge voice, of that there is no doubt.  Have you had any any formal training and at what age did you start singing?

“I used to do musical theatre, that’s how I got into the music.  I’ve not had any formal training I’ve just taught myself because I had to start doing more singing roles at the theatre. So it’s just literally been you tube tutorials and things like that and I’ve not looked back since.”

You’ve just played Download Festival.  Have you ever been as a fan?

“I’ve been once just for the day but I’ve always wanted to come back and it’s been awesome.  It’s also our second gig as a band as well.  It’s very special and I’m so happy to be a part of it.  The line up this year is amazing and to be a part of it is crazy.  Playing it was the quickest 25 minutes of my life.  It went so quickly.”

You’ve been working very closely with Myke Gray.  What has he given you as an artist?

“He’s teaching me how to be an artist in my own right.  This is under my name where before I’ve been in bands and things, so Myke has taught me to believe in myself. He’s writing my album for me and obviously he plays in the band too.  We should be releasing the album at some point this year.  He is recording and producing it all. So he is kind of the brains behind the operation. He’s writing the whole album, the music, the lyrics, the lot.  He does the writing and I do the singing.”

There’s obviously not an issue ego wise.  Do you think within bands these days it’s accepted that some people will naturally take the lime light while others won’t.  Myke obviously knows this the way things are set up?

“I’ve been in bands before where egos have clashed.  I’ve never been one to want it to all be about me.  But bands I’ve been in before people have clashed and egos have taken over and I’ve taken a bit of a back seat which was fine for the band I was in.  For this project Myke just wanted it to be about me and the boys but showing I can do it without the restrictions of a band.  It’s a case of just let’s see where this goes really.”

Every so often people come along and say rock is dead and that the new rock is hip hop, even certain well known rock musicians.  But then someone like you comes along and proves them wrong.  Do you think that rock is one of those parts of the music spectrum that will just keep on going?

“I don’t think you can kill rock and roll, I don’t think it’s possible.  Just look at this festival today, it’s not dead and it’s not dying any time soon.  With the new wave of classic rock bands there are a lot of younger bands too.”

Quite often when you talk to people who play a particular type of music you find out they listen to something completely different.  So are there any surprises in your record collection?

“I’m a huge blues fan.  I collect old blues vinyl.  I absolutely love BB King and Muddy Waters and all of that type of stuff.  With that kind of music you can hear the pain, it’s just really raw.  I love hearing the crackling on the old records.  I’m also a really big pop fan. I love Lady Gaga, Jessie J and other strong female artists.”

You mentioned female artists and there’s been quite a thing in the music press recently about festivals putting on more gender balanced line ups. This seems to be happening naturally with a lot of female artists breaking through and doing really well.  Do you think there’s anything more that can be done to allow a natural balance with real equality?

“I don’t know.  For me I’ve never seen my gender as a disadvantage.  I love being a woman and I’m supportive of the other woman out there doing it too.  There are some amazing female artists and there are some amazing female artists at this festival such as Halestorm who are one of my biggest influences, and Sumo Cyco too.  Those are strong female artists who are killing it.  Hands Off Gretel are another amazing band who are breaking out. I love Lauren, she’s brilliant and such a sweet girl too. Women are strong.”

You said you’re recording a new album.  Do you know when it’s coming out?

“I don’t know when it’s coming out.  We want it to be a record that people will want to listen to for years to come so it’s got to be right.  Hopefully it will be out at some point this year.”

One question that has to be asked as your stage outfit is so amazing.  Do all rockers have to love leopard print by law?

“I don’t know, as soon as you get that leopard print on it’s like a surge of electricity and you feel like a beast”.

What is your festival survival tip?

“Don’t wear impractical shoes like I have because I’ve had to be carried everywhere.  Bring wellies.” 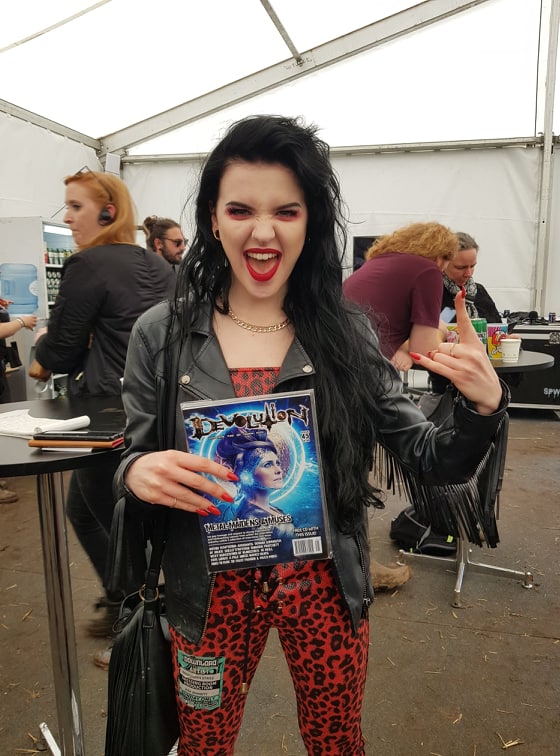 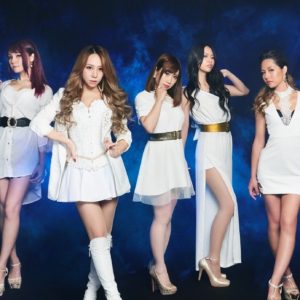 Japan is rapidly gaining a reputation for turning out great new music acts right across the spectrum. Lovebites are continuing...
Copyright 2017 Devolution Magazine. All Right Reserved.
Back to top