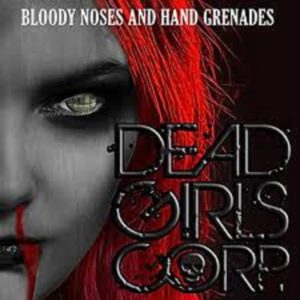 Traditionally, members of the Wright household have found themselves woken every Thursday morning by ‘This Corrosion’ being blasted through the house, by an almost 40-year-old, whose default setting is goth. Frankly, someone needs to tell The Sisters to shift over, because Goth Thursday (AKA Gothursday) has a new soundtrack – ‘Bloody Noses And Hand Grenades’ by Dead Girls Corp. Colossal keys and chords clattering away and clamouring to be heard. Beats that could wake the dead (especially on ‘Dead Girl’, coincidentally). Killer catchy choruses (‘From The Bottom’). Straight outta Hollywood, the four-piece hits us up with an industrial-tinged electro-punk goth extravaganza. It’s heavy on rhythm (‘Ask For It’) and heaped with attitude (‘Can’t Change’). If your clothes, hair, nails, jewellery and Labrador aren’t already black, this album will leave you considering an imminent image overhaul. Get it on your Walkman/phone/clever device that responds to your voice and does your bidding, and join the Gothursday revolution. 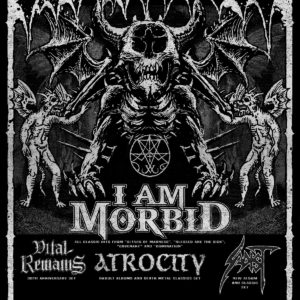 I Am Morbid, Atrocity, Vital Remains, and Sadist Unite for Morbidfest UK Tour With Special Sets The Flaming Arts Agency...
Copyright 2017 Devolution Magazine. All Right Reserved.
Back to top