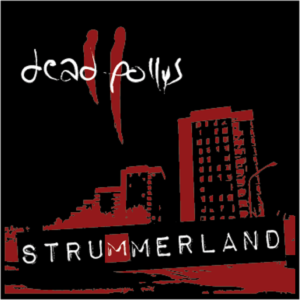 There’s a lot of good music coming out of Sweden at the moment.  It’s as if they were a bit surprised at how well Abba went down, gave us a few other morsels for several decades to keep everyone interested and then – pow! The Dead Pollys might not be on the top of everyone’s best known right now, they probably aren’t even in the land of tall pine trees and Volvos, but they sure know how to play modern fun punk and roll. Their blending of catchy hooks and sing along choruses means it’s almost impossible not to listen to them without bursting out into a big grin. Strummerland wins on so many counts.  It’s full of easily likeable uncomplicated music. It’s diverse enough to make sure you don’t get bored.  And with the same magic trick The Wildhearts are so good at you’ll remember the songs and importantly know who the band is just by listening to a few bars.  In a world of musical beige the Dead Pollys are a bright yellow cockatiel with a guitar. They’re not dead they’re only stunned!

Interview: Krista Magica "I get a lot of old ladies wanting to take a picture of me because their grand daughter will love it." 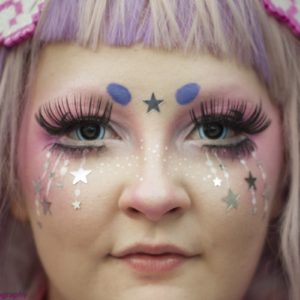 Interview: Krista Magica "I get a lot of old ladies wanting to take a picture of me because their grand daughter will love it."

Taking Kawaii as a baseline and using it to turn yourself into a living doll has taken Krista Magica on a journey that includes...
Copyright 2017 Devolution Magazine. All Right Reserved.
Back to top