Interview: Krista Magica “I get a lot of old ladies wanting to take a picture of me because their grand daughter will love it.”

Taking Kawaii as a baseline and using it to turn yourself into a living doll has taken Krista Magica on a journey that includes featuring in national newspapers and on TV shows.  Now with her newly launched Planet Magica brand the sky’s the limit, so long as the clouds are pink.  Gary Trueman chatted to Krista during London Edge about where it all began, her new business and little old ladies wearing PVC. 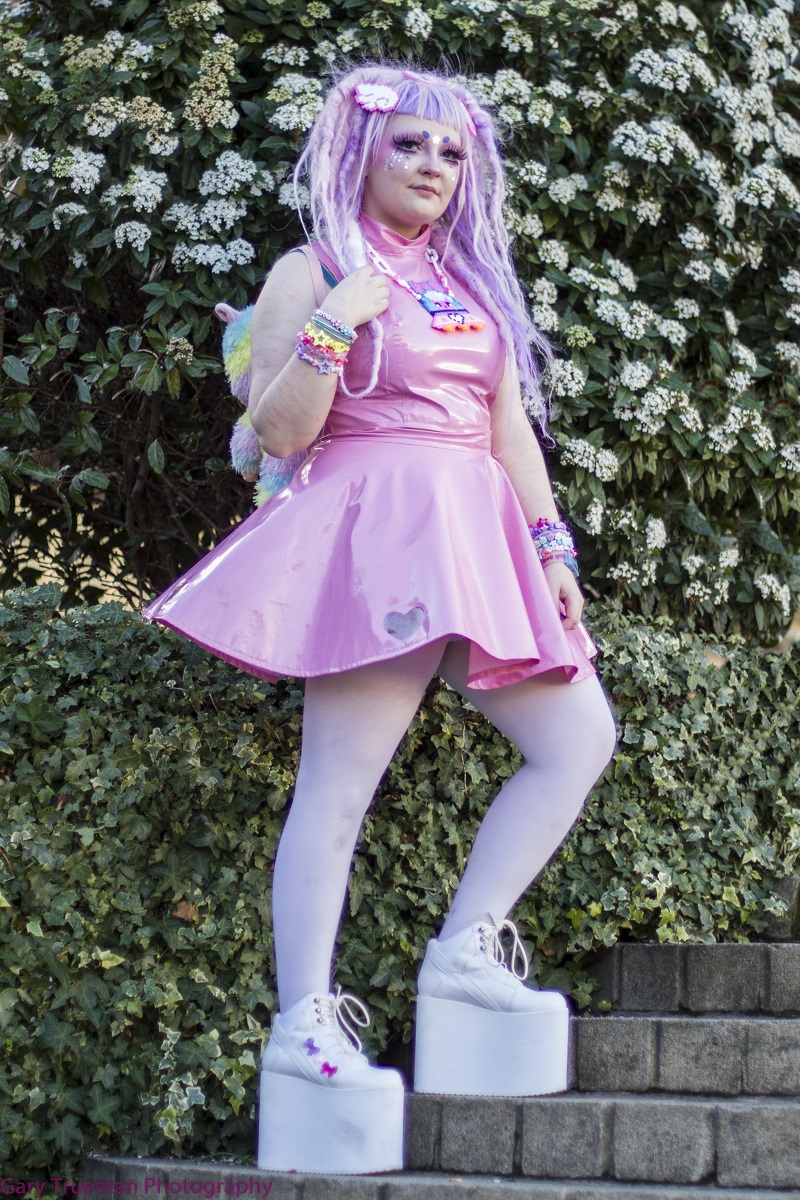 When did you first start to experiment with your current look?

“With the pastel Kawaii look about two years ago when I decided I didn’t want to be a goth/emo any more. I found all this anime and Japanese fashions with bright colours and happy things and I thought this is what I want to do. So about two years ago I started to transition slowly.”

Was there anything specific that really inspired you to make the change into this pastel doll queen?

“Pastel doll queen, I love that. I was mostly anime.  There’s a lot of magical girl animes in which they have these magical light transformations.  They’re all pastel and glittery.  I like the classical stuff too like Silent Moon. I started listening to Japanese music and Japanese pop idols.”

You must get quite a lot of extreme reactions from people who maybe haven’t seen this style before. Have you had any memorably positive reactions, and any negative ones?

“It’s mostly really good things. I get a lot of old ladies wanting to take a picture of me because their grand daughter will love it. They say they’ll think I’ve seen a fairy and stuff like that. I always love that.  I Love it when people just want to show a picture to their daughter or someone like that. Bad reactions, especially when I used to live in Maidstone where there are literally no alternative people, people would be calling me princess but in an insulting way. And I’ve had people harass me saying stuff like be my doll and being unpleasant.”

“How I describe it is dreamy magical out of this world accessories, clothing and art.  So it’s essentially like I’m trying to make it a lifestyle brand.  So you could dress Planet Magica. It’s an embodiment of me and all the things I love.  So it’s about space and dreamy and doll like.  All the cuteness in the world.”

How far have you got?

“I’m online and currently sell on Etsy but I’m working on my own website just to avoid all the fees and to be more in control of my own business.  Obviously opening a real shop would be amazing but I don’t know if that’s really the main aim.  My main aim is to have a much larger presence online because less and less people are choosing to go to physical stores, especially the alternative community who already know everything can be bought online. The future is to just expand my range of clothing.” 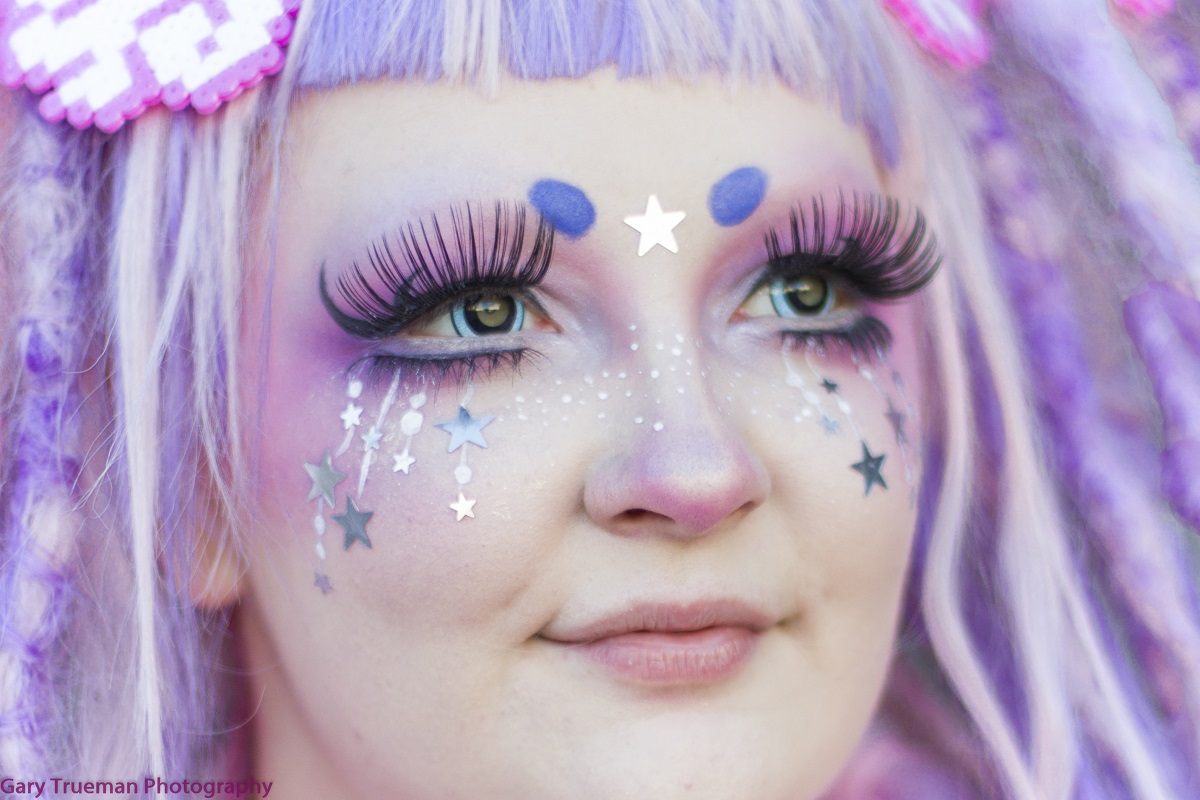 Let’s talk a little bit more specifically about you and how you create your look starting with hair.  You use a lot of wigs but it’s true that your own hair is pink too?

“I do wear a lot of wigs, mostly every time I go out or when I put on my full look. So today I’m wearing a wig by Dreads n’ Decora which is a small business owned by a friend.  She does wigs, dread extensions and accessories.  My actual hair is pink and it has been for the entire two years of doing this.  I pretty much mix and match dyes so it does look different sometimes but always pink.”

One of your trademarks of how you look is your contact lenses which are doll like.  What contact lenses do you use and do you always go for the same ones?

“I always by my contact lenses from Unique Show which is a website. I wanted the largest contact lenses I could find that still weren’t like the Sclera ones that cover your entire eyeball.  I’m not interested in that so I have mini Sclereas.  The ones I have in now are called Nebulas I think. I wuild love to have a whole cupboard of lenses to choose from but mini Scleras are really hard to find.”

With clothing do you just buy what you want or customise stuff or do you make your own?

“I’ve never actually made clothes although I do have a sewing machine and I am going to start doing that soon.  Right now I buy from smaller businesses and Etsy businesses particularly because they can customise sizes and I’m a chubby person.  For a lot of Japanese brands I’m an extremely chubby person because they have very small sizes. I started off by buying from Primark and charity shops and adding things to them or adding pieces together. You don’t have to have a massive budget to start off with to do Kawaii.”

You were recently featured by a national newspaper.  How did that come about?

“Yeah, it was both the Daily Mail and the Mirror and also internationally it was so many places like Mexico and Ukraine. Apparently I was on Indonesian CNN, I had Indonesian people write to me saying they’d seen me on TV. That was amazing. I just got a message from a lady saying they were interested in doing an interview about my doll style fashion and life style. I wasn’t sure if it was going to be good publicity. I feel interviews with that type of media with alternative people can go one of two ways. It’s either going to look at what this amazingly unique person is doing or it’s kind of finger pointing, like look at this specimen. In the end the article was positive, even for the Daily Mail.  People were surprised it was so positive.” 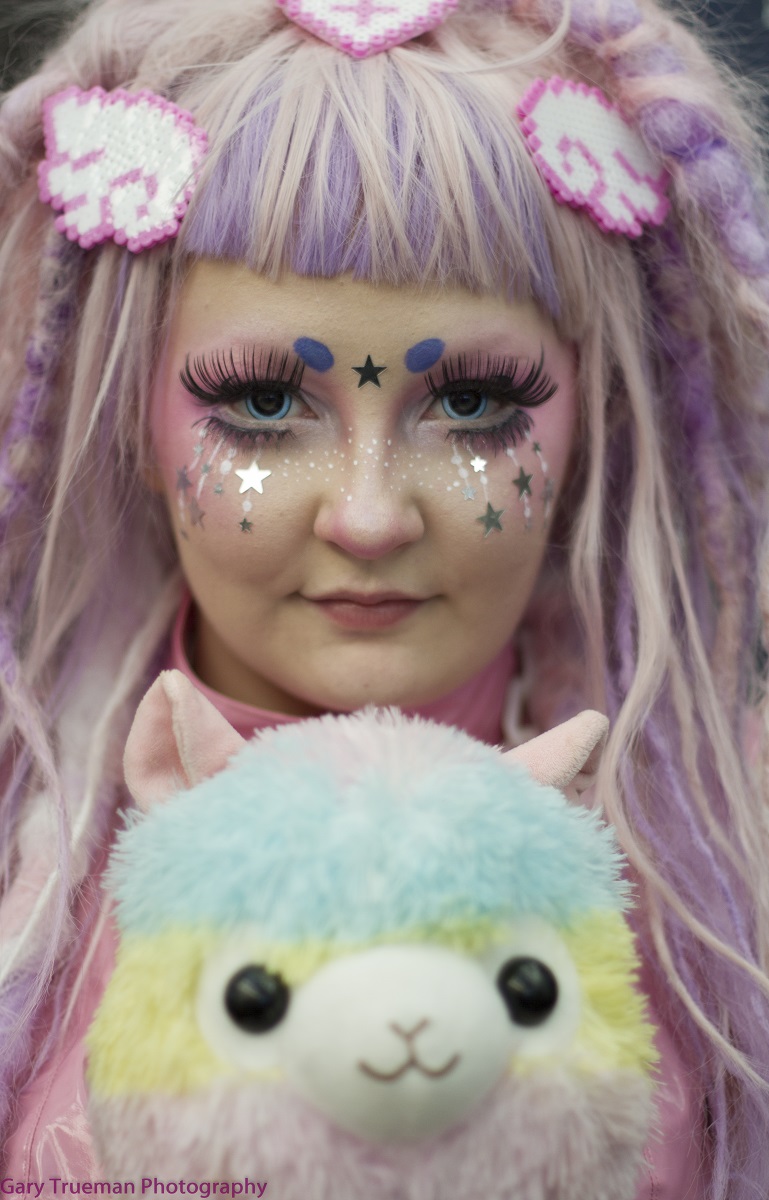 If you were given somebody well known a full Planet Magica Kawaii makeover who would you pick?

“This is a difficult question and I’m mow thinking of the least Kawaii people in the universe. I’d like to give Donald Trump a Kawaii makeover.  That’s what’s happening now, their government is shut down because Trump is trying to be Kawaii, haha.”

If everyone started to dress like you and it became a trend would you be happy about that, or sad?

“I would have quite mixed feelings.  I wouldn’t want people wearing it just because it’s a trend. I would want people wearing it because they enjoy the happiness that it brings people. If it reached those levels then old ladies wouldn’t be taking pictures of me on the street.  Maybe we would see those old ladies in their PVC outfits though.  Actually I would love that.  Imagine all these old ladies on a night out in their PVC outfits, haha.  I would want it to keep it’s originality and for people to be able to express themselves.” 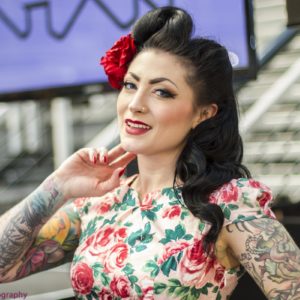