Protesters gathered at Instagram’s London headquarters on Friday May 24th to protest about having their posts and accounts removed. In an apparent policy shift Instagram has been removing images and freezing accounts without warning. Leading alternative model and podcaster Rebecca Crow organised the demonstration after her account was removed on several occasions. 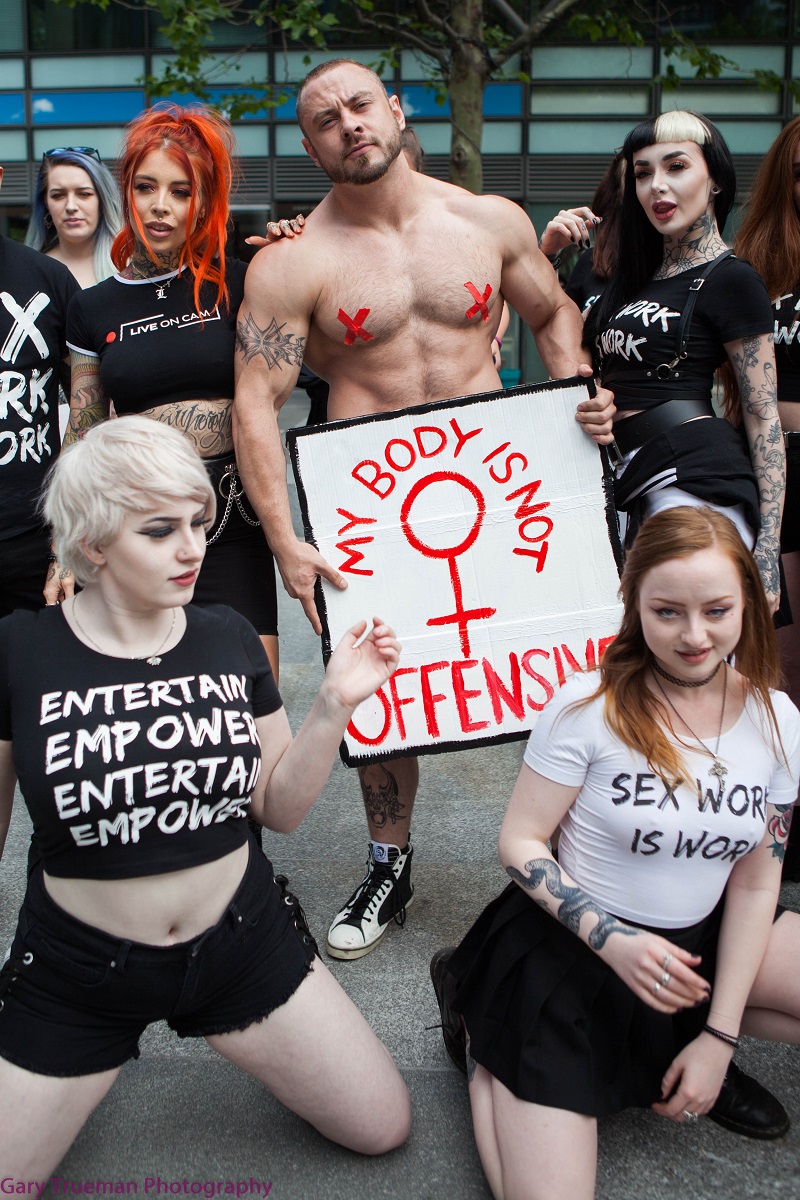 Running under the banner of ‘sex work is work’ the protesters were aiming to highlight how the social media giant is removing seemingly innocuous images for being too sexually provocative and in some cases removing accounts for perceived regular offenders. One protester told how an image of a pair of boots had been deleted and even an appeal failed to get the photo reinstated. Another stated that she had recreated an image passed as OK for a celebrity but that hers had been removed. There was a general feeling that people could be placed under severe financial hardship simply because they earn a living in the sex industry, and that the deletion of images were an attack on individuals who are following Instagram’s own policies. 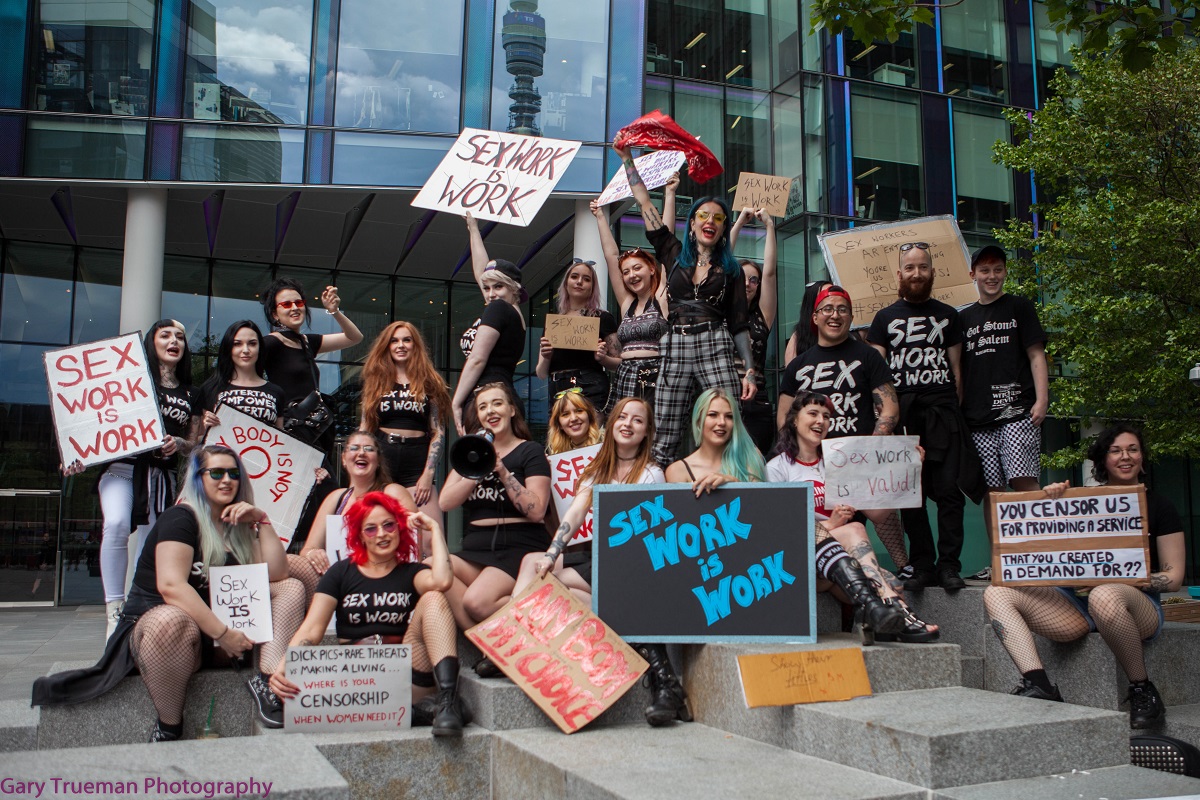 “On Friday 24th of May, myself and 50 other UK Sex Workers took to the courtyard outside of Instagram’s head office in London to protest their censorship policies which are disproportionately affecting sex workers businesses on Instagram. The turnout was peaceful with a positive vibe, with many sex workers engaging in conversation with the public and gaining support for our protest.

Despite multiple requests via megaphone and security staff guarding the building, Instagram refused to arrange a meeting with myself to begin to listen and understand the Sex Work industry. Instead, extra security was hired and instructed to blockade the building and for a period of time no employees were allowed in or out.

We will endeavour to encourage Instagram to meet with me to discuss sex worker rights on the platform and end the double standards where celebrities are routinely posting content very similar to sex workers to promote their businesses, however sex workers are having their accounts deactivated for this type of content daily.

When asked a representative said that Instagram were declining to make anyone available for comment on the protest at this time. 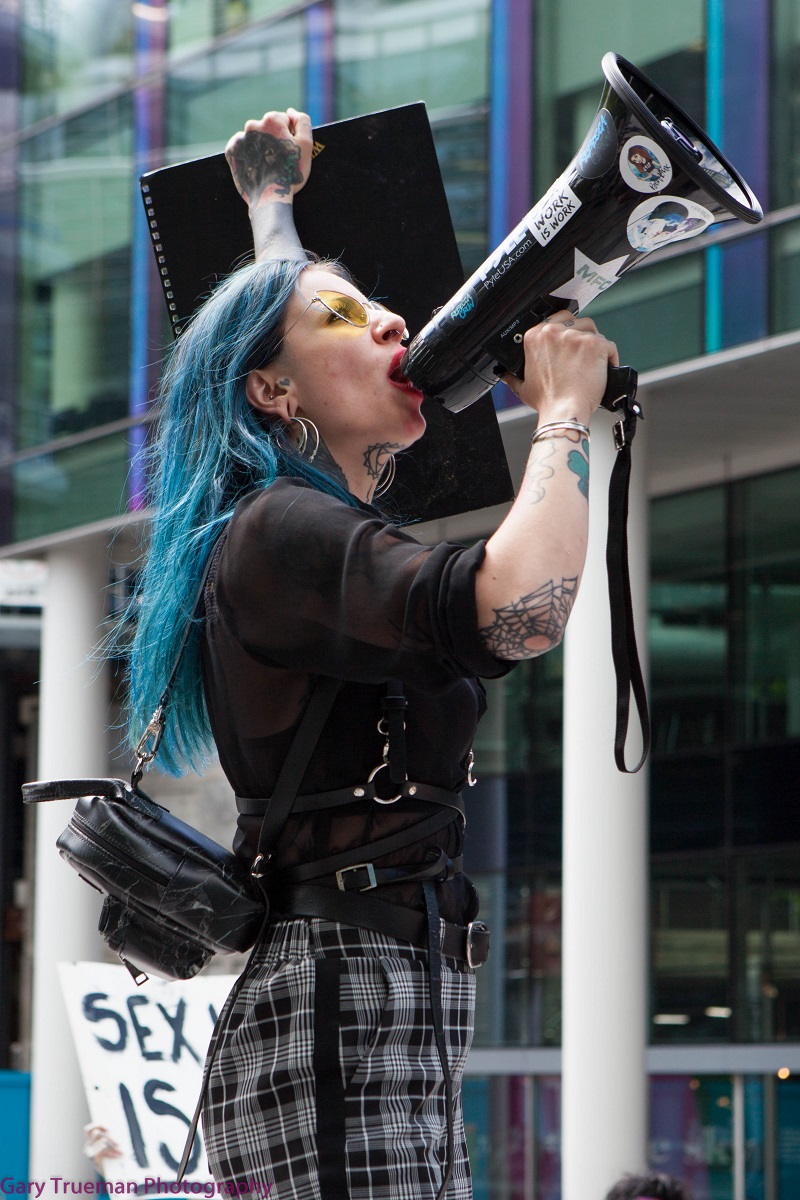 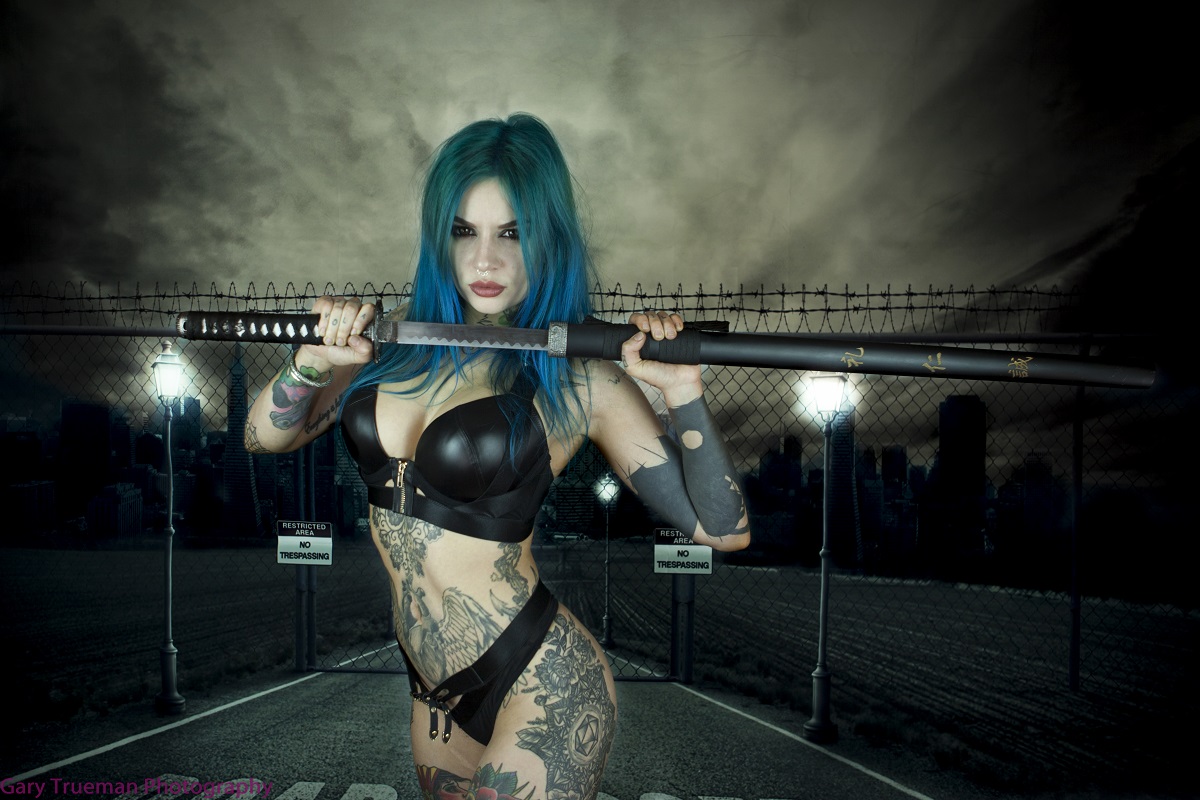 Rebecca Crow: “Be safe, always use your discretion.” 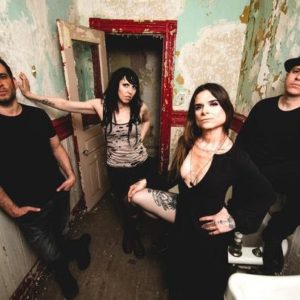 LIFE OF AGONY Kick Off S.O.S. World Tour Starting In The UK This Fall, With Very Special Guests DOYLE! Hard rock and crossover...
Copyright 2017 Devolution Magazine. All Right Reserved.
Back to top