The Interrupters/Grade 2/Maid Of Ace 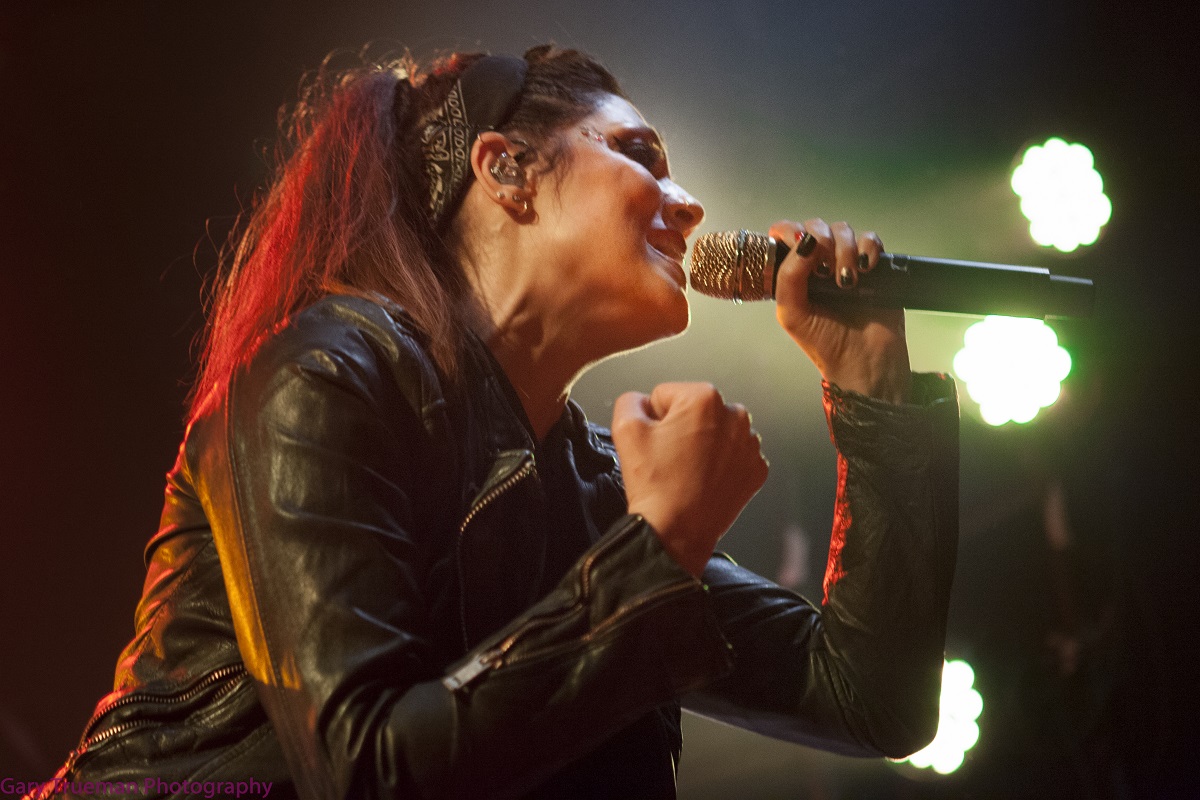 The Electric Ballroom in Camden is sold out for this gig but even so it’s not often you find an opening act packing a venue out quite like Maid Of Ace do. Their full on uncompromising brand of punk succeeds where so many others fail, it sounds fresh. While all eyes may be on the front line of Alison, Amy and Anna it’s Abby sat behind the drums that sets much of the tone.  She’s hits everything so damn hard but also with pinpoint accuracy and has to be one of the best tub thumpers on the circuit right now. The band blast though 30 minutes of perfection aided by Dee from A Pretty Mess on a couple of songs.  It won’t be long before Maid Of Ace are selling out venues this size as headliners. Tonight they almost steal the show. 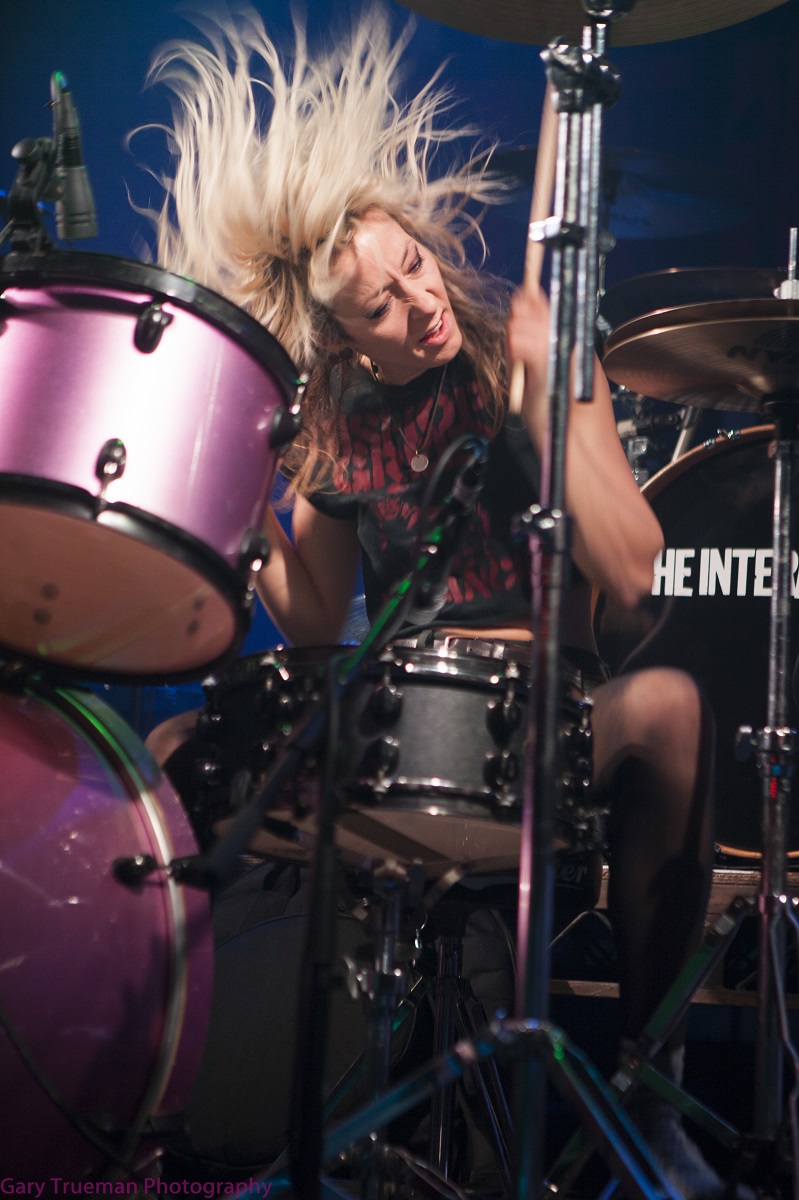 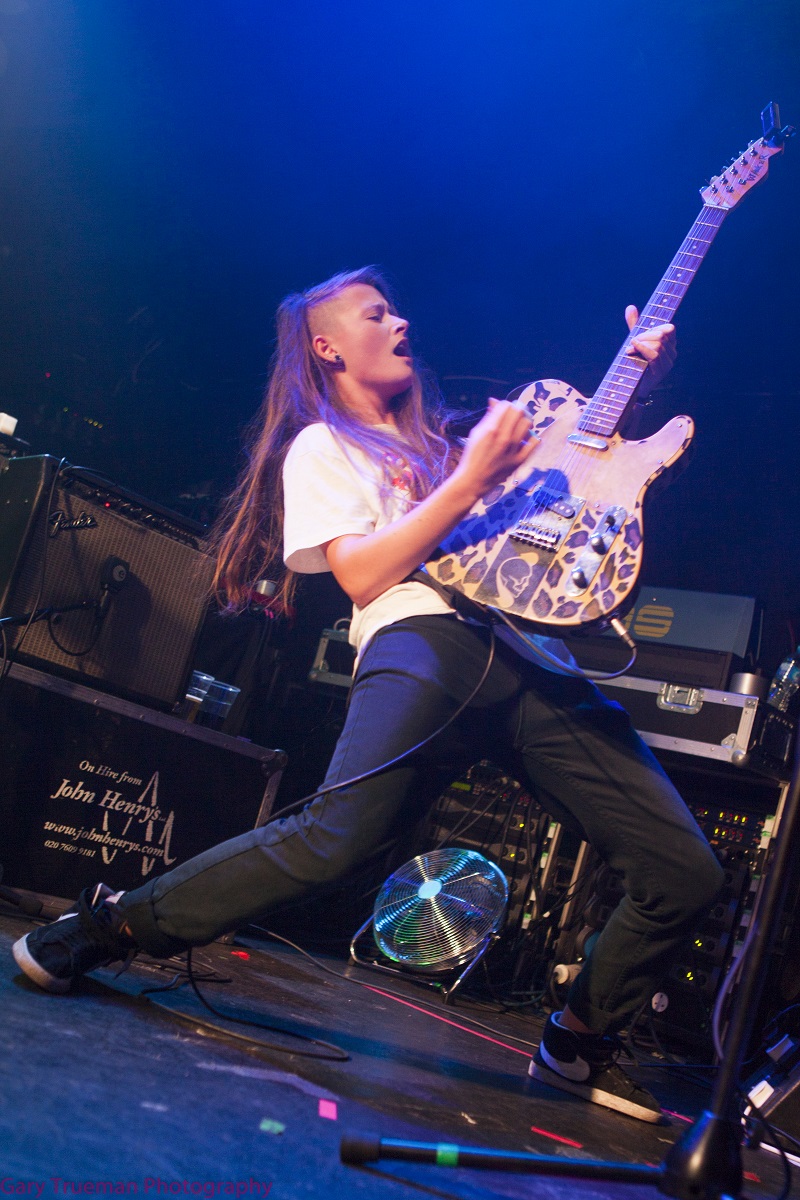 Grade 2 bring a slide rule and a bit of alt rock into the mix with their fast paced and very technically correct form of punk. It can’t be easy coming from the Isle Of Wight and being a musician, or any type of creative for that matter. So you have to say fair play to the trio for literally managing to bridge the gap and getting such an excited crowd even more worked up. You’d expect their music to be a little bit stark, a bit bare bones, but it isn’t. Thanks to some clever guitar work and a very busy rhythm section we’re again treated to a set of songs that sound like they belong in 2018 rather than three or more decades ago. It shouldn’t be too long before Grade 2 will have to change their name and become Grade 1. 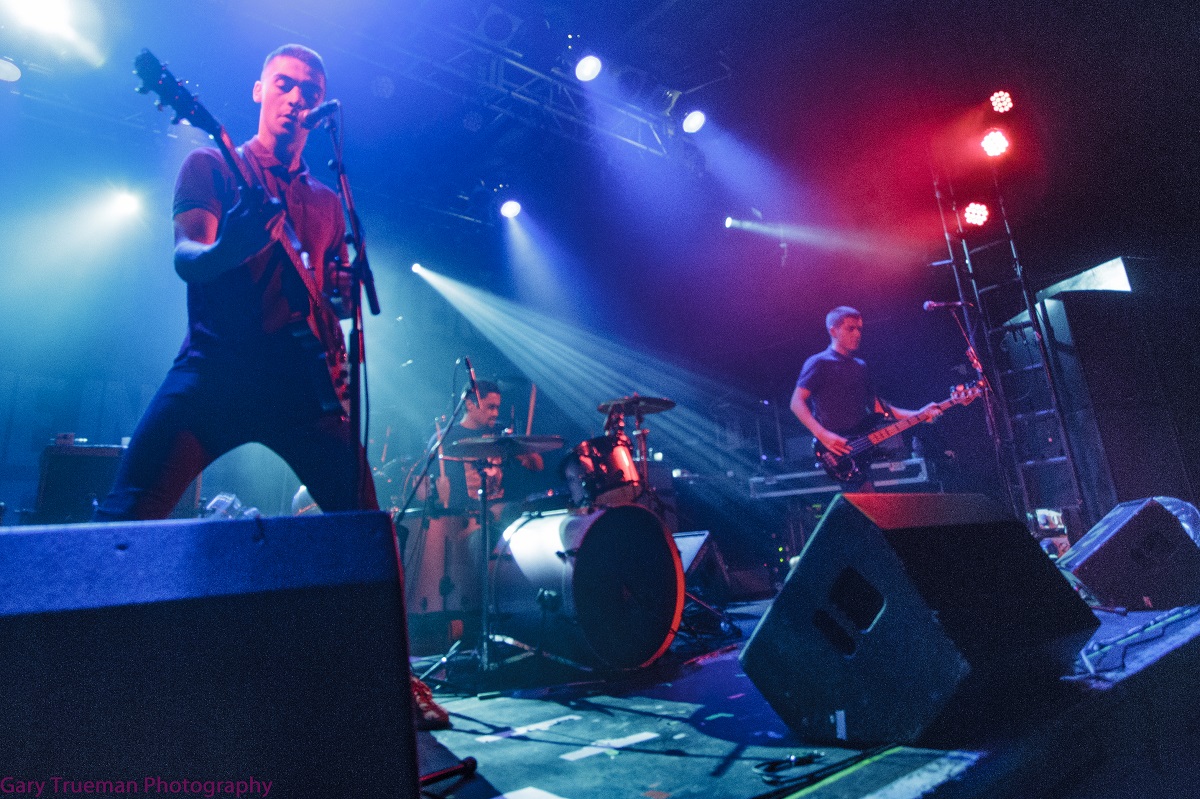 Ever since a certain Aimee Allen met the Bivona brothers and formed The Interrupters they’ve created music that has captured people’s minds and hearts.  Their high energy ska is given backbone thanks to song writing that has melody at its core and a relaxed approach to incorporating harder edged styles into the mix. The result is a band that sound great on record but really come to life in a live environment. The heaving Ballroom is testimony to their pulling power, the sheer joy on everyone’s faces a tribute to their craft. It’s a formidable set list too with new found fan favourite She’s Kerosene igniting the audience early.  It’s a move many acts would have found impossible to pull off, but The Interrupters have so many strong songs that it serves its purpose well whipping up the crowd.  For an hour and a quarter the oncoming winter and personal concerns give way to dancing and singing along.  This is entertainment at its very best, music to make people happy.  And then on the journey home you just know trains and cars will be filled with songs being hummed and memories being filed away for a rainy day.  That’s what The Interrupters do so well, they bring a little sunshine into people’s lives. Let’s hope they keep doing so for a very long time. 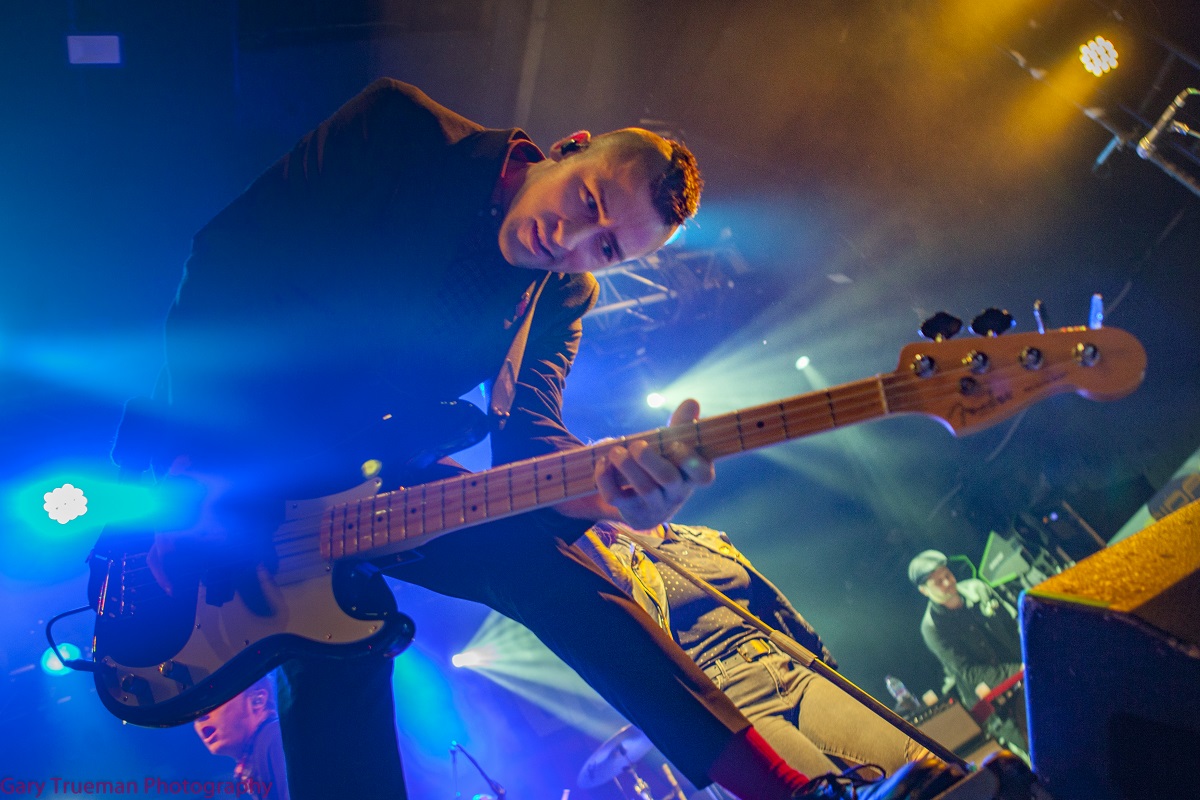 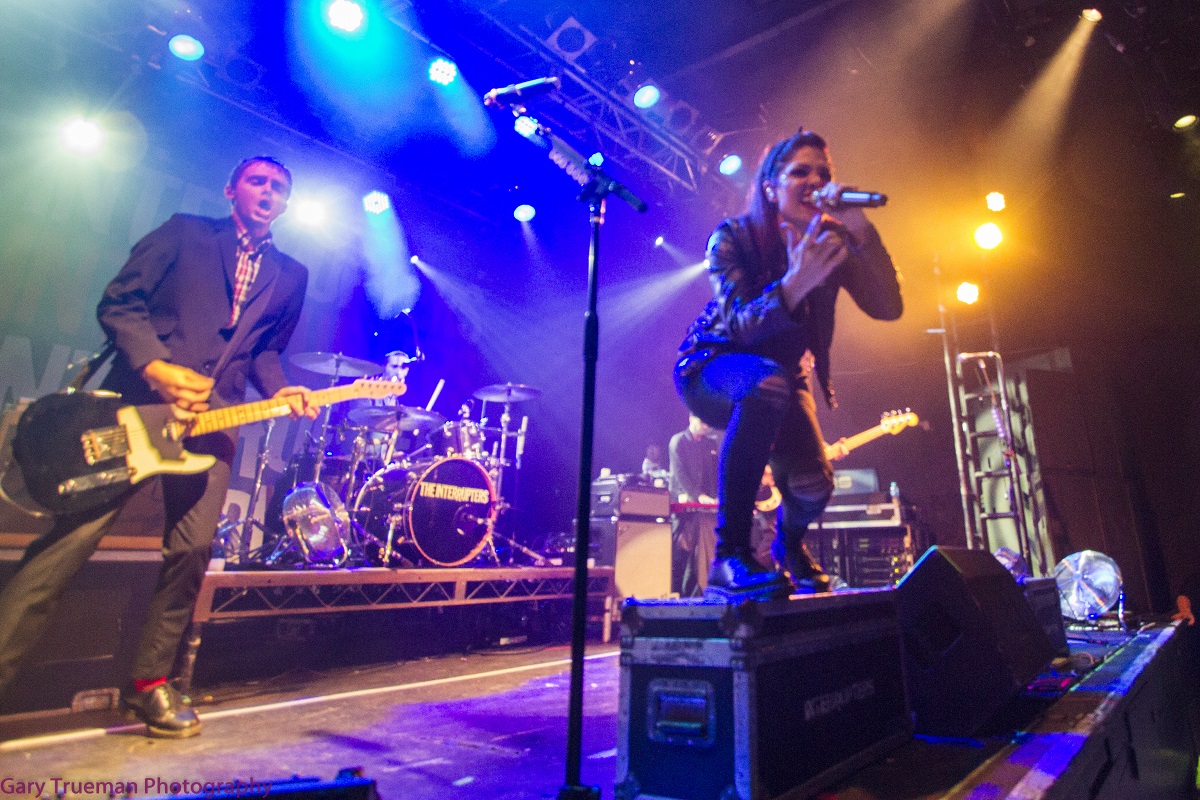 Review and photos by Gary trueman 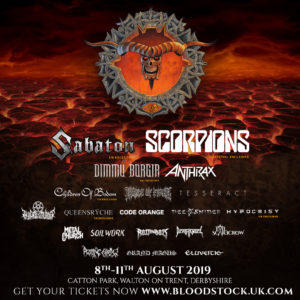 Bloodstock Festival announces another four for 2019! As the festive season descends upon us, BLOODSTOCK come bearing...
Copyright 2017 Devolution Magazine. All Right Reserved.
Back to top