Introducing: A / M – “The moment you’re told what you can and can’t do takes the fun out of it and that’s not something I want from music! There should be no rules!” 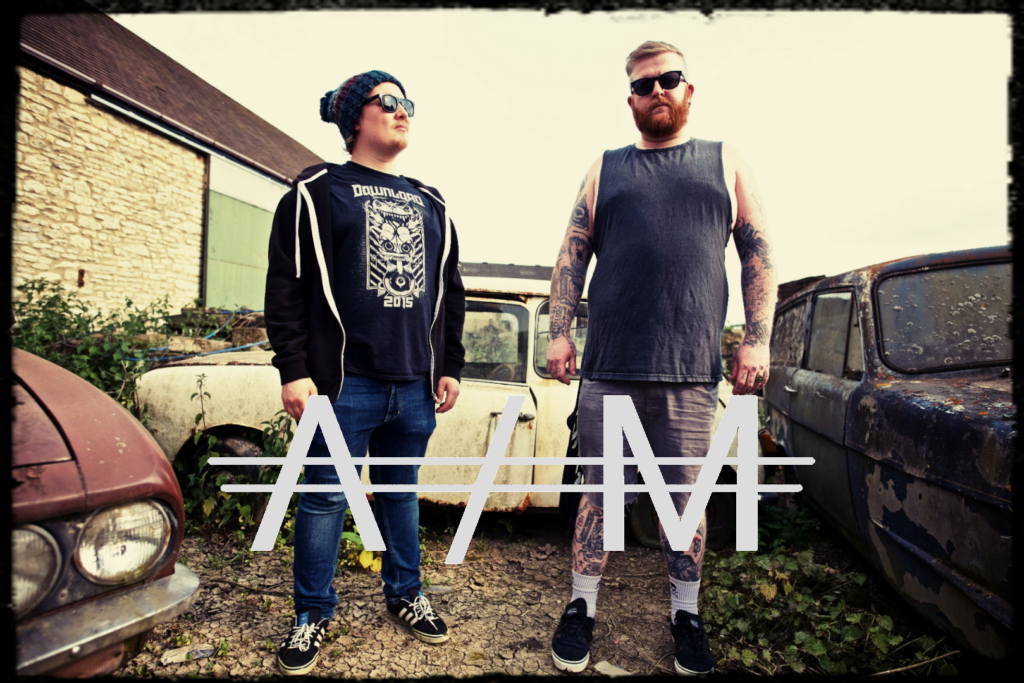 As part of our ‘Introducing 2018’ series we hand over this showcase to Oxfordshires A/M and let the guys tell you in their own words who they are and why you should be listening to this duo!

Tell our readers about your current release

Imagine 225g Royal Blood, 2 tablespoons of ’68 with a dash of Down, seasoned lightly with some Black Sabbath then baked for 3 hours or so in Ed Sheeran’s oven until it’s burned and horrible.

Adam – Jimmy Page (Led Zeppelin), Dimebag Darrel (Pantera/ Damage plan) and Tom Searle (Architects). In my eyes they’re all guitarists that made something their own and stood out above other guitarists, particularly when I was finding my feet in the world of guitar and rock/ metal.

Adam (described by Matt) – An absolute beast on the guitar, I still don’t know how he makes those noises. Usually the first in and last out of the pit.

Matt (described by Adam) – Matt is 100% the driving force behind A / M, his motivation and passion for music is incomparable. And he’s probably the 2nd best drummer in the band.

Matt – We are both pretty stupid; we are like brothers so love to wind each other up.

Adam – I wouldn’t say there’s a single joker, we both think we’re hilarious.

Matt – We usually play new songs we like to each other and always throw in some cheesy classics.

Adam – Nah I’m always in charge, if Smooth by Santana and Rob Thomas hasn’t played at least once on the way to a gig then the gig’s going to be terrible.

Pick your dream band line up.  Each band member selecting a corresponding musician who may be dead or still very much living.

Adam – I’d pick Tom Searle, his riffs and his tone for Architects are just unbelievable and incredibly powerful.

Matt – Ryan ‘Legs’ Leger (Previously of Every Time I Die) – He IS drums.

Matt – Adam would be first to go as I am bigger and hungrier.

Adam – Yeah Matt would eat me first, he knows how to cook as well so it would be a waste if I tried to eat him. 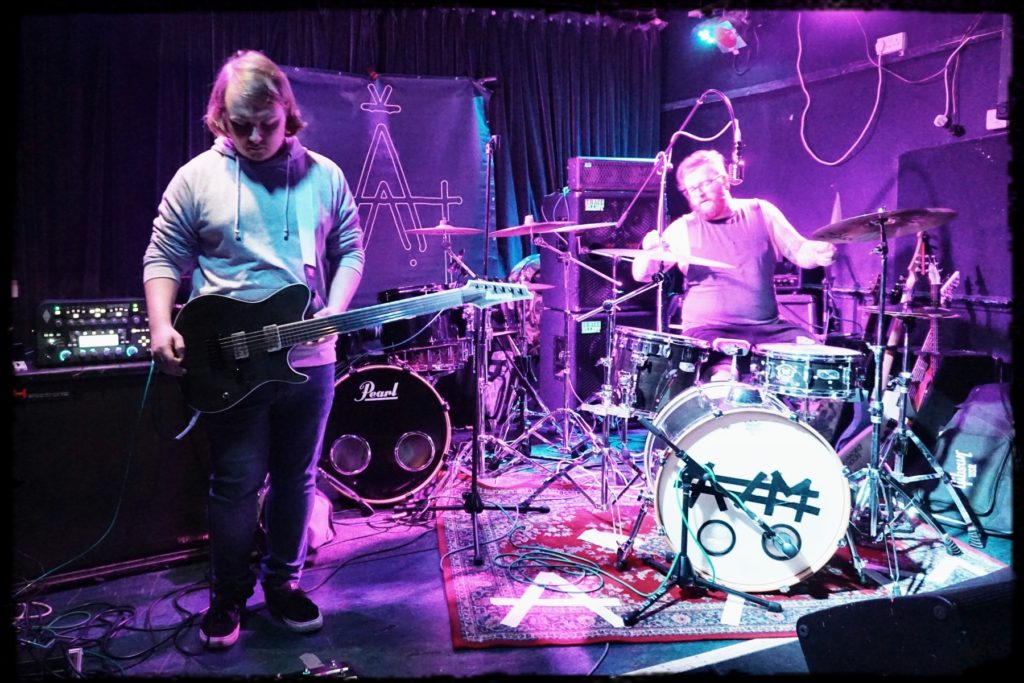 Adam – It didn’t necessarily happen to me but there was one time when me and Matt were in a Psychedelic band and we played a gig where people were getting naked, laying down, sitting on each others faces and drawing round peoples shoes with chalk. That was an interesting evening.

Adam – I think I’d pick Architects, I know they say never meet your heroes and all but I want to. Besides they’re popular so they’d bring a crowd.

John Bonham – the greatest musician ever.

Adam – As good as Zelda is, have you never won a FIFA match with a last minute top bins 40 yard screamer with Alan Hutton on a rainy Tuesday night away to Norwich City in the 3rd round of the FA cup?

Matt – I’d get in that fridge/mini bar.

Adam – Not that we have an image or anything, but personally I’d say no.

Matt – Queens of the stone age – You Think I Ain’t Worth a Dollar, But I Feel Like a Millionaire

Adam – Mine would probably be You Make My Dreams by Hall and Oates.

Matt – Yeah probably me, I snore like a gutted warthog.

Bicester, Oxford: We are pretty lucky and most of oxford are metal heads.There are a lot of promoters for rock and metal music in and around Oxford so it’s good because there are a lot of chances to get shows.

Matt – It’s a bit of both, Adam with either come up with a killer riff or I will hum a riff, the idea of the song is down so it’s looking for lyrics which Matt writes with Adam throwing in a line here and there. We also write the song name first then make a song that sounds like the title.

Adam – It’s fairly collaborative but I forget every riff I ever write so if Matt didn’t record anything we probably wouldn’t have any songs.

Matt – We have already got the concepts for 5, 10 track albums. These will be released as 2 part EPs (or until we get a record deal)

Matt – I think music will always be a huge part of life, so music of any media will thrive.

Adam – I’m a huge believer of just putting your best tracks on an album regardless of if they all sort of fit each other or not. It’s part of the beauty of music.

Adam – That’s always such a difficult question, because as much as everyone wants to be able to say: “Yeah, let’s do it!” In reality it’s got to be a really tough choice because there’s so many things to consider, financially and being away from home constantly for starters.

Extremely, without it we’d have never have got any gigs at all. Playing small venues is great as well because even when there’s not a lot of people there, it looks fuller than if it was a bigger venue.

With everything being so digital and run predominantly through social media what is your view on the importance of regional and print press?

Adam – It’s still very much important, people might see your ad on Facebook and whatever and keep scrolling. But if you’re seen in a magazine that they’d have to go out of their way to get, they’re going to be more inclined to check you out. That’s how I think it works anyway. 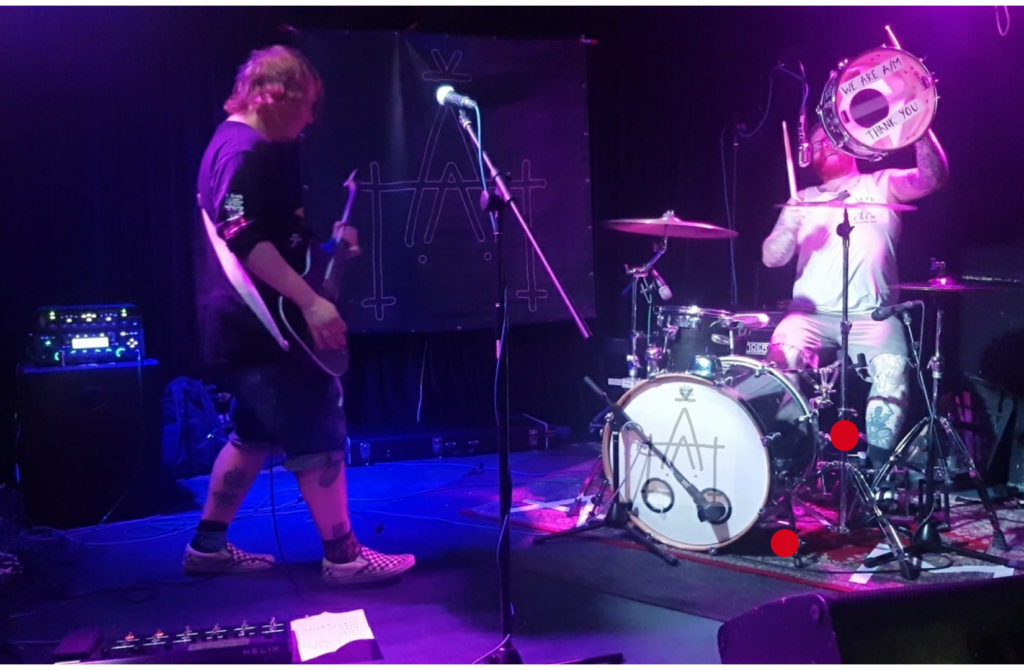 What are the band goals for the rest of 2018 and 2019? Anything important or any milestones to be reached?

Matt – We are still a new band so we are hitting milestones every day, whether it be a new video we’ve dropped or photoshoot or review we’ve released. Plans for 2019 is to get the 2nd part of the first album recorded and released, play festivals and spread the word of A / M #believeinam

Adam – Just keep doing what we’ve been doing, and most importantly keeping it all our own way. The moment you’re told what you can/ can’t do I think it takes some of the fun out of it, and that’s not something I want from music! There should be no rules.

Matt – Download – This festival means a lot to both of us, it was our first experience attending a festival  and will stay close to our hearts.

Adam – Absolutely, Download is THE festival. I’ve attended a fair few of them so for me to play it would be a dream come true. And that means you get a free ticket, right?

Adam – Easily ESP guitars, because they’re incredible instruments, hands down the nicest guitars I’ve ever played. If anyone at ESP happen to be reading this can you spot me a Cult ’86 please? Thanks. Ernie Ball power slinky strings with a .64 on the lowest string is where it’s at, so obviously them. I use mostly digital stuff now but I’d love to be endorsed by Orange amps because their cabs are the best sounding cabs I’ve ever had the pleasure of using. I could honestly go on for hours about the stuff I use and love.

Adam – Whoever invented Dr. Pepper, they’re going to be my angel. As for sending someone to hell, I’d probably send Mark Labbett off of the chase. Nothing too personal, just don’t like him, or his face.

Matt – Stephen Fry would be my angel as he’s the closest thing we have to GOD. I’ll prob end up going to Hell, so I’ll send Adam too, so at least we can Fuck up HELL together.

Matt – Thank you for all your support so far we hope to keep surprising you and smashing up stages all over the world.

Adam – Thank you for taking the time to come down to gigs and supporting us by buying T-shirts or baking us cupcakes!

I till I die! Electric Dream Machine are the best band in the world. End of. 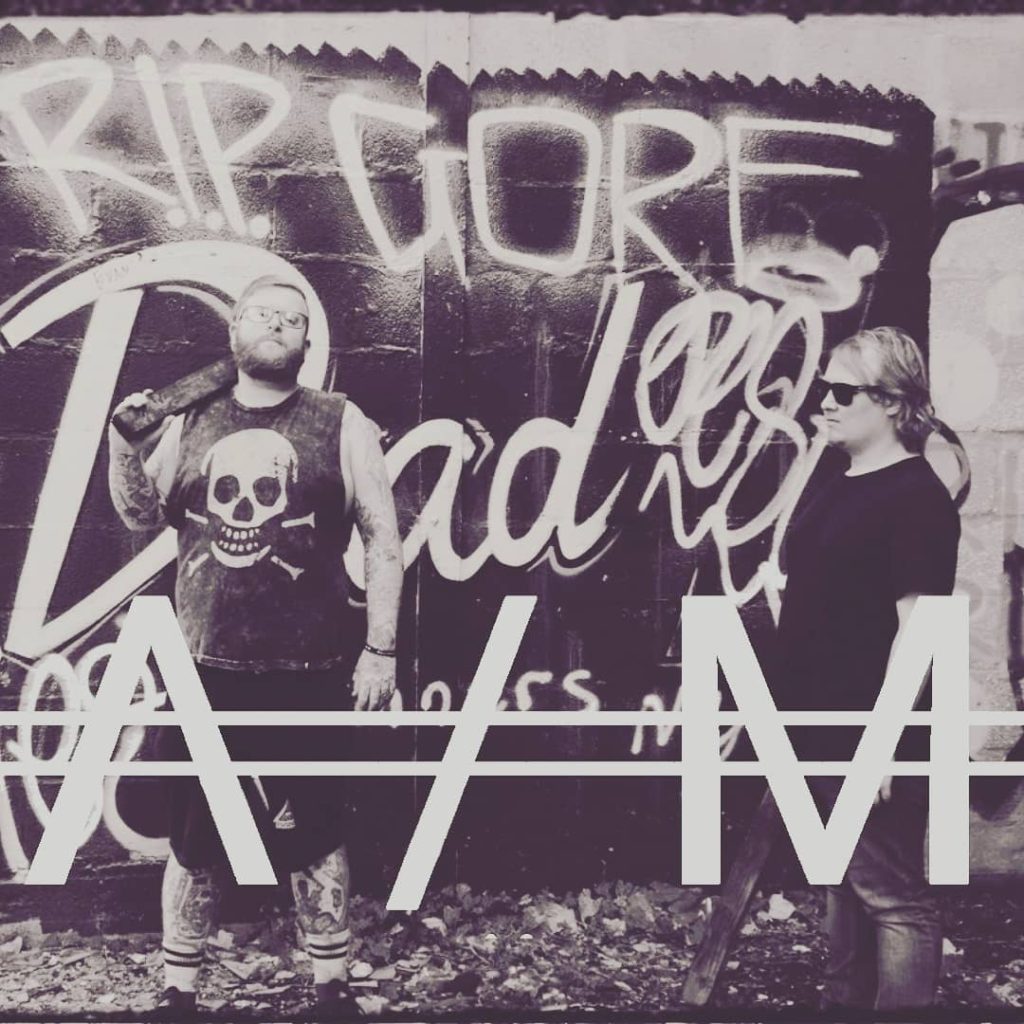 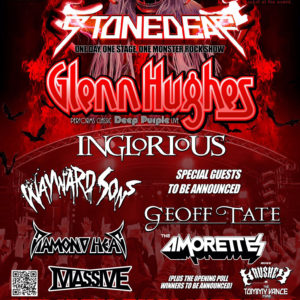