Review: A Void – Awkward And Devastated 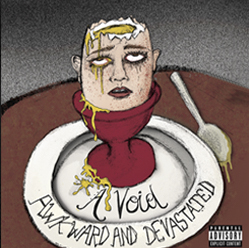 Awkward And Devastated – Self Released

There’s a plethora of angry women out there picking up guitars and venting their feelings in song. They’re the ones driving music forward right now and A Void led by Camille Kennedy are one of the best of the new young bands popping up.  They’re aiming a stake at the heart of the old school disaffected music that has now become stale. Awkward And Devastated is a clean fresh record that hasn’t an ounce of unnecessary infill on it. The starkness of the production gives it a garage feel which sits well with the song writing. They say music comes in cycles and that may be so but it also needs to be taken to new places, it needs fresh ideas to keep the cutting edge honed. A Void are right at that edge with words that slice and riffs that dice. Such a young band still has a bit of growing to do to realise their full potential but the omens are not just good they’re great. Awkward And Devastated is a clear contender for debut album of the year. 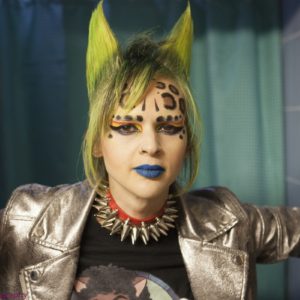 Puss Johnson isn’t someone you’d lose in a crowd. Her feline style complete with tail is legendary in the punk world....
Copyright 2017 Devolution Magazine. All Right Reserved.
Back to top