For fourteen years the International London Tattoo Convention has been a stalwart of positivity and a supporter of creativity. Its founder Miki Vialetto has steadfastly taken his love of tattoos and moulded it into a force that has helped to see body art become so much more socially acceptable.  From humble beginnings the convention, the first of its type, is now a major feature on the London calendar.  And it’s not just all about the ink either…. 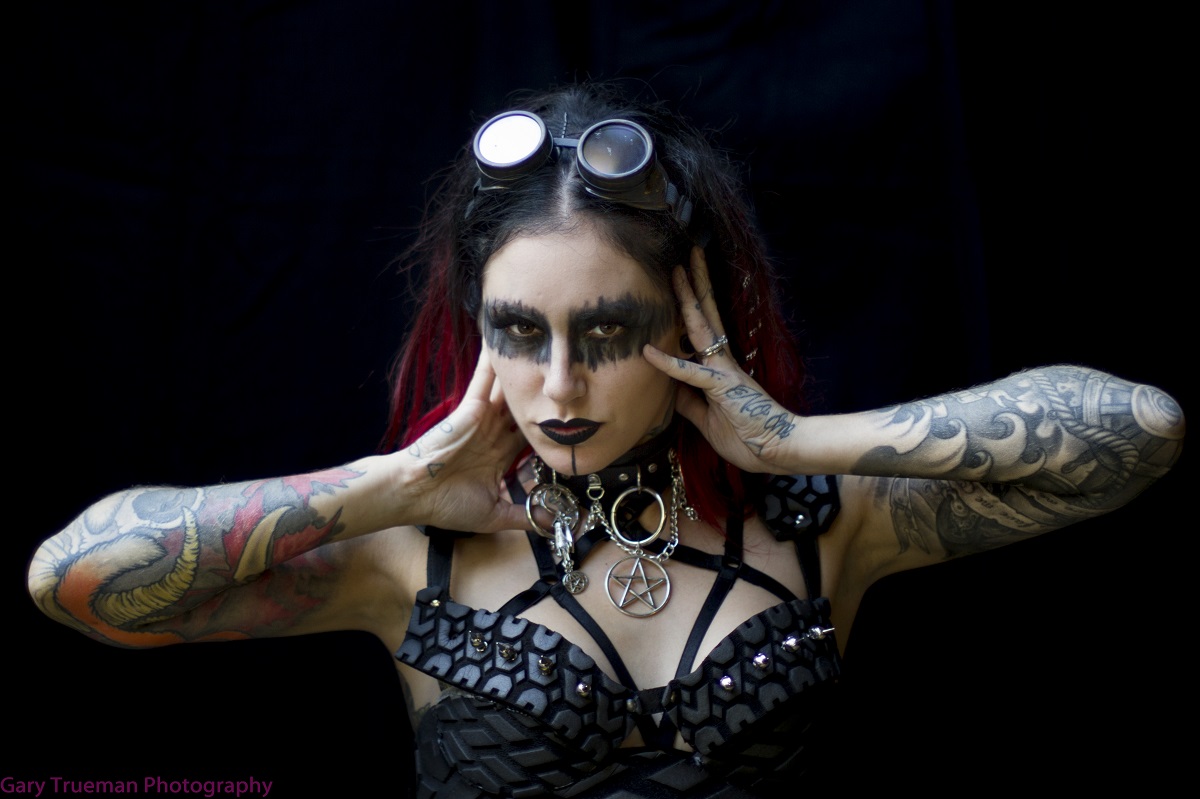 There’s a vibe around Tabacco Dock that can best be described as warmth mixed with excitement.  The place is heaving with the expected throngs of punks, pin up girls and of course those who have spent much time and money on their body art.  But there are also families, the odd elderly couple and a great many others that can be classified as just curious.  That’s one of the features of this gathering, it opens its arms to everyone. 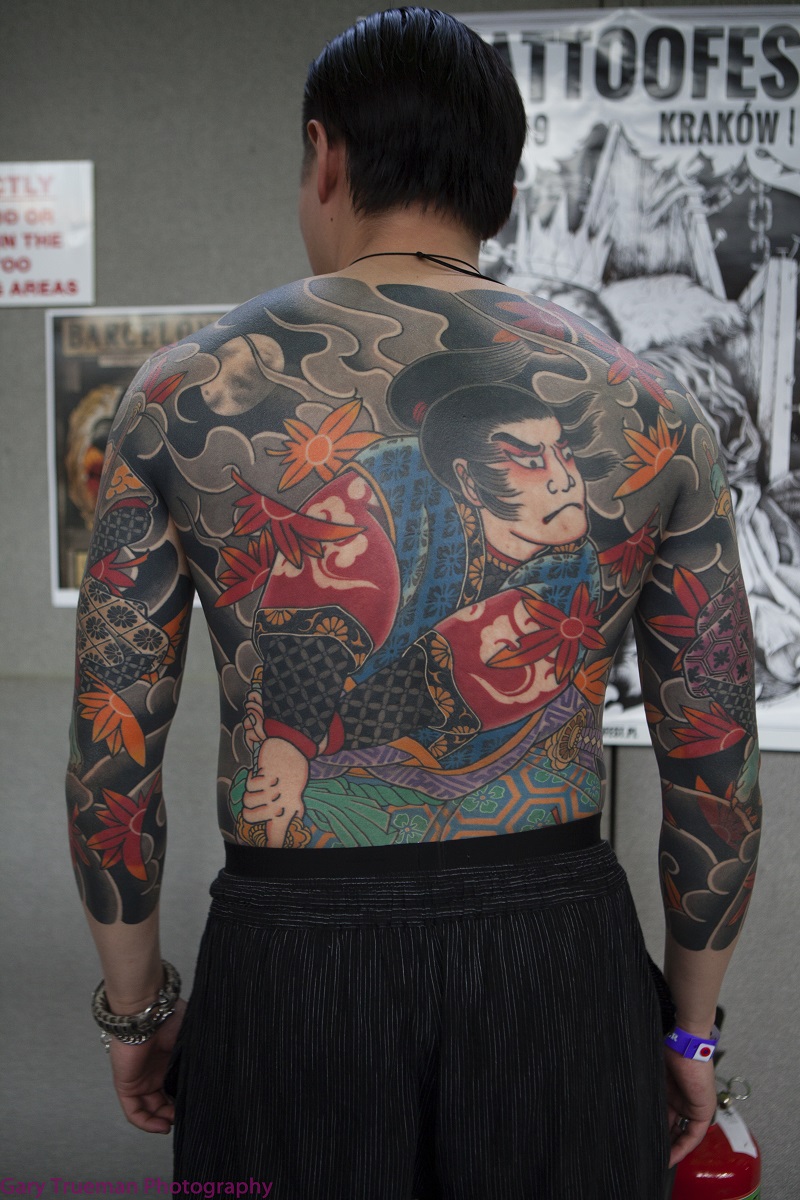 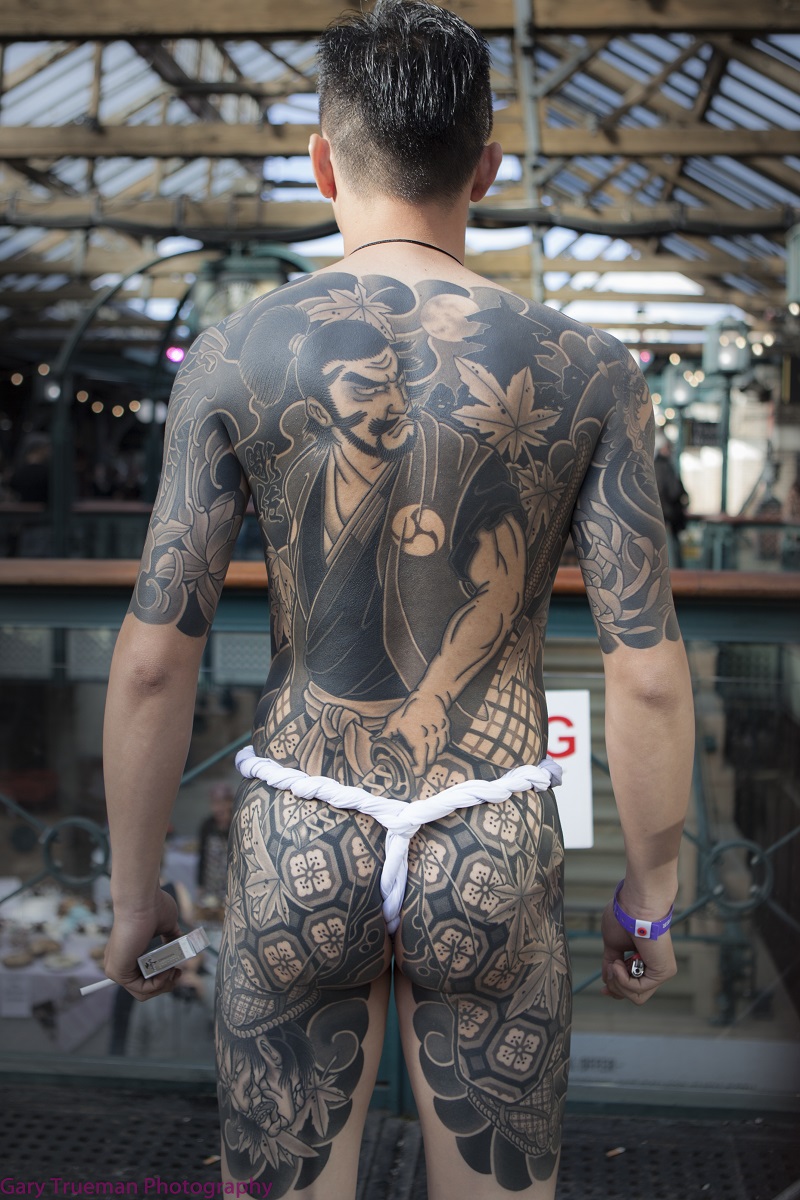 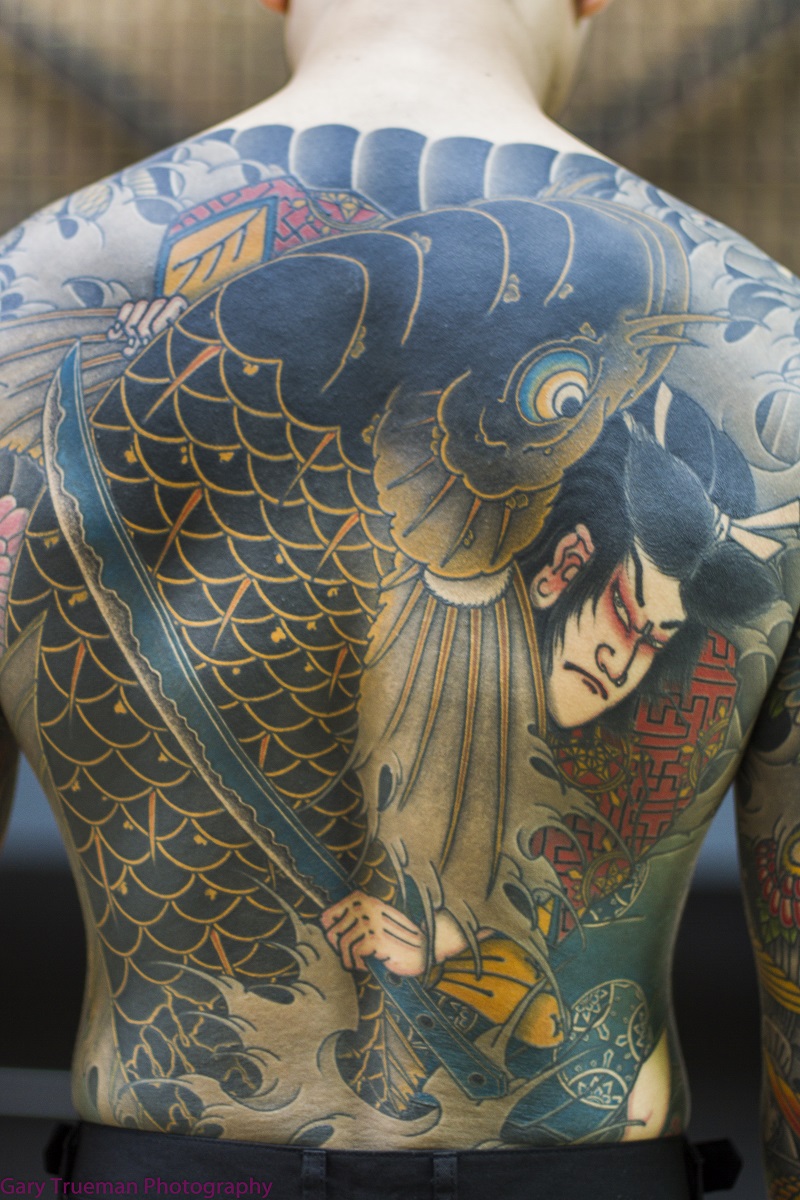 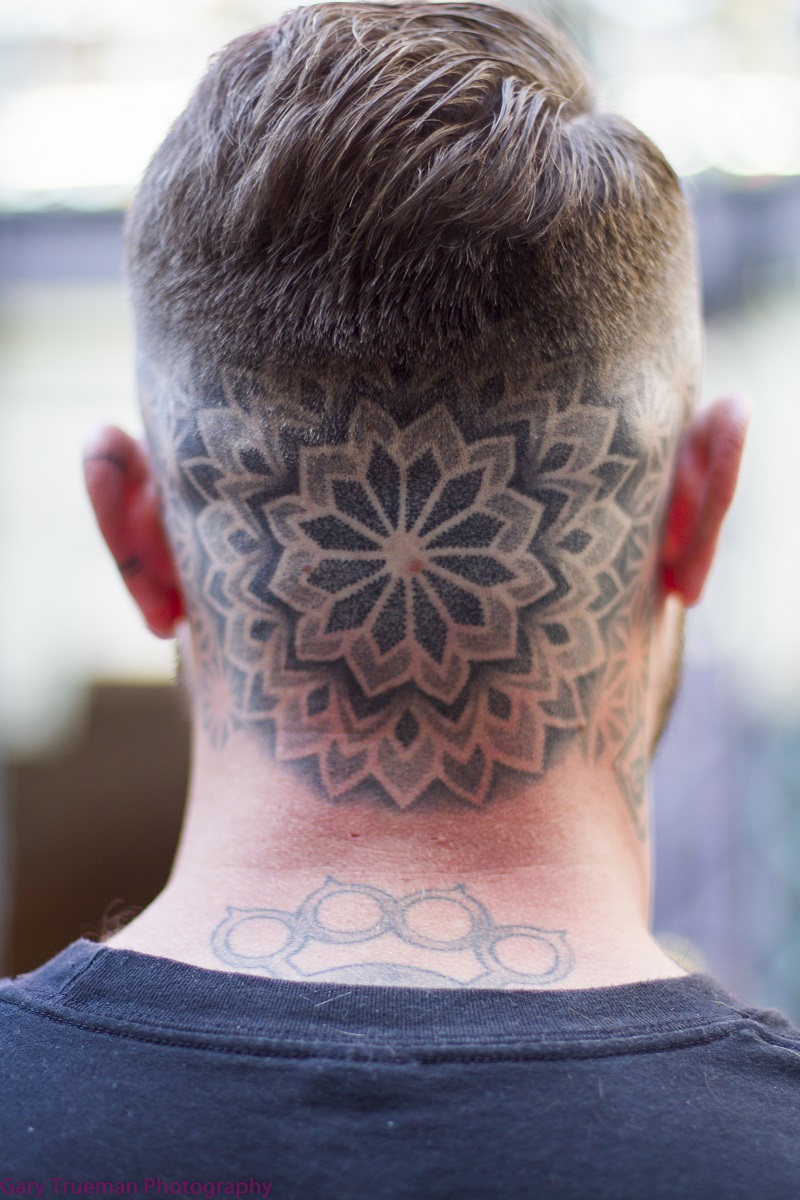 Around the various tattoo areas the hum of machines is broken occasionally by chatter and laughter, there are a lot of people here in high spirits, people meeting up with old friends, discussing new additions and what their next ‘piece’ will be.  The entertainment is happily doing its meet and greets too.  Down in the bowels of the venue the Fuel Girls and Pyrohex are posing for selfies, signing merch and generally adding to the sense of community. 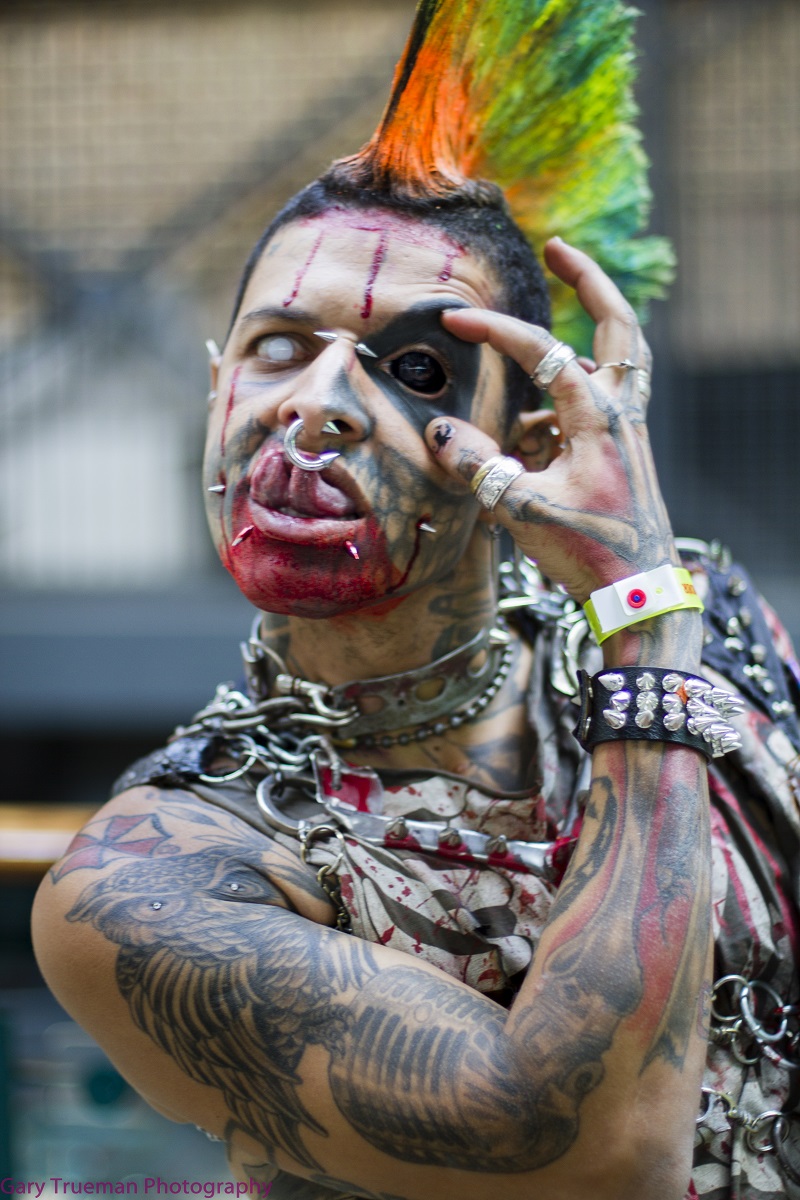 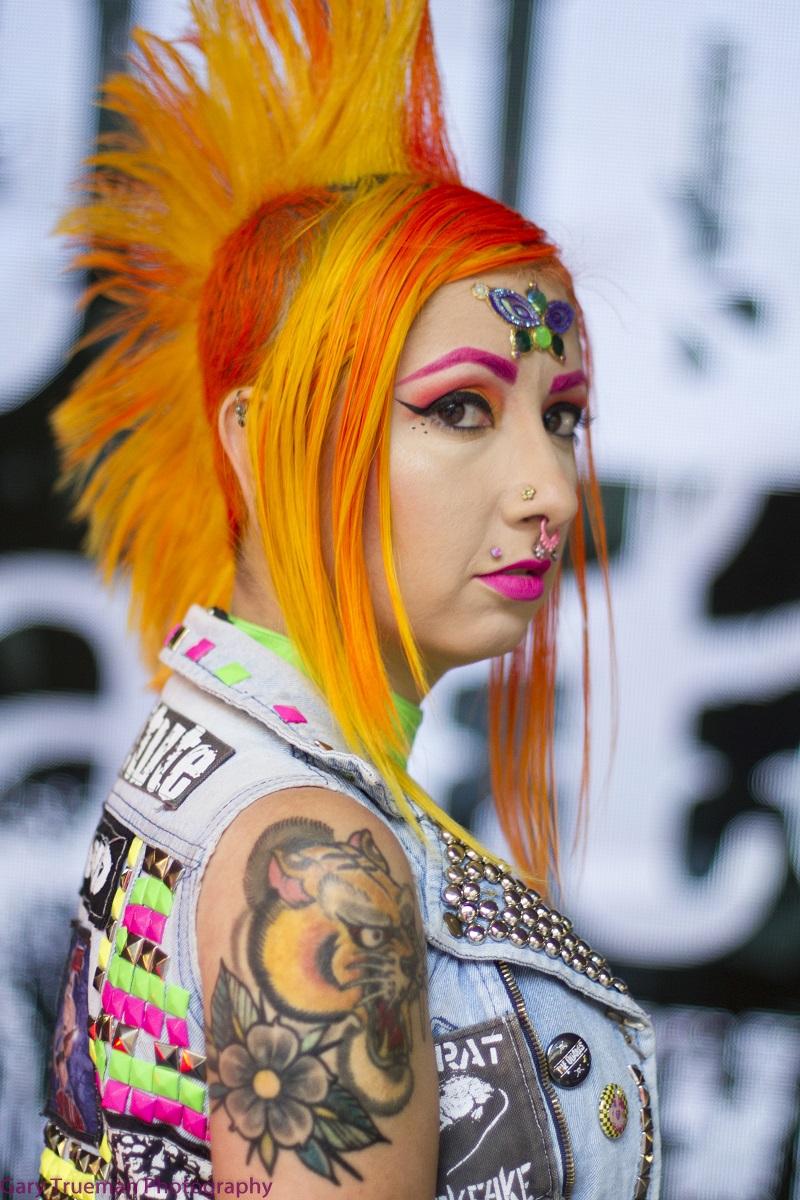 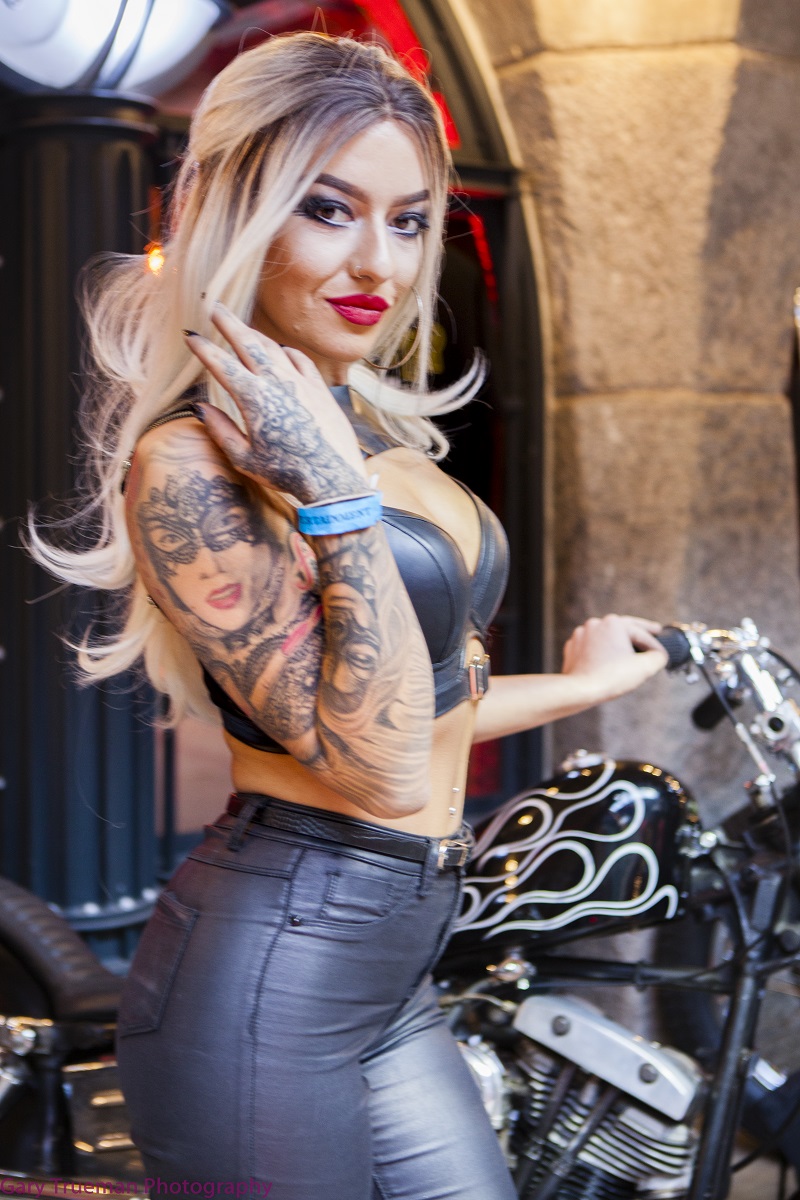 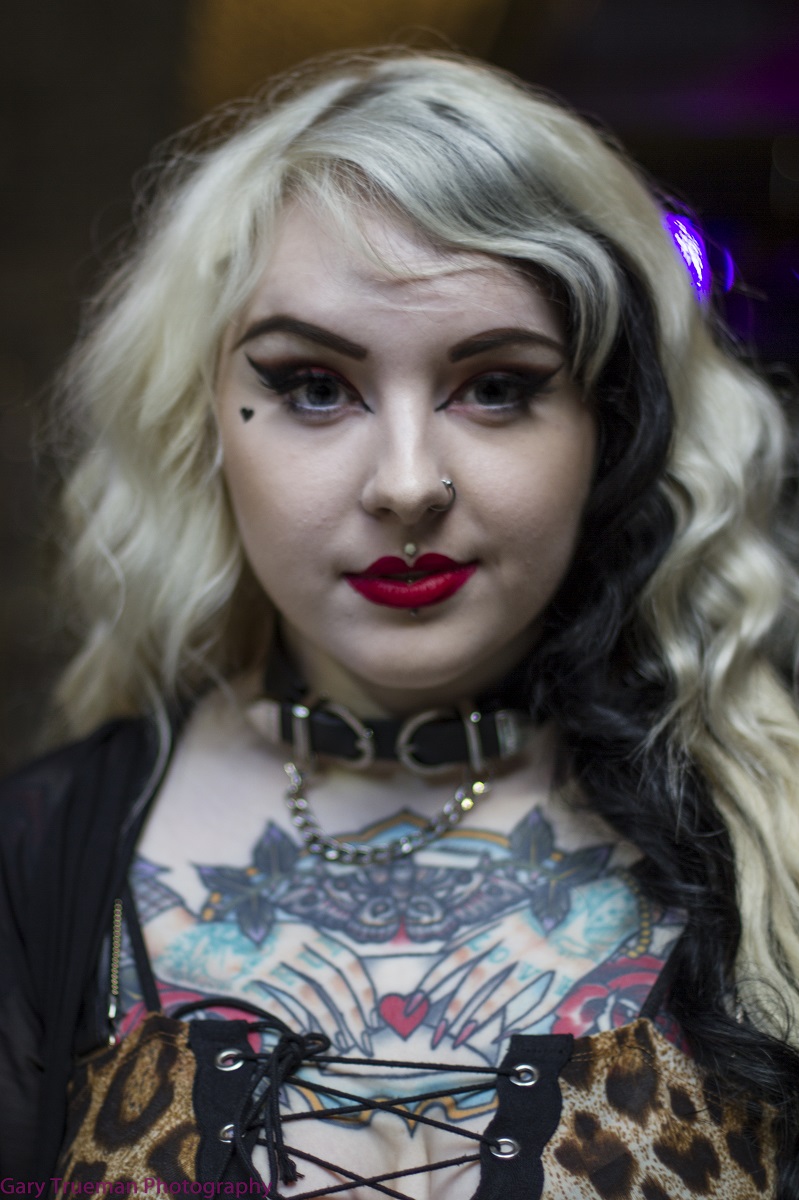 On stage their performances are a focal point along with the bands that play later on into the evening.  Elsewhere there are static displays including some stunning motorbikes.  Someone has come dressed rather convincingly as a zombie, another looks devilish.  It’s clear that while tattoos are the running theme here it’s the way an open door is provided to the event for anyone that  is most striking.  Long gone are the days when tattoos were mostly frowned upon.  And it’s thanks to pioneers like Miki Vialetto that we’ve seen so much change in such a short period of time.

Let’s hope the next fourteen years are just as successful. 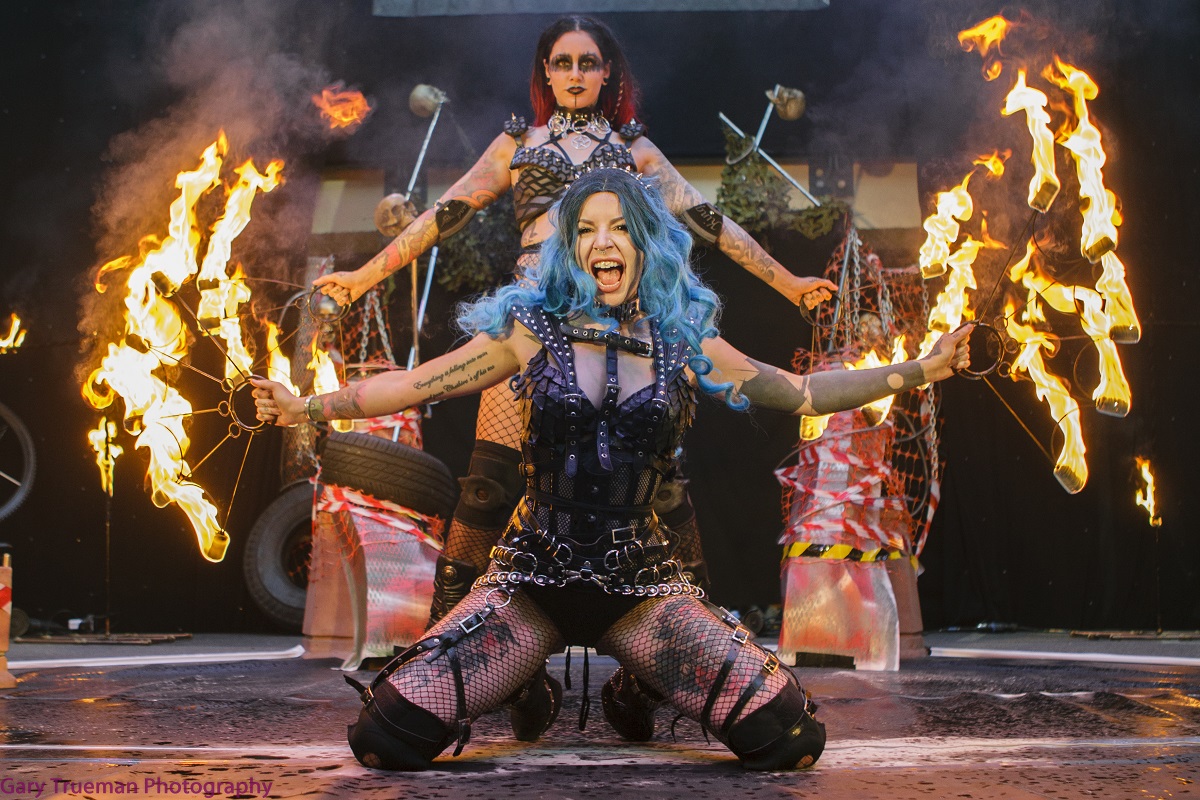 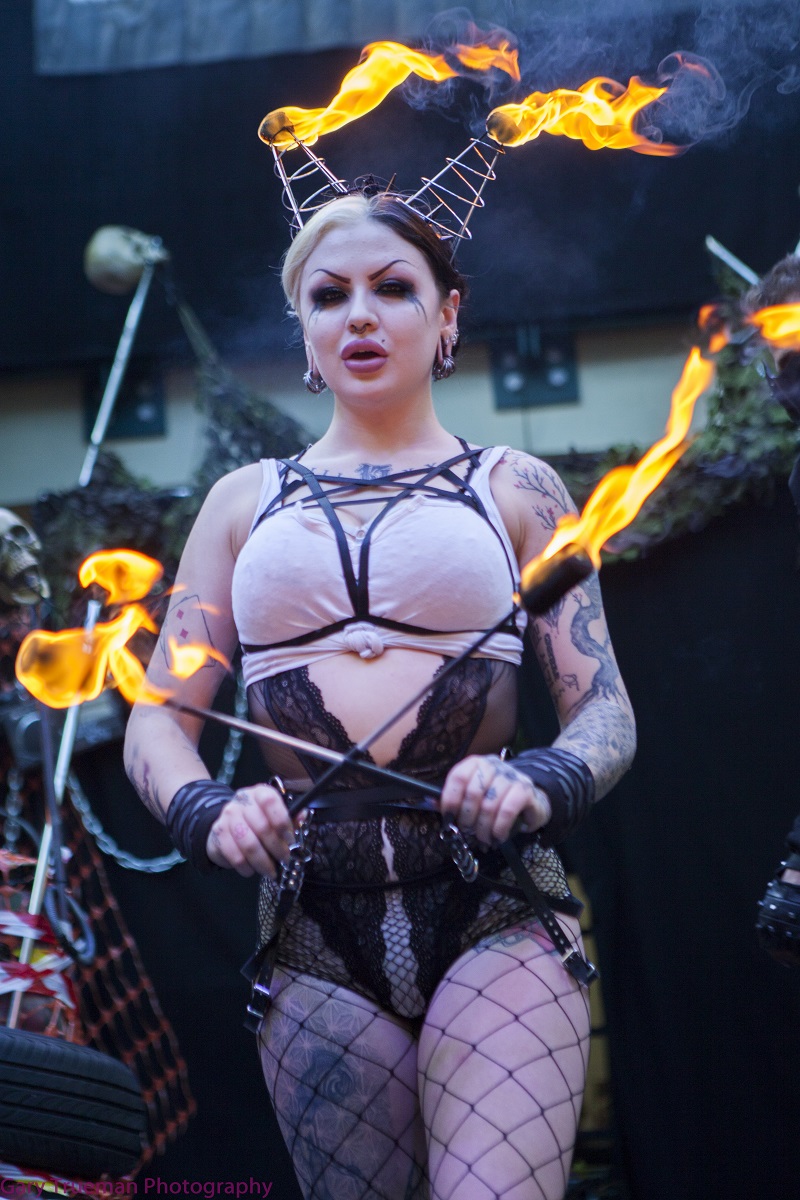 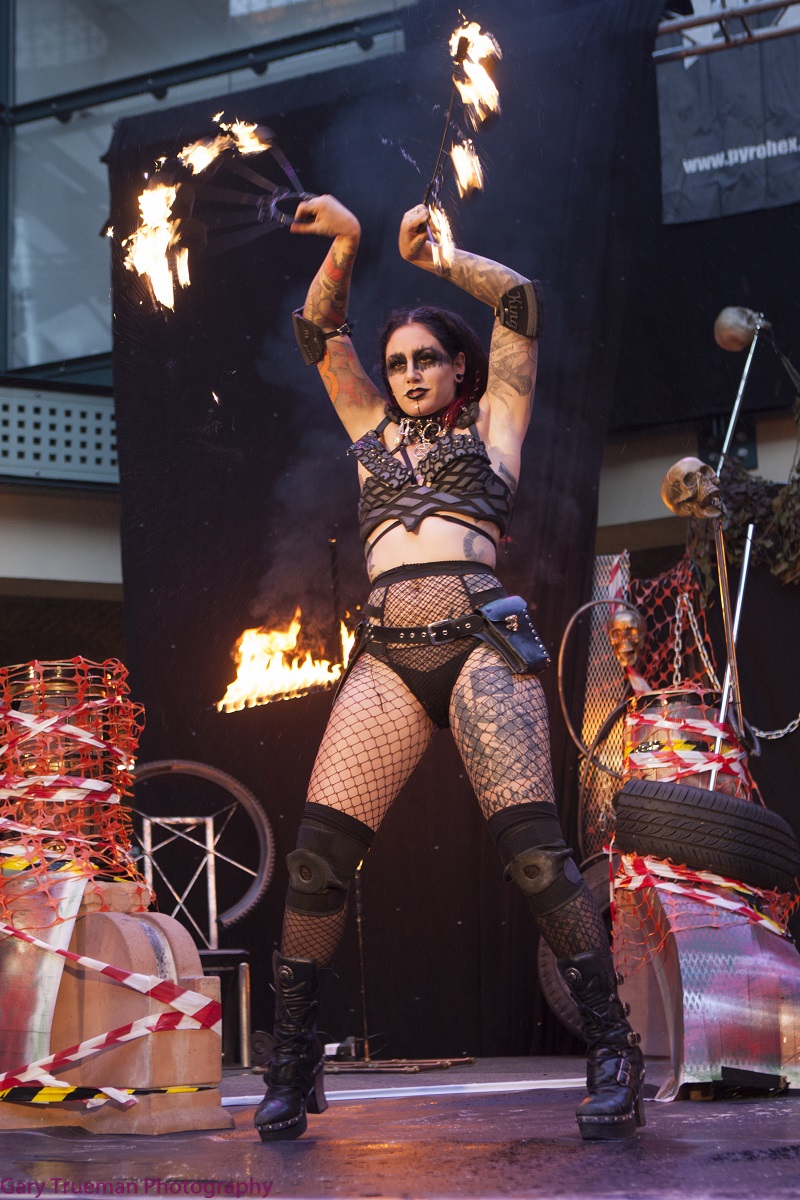 The International London Tattoo Convention will return in 2019 running from September 27th through to the 29th. 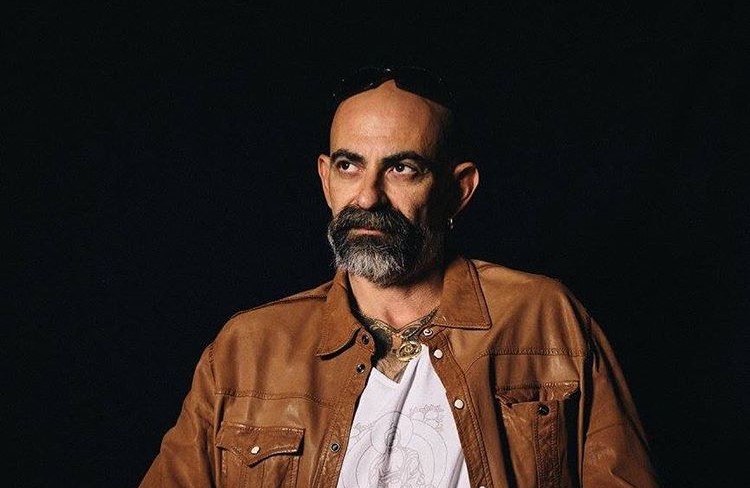 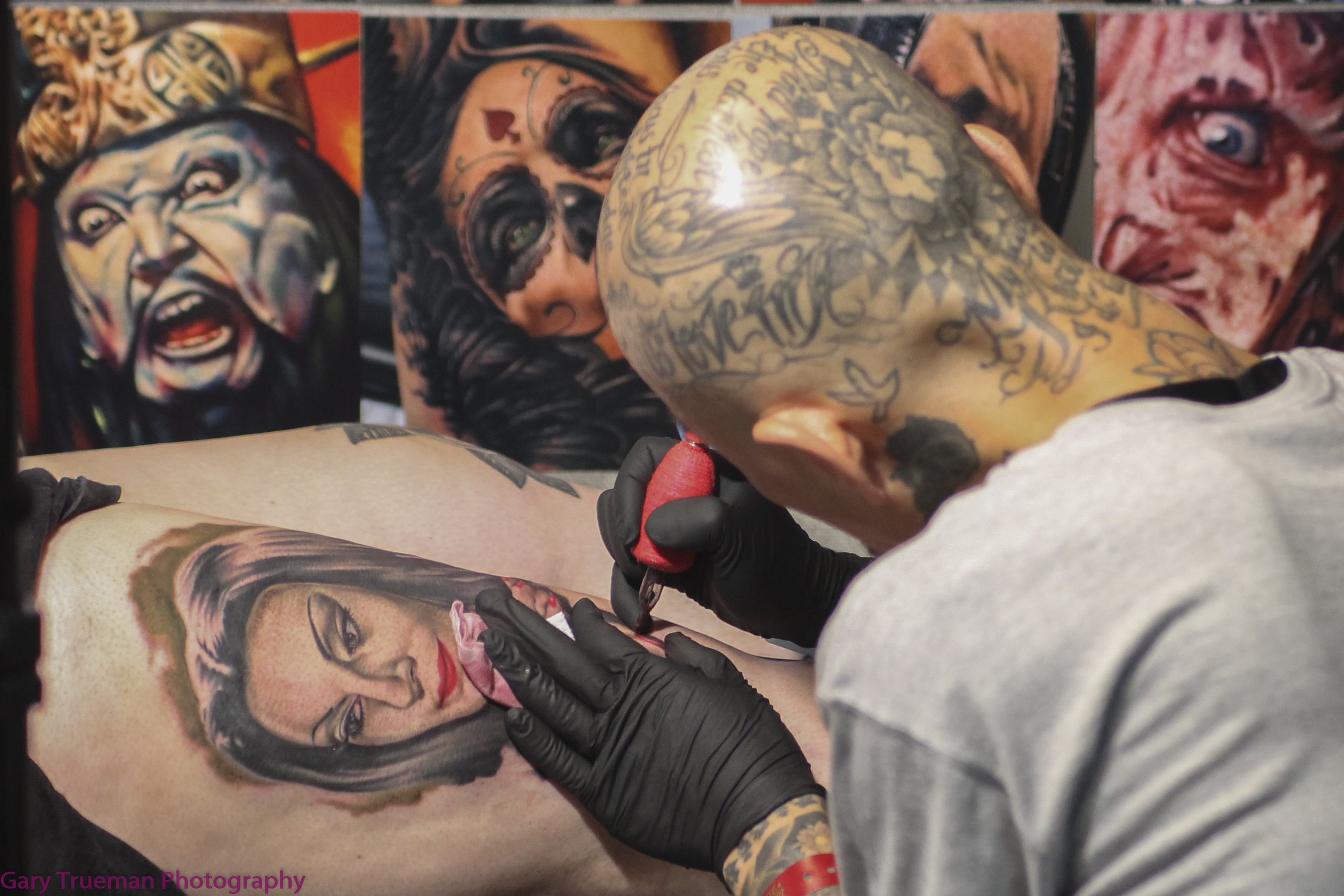 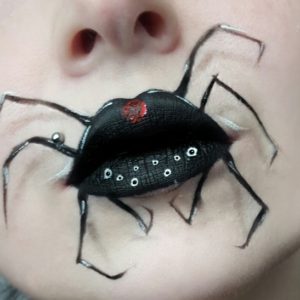 31 Days of Halloween - Day 2, Spider Mouth This spider illusion is surprisingly easy to do! Here I used Ve cosmetics...
Copyright 2017 Devolution Magazine. All Right Reserved.
Back to top