September is here and while the nights are drawing in thoughts also turn to the International London Tattoo Convention held each year at Tobacco Dock in the heart of the city.  This will be the 14th London convention and it’s grown and developed so much over the years.  Make no mistake this is the big one featuring the very best artists from all over the world along with some wonderful entertainment.

Miki Vialetto has loved tattoos all his life.  He has been a supporter of the industry from an early age leading to the creation of Tattoo Life and the London Tattoo Convention.  Here he speaks passionately about moulding the convention into something for everyone, the ethics of tattooing and where he’d like his tattoo art collection to end up. 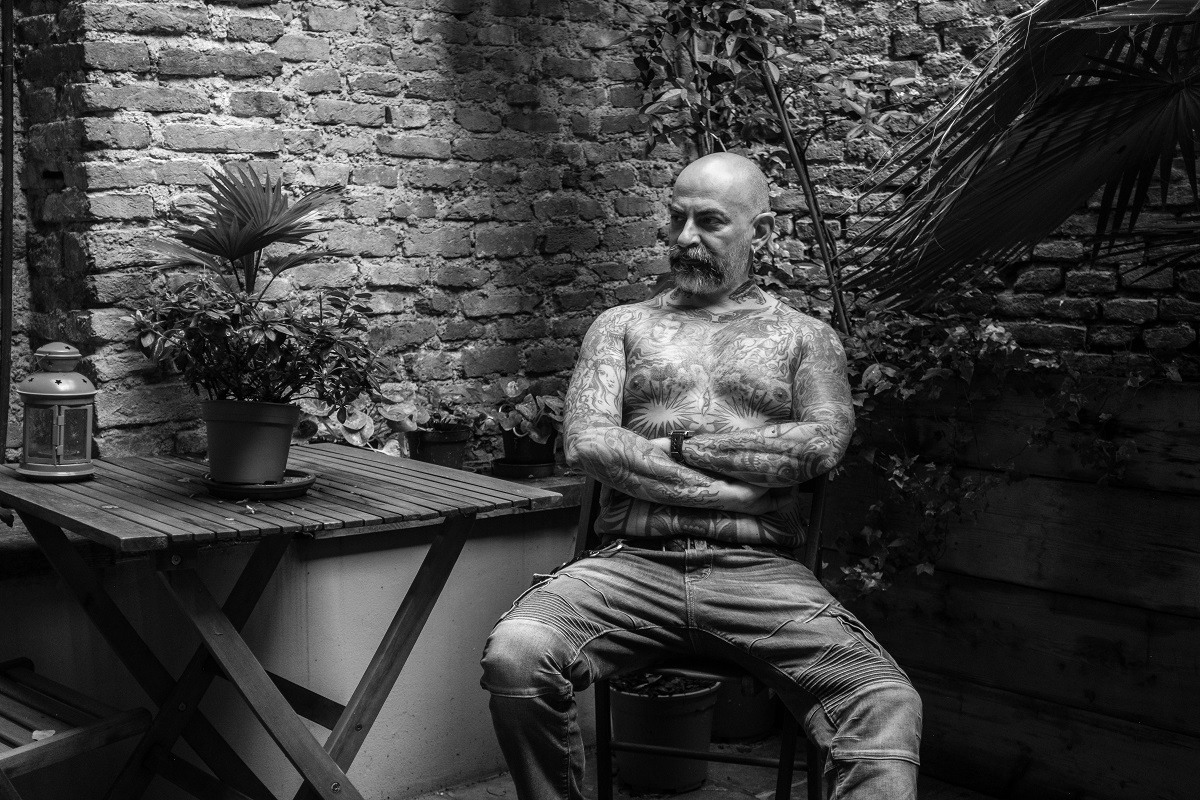 How did you start out on this great adventure, and how did you end up starting a convention for the art form in London?

I was 22 years old and there was nothing in Europe tattoo related.  I was in love with tattoos. I can’t draw so I invented a way for me to be close to tattooing.  We started publishing in 1993 in Italian and within five years we were also publishing in German, French and English.  With London Tattoo Convention it was a case of thinking where the best place would be, the best city.  I wanted people to have the opportunity to see the best in the world, to see tattooing by hand, to see all different types.

Do you find it exciting to see tattoos becoming more generally accepted in society and are there any downsides to this?

That was my purpose, for tattoos to be recognised as an art form.  Now it’s totally accepted.  They’ve had a tattoo exhibition at the Royal Academy.  People are discovering tattoos as art.  A bad thing is that through the evolution there’s now a lack of ethic.  For instance to get your hand or face tattooed in the past you needed to have around 80% of your body already done.  Now kids are getting them done without thinking and tattoo artists are doing it.  I’m not happy with that.  Now it’s fashionable people aren’t thinking about what they are doing, they just want it to be cool.  Some artists as young as 22 learn from Youtube.  There’s no apprenticeship and there’s no teaching of ethic.  If you have tattoos on your arms or legs you can still choose to cover them up.

Do you think the equipment used to tattoo with has improved in quality recently and that this is allowing a greater freedom of expression for artists?

Fifteen years ago artists were making there own needles.  Now you can buy them and you know they’re all perfect.  Even the cheap ones from China are good.  The machines are much better and you don’t need so much technical skill to use one.  Before it was easy to damage the skin.  Some of the old work is amazing, work by skilled tattooists.

London Tattoo Convention is the big one and now there are many around the world, but it’s still ‘the’ convention.  Is it great to see so many others springing up from what you started?

I take a lot of satisfaction from it.  There are thousands all over the world now.  In other places, in Moscow, in Brazil, Argentina and Indonesia there are new conventions.   Some big artists won’t go to conventions other than London, they would rather stay in their studio.  It’s by invite only, if I like the work of an artist then they will be considered.  There’s a big change this year because where I normally change 50 artists from the 400 places available, this year I did a lot of deep research and have changed 150.  I have around 1300 on my waiting list.  I’m very proud of the event, the artists there are the elite from all around the world. 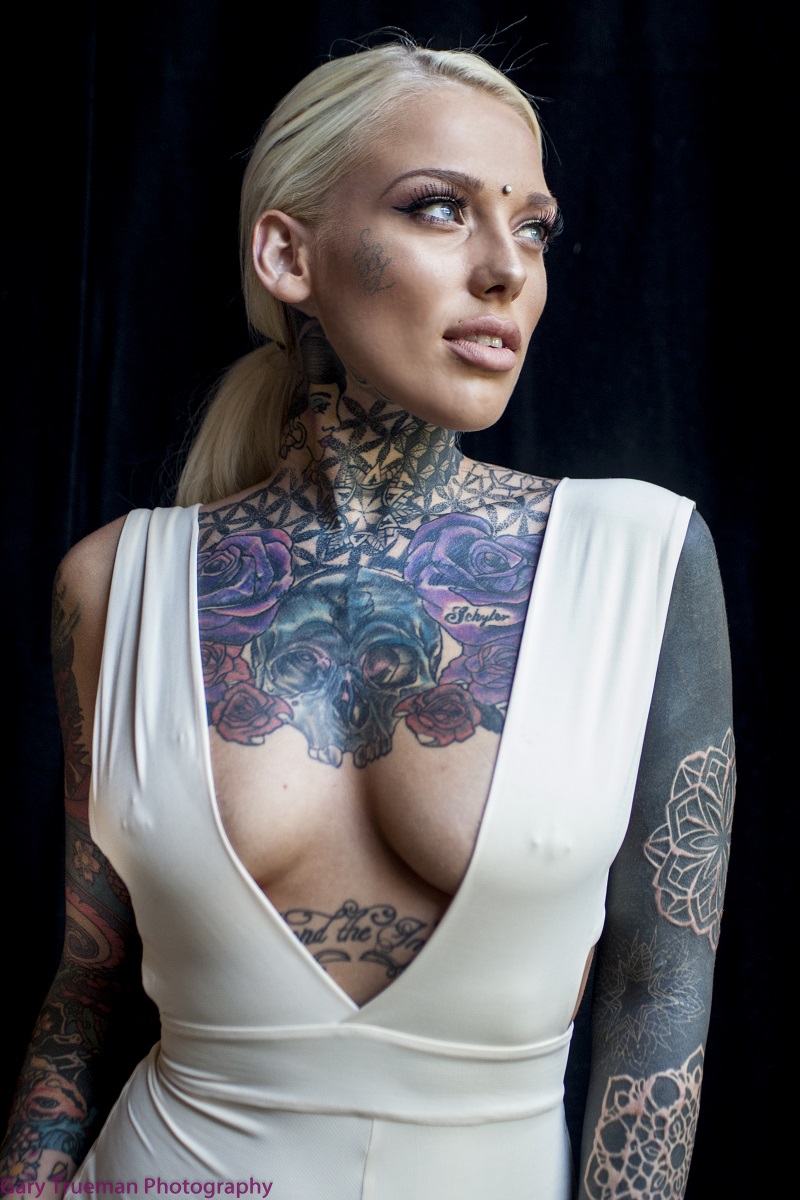 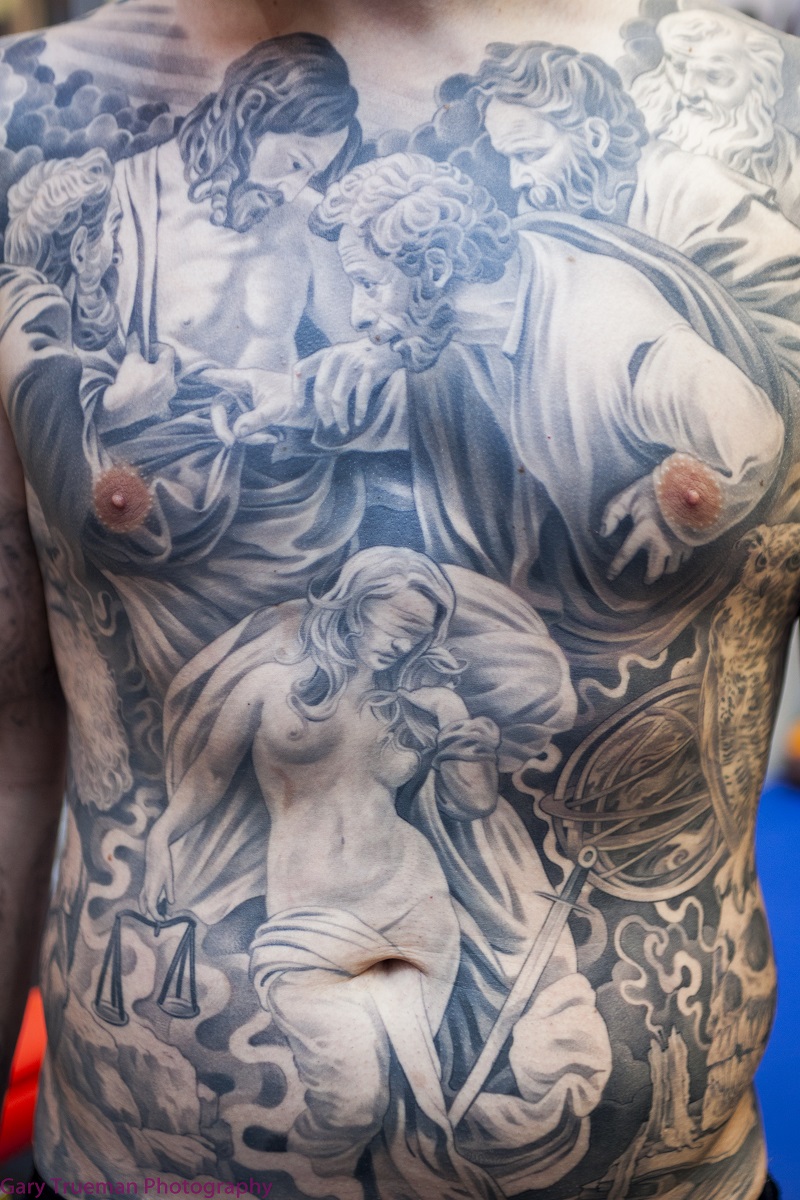 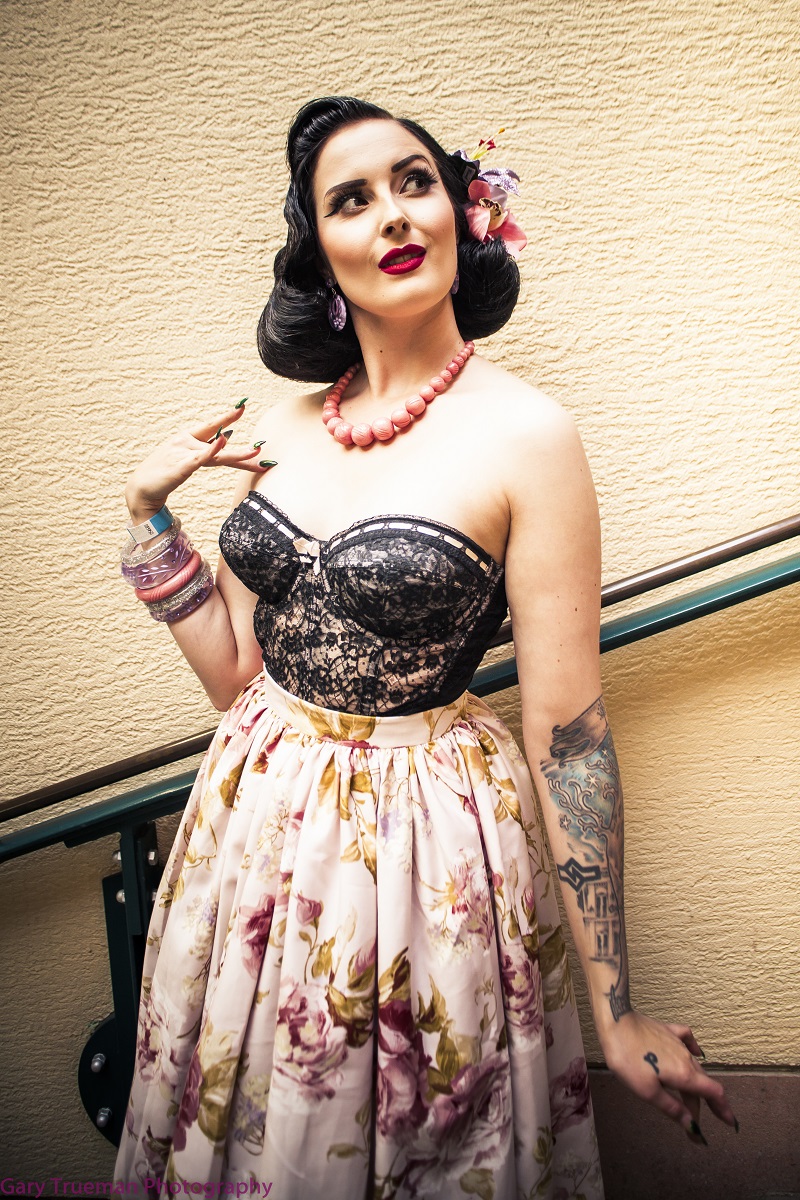 You also have music and other entertainment at London Tattoo Convention.  What gave you the idea to bring in the bands and other stuff?

If you go to a show with someone and you walk around and are into the artists then that’s fine.  But if you are with someone else, like I was once with an ex-girlfriend, and I saw that she became bored easily after a while, then I thought it would be good to have what I call lifestyle entertainment.  We give a show to the public that is a full life experience.  That way people can find a way to be entertained. I want the convention to be entertaining and interesting to people who have no tattoos, those who are curious, as well as people who have many. 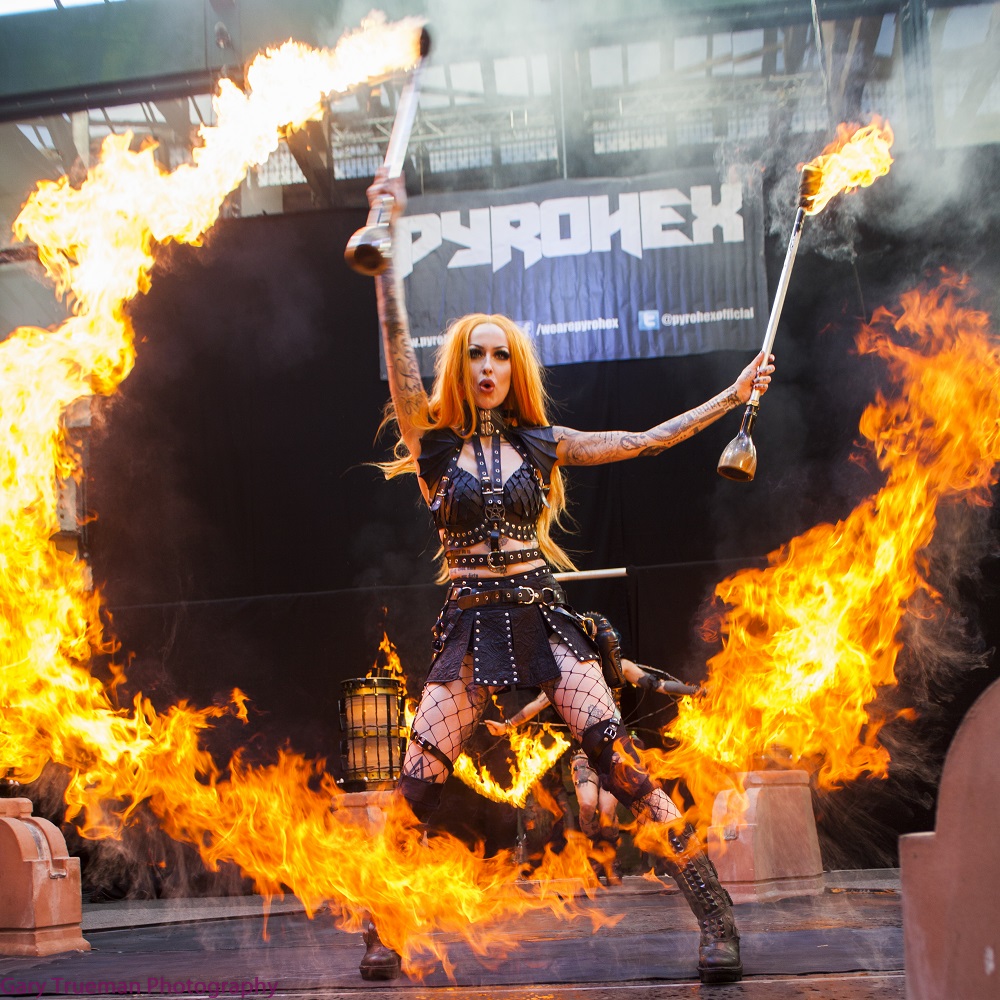 When and if you ever retire what would you most like to leave behind as a legacy?

There isn’t a tattoo museum anywhere yet.  Hopefully there will be one.  I have a huge collection of tattoo art.  I have around 500 framed pieces and another 1000 in folders.  One day I would love to donate this collection to a museum so people could see it.  They could see tattoo art as it was in the early 90s through to today and beyond.

But tickets for the International London Tattoo Convention: Click on this link. 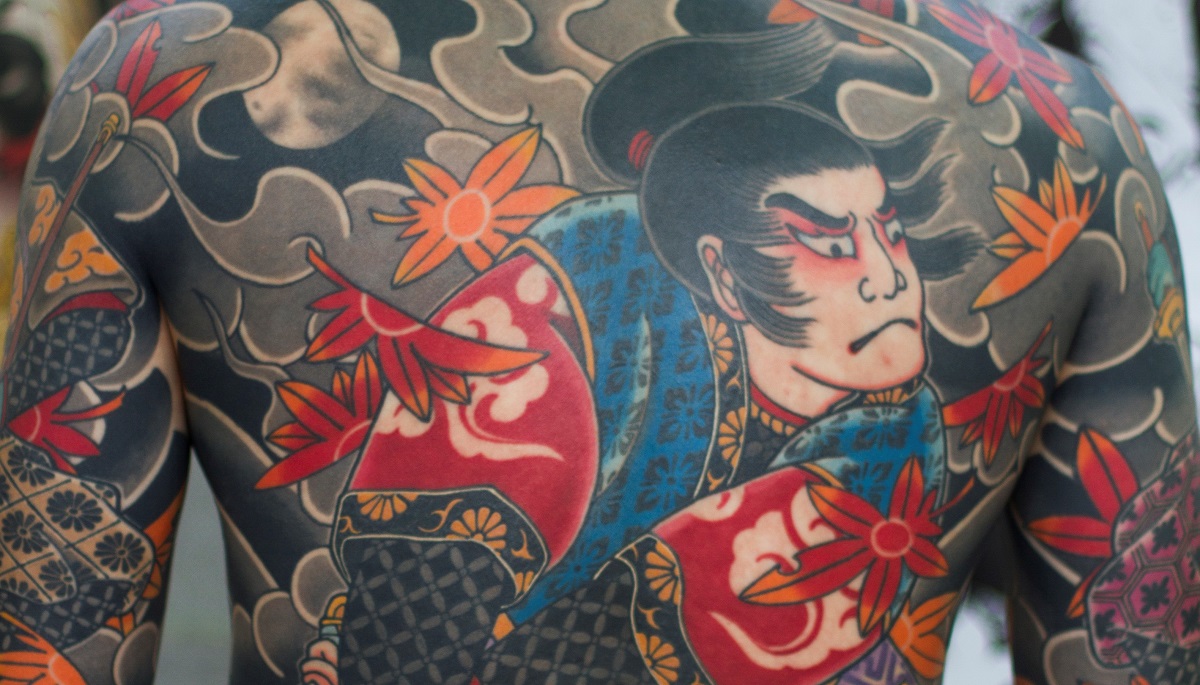 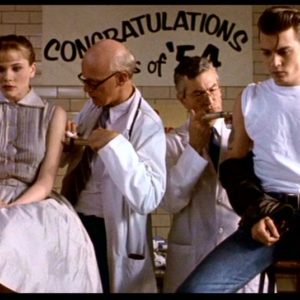 10 Modern Musical Movies you may have missed! Not all musicals are filled with jazz hands and theatre students, some are edgy,...
Copyright 2017 Devolution Magazine. All Right Reserved.
Back to top