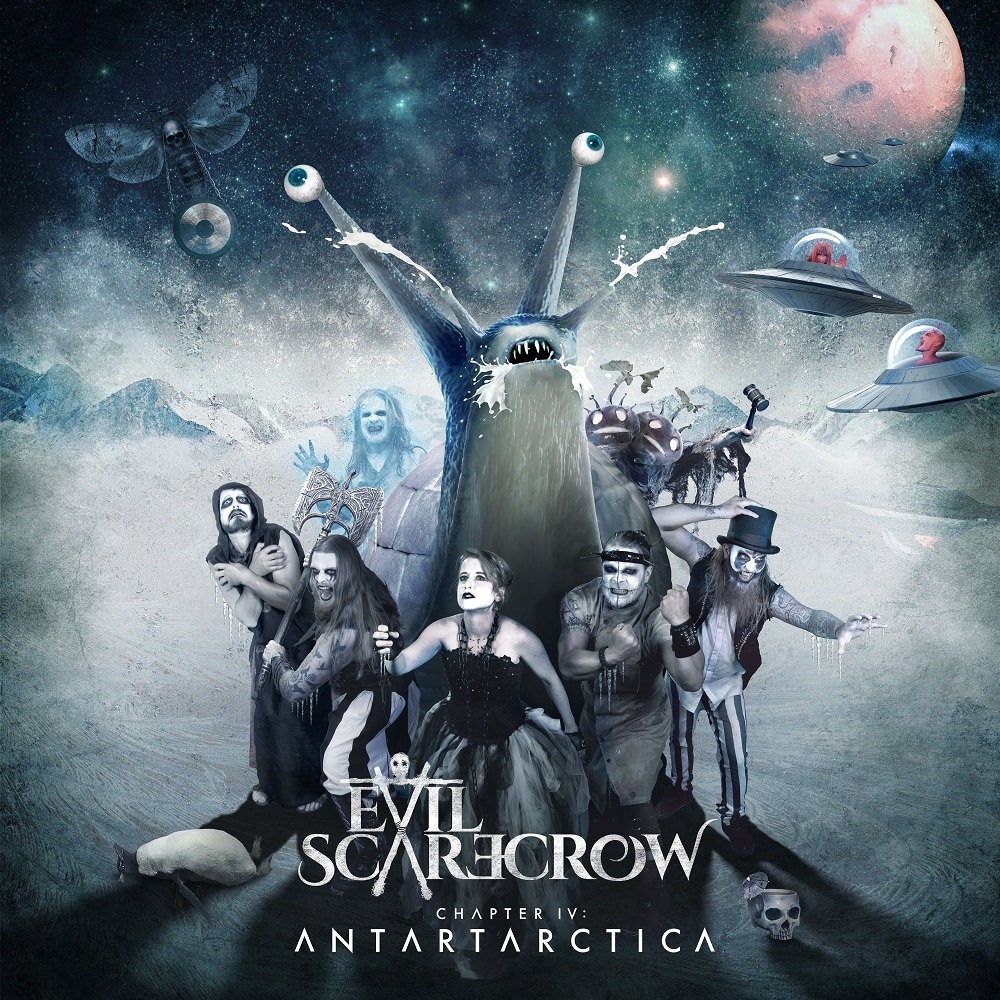 Evil Scarecrow’s fourth album sees them take another giant leap forward with the release of this sumptuous monster of a record, blending metal and melodies with riffs, roars and razor wit, it is everything you would expect from these multi talented and exceptionally creative musicians. Chapter IV: Antartarctica sees this unique band keeping their own surreal space-time continuum moving ever onwards & upwards, running as smoothly as only Evil Scarecrow can.

“You can pre-order “Chapter IV: Antartarctica” from Amazon today:  https://www.amazon.co.uk/Chapter-IV-Antartarctica-Evil-Scarecrow/dp/B07GJ4FS97/ref=sr_1_1?ie=UTF8&qid=1535554206&sr=8-1&keywords=antartarctica

But there’s more! The guys have been working on a special Digipack and Vinyl releases for those who like something a bit more special and you can pre-order these from their new Pledge campaign now:

A few words of insight on the new album from Dr Hell:
“Chapter IV: Antartarctica is (as the title expertly suggests) our fourth full-length studio album. We really wanted to push our musical boundaries and create a record that connects with the world we live in today. I think everyone can relate to the endeavours of a sandal-clad monk bravely exploring a sub-antarctic wasteland, on an unknown quest, enduring the extreme elements and battling his inner demons… and an ice slug who shoots frozen milk…If not that, haven’t we all had to live with a malevolent ‘Polterghost’ at some point? Laddering our tights and chucking spaghetti about the place… Bastards.

Equally relatable is our track ‘Gus, Zag and the Turnip King’. The amount of stories you hear up the pub about staunch satanists accidentally summoning a two-headed turnip monster, instead of our lord Beelzebub, which then goes onto destroy the earth. Then, in a final desperate act of time travel, two people are genetically melded together through a space vortex, horribly mutated to become the aforementioned taproot. It’s a classic grandfather paradox tale that speaks to us all.

Despite the deep socio-political messages, we also wanted to reflect and record important parts of our recent history. Everyone remembers the devastating Mars invasion of 2017, right? In our defence on this one, we did write the song in 2016, so it could have happened. Or maybe it did and you’ve all forgotten, too busy with your heads buried in social media, no doubt!

The fact that you have read this nonsense this far is frankly a miracle. Maybe you need to get out more. Y’know, do some outdoor activities or something. We’re all going to die, probably much sooner than we would like. The least you can do is get some fresh air and watch the sunset with a loved one, silently reflecting on the darkness that follows the final, gasping rays of the dying sun as a metaphor for the bleak ending of your own insignificant existence…

Oh, there’s also a song about a cosmic goth moth!

Well actually it’s sort of about his gong. It’s called ‘Cosmos Goth Moth Gong’.”
Their supernaturally spectacular video for new single ‘Polterghost is out now, the second track taken from their upcoming album ‘Chapter IV: Antartarctica’ due out on the 28th September. The first single to be aired was the blustery  ‘Hurricanado’.

You can check out the video here: https://www.youtube.com/watch?v=4pma3Cp7QS0
Polterghost kicks off the run up to the album release in truly unique Evil Scarecrow
style and with ‘Chapter IV: Antartarctica‘, expect more riffs, roars and rampaging mad men (and women) than ever before.

Chapter IV: Antartarctica was produced by Russ Russell at Parlour Studios and will be distributed by Cargo Records. 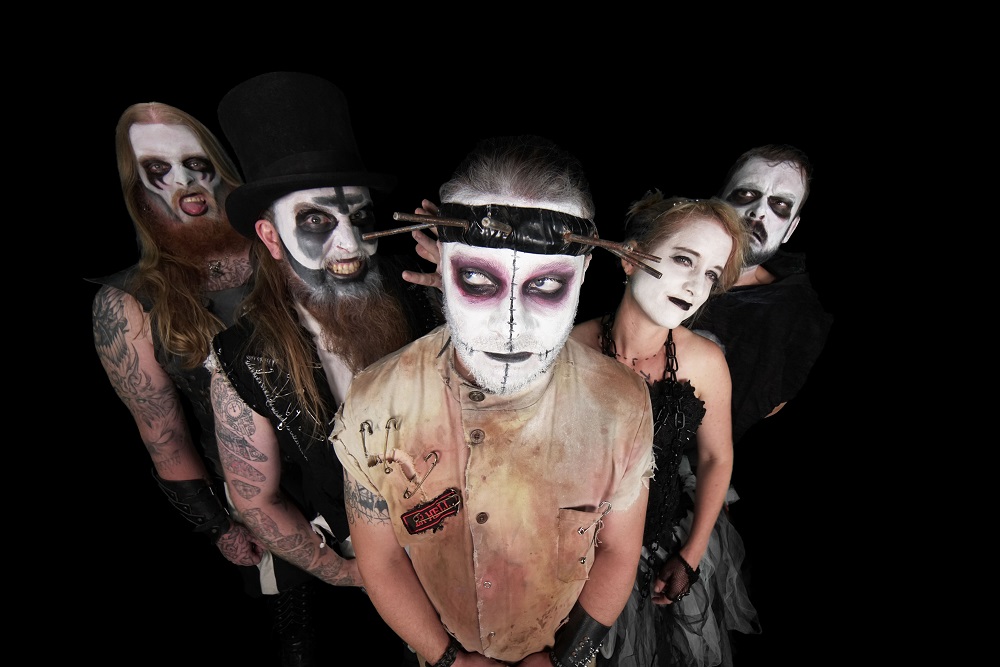 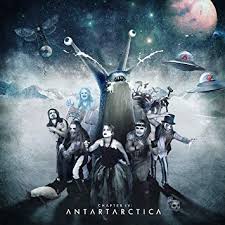 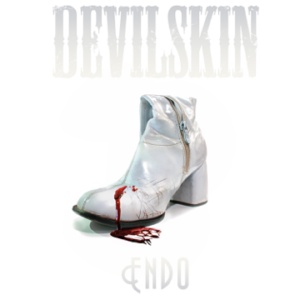