Interview: Sumo Cyco – Skye Sweetnam “I like to take risks. The fans love it.”

Taking the brave step to follow her heart and move from a flourishing pop career into the world of rock looks to be paying off for Skye Sweetnam.  Her band Sumo Cyco have gained a reputation for high energy shows where genres are swept away and fun is the order of the day.  The former Britney Spears tour partner talks to Gary Trueman about album number two, working with Benji Webbe and making sure people know you’re Canadian at an airport after the Trump election victory. 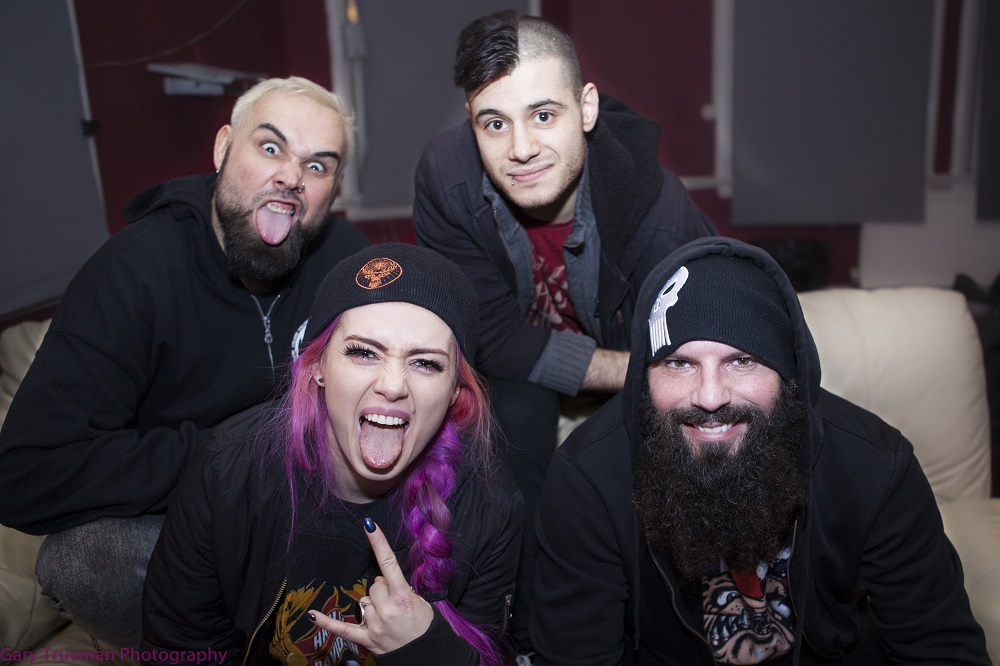 Your second album Opus Mar has been out for around a year now.  How has it been received by the Sumo Cyco fans and by critics?

“Pretty well.  We’ve gotten a lot of great feedback and we have had a few negative reviews too. We posted one of them because I was laughing at how inaccurate the ‘facts’ were, about me and the band. We know that our music isn’t for everybody and that if we tried to make something that was appealing to every person then it would turn out really bland. I like to take risks. The fans love it. It takes off where the first album finished, it still has some crazy themes around it. The first one was introducing our fans to the world of Cyco City. The second one is all about a train that goes through Cyco City and each of our music videos takes place on a different train car.  On a train called the Opus Mar which is the title of the record. We just try to do what we do with dance, rock, punk, metal, reggae and mixing it all together and having fun with it.”

So is the train and the carriages a metaphor for life and the stages of life?

“I guess so, I mean when I wrote the first record I was doing a lot of inward exploration but with the second one it was almost like I was living in this box that was travelling through and dealing with all the things in the outside world. That’s what the metaphor is, that you will get your window and that there is an entire other world happening.  You don’t see that everyone else is going through their own issues and problems. We spent a lot of time doing this fold out artwork of eight panels so it was the entire train laid out. It touches on a lot of things, world issues.  I wrote the song Anti Anthem when the refugee crisis was happening. It has a lot of political undertones like what was happening with Brexit and the American election. A lot of external issues affected the record because there was a lot going on and I didn’t know how they were going to affect the world.”

What was the reaction in Canada to Trump winning?

“We flew home from the UK the day Trump got elected and I remember us dreading going to the airport hoping that no one thinks we were American. We were trying to wear our Canadian flags all over ourselves. In Canada I feel we’re getting further away from the American identity. Fifteen years ago people would have said Canada and the US are very similar culturally but I think we’re now moving away from the craziness in the states. With all the gun law stuff happening there it all just seems so crazy there.  We do have some crazy politicians though that’s for sure.”

With all the wilderness in Canada it has a big history of hunting but you don’t seem to have the mass shootings and as much gun related crime.  Why do you think that is?

“I don’t know if it’s because the culture is different? I mean I have family members that do a yearly trip and go out in to the woods and do their hunting and fishing and that’s there thing. But there just isn’t easy access to like AK47s, that’s the big difference. Hunting rifles sure but you need to have a licence and you need to have a background check. It makes sense.”

On the new record you have a track called Move Mountains which features Benji Webbe from Skindred. How did you get to know him well enough for him to guest on that song?

“Benji is my idol. I started Sumo Cyco after I heard Babylon by Skindred so I’ve been following their career really closely. I think it was our second time here in the UK that we invited their producer to see our show and he really liked it and we ended up doing a song with him as we had scheduled to do a recording session. During that whole tour Benji’s name just kept coming up and we ended up talking to his manager and we said maybe he would like to feature on the song we were recording.  He was sure I’ll do it and while we were on tour he sent over the rough vocal ideas.  By the end of the tour we knew what his part was going to be. We didn’t end up in the studio together but we did go to Wales and did the music video together.”

Before Sumo Cyco you did pop and toured with Britney Spears.  Have any of your fans from back then now become fans of Sumo Cyco?

“Yes, it’s surprising.  There have been a lot of fans that have followed over and it’s been a lot of years so they’re dedicated. I think much of that can be attributed to the fact I never really left the online universe. I never really vanished. I always kept in touch with the people that cared about my music and cared about me. We created a relationship and to this day I’ll do a show and people will come up to me and say they’ve been a fan since the beginning. I never toured the UK as a solo artist so when we came over as a band some of the fans had been waiting ten years just to hang out and meet me. It’s kinda cool they had waited all this time and they were digging the band too, that’s pretty rad. I think it goes to show that people go through evolutions of style and what they think was cool at 14 isn’t necessarily what they think is cool at 24. Everyone evolves and changes.” 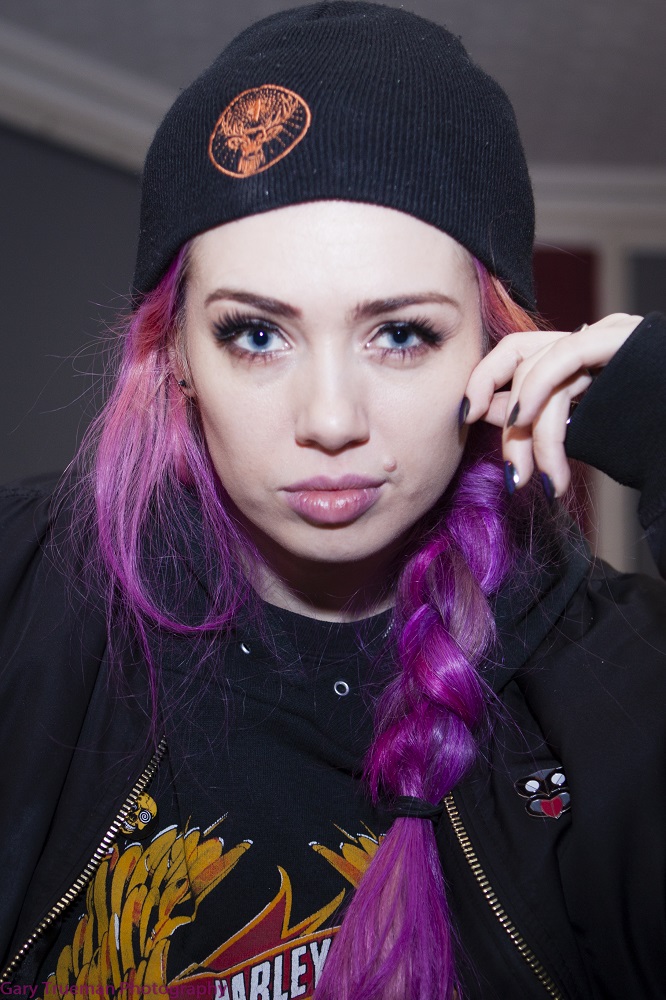 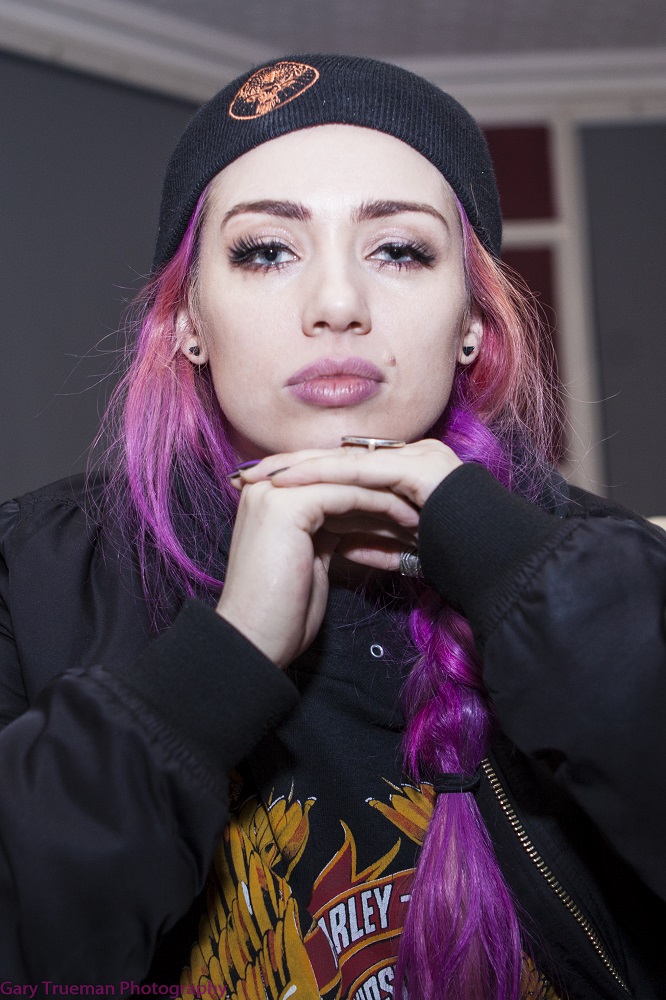 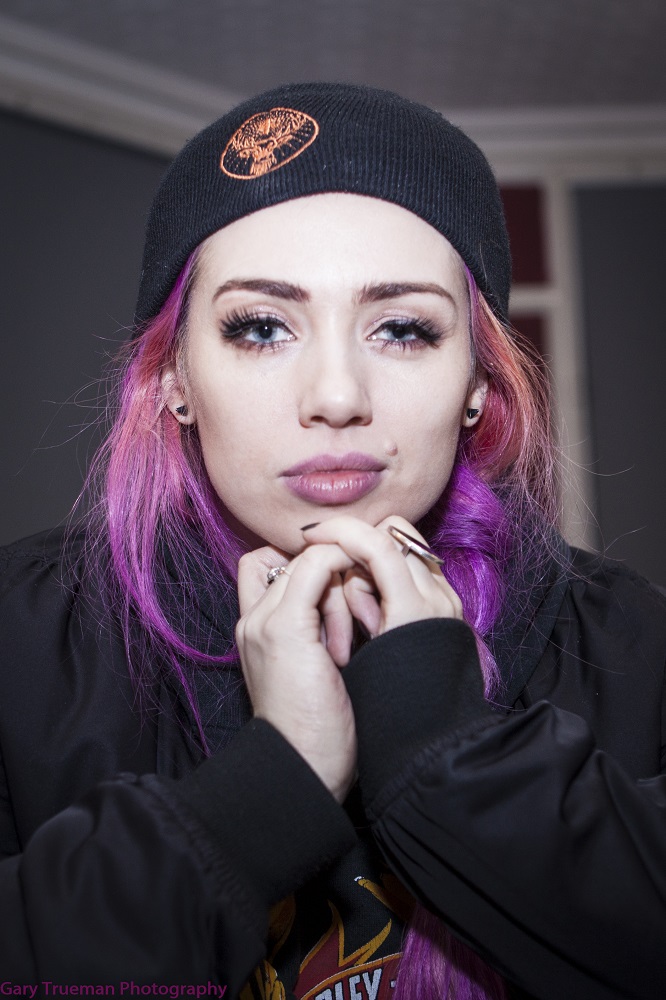 You’ve had a similar image all the way through your career but you do change things up with outfits and hair colour and so on.  Do you find there’s any kind of pressure to maintain that Skye style?

“It definitely comes from me, I don’t feel any outside pressure to always maintain an image.  I feel I want to represent myself in a way that artistically suits my style. I love doing my hair different colours, I’ll get into a mode where it’s like trying to paint a painting, it’s therapeutic.  I’ll come up with some colours, it’s like wearable art. I really enjoy theatrics, that’s one of my main things.  I grew up with musical theatre. So it was always about putting on a show. If we had a bigger budget I’d have crazy props and smoke machines. One day I would like to create that vision in my head.”

Do you think with women in music and specifically metal and rock some people can mistake what the female artists are doing is because they want to rather than them being pushed into doing it?

“I think it’s an overall movement that more people are getting a handle on. About the challenges that women have had and how they are being misinterpreted sometimes just by default without even a reason why, people will think a certain way of a woman in rock or metal without even asking them. I think slowly but surely bands like Sumo Cyco and Butcher Babies and others have definitely started breaking stereotypes.”

Do you also think that the labelling of bands into genres can be a bad thing and also that if a promoter or booker see two bands that happen to have female vocalists they’ll lump them in together regardless of what they sound like.  Can that be both a bad thing because of the assumption that the female gender will always sound  similar enough to fit but good that fans will possibly get to hear something different?

“True. I think that it really shouldn’t matter what your gender is.  I have lots of friends who are gender fluid. I think people are feeling more comfortable to be completely themselves. I do want to be an example to girls who think they couldn’t get in to rock because it’s just guys.  I want to help shatter that stereotype and bein that world an visible in that world so that girls will see that they can do it. I’ve heard it so many times when people say oh you sound like Paramore.  No I don’t sound like Paramore just because they have a female vocalist it doesn’t mean that we’re comparable. It would be a different thing if it was something that made sense.”

If you could rewind back ten years is there anything you would change in the world if you had the power, maybe to change a law?

“Oh gosh! If I had the power.  Well I’m glad that most countries are coming around to gay marriage and are accepting of people of all types.  There are still countries that don’t get that, Russia is one of the main ones that you hear stories about in the news.  I do believe the world is slowly figuring things out for the better.  There is good in people.  When it comes to laws and the political system and how much companies can lobby for what they want to become law because they have a lot of money, even when it’s not in the interest of the masses. That’s something that needs looking at.” 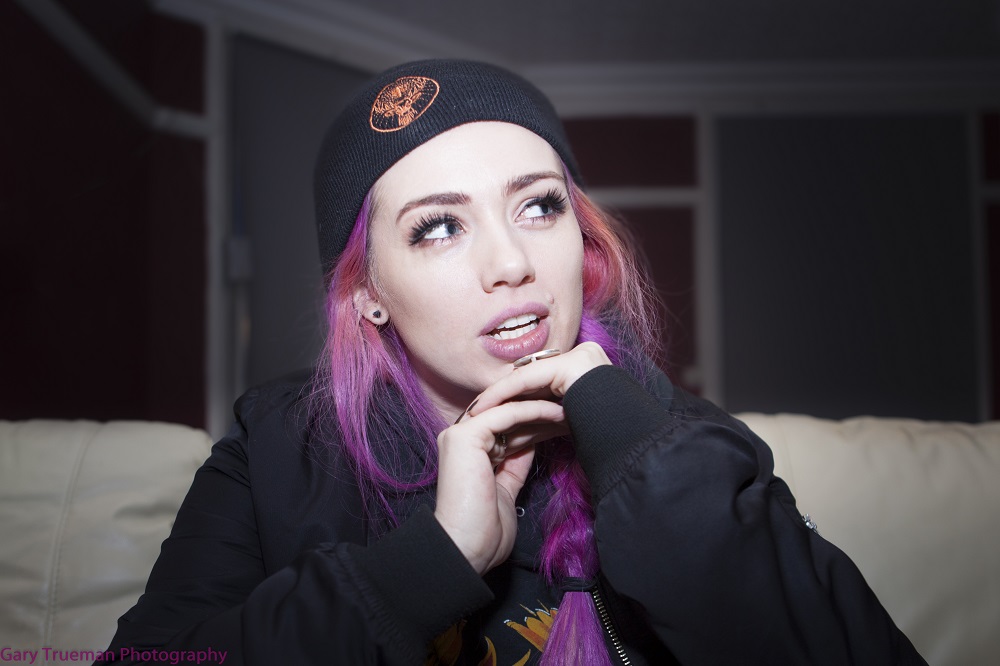 How to do a Simple Smokey Eye Look 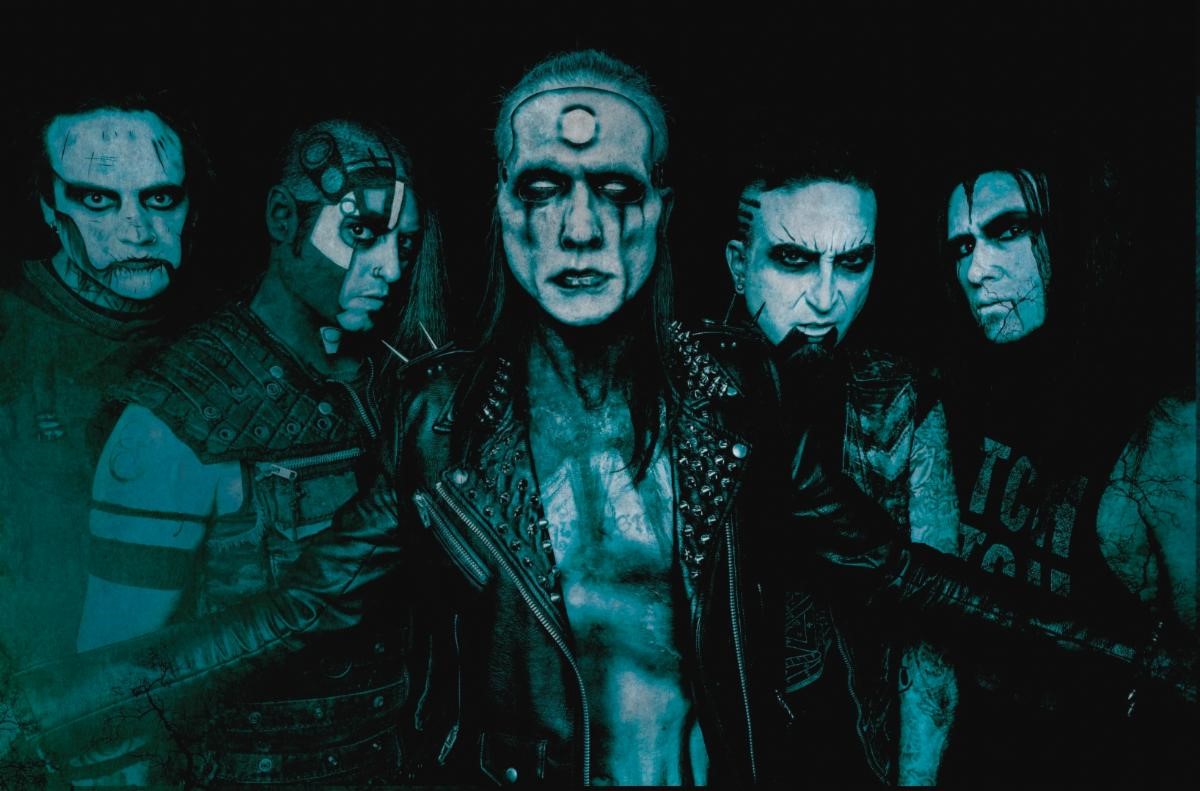 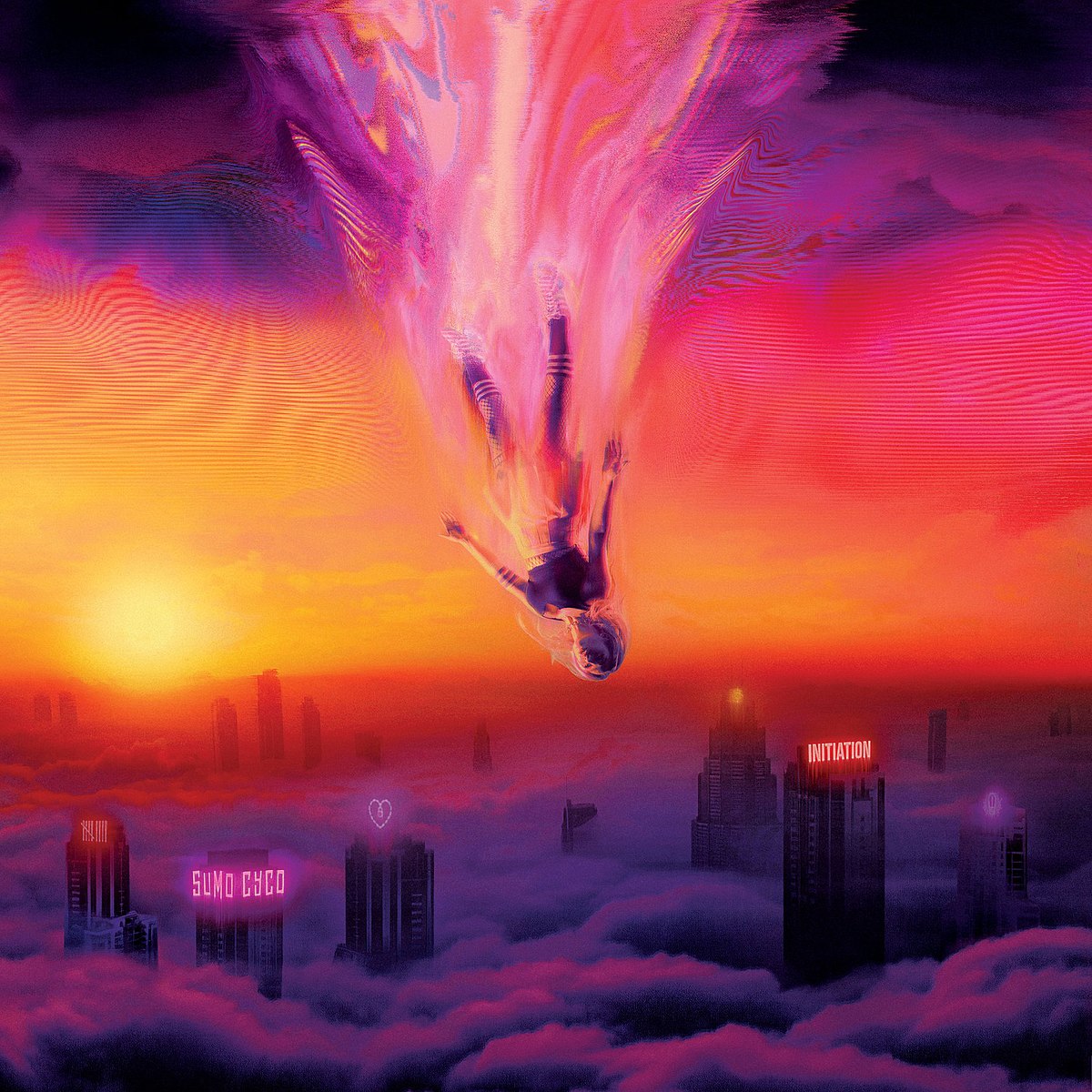 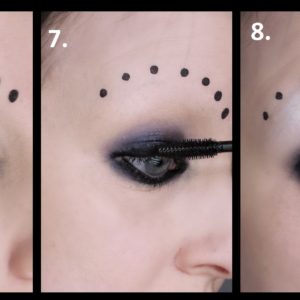 How to do a Simple Smokey Eye Look

How to do a Simple Smokey Eye Look  Something a little grunge for day to day wear, you will need: Eye primer Black...
Copyright 2017 Devolution Magazine. All Right Reserved.
Back to top