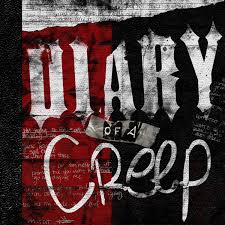 Diary Of A Creep – Another Century

Sporting five covers influential to their sound along with their very own punchy Disgust Me it’s easy to see why New Years Day are hard to pigeon hole.  From New Order’s sublime Bizarre Love Triangle to Pantera’s brutal Fucking Hostile this is clearly a band with wide taste.  There’s a level of poignancy listening to Crawling a Hybrid Theory era song from Linkin Park, now minus the talents of Chester Bennington.  As a tribute in their own style this is a worthy testimony.

The real killer track though is Only Happy When It Rains with Ash Costello joined on vocals by Lzzy Hale.  The powerful delivery, harmonies and well observed arrangement make this a particularly fine cover.  Two of todays finest female vocalists rocking out to a song originally sung by another bad ass woman, Shirley Manson, shows the sisters are more than able to do it for themselves which is just as it should be.

When you listen to Disgust Me you can hear just a little bit of the other bands covered on this fine EP.  It’s a worthwhile concept to show where you have come from.  A bit like showing your working out to a maths problem at school you can see the thinking behind the New Years Day sound, and where they might be going.  Based on this outing, that place is very much on an upward slope.

Review: Feed The Rhino - The Silence 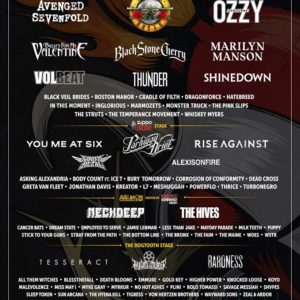 Joining Ozzy and co. at Download 2018 are the mighty Cradle Of Filth who are playing to packed venues on their current...
Copyright 2017 Devolution Magazine. All Right Reserved.
Back to top