Devolution’s Gary Trueman takes a personal look back at 2017

It’s interesting to revisit a year and see who made it just that bit special for you, who really made a name for themselves and even who maybe provided you with a piece of comedy gold.  Also reflecting on the recent past you get to imagine what might be in 2018 and also sadly who won’t be around to see it.  Here are my personal picks that lit up 2017 and where the shadows were cast.  I thought it would be fun to run through things like a mini version of the Grammys but with a few interesting categories thrown into the mix.  So then, here are the Golden Garys 2017….

The Quart into a pint pot award.

Winner: Fellow Devolution staff member Mark Bestford for his amazing ability to live in a tent  the size of a shoe box for the duration of Download festival.  It was astonishing to watch this microscopic abode give birth to a fully formed and very presentable music journalist each morning.  I still think he’s got the plans to the TARDIS stashed away somewhere.

Nominees:  This could be a very long list.  There were so many amazing performances in 2017 that even this shortlist means many who are worthy don’t feature.  The nominees are: Wednesday 13 , Alisha Vickers , Chaos 8, Bone Cult, Hands Off Gretel and Justin Sullivan.

Winner:  Hands Off Gretel for their quite astonishing performance in the Download festival Doghouse.  This was one of those magical moments when it’s not only you who see a band realising their true potential but a whole tent rammed full of fans, most new to HOG.  When the second act of five is forced into doing an encore then you know you’ve seen something special.  Astonishingly they then went on to do a near repeat at Rebellion festival a couple of months later.

The award for causing the biggest traffic jam.

Winner: The Soap Girls.  It was a huge year for the South Africans and when they decided to go walkabout in central London for a photo shoot the reaction of drivers as they crossed the A501 was priceless.  All we know is that the shots were very much worth the risk.  Explain that on an accident form anyway! 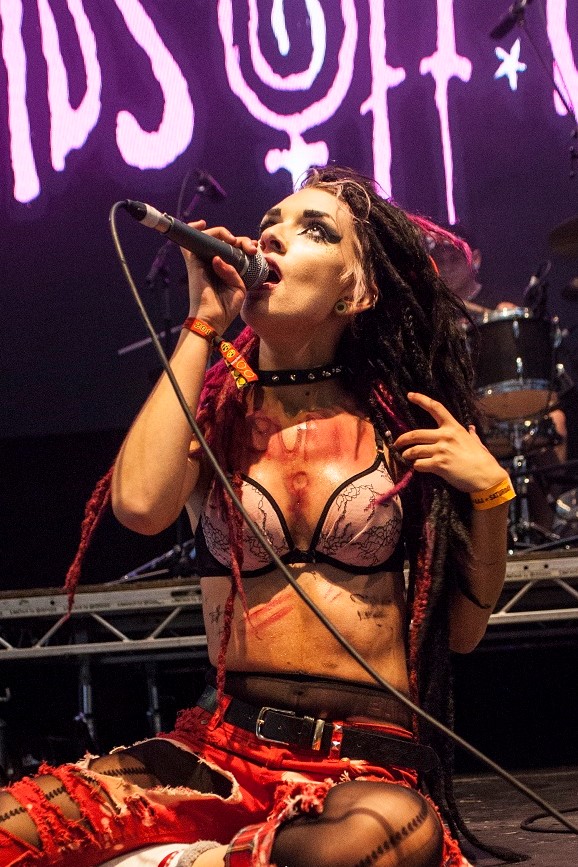 Hands Off Gretel at Rebellion festival 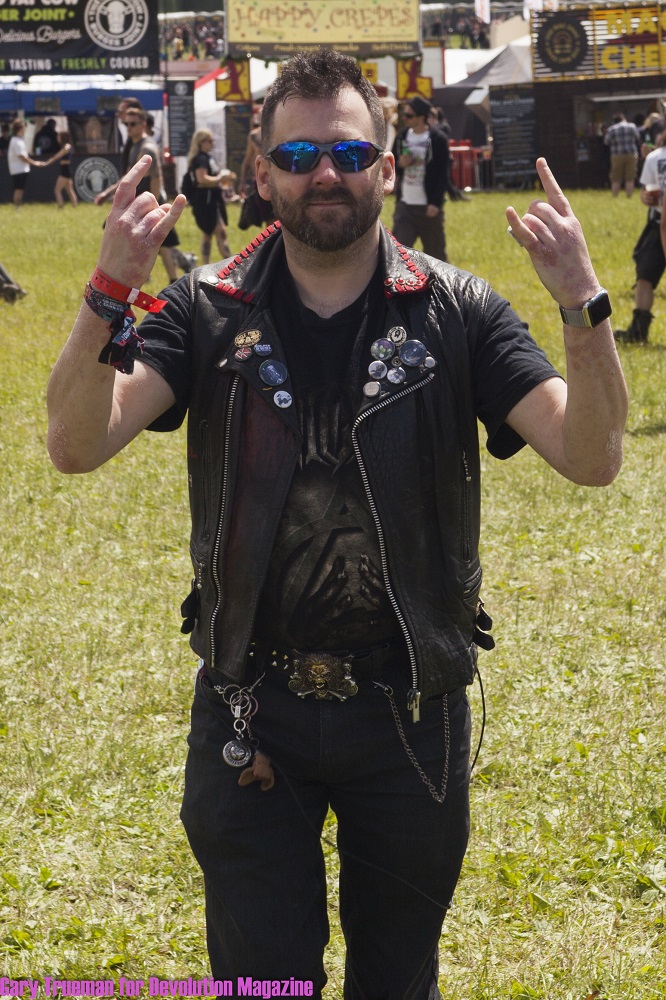 Mark Bestford winner of the quart into a pint pot award. 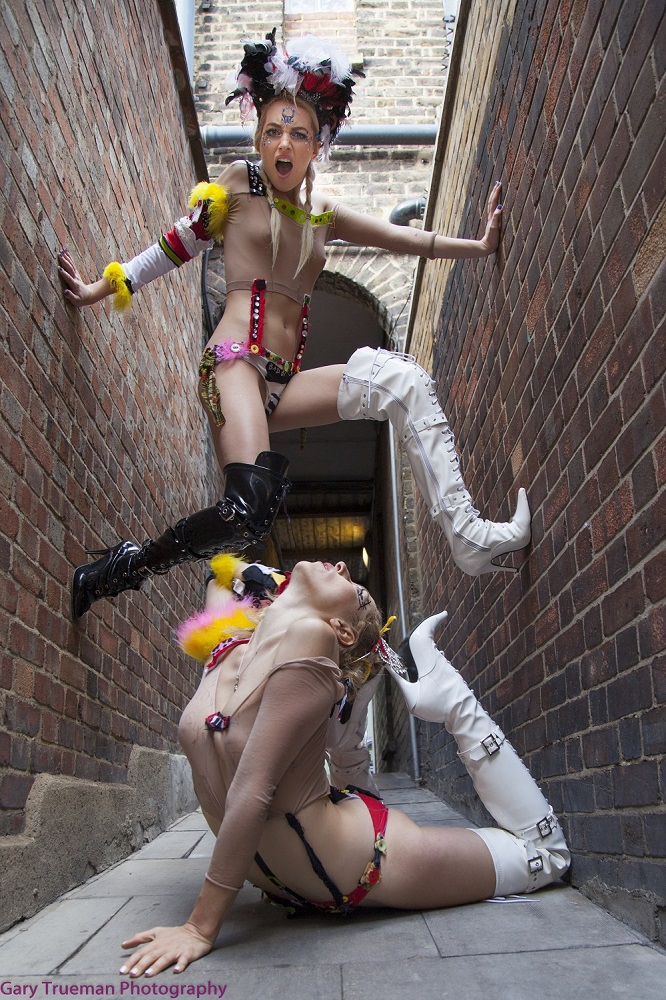 The don’t try this at home award for making dangerous shit an art form and doing it so very well.

Winner: Dani Divine who put on an extraordinary show at Club Antichrist.  Those present will have seen her running through her routine before doors making sure she was happy with every detail.  That’s the mark of a true pro.  I’d like to acknowledge all the other fire and extreme performance artists I saw throughout the year here too.  You make life so much more entertaining.

The I don’t care if it’s the fourth stage I’m going with a full mainstage production award.

Winner:  Wednesday 13 for what was a quite brilliant set at Download festival.  When someone puts that much effort into a show that involved stunning costume changes and three members of Pyrohex warming things up you simply have to watch and savour.  Shock and awe at its best. 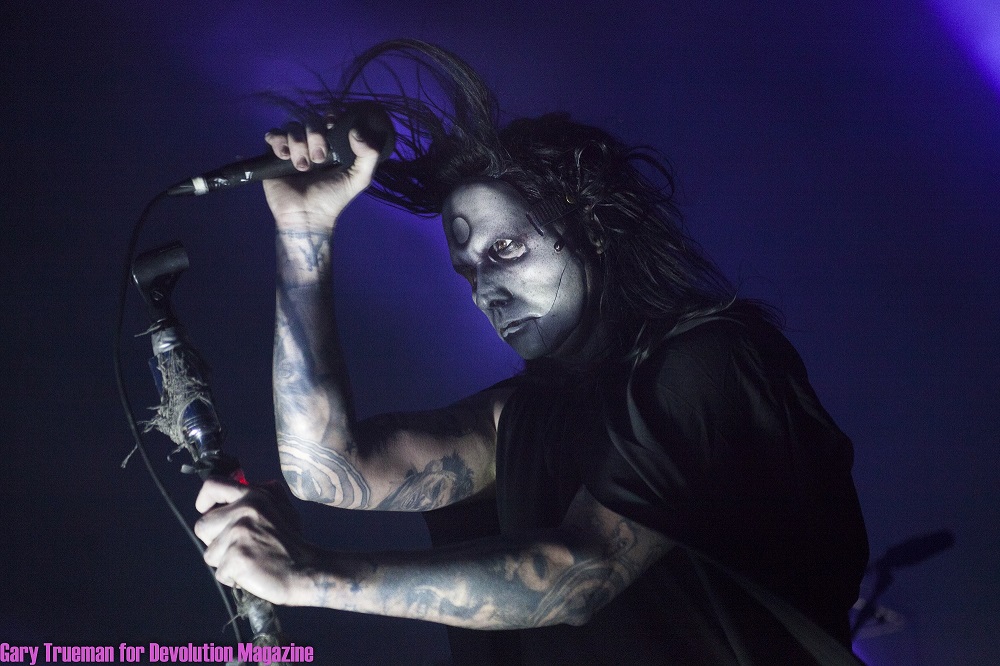 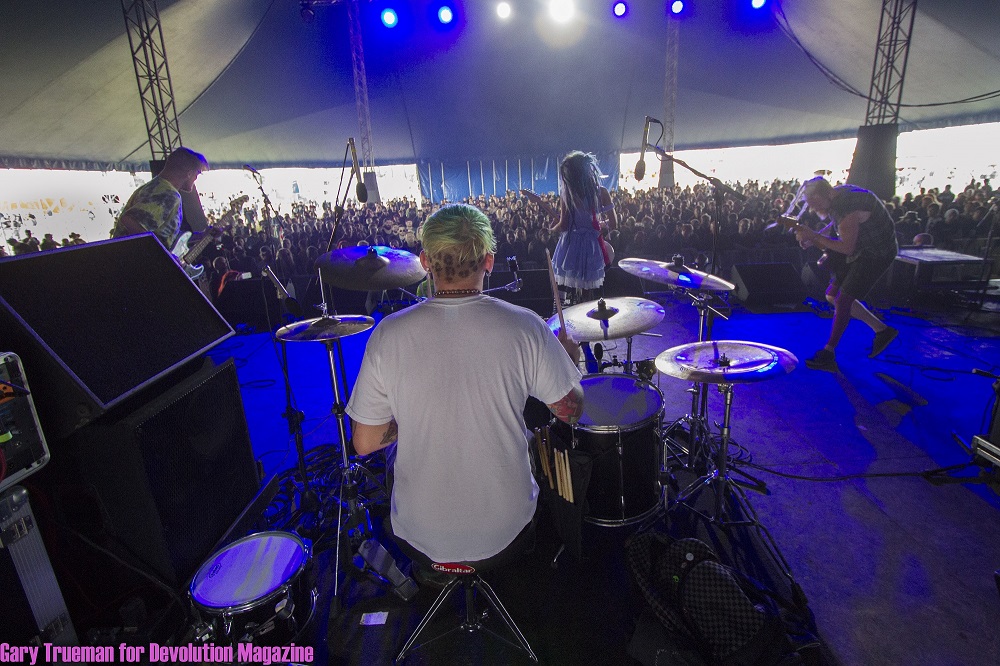 We will remember:  We lost a lot of great people in 2017 and this is the part where I’d like to remember a few of them.  This isn’t an award, no one person is any more important than any other, it’s just a moment I’d like to take to remember and celebrate their lives.

2017 saw the loss of one of rock and roll’s elder statesmen in Chuck Berry along with blues rock legend Greg Allman.  The list of more contemporary artists proved to be a sadly long one and included Tom Petty, Chester Bennington, Malcolm Young and Chris Cornell.  We also lost two members of the UK alt community at tragically young ages.  Bemo Corrosion was a familiar face to many, particularly in and around the London club and gig scene.  He had the biggest smile I think I’ve ever seen.  Jessica Lewis was a feisty, vibrant alt model who had a heart of gold.  She was one of the first models I shot with and she had the patience of a saint with me.

The likely to be the last man/woman standing award for long term excellence in their field.

Winner: Charlie Harper of the UK Subs who at 73 is still gigging almost as hard as he was before he qualified for a bus pass.  If you want to see what a true professional looks like then this is your guy.

The I should have worn my thermals award for bravery in the face of UK summer weather.

Winner: Pretty much all the models and bands that worked outdoors with me over the year but special mentions to Sophie Storm for her hungover festival test shots and subsequent magazine shoot and my friend Amy Dyer for rocking it on a mini shoot on a barge in the middle of the Thames.

Ah, now this could be another very long list but here goes with the short version after much traditional agonising.

Winner:  See above.  Yep they all are in my eyes. 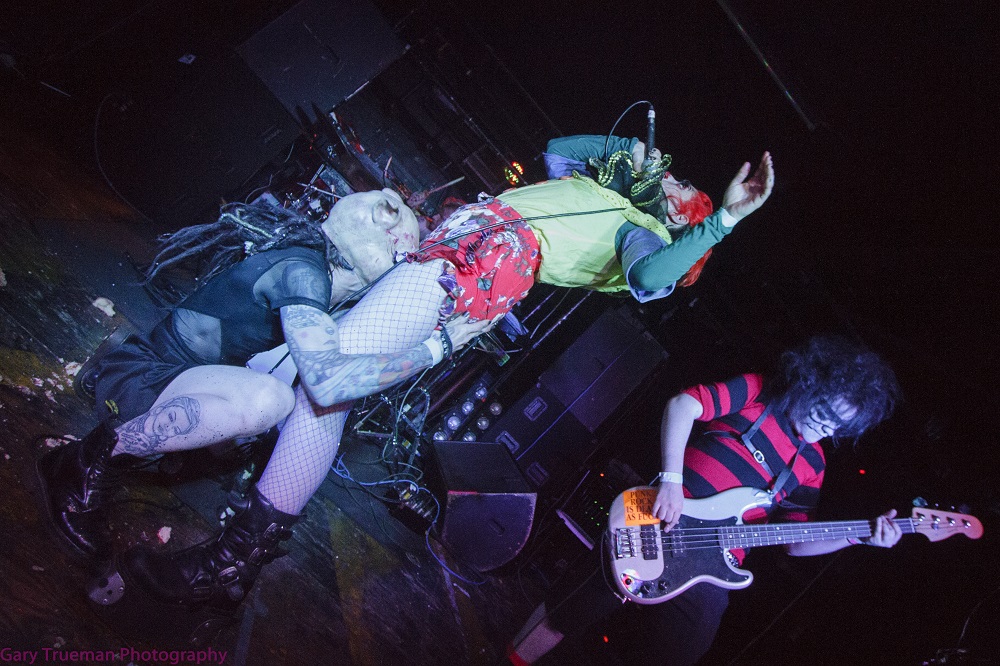 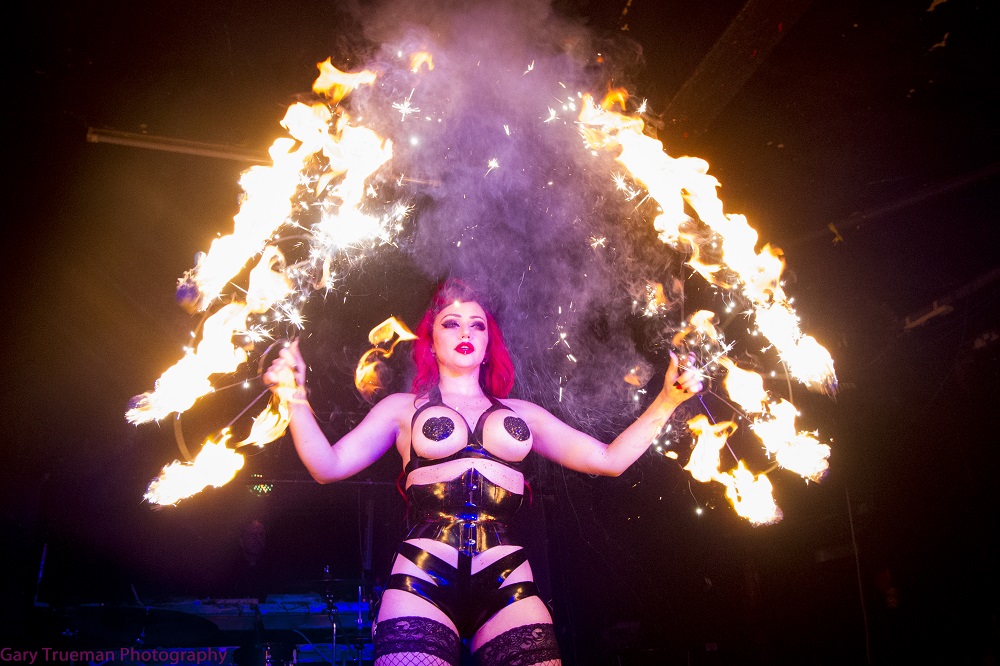 The going above and beyond the call of duty award

Joint winners:  Fleisch for not only providing a large amount of equipment for a gig they were booked on but also for providing and sharing lighting too. Sophie Storm for her willingness to make a photo shoot happen despite living almost at the other end of the country and having to travel for eons.  She totally rocked the shoot too.

Winner: Freda Conlon of Kiss My Acid who is a kind of one woman whirlwind holding a pint glass.  She writes a pretty mean tune too.

The class clown who could actually teach the professionals a thing or two award:

Winner:  Vicious Precious of Pretty Addicted.  If you want to know how to run a band DIY and do it right then this is the person to model yourself on.  Just leave the orange and black to Vish, she’s got that one covered. 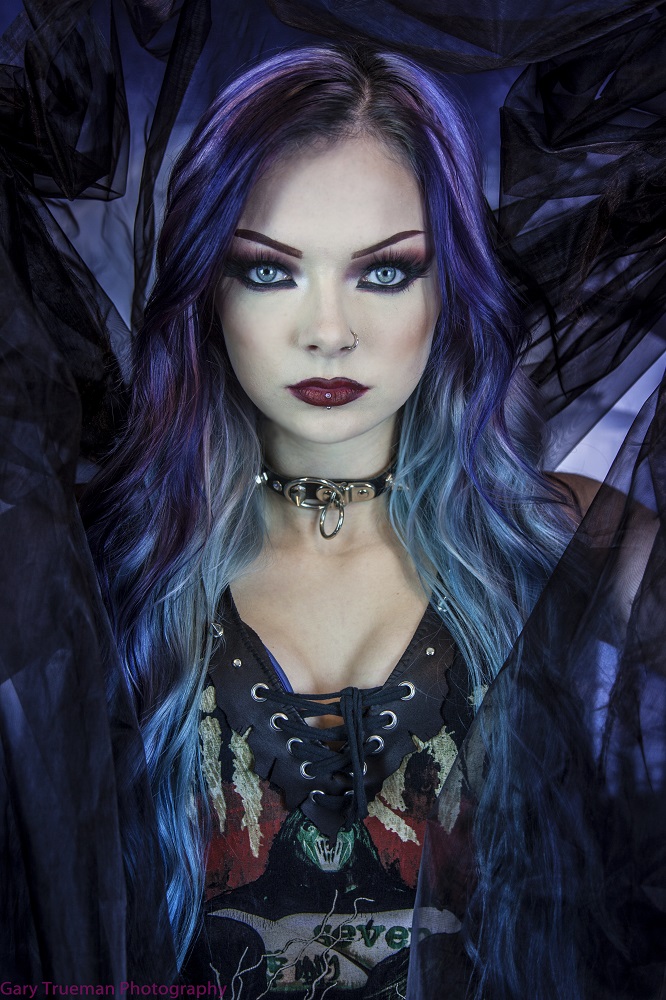 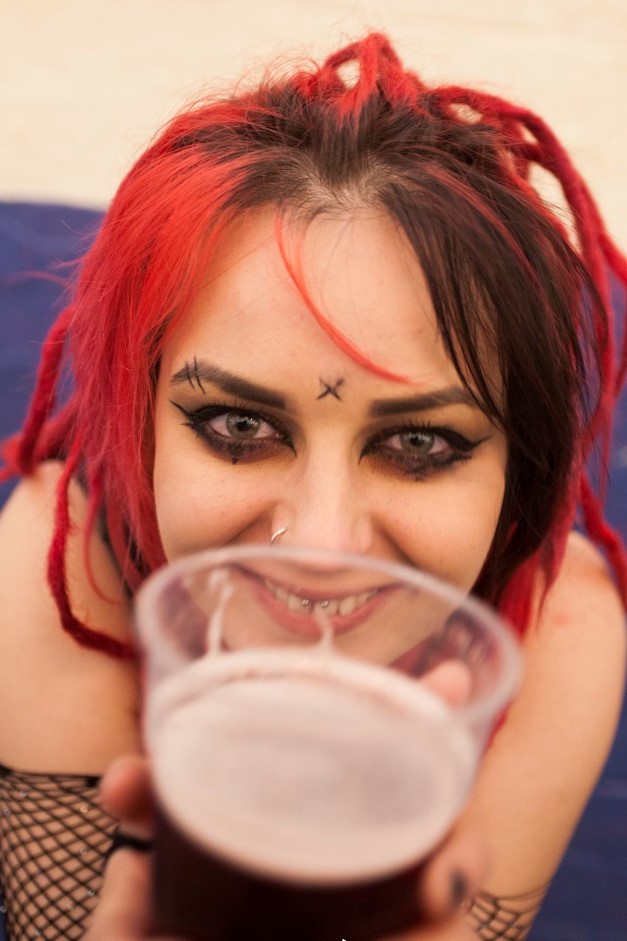 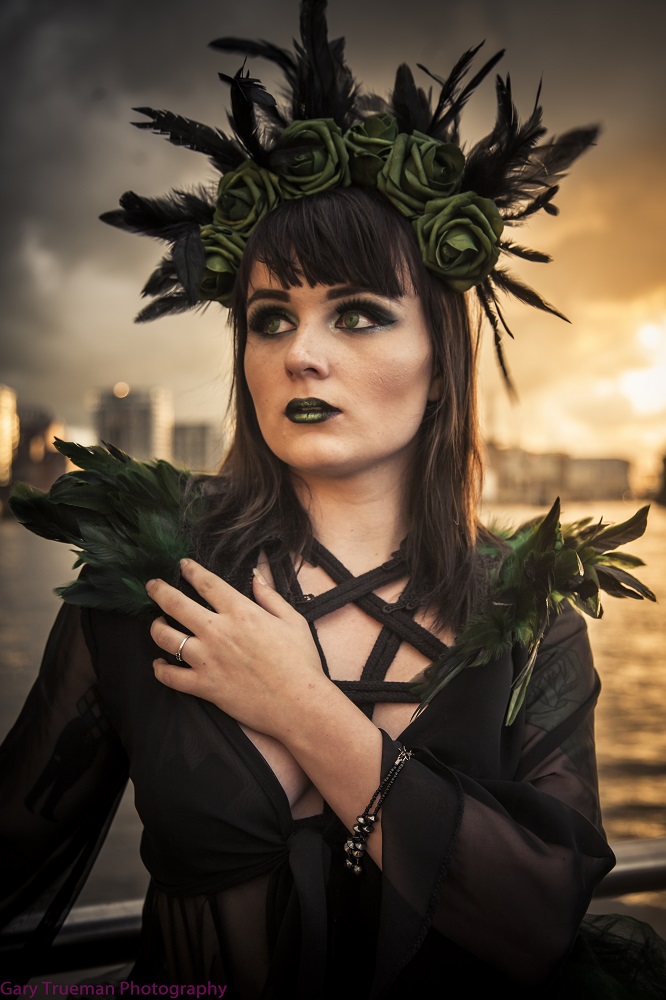 The most played song.

Not an award just a statement of fact.  The most played song on my ipod which is where I tend to listen to most of my music is……

My Size by Hands Off Gretel.  What a tune!  Running it close were Filthy Whore Mouth by Pretty Addicted, Every Day Is War by Combichrist, Personal Jesus by Marilyn Manson and Igniter by the Butcher Babies

Winner: You.  That is you’re reading this so it’s likely you’ve been a part of supporting Devolution, the alt scene and independent acts and artists. So thank you.

And finally.  It’s time to whip out the crystal ball and make three predictions for 2018

Have a happy turkey or nut cutlet filled Christmas and a very hangover free new year. 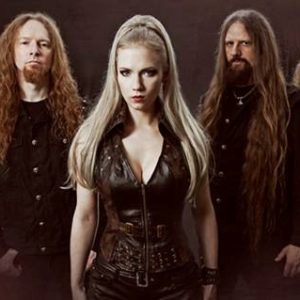 Following the departure of founder member Liv Kristine many may have thought Leaves Eyes would struggle to move forward...
Copyright 2017 Devolution Magazine. All Right Reserved.
Back to top