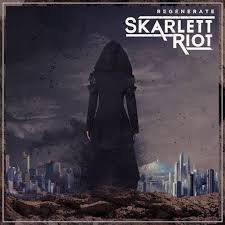 I’m going to break a few rules with this review.  Firstly I’m writing in the first person which will mean some editors out there will already be having a seizure.  Sorry, not sorry.  Also I’m reviewing an album by a band I know personally so unlike an MP I am declaring my interest openly and transparently.  Again sorry, not sorry.  Oh, and there’s a track on this album which I have a personal connection to.  What does all this mean?  It means I’ll say what I think and having played the album to a couple of friends  I’ll say what they think too.

Skarlett Riot are a band that have chosen to play music that even in the world of rock is a little unfashionable right now.  They also don’t benefit from living somewhere which is a hub musically either.  In fact they live in Scunthorpe which again has never been considered fashionable at all, ever.  What this means is that the band have had to work their backsides off over a number of years to become one of the UK’s leading hard rock acts.  A lot of other bands work hard too but that doesn’t diminish what these guys have done and how they’ve done it.

This latest album is for me a giant step forward in terms of seeing a settled style and in hearing how mature the group now sound.  Regenerate is a good title because this is a heavier set of songs compared to anything we’ve heard from Skarlett Riot previously.  I did wonder on the last album whether they might go down a much lighter road particularly with songs like Rock And Roll Queen which is a great tune but is on another path.  The heavier direction suits them so well and allows the quality of musicianship to really shine through, it allows them to really let rip.

I played the album to a couple of friends who I will call Mike and Sven because that’s what their real names are and they both loved it.  One is a big Iron Maiden fan and one likes anything from Soil to The Prodigy to Sabbath.  Both commented of the consistency of writing, musicianship and quality of vocals.  I agree, and in respect of Skarlett’s voice I am hugely impressed with how much stronger she sounds now to the first album.  I think the writing was on the wall with the recent EP which served as a teaser for this new set of songs.

This record straddles rock and metal beautifully and shows Skarlett Riot to be a band who are very much deserving of great things.  Don’t take my word for it, Mike and Sven think so too so at the very least I’d recommend you give it a listen.  Oh and that track with a personal connection, it’s the very last one on the album, it’s called Warrior and it was inspired by a photo I took of Skarlett.  I’d still love it even if it wasn’t though because it rocks.  When a band are courted by some of rock’s greatest exponents you know that they are the real deal.  Just because I know them doesn’t mean I can’t see how good they have become either.  Regenerate is a standard bearer for all that is great about rock music today and it sees Skarlett Riot really announce themselves as one of the best of the UK’s new young breed. 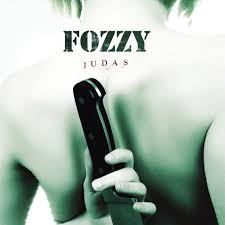 Fozzy Judas - Century Media Forget the fact that Fozzy have a wrestling celebrity on the mic for a bit and just...
Copyright 2017 Devolution Magazine. All Right Reserved.
Back to top