Tiger Sex are a three piece full on tour de force that had the Rebellion stage packed to the rafters.  Their show was a riot with front girl Kelly Chelston spending much of her time in the audience and on the speaker stacks.  It turns out the wildcat on stage is more a kitten off it.  Gary Trueman chatted to Kelly about her first time being in the UK, the band name and the US punk scene. 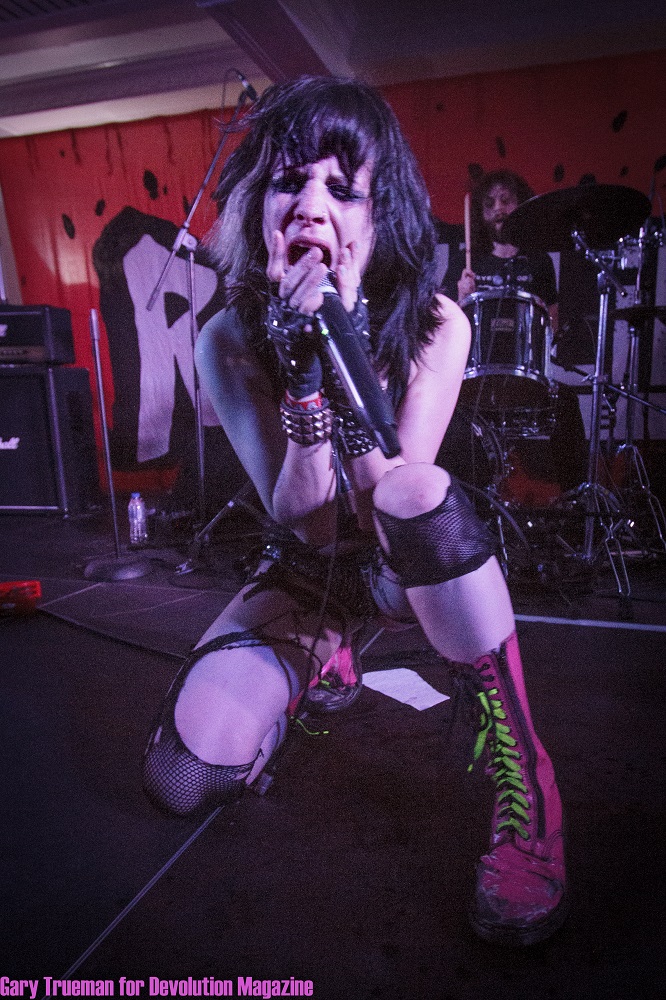 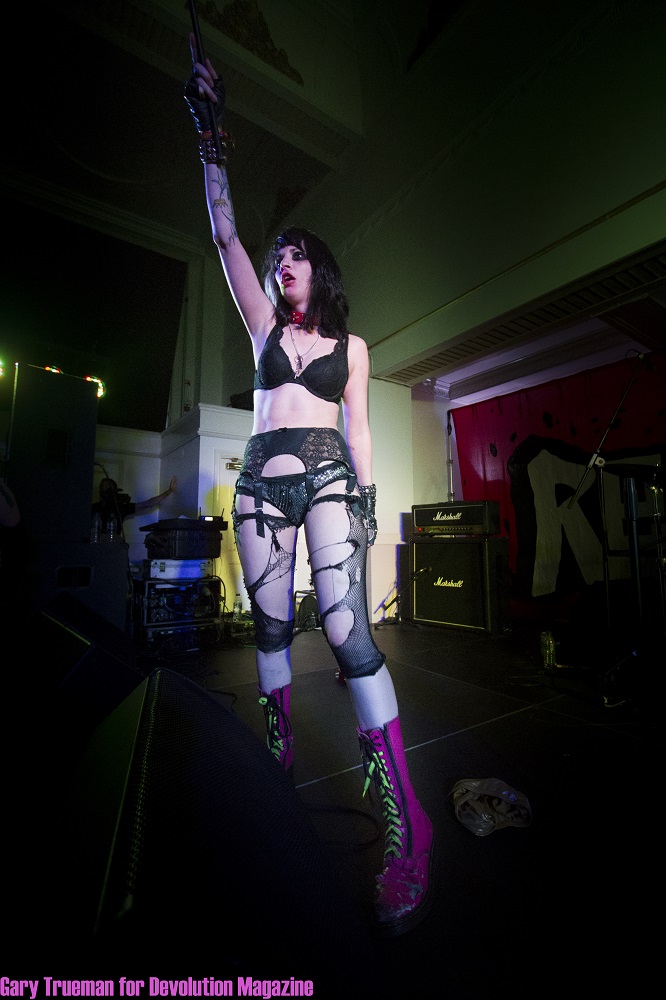 So Kelly, the name Tiger Sex.  Where did you get that from or is it obvious?

“Me and my guitarist Kei  were at a Chinese buffet and I’ve been a tiger all my life, my ass has been tattooed tiger since I was nineteen years old.  So we figured tiger, and sex.  Everybody loves sex.”

How did you develop your style?

“When I met my guitarist and my old drummer who was from MIA, I had moved to Vegas and met Kei and we all had an interest in the same bands like Black Flag, The Stooges, Johnny Thunders, so it was about common interest and compatibility.”

This is your first time in the UK, so how was playing Rebellion today?

“It was amazing.  It’s the only punk fest that I will play because there are so many but Rebellion is the real thing.  It was awesome, I wish I could have made it better somehow, just to interact more but it was so packed that I couldn’t really.  It wasn’t as intimate as we can be.  But it was definitely beautiful.”

So is Rebellion well known at all in the states on the punk scene?

“It is not.  In the US punk music doesn’t have the same definition as  Rebellion festival.  There are some parts of the US that celebrate punk rock and do festivals but the UK know how to do it right.  All these old school punks come together and it makes me feel at home.  When I was like 13 or 14, these are my people.  I’ve not seen them since until I came to the UK.  I feel like I’m fucking home.” 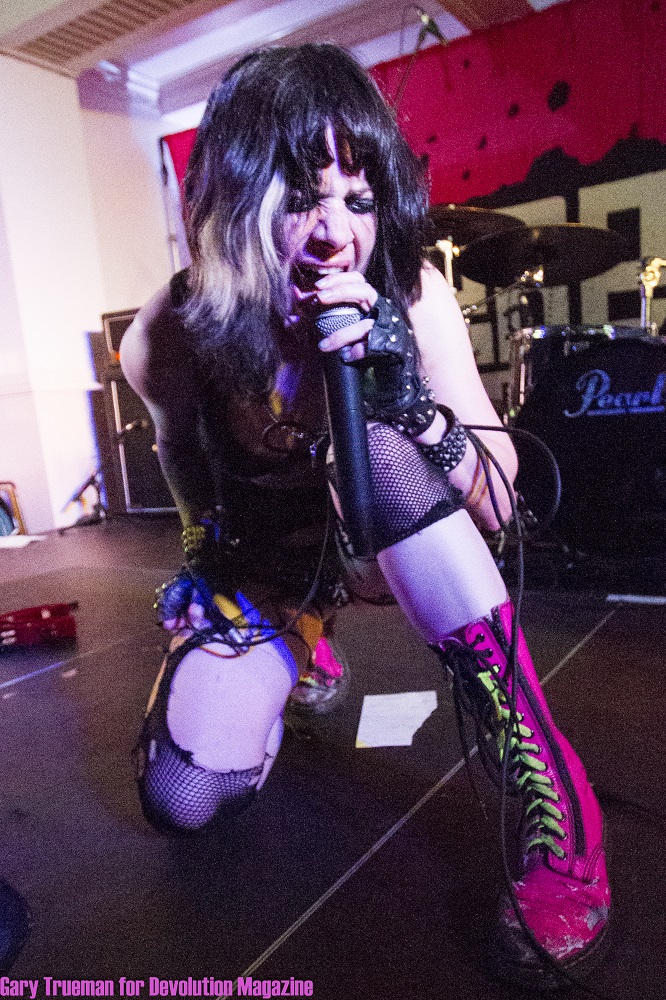 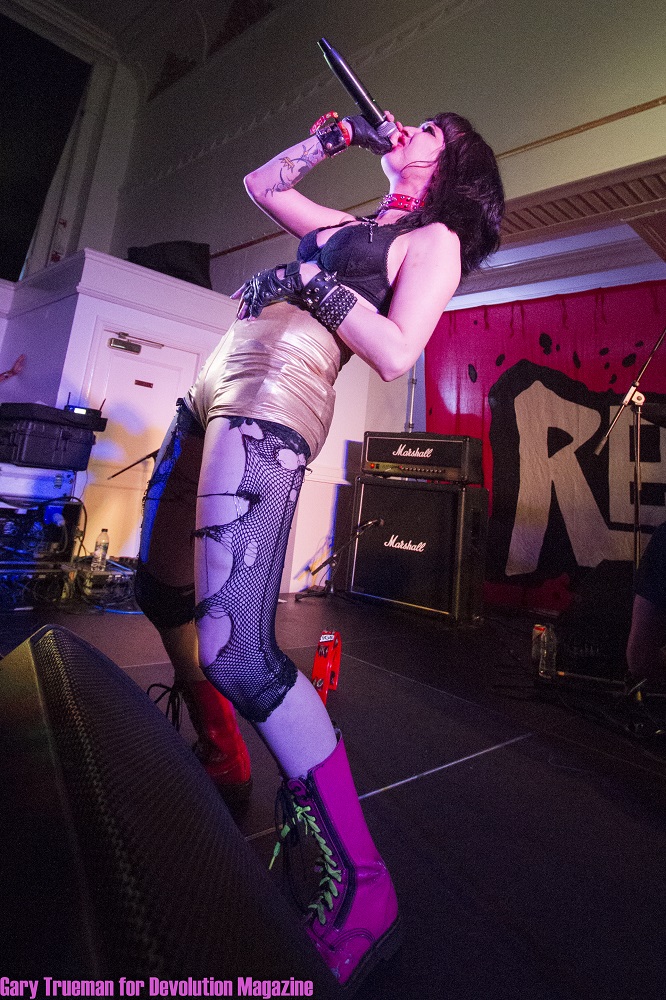 Here you get all kinds of different styles of punk and everyone gets along and accepts everyone else.  Does that happen in the states too.

“No.  Everywhere in the states is kind of sectioned off.  It’s not like that here, Rebellion is unique, one of a kind.”

You don’t have cds yet.  Do you have any plans to record some of your amazing music?

“We’ve been planning to record for a while.  We want to make videos and we want to make music.  We plan on recording a full album in the next six months.  We are a very live oriented band.”

Have you been aware of the attention on you here, the packed crowds and earlier today at Rebellion a sea of photographers?

“I kind of ignore it and do my thing.  I mean I get into the music and just kind of black out and go with it.  Today was hard to actually move around because there was so many people.  Usually I get more intimate.  I’m flattered the photographers were there but I didn’t notice too much.”

Have you noticed any particular differences in the UK audiences to those in the US?

“In the US they mosh more, people beat the shit out of each other.  I have many many stitches from performing and not even being in the mosh pits.  In the UK they seem more observant and in the music.  Today the crowd carried me.  In the US I’ve done a lot of body surfing, I love it, I love the feeling.”

Your shows are really wild but talking now it’s obvious you’re a quiet and quite shy person.  Is what we see on stage a kind of alter ego, a side of you that you’d normally hide?

“I’m actually pretty introverted.  On stage there’s something about the music that makes me let go.  Off stage I have no friends, I’m introverted, I’m anti-social.” 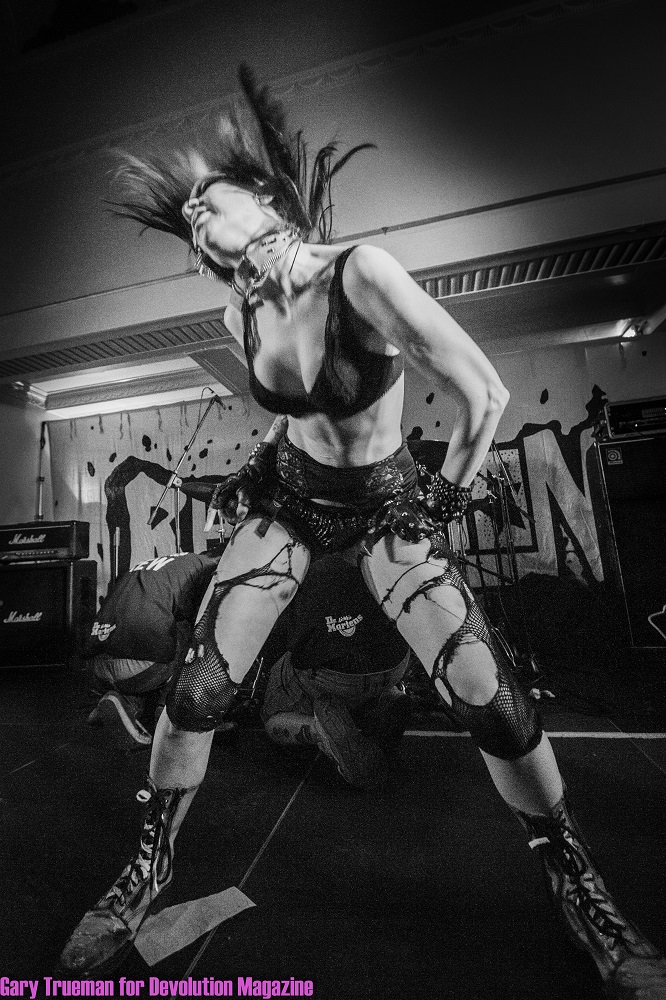 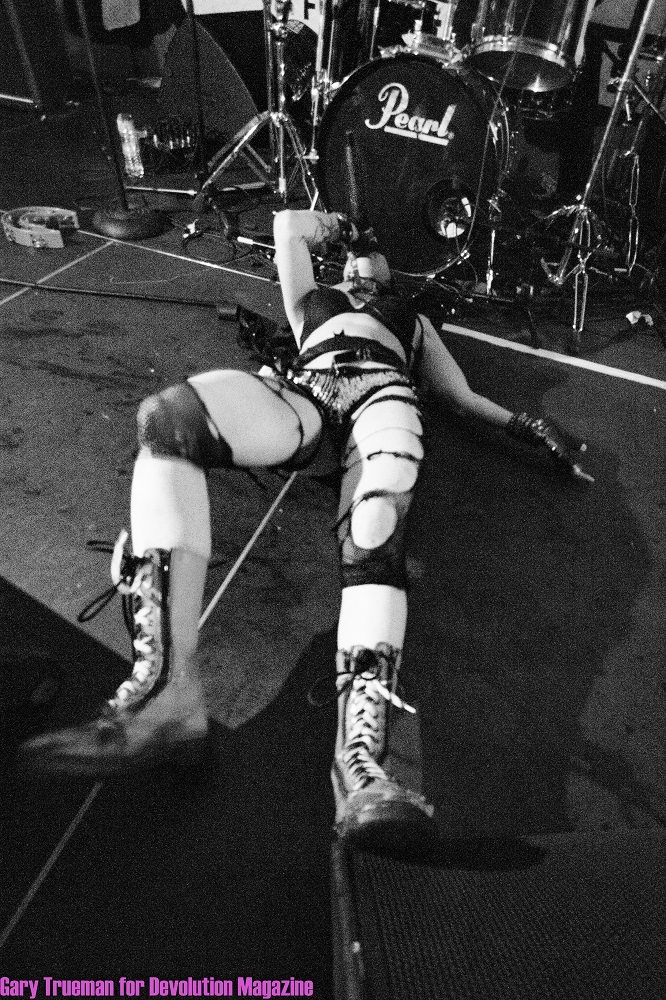 Do you get stage fright?

“Not really.  I have a few drinks and I’m ready to go.  Iove music and I don’t want to be held back by anxiety.”

Are your lyrics an extension of getting yourself out there too, of showing the real you?

“What I write about mainly are experiences.  What I sing about is what I’ve seen, what I’ve learned about or what I’m feeling.”

“I’m nice to people.  I give more than I get, I’ll always put in more than I’ll get back, thanks to my dad.  He has the biggest heart and without him I’d be dead.  The trait I wish I didn’t have was a big heart because I let people walk all over me, I do.”

Have you had a chance to check out any bands at Rebellion?

“I got to see Subhumans which was amazing.  And The Godfathers, holy shit, they’re fucking awesome.  I saw Bad Religion and Wonk Unit.  I missed The Svetlanas which I wished I could have seen.”

So who do you want to see play here next year?

“Iggy Pop, because he’s a saggy sexy motherfucker.  I love The Stooges and we cover them.  I Wanna Be Your Dog is my heart.  Haha, yeah get Iggy. ”

we love TIGERSEX in the us. Kelly the people in Detroit I hope would never walk on you. we love you 3. cant wait to see you soon in MOTOWN. glad you had a good time overseas and that your back safe. love always 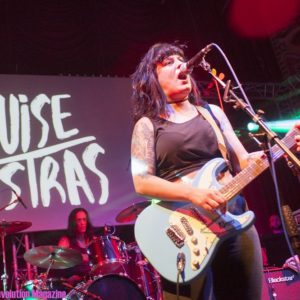 Music is a powerful tool.  It can inspire, change perceptions and invoke deep emotion.  The music of Louise Distras perhaps...
Copyright 2017 Devolution Magazine. All Right Reserved.
Back to top