Music is a powerful tool.  It can inspire, change perceptions and invoke deep emotion.  The music of Louise Distras perhaps more than any other act at Rebellion festival does these three things plus a lot more too.  With her song Aileen (about convicted serial killer Aileen Wuornos and rape culture) Distras highlighted an often shamefully hidden societal issue.  Shortly after playing two sets in one day she chatted to Gary Trueman  about her upcoming second album, inspiring women to play music through her music and reveals her thoughts on Tom Hanks.

Those were two pretty awesome performances.  How were they for you?

Your acoustic set.  There was a little lad dancing right in front of you.  How cool was that?

“He was amazing, he was called Corey.  I was chatting to him and his mum before the show and he was just so excited.  He made it, he made the show.”

Your pledge campaign was run nearly to the wire but it came in at 115% in the end.  That’s fantastic that you ended up well over your target.

“How the campaign came about is that I’ve been road testing two new albums worth of material at various times and at various shows.  At every show the response to the new songs was absolutely incredible.  At my shows, and I don’t know whether I’m just imagining it, but it feels like there’s a really special connection there.  A lot of people get a lot out of the songs and I get a lot out of playing them.  After road testing them I just felt so inspired and with this connection I felt we had it just totally made sense to make this album with the people who care about the songs the most.  It was an organic process really.  It’s always nerve racking putting yourself on the line especially with the public where you can fail spectacularly, and I’m sure there are people out there that would have loved that.  You can’t deny that special connection and the love for this music that people have which was proved with the kickstarter.  I was blown away, it’s been a roller coaster.” 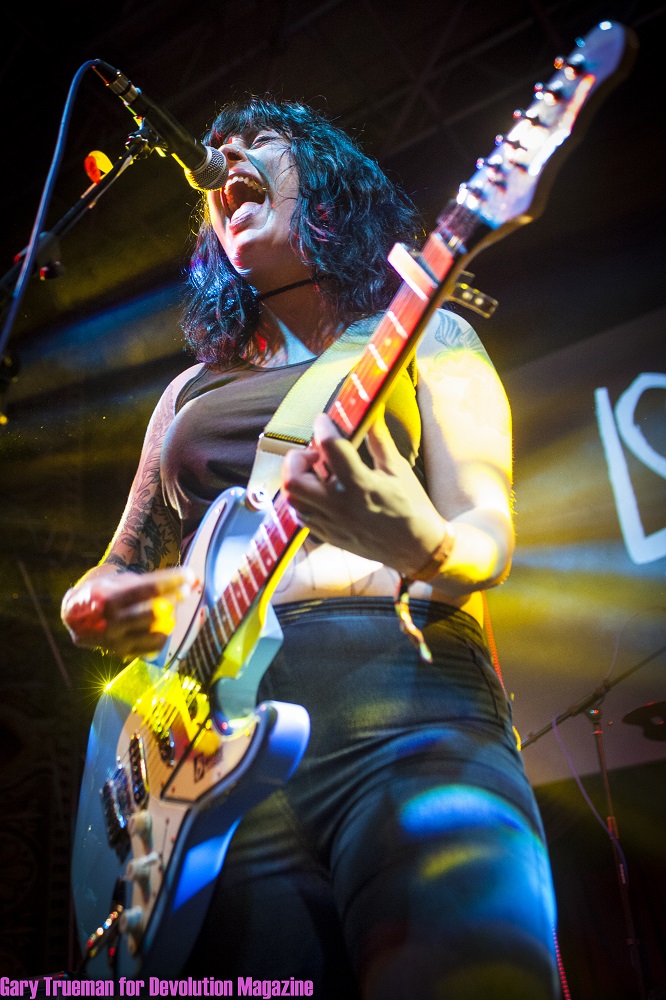 So when can we expect the album itself?

“I’m aiming for May 2018.  I released Aileen in September last year and Outside Of You in May this year and I would consider them a reflection of the direction the second album is heading in.  The response to Aileen was massive with Kerrang picking it up, and Radio 1, plus over in the States with radio play too.  It’s all very exciting.  I’m going back into the studio at the end of August to record some more new songs and will release a new single in October.”

You mentioned during your acoustic set that Rebellion festival is a big champion of female artists.  Is that something where Rebellion are leading the way forward?

“Well yeah, I’ve been saying it for a while.  I love playing festivals, I love 2000 Trees, Punk Rock Calling, Walk Tall and the rest but it is apparent that they don’t have many women on the line ups.  I just think that a lot of people could probably just follow Rebellion’s lead and put more women on.  It’s a no brainer really.  You see more women on line ups and then more women will think they can do that too.  That’s how it works, it’s simple.”

Half of the population are women and a proportionate amout will likely want to play music so surely half of any bill should naturally be women?

“Exactly.  Back in January and February me and my band, making three quarters of us women at the time went on a tour with the King Blues.  We were setting up our gear to go on stage every night and we had so many young women coming up to the stage asking what we were doing.  When we said we were going to play a show they were like oh my God!  Then they were down the front losing their shit and connecting with the songs and having a great time.  They were coming up to us afterwards saying they didn’t know girls could play punk rock.  They were saying they’d never seen girls play punk rock and never seen girls play guitar and now that we’ve seen you do it, it means we know we can do it too.  That’s the proof.  You’ve got to see it to know it exists, and then do it.  I was really happy that those girls had come to a show and had a good experience seeing girls on stage and it was a positive thing.  I was really happy we could be a part of that.” 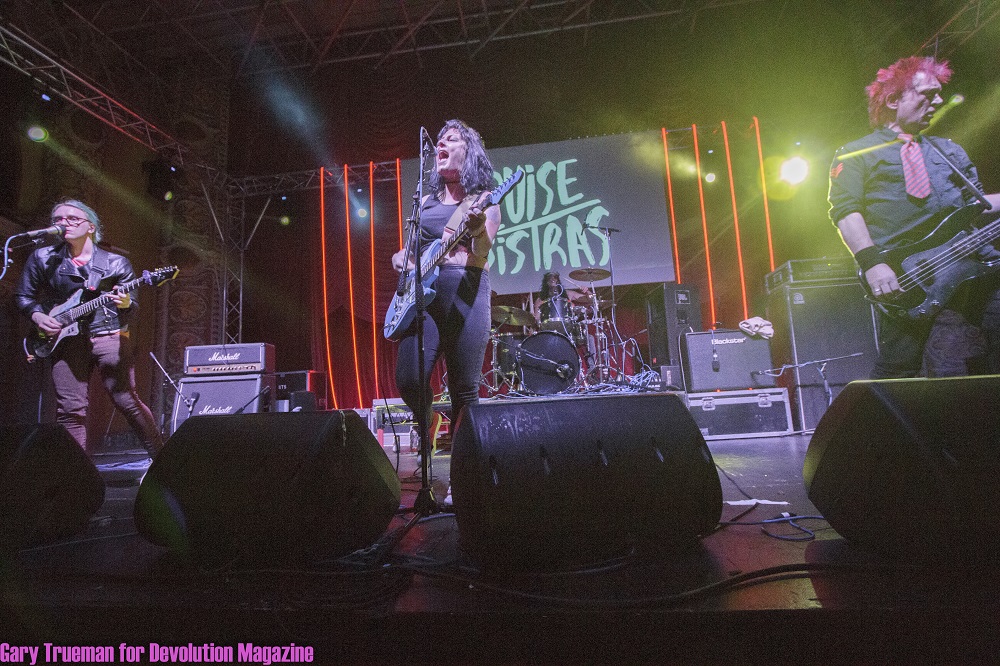 You also gave a shout out to The Kut.

“Princess Maha is a legend.  She’s a fucking legend.  Enough said.  I saw her earlier and we did some selfies.  She’s great.  She’s a wicked singer and a wicked guitarist and all power to her.”

Now the really serious question.  We have a bit of a tradition to have an ice cream during our chats at Rebellion and there isn’t any this year.  Do you think the festival needs more ice cream?

“Well since I’m the biggest diva at Rebellion festival I just can’t work under these conditions.  Where’s the fucking ice cream?  Seriously though Blackpool is full of ice cream, we can get ice cream anywhere.  It just means we’ll have to take our annual ice cream down on the sea front.  And it’s nice down there anyway.  That’s all I’ve got to say about that.”

You’re a Forrest Gump fan then.

So where do you want to be a year from now, apart from back at Rebellion?

” I’m hoping with the new album that next year will be the year.  The plan is to get the album out and hit the road hard, even harder than I did for Dreams From The Factory Floor.  The response in America has been massive.  I think I have more fans in America than I have here.  So play America, then come back here, then Germany, then Finland, and maybe Australia.  I just want to tour everywhere and anywhere.  It’s not about me or my dreams, it’s about post Brexit and post election we’ve seen the youth of the UK become re-energised, organised and mobilised in a way we’ve not ever seen before.  There’s a new energy and it’s up to us and the new generation to change things for the future.  That’s the big picture.  I call it NuPunk, it’s so punk rock it’s pissing off the punks.” 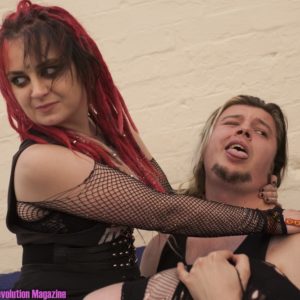 It needs to be said that Kiss My Acid are enjoying themselves hugely at Rebellion.  They played on the introducing stage...
Copyright 2017 Devolution Magazine. All Right Reserved.
Back to top