When you work all year round just to save up enough money for a week away most people would want to go somewhere exotic.  Sem Futuro though have punk written through them like the writing on a stick of Blackpool rock.  That’s why for their time out they’ve come to Rebellion to play their music a very long way from home.  Gary Trueman chatted to the Brazilians about music in their home country, writing a song about Rebellion and what they’d like to take back home with them. 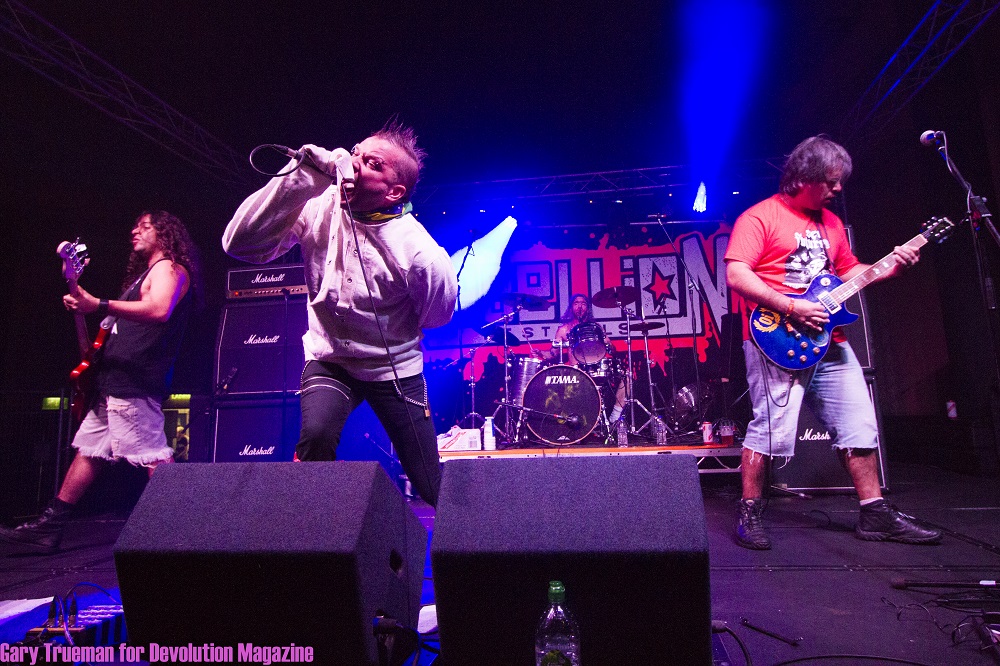 You played the introducing stage lastv year and have moved on to the Arena this time round.  What are you looking to get from this year?

“Oh more people coming to see us hopefully, and to sell more merchandise so we can pay for our tickets to get here.  It’s a very expensive trip to England.  We don’t care.  Punk rock is fun here and it’s really difficult to be a punk in Brazil so it’s a great honour for us to be here representing our country.”

There’s a lot of heavy music in Brazil though, maybe more metal than punk?

“The punk in Brazil is really underground, there’s all kinds, hard core, even 7/7 punk rock.”

Was it a surprise to get asked to play here?

“It was a great surprise.  Our drummer came over in 2015 and brought some demos.  We don’t sing in English so it was a big surprise.  We came over last year and sang in Portuguese and a lot of people liked us.  People started to find us on Facebook and on the internet after the show.  The Rebellion invited us back again for this year.  Another great surprise for us.  And on the Arena stage too which was a great pleasure.  We are very happy to be here at Rebellion with so many people we respect so much.  There are almost no words to describe the emotion of being here.”

Are there punk festivals in Brazil?

“There are a lot of bands from the 70’s that inspired us.  Very early on in punk there were bands in Brazil.  We don’t have a great festival there though.  I hope one day we will.  We are ready to make a Rebellion festival in Brazil.  We have some ideas to make something similar.”

Have you got any new music coming out soon?

“This year we recorded a special song which is a tribute to Rebellion festival.  We are in the process of recording our second album and we have around eight songs already done.  One of those songs is the only song we’ve ever written in English and we did that after the experience we had here last year.  The way we were very well received and the way we were supported.  It’s a tribute to everything that has happened to us here.  It’s called Rebellion Song.  It talks about how it is important to keep punk rock alive as a social movement and a s a musical movement.”

Obviously it costs a lot of money for you to come over.  Will you be playing any more shows while you’re over here?

“No.  Because we’ve been working all year to make enough money to take a vacation and this is our vacation.  We are here to play our music which we take very seriously but still it’s also our vacation.  All year round we work in offices and we work with computers and we have trouble and stress but we make enough money to come to England and play our music.  In Brazil it’s hard just to survive doing a job so we get to take just one holiday a year.  That is the time we take to stay here.”

So which bands do you want to see while you’re here?

“We want to see the old bands that inspired us.  Bands like Peter And The Test Tube Babies.  We want to watch the UK Subs and the Angelic Upstarts and Sham 69.  Bands we’ve been listening to for many years.  Of course there are the new bands that we have met here too.  It’s nice to see the new stuff.  In Brazil we never get to see these bands.  For us every band that plays here are amazing.”

If there’s one thing you wasn’t to take back to Brazil with you what would it be?

“English tea, black pudding and the full English breakfast.  The fish and chips, good beer and lots of rock and roll.  The music culture here, we’d like to take a bit of that home with us too.” 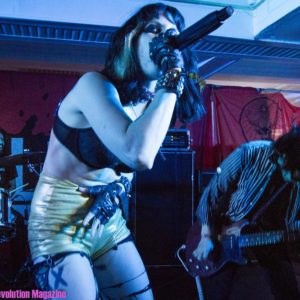 Tiger Sex are a three piece full on tour de force that had the Rebellion stage packed to the rafters.  Their show was a riot...
Copyright 2017 Devolution Magazine. All Right Reserved.
Back to top