It may be April Fool’s day but tonight is no joke. Back in the dim mists of time (the summer of 1990 to be exact), before MP3s and as CDs had started to outsell vinyl, I was introduced to Love/Hate. It was a slice of Californian rock and roll a decade too late as they were soon to be eclipsed by the advent of grunge, but there was something that gelled with the UK music scene. As their popularity waned in the US it grew in the UK. And so, 30 years after their second album, Jizzy Pearl has brought his new version of Love/Hate back to the UK. Supported by local heroes, Molotov Sexbomb, Hells Gazelles, Black Bullets, and Knock Out Kaine it’s an epic night to finish off the tour. There’s an entire set filled with songs from the second album, ‘Wasted In America’, along with the anthemic ‘Black Out In The Redroom’ and ‘Why Do You Think They Call It Dope’. The Bullingdon is filled with people from all over the world to see Jizzy play including a couple from Germany who have come over just for this show. Rattling through each song like a machine gun firing greatest hits Jizzy’s voice sounds superb. His popularity here in the UK comes as a bit of a surprise as by the end of the show they run out of material for the encore. The crowd want more and they aren’t going to let the band off lightly. Luckily the band has rehearsed a few extra songs in the short time they’ve been together, and after asking if they’d like the first side of Rush’s 2112 or another Love/Hate track they finish the night in true style. 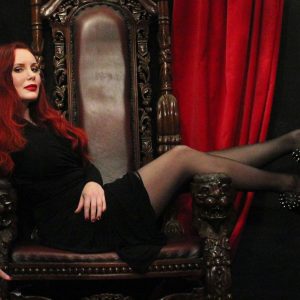 Have you ever wondered where that really cool picture of a band was taken? Or where alternative clothing companies get those...
Copyright 2017 Devolution Magazine. All Right Reserved.
Back to top