New Trick is an interesting title for this EP given that it’s written in collaboration with Louise Post and Nina Gordon from Verucca Salt.  The rub is that there’s been a trade off in terms of undiluted originality versus experienced song writing.  For the record the song writing wins out, but only just.  It’s third track ‘Black Sky’ that catches the ear coming across disturbingly as Weezer’s little sister.  With four solid albums under their belts it was very much time for Skating Polly to become properly fledged and with Post and Gordon on hand they’ve made a mostly successful move into becoming a band for more than just their close knit fan base.  With the addition of brother Kurtis Mayo the band now have real depth for their live shows, something that means these songs will travel well.  Put out soon after their last full album this is a statement of intent.  Skating Polly are now ready, willing and above all, able to take on the world.

Review: I Got Spiders - Kingdom Of The Spiders 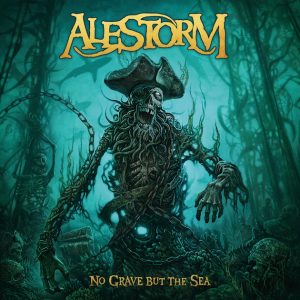 Alestorm - No Grave But The Sea It’s a funny thing but Alestorm manage to do something many themed bands don’t...
Copyright 2017 Devolution Magazine. All Right Reserved.
Back to top