Review: I Got Spiders – Kingdom Of The Spiders I Got Spiders – Kingdom Of The Spiders

Putting the arachnophobia into punk and tongues into cheek are Spalding based nutters I Got Spiders.  With short sharp songs and a wrestling mad frontman you’d think that would be the end of things.  Bish, bash, bosh, and repeat.  Not a bit of it though.  The lyrics might at first seem to be written for the beer fuelled lads listening but closer inspection finds something a bit more in depth and heartfelt.  It’s well masked just like Gary Charlesworth up front but this record has a soul for those that care to look – and listen.  Musically everything is tight and production is lo-fi which suits the style.  It has the added benefit of being crisp rather than muffled.  Kingdom Of The Spiders won’t appeal to people who like sweeping panoramas of seven stringed guitars and multi layered keyboards.  If however listening to three guys passionately going about playing their music because they love it is your thing then this is for you. 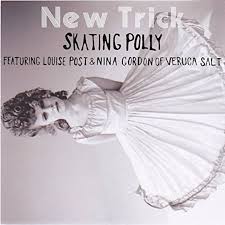 Skating Polly - New Trick EP New Trick is an interesting title for this EP given that it’s written in collaboration...
Copyright 2017 Devolution Magazine. All Right Reserved.
Back to top