I first heard of Hands Off Gretel hailing from Barnsley, in the summer of 2015, I was so genuinely impressed with their sound and backstory that I immediately booked them as openers for the Decade of Devolution and The Alt Collective party in the November with absolutely no regrets at all having never even seen them play live at the time. Fronted by the mesmerising and incredibly charismatic Lauren Tate she is backed up musically by her insanely talented crew featuring her boyfriend Sean McAvinue – Guitar, Sam Hobbins on Drums and Joe Scotcher on Bass.

‘Burn The Beauty Queen’ is quite simply one of the most original, exciting, innovative and honest albums I have heard in a very long time and I am so blessed to feel that I have been able to follow HOG on their journey of self-discovery and grow into a mature ass kicking machine whose energy and member interaction both on and off stage has helped mold them into one of the most interesting and exciting bands of the year!

Their work ethic is admirable and their gusto is second to none – the production on the album is tight and each song tells a different story from a chapter of Laurens life. Having been through the common issues of a teenage girl trying to figure out who she is, what her role is and where she belongs in the world I think the band has always been her true calling and is being used as a healthy platform to empower the listeners and finally close the doors on some of those questions that had plagued her life.

This record is pure rock and roll, its harsh, its angst, its rebellious; it’s infectious and captivating and at the same time can be serene and spellbinding. Tracks like the first single ‘Be Mine’, ‘Eating Simon’, ‘Oh Shit’ and ‘Awfully Miserable’ highlight the diverse melodies and vocal ranges on offer – these guys cannot be pigeon holed that’s for sure!

Without a single doubt this band, confidentially led by their compassionate and artistically awoken leader have such a bright future ahead of them and they deserve every single success that’s coming their way! 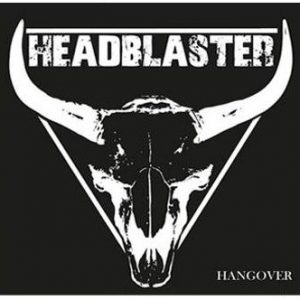 Headblaster - Hangover (Self Released) Its sometimes difficult to try and define a band by genre - something may spring...
Copyright 2017 Devolution Magazine. All Right Reserved.
Back to top