After an explosive start to the day at Download with enough pyro to start a Rammstein gig Control The Storm were revved up and ready to interview. Mark Bestford spoke to Rae and Firouzeh about the perils of live shows, their love of Nightwish, and cannibalism on remote desert islands. 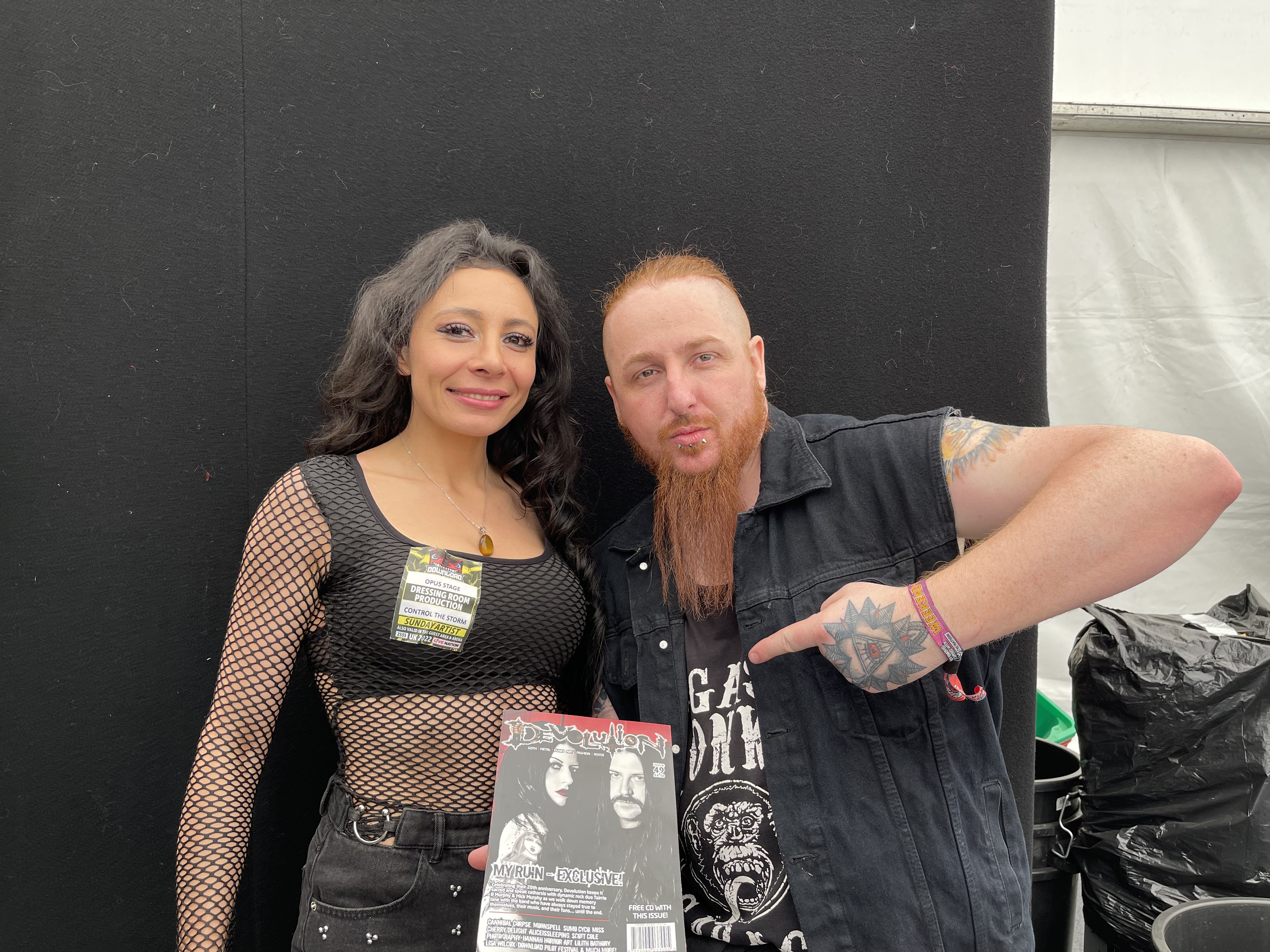 On the way to a gig does anyone argue about the music being played in the van?

Rae “No, I always get what I want. Because I drive all the time, it’s my van. So whatever I put on the stereo that’s it. They have to listen to it. And I’m not sorry. I’m not sorry it’s Ed Sheeran.”

Firouzeh “Well lucky for us he has good taste in music so we let him off on that one.”

What does actually get played?

R “A lot of Sabaton, Battlebeast, Nightwish. Insomnium, they’re good. Ice Nine Kills, and they smashed it here the other day, so they’re a good band. Who else? Lots of people, Toto Africa.”

R “A bit of Michael Buble. All the Michaels”

F “Anything goes, it all depends on his mood.”

Who would you pick for your dream supergroup band lineup?

F “I know we should say Rae on the keyboards, but Tuomas. They can’t be all out of Nightwish though.”

R “They can’t all be Nightwish. Basically just Nightwish. All the singers, all the past members. That’s a good one actually. The drummer from Gojira because he’s a monster.”

F “Maybe Bowie on guitar. No, he used to play guitar.”

R “That would be a really weird show. It would be odd.”

F “It would be twisted.”

R “I’d pay to see that, I would. Freddie Mercury, though? Brian May.”

R “We could still have Roger Taylor. Yeah, Queen’s another we listen to in the van a lot as well.”

You can think about some of the mixes of people you can get. I mean, Ke$ha did a song with Alice Cooper.

R “Yeah. We’re hoping that we’ll get to do a tour with Bonnie Tyler, now that we’ve covered Holding Out For A Hero.”

F “Yeah, she always does that.”

R “Yeah I dropped her a message on Facebook saying, ‘hey, just check this out. We just done this thing. It’s like don’t sue us please.’”

F “We could do a duet together.”

In the modern online music scene is the concept album dead or do you think there’s still life in a concept album?

R “I don’t know really. I mean, I think if you’re going to do a concept album anyway, you need to be established. Unless you’re, you know, it’s hard because that’s a tough one. Yeah. Because if you’re not established, and then your first album is a concept album, when do you have to hope that everyone gets it?”

F “But it does depend what the concept is.”

R “If you start with a concept album, it’s very difficult to do anything else after that. Because people have an expectation then. So I don’t know.”

F “But it’s a good idea I do like the idea of a concept album.”

Who has the worst tour habits?

F “Yeah, broke down on the way here.”

If you could select a band to tour with you as your support who would you pick?

R “Because that would work.”

F “No, I mean, does that have to be a realistic thing?”

I did have a band once say they wanted Slipknot to support them.

R “We can borrow their pyro. Save a few quid.”

Is the songwriting in the band a collaborative effort or is their one main person?

R “It’s fairly collaborative isn’t it? I mean, I’ll noodle out some things on the keyboard and program a few drums and bits and pieces as rough ideas and then send it out to everyone. And then over the course of a long time usually, we all come together and we work on it, demo it. Once we’ve demoed it, we record it and then we play it as a group properly and then we record it. So that’s how it usually is. It takes a little bit longer but we get to iron out the kinks we think before we start rehearsing it. This is definitely a group effort on the whole there’s no one cut.”

Who would you say you sound the most like?

R “Like no one, we are entirely unique. We are Bonnie Tyler for about five minutes.”

F “We’re a mix of different bands I reckon. Nightwish.”

F “Well I guess we know we’re not like Nightwish really, but they’re a big influence.”

R “Yeah. Like our bass player’s a massive Iron Maiden fan. Our guitarist is more of a death metal black metal fan. I listen to like classical music all the time. So metal is rubbish, I don’t even know why I’m here. But joking, obviously. But yeah, we’ve got such a broad taste in music it would be very difficult to say one band would be the one, but probably Nightwish, why not.”

What’s the funniest or strangest thing to happen to you on stage?

R “My hair got caught in Carl’s bass and it was all tangled. Yeah, so I had to untangle it but I nearly tripped up over the mic lead.”

R “I windmilled too hard and passed out and fell into another band’s guitar stack in the Firehouse in Southampton. I just got into it way too much first song and went ‘Ohhhh’ and just went. And I’ve been sick on stage as well before as well.”

F “Luckily I didn’t experience that.”

R “It was before your time.”

Whereabouts are you based now as a band?

F “Well we rehearse in Bristol but we’re kind of all over.”

R “We’re all over the country. Our drummer’s in Newcastle, guitarist in Chichester, I live in South Wales.”

R “So we’re all over really. We say UK now because it’s accurate.”

You can’t really say that there’s any like specific local music scene for you guys as you’re all over the place.

If you’re marooned on a desert island who’s the first band member that gets eaten?

R “Me because I’m the fattest.”

F “I was going to say you’re the biggest but I’m not saying. But I’m thinking we should start with the largest. Or should it be the smallest.”

R “Well you’re an appetiser really for the main course which would be me. I think I’d want to go first because I wouldn’t want to see all my friends die.”

R “I wouldn’t die of starvation because I’m the big one.”

F “Oh, yes. So you would actually be the last one. Yes it would be like the smallest first.”

R “If anything, we couldn’t decide who we would have to eat. One by one they just start dropping.”

F “We’d have to eat the same body part at the same time. So we start with everyone’s toes.”

Interview and Photo by Mark Bestford 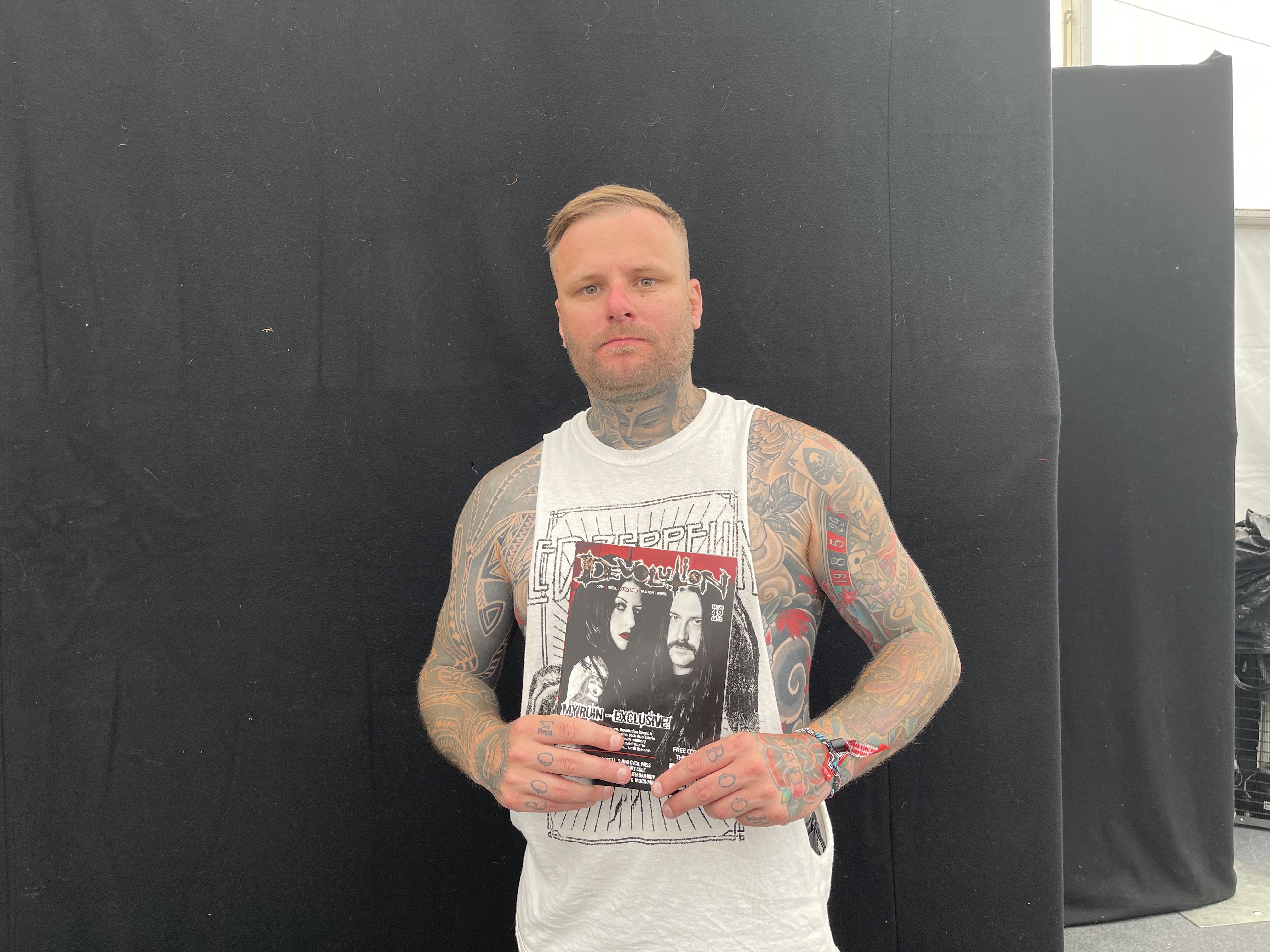 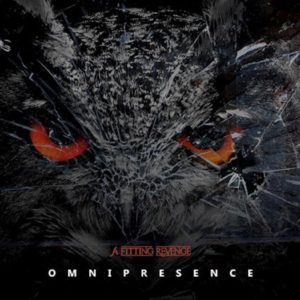