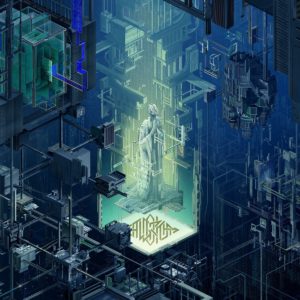 Rémi Gallego of The Algorithm brings us his fifth full album dropping June 3rd. Opening with ‘Segmentation Fault’ which feels like a subtle introduction to the steady build-up of beats to follow. The first four tracks sound like they could almost be a continuation, gradually adding more elements as they progress. Gallego combines his passion for music and computer sciencing to create multidimensional and complex beats featuring keyboards, drums, and guitars inspired by metal, cyberpunk, and synth wave. ‘Cryptographic Memory’ is where things really get interesting, with each helping from then becoming increasingly more compelling and atmospheric. Gallego describes his latest release ‘Multithreading’ as the closest he could get to what the Matrix 4 should have sounded like if it “was any good”. Granted, electronic dance music isn’t for everyone. Traditional metalheads may recoil to some tracks such as ‘Inline Assembly’ where the beat hits you like a sucker punch. ‘Data Renaissance’ offers something fresh and unique and for those that can appreciate each layer of this multifaceted release will be sure to revel in the intricacy Gallego has demonstrated throughout.

News: Falling In Reverse Share Video For New Single "Voices In My Head" 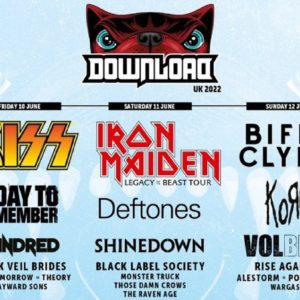 With any festival you always see the big names getting most of the attention. Further down the undercard are always some...
Copyright 2017 Devolution Magazine. All Right Reserved.
Back to top