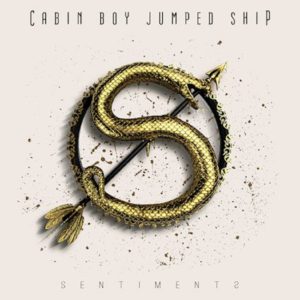 Playing any type of crossover can be a risky business; fumble the ball and a band can find themselves in a musical no-man’s-land with no appreciable audience to play to. In the case of Cabin Boy Jumped Ship it was a bigger gamble as their fusion of metal and electro has rarely been tried before. I’m pleased to report these opposing genres work together rather well and the result is a warlike sound that finds drums played with metronomic muster and guitars that flit from speaker to speaker like a fleet of enemy aircraft while over this maelstrom Conor Peek barks his lyrics like a deranged drill sergeant. However, it’s a personal war that the band are fighting, a battle for supremacy over self and the exorcising of inner demons, and subsequently Sentiments has a very uplifting feel. Accompanied by a brutally heavy sound, tracks such as ‘Golden’ are overloaded with breakdowns and the result is akin to going twelve rounds with Tyson Fury and by the time we reach closer ‘Smile’ we’re left feeling dazed and punch drunk (but in the best possible way). 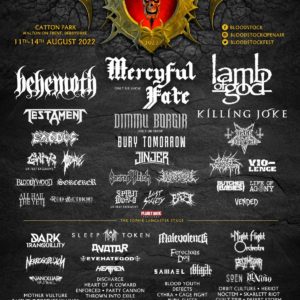 The Countdown Is On! 79 Days ‘Til Bloodstock 2022! The clock is ticking!  There’s just 79 days left until the marauding...
Copyright 2017 Devolution Magazine. All Right Reserved.
Back to top