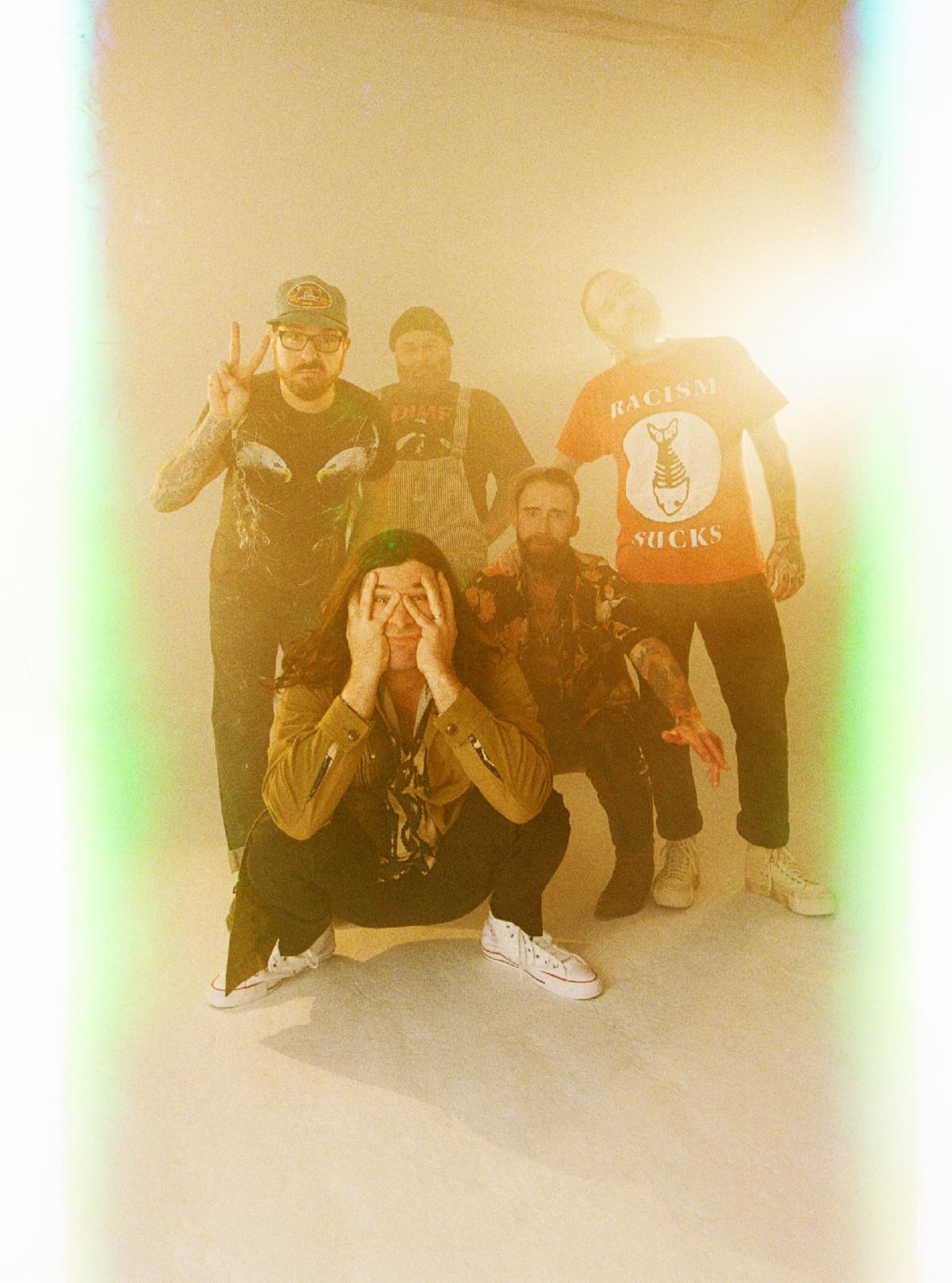 ALEXISONFIRE unveil the latest single from Otherness, their first full-length album in over 13 years. “Sans Soleil” features earnest and deeply heartfelt lyrics penned by Wade MacNeil, with an impeccable vocal performance from Dallas Green. Says George Pettit, “Wade came in with the lyrics for this song around the same time he had been working on the Dooms Children record and I feel like it shows. The Dooms Children album touched on a lot of things extremely personal to Wade and this song is definitely in that vein.” MacNeil elaborates, “This song is about hanging onto hope during the heaviest times. Healing and letting go. Dreaming of a future where all this hurt is behind you.”

Fans can watch Dallas and Wade discussing the track in more detail, alongside some in-studio clips, HERE.

Otherness will be released on June 24 via Dine Alone Records. The album features 10 new songs including the explosive first single, “Sweet Dreams Of Otherness” and previously released “Reverse The Curse”. The album is produced by AOF and mixed by punk stalwart Jonah Falco (Fucked Up, Chubby and the Gang). Watch the video for “Sweet Dreams Of Otherness” directed by the inimitable actor/director Jay Baruchel (LOL: Last One Laughing Canada, Goon, This Is The End, Random Acts of Violence) HERE.

Act quick to snap up the few remaining physical variants on pre-order HERE. Each vinyl variant is 2×12” with a Gatefold jacket and printed inner sleeves.

Alexisonfire – alongside City and Colour, Dine Alone Records and Live Nation Canada – recently announced a must-see 4-day concert event that will take over Montebello Park in the band’s beloved hometown of St. Catharine’s from June 30 to July 3. In celebration of their 20th Anniversary, AOF will be giving fans a special treat. Today, the band announce they will perform their self-titled debut album front-to-back for the first time ever live on Sunday, July 3. This will be the only opportunity to catch Alexisonfire perform in Southern Ontario in 2022. Tickets for the Born & Raised Concert Event are available via ticketmaster.ca. Alexisonfire and City and Colour have partnered with PLUS1 so that $1 from every ticket sold will be donated to the Indspire Building Brighter Futures Scholarship program.

Alexisonfire return to the UK in June to headline the Slam Dunk Festival. 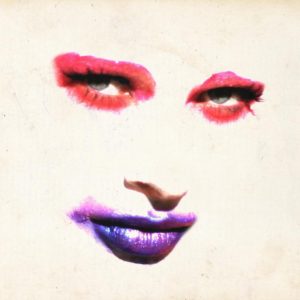 A continuous thread through the fabric of Alexisonfire is the state of otherness. Otherness drew us all to spaces where a band like this could be formed. We attract the type of individuals that have all felt the sensation of being strange or unique. Perceived or otherwise, otherness has followed us through childhood, adolescence, and into our adult lives. It drives our tastes and proclivities. It bonds us with ourselves and others. And make no mistake, even at our most domestic and mundane moments, we are true outliers.

Otherness is the band’s most cohesive and self-actualised record to date. For those who need a refresher, AOF released four hugely successful studio albums, all Music Canada Platinum-certified: Alexisonfire (2002), Watch Out (2004), Crisis (2006), and Old Crows / Young Cardinals (2009). Crisis debuted at #1 on the Top 200 Soundscan (Canada), and Old Crows / Young Cardinals debuted at #2, and charted at #9 on the US Billboard Independent Album chart. The number of albums made outside of Alexisonfire by different band members over the years – including City and Colour, Dead Tired, You+Me (with pop icon P!nk), Dooms Children, and Billy Talent – could fill several record store racks.

The mix of classic Alexisonfire and newfound textures of “Sweet Dreams Of Otherness” became a roadmap for the rest of the record. Dallas Green’s engaging croon; the urgent attitude of Wade MacNeil; the heavy bellow of George Pettit; all anchored by a mix of vulnerability, confidence, iconoclasm, and celebratory recklessness. As every Alexisonfire song persistently expands and contracts, bassist Chris Steele and drummer Jordan Hastings remain impossibly tight, locked into unrelenting swinging grooves.

Alexisonfire produced Otherness themselves in roughly a week. They kept it a “family affair,” working closely with folks who’ve been with them for years. Writing took place at the Dine Alone Records clubhouse. The album includes organ, keys, and pedal steel from Green’s longtime collaborator Matt Kelly. Jill Zimmerman and Darren “Jeter” Magierowski (who is also Steele’s cousin) engineered, at Jukasa Recording Studios.

“The biggest difference is the space we are all in. We were all really thrilled to make a record, and it was such a respite from what was going on in the world. It felt like life could be beautiful,” Wade MacNeil says. “We were supportive of one another. Everyone was in such a good mood. It was such a treat to be able to do it again.”

As Revolver Magazine noted in 2019: “It’s hard to overstate the influence Alexisonfire had in post-hardcore through the mid-2000s, their combination of singing and screaming setting the blueprint for many artists to come.” Five guys playing aggressive rock (with no less than three of them singing and screaming) grew to a hockey-arena headlining phenomenon while pushing and pulling between spirited guitar leads, melodic might, and emotional weight.

“As much as we love playing the old songs, we don’t want to be a nostalgia act. The only reason to come back is if we feel we still have something to say,” Pettit insists. “We spent so much time on the road thinking that if we stopped, people would lose interest. But when we went away, it only got bigger. We all carved new paths for ourselves, so coming back to Alexisonfire is a purely enjoyable creative venture. Something special happens when we get in a room together.” 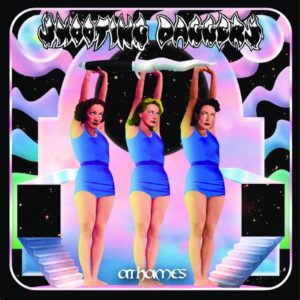 Shooting Daggers Athames – Self...
Copyright 2017 Devolution Magazine. All Right Reserved.
Back to top