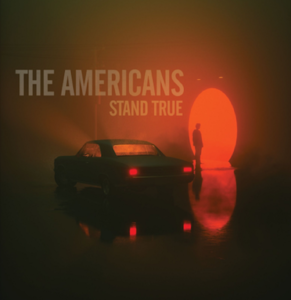 Indicative of The Americans’ modus operandi Stand True begins in understated style with haunting acoustic guitar introducing the title track. Almost imperceptibly layers of sound are added and before you realise you are totally submerged in the band’s world. This album comes liberally soaked in Americana and you can hear Springsteen and Seger at its core along with more unexpected influences such as Television (especially their Marquee Moon opus). In fact, Stand True would make the perfect soundtrack to a David Lynch movie; it’s slightly unsettling and if you peel back the veneer of tracks such as ‘Farewell’ and ‘Romeo’ you reveal a dark, nocturnal world. It’s a cinematic listen and is akin to a midnight stroll through a rain-soaked, neon-lit metropolis. Stand True is your guide through the city with each song being a vignette of the characters you encounter. While much Americana has a whiff of nostalgia about it and harks back to some mythical past Stand True has its sights set firmly on the future and The Americans are bringing the genre, kicking and screaming, into the twenty-first century. 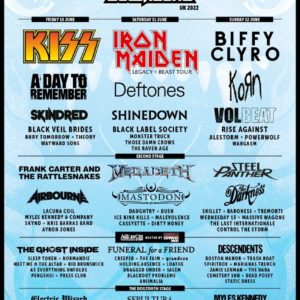 Download Festival – The Boardie Takeover - June 8th Are you heading to the spiritual home of rock this year? Are you going...
Copyright 2017 Devolution Magazine. All Right Reserved.
Back to top