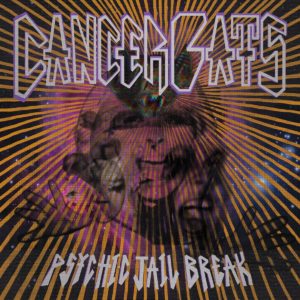 Canada’s Cancer Bats don’t deal in subtlety and if you need proof look no further than opening shot ‘Radiate’. The musical equivalent of a street fight it’s a lethal cocktail of gnarly vocals, pounding drums and raucous riffs. Landing a succession of heavy blows, it offers little in the way of respite, but what did you expect from a bunch of musical hoodlums who cite Black Flag and Entombed amongst their influences? Nevertheless, they’re a likeable bunch who peddle a nice line in sludge/hardcore crossover and it’s a sound that’ll appeal equally to metalheads and spiky punks. Encased in a ball of glorious distortion ‘Friday Night’ captures the excitement of said evening and it’s an explosive number that’s sure to ignite mosh pits wherever it is unleashed. But they do slower songs too and, dragging itself along like a wounded Golem, ‘Hammering On’ does exactly what it says on the tin. Psychic Jailbreak was born from the frustration of lockdown and that anger has been channelled into the title track, a red raw, sandblasted closer that finds the band departing in a blaze of sonic fury. Which is exactly where they came in… 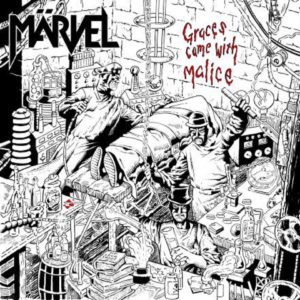