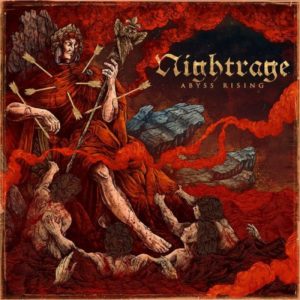 The final in a trio of albums inspired by Dante’s Inferno Nightrage’s latest arrives with little fanfare, just a thunderous drum roll that finds the title track tumbling from my speakers like a rockfall. Followed by a maze of complex riffs ‘Abyss Rising’ is not for the faint hearted as the band proceed to whip up a musical maelstrom with a sound that swirls like a raging tempest. Ronnie Nyman’s throat shredding vocals emanate from the very depths of hades while Francisco Escalona’s basslines land well aimed blows at your solar plexus. However, this Greek/Swedish combo aren’t all about pure bludgeon and there’s plenty of light and shade to give Abyss Rising texture. Ethereal solos float atop crushing beats and groovy sections nestle next to all out thrashers and these opposites echo throughout, each acting as a mirror to highlight and enhance the other. Punctuated with beautiful instrumentals and interludes this is a record that ululates as if a boat on a stormy sea and you may feel a little giddy at its conclusion (but in the best way). After numerous line-up changes it seems Nightrage have finally hit the right combination and Abyss Rising finds them soaring, phoenix-like, towards greater heights.

Interview: Confess " I chose to write and sing in English because our topics are about worldwide problems." 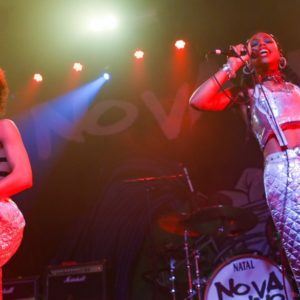 Nova Twins/Cherym Rescue Rooms, Nottingham – 10/2/2022 They’d only just flown in from Derry for this show but Cherym...
Copyright 2017 Devolution Magazine. All Right Reserved.
Back to top