With their highly acclaimed debut outing Metamorphosis making record of the year lists near and far Ward XVI can be forgiven for actually becoming asylum inmates given the heart breaking postponements the launch party has endured. The upside is that at least everyone attending at Manchester’s Academy 3 didn’t have any excuses for not knowing the words. 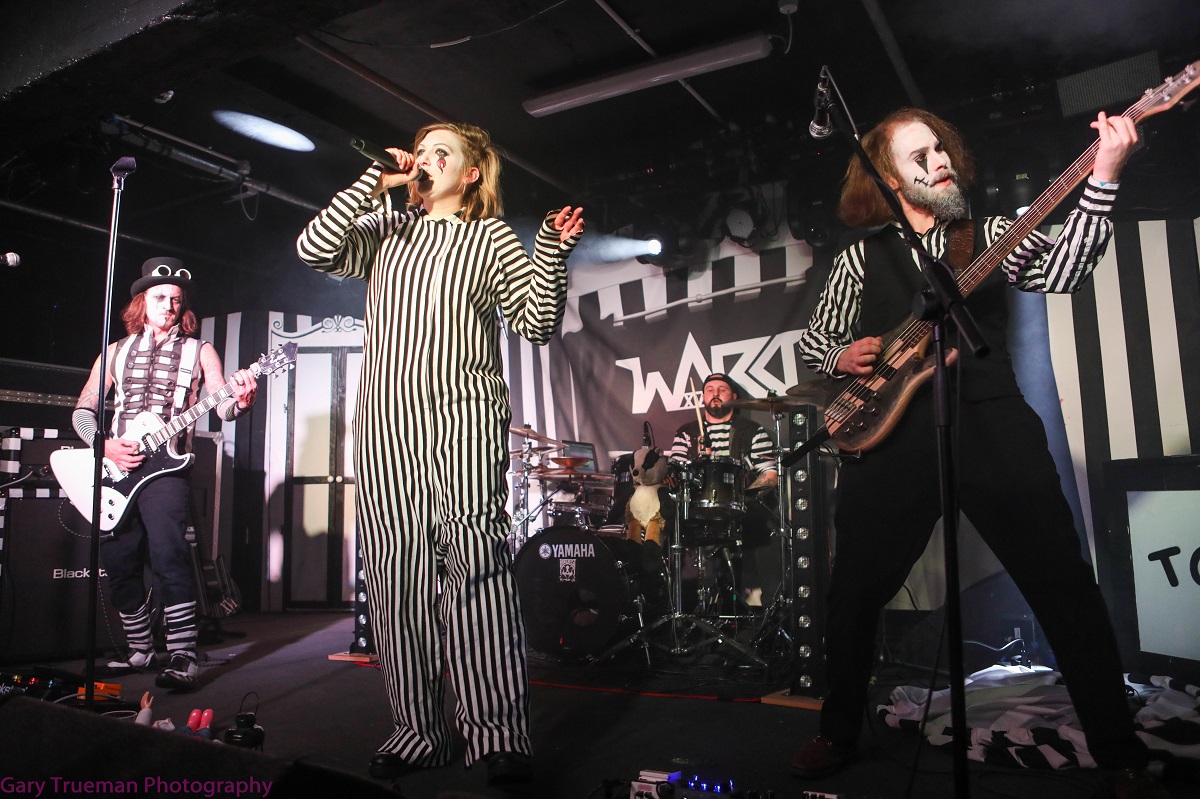 First up on what has to be one of the line ups of 2021 are party core animals Pulverise. They play with heavy grooves, big hooks and massive smiles, and are all the more loveable for it. Bringing hard core and modern metal elements into what is a very accessible sound is borderline genius. Think a hard and heavy Skindred with the reggae swapped out and you get the idea. The music is full thanks to some great twin guitar work. The rhythm section is a beast all on its own and boasts one of the most excitable and happy drummers around. Up front Jojo Milward’s rasps are deadly. Pulverise are the perfect openers tonight, getting the crowd rocking. Bigger things beckon. 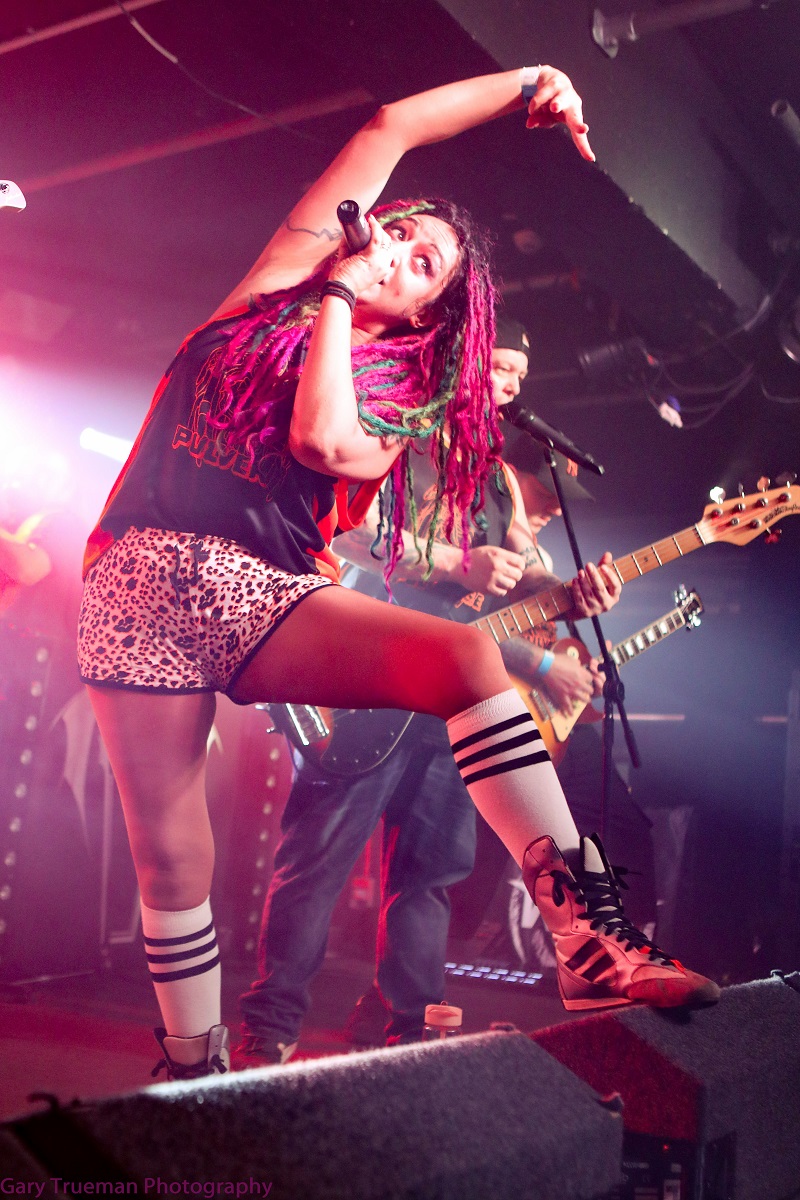 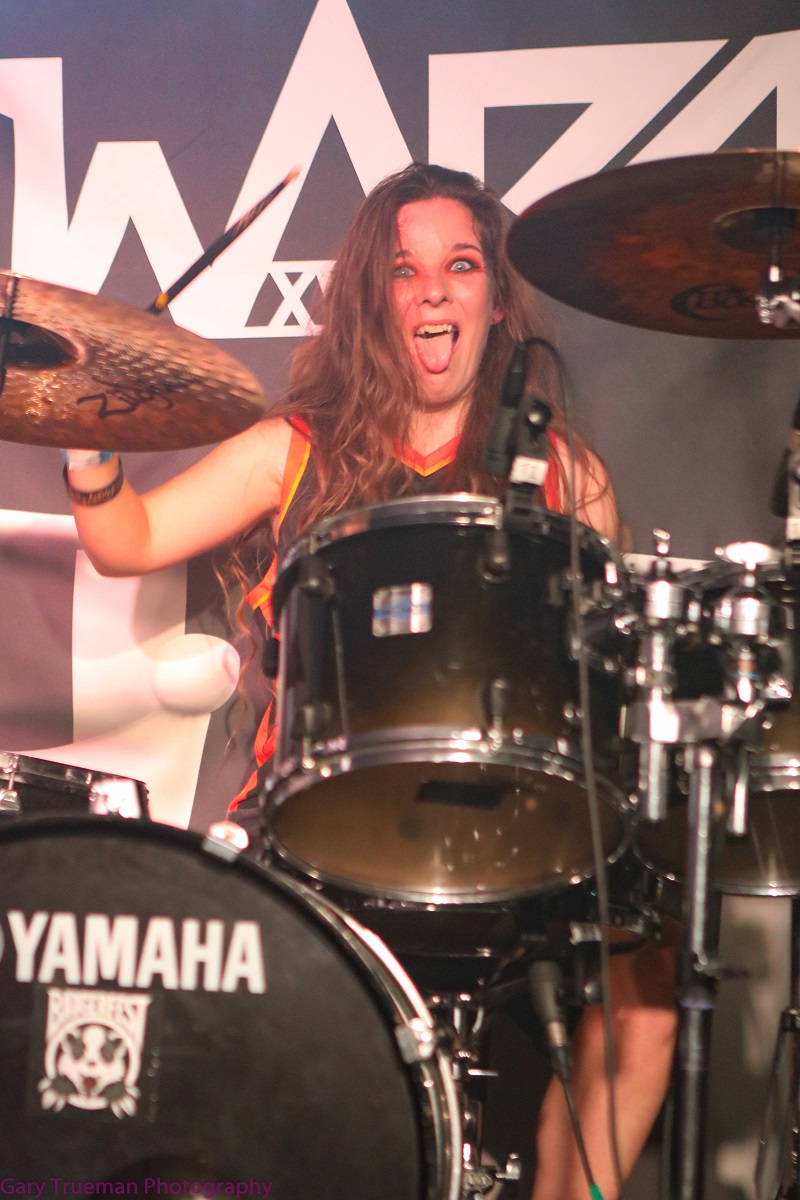 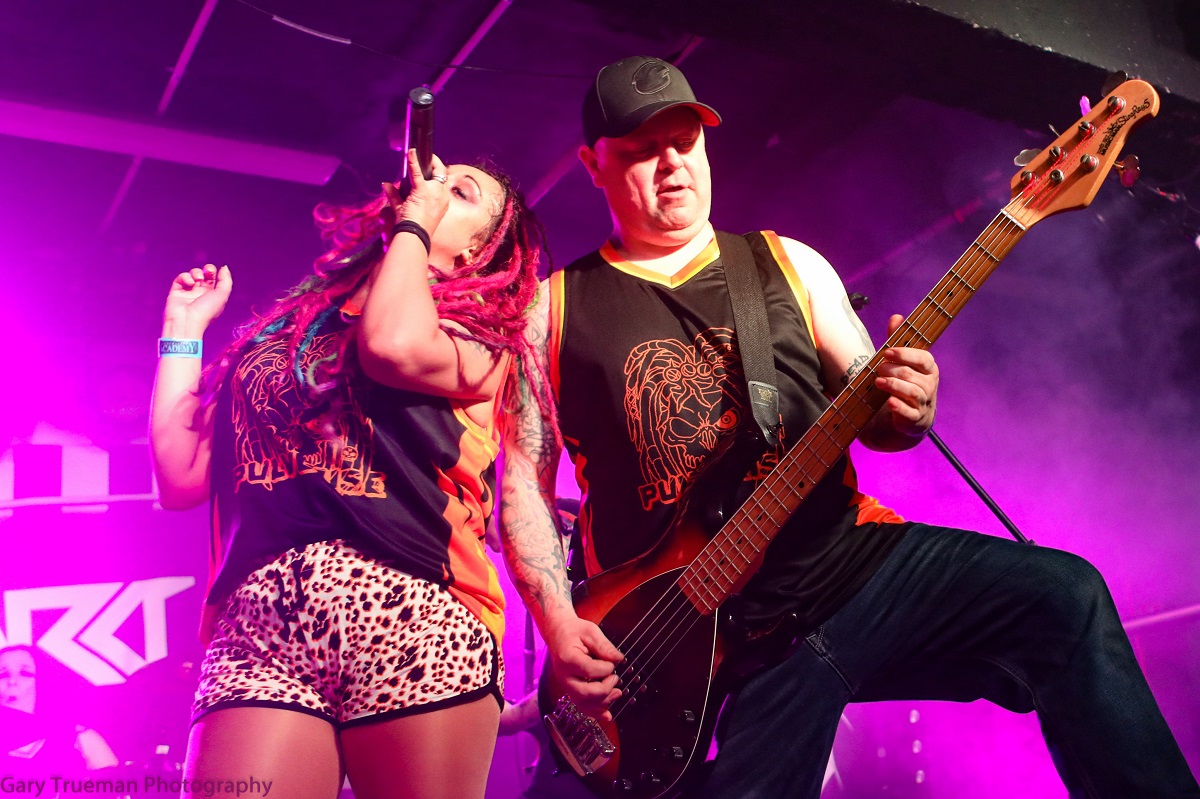 Hard rock is a bit of an enigma. It’s a cornerstone of alternative music but has almost become a parody of itself thanks to acts that dwell on the past. Yes there’s a look that’s requried, yes the songs need to sound a certain way, but so many just don’t get that when you pay too much attention to the rear view mirror you forget where you’re going.  Enter South Of Salem who are justifiably making a lot of waves on the scene right now. They have morphed the old school into a street savvy forward facing tour de force that simply rocks. Do they look the part? Yes absolutely, but, the image you see is now not then. Do they have the tunes? Oh boy! Yes! It’s all riffage, slick little solos and punchy arrangements. And then there’s Joey Draper’s commanding performance on vocals. His voice is on point and his demeanour demands you pay attention. South Of Salem are the sound of the future built on the foundations of the very soul of rock. They could be unstoppable. 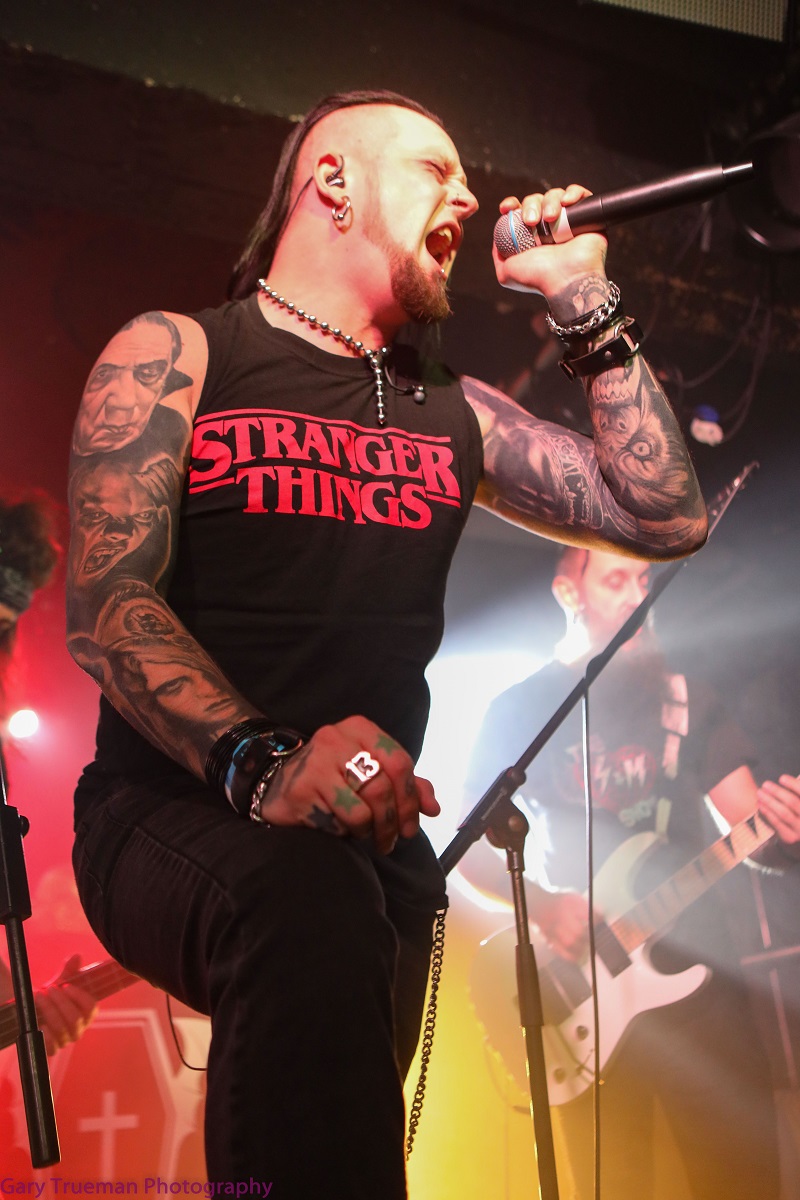 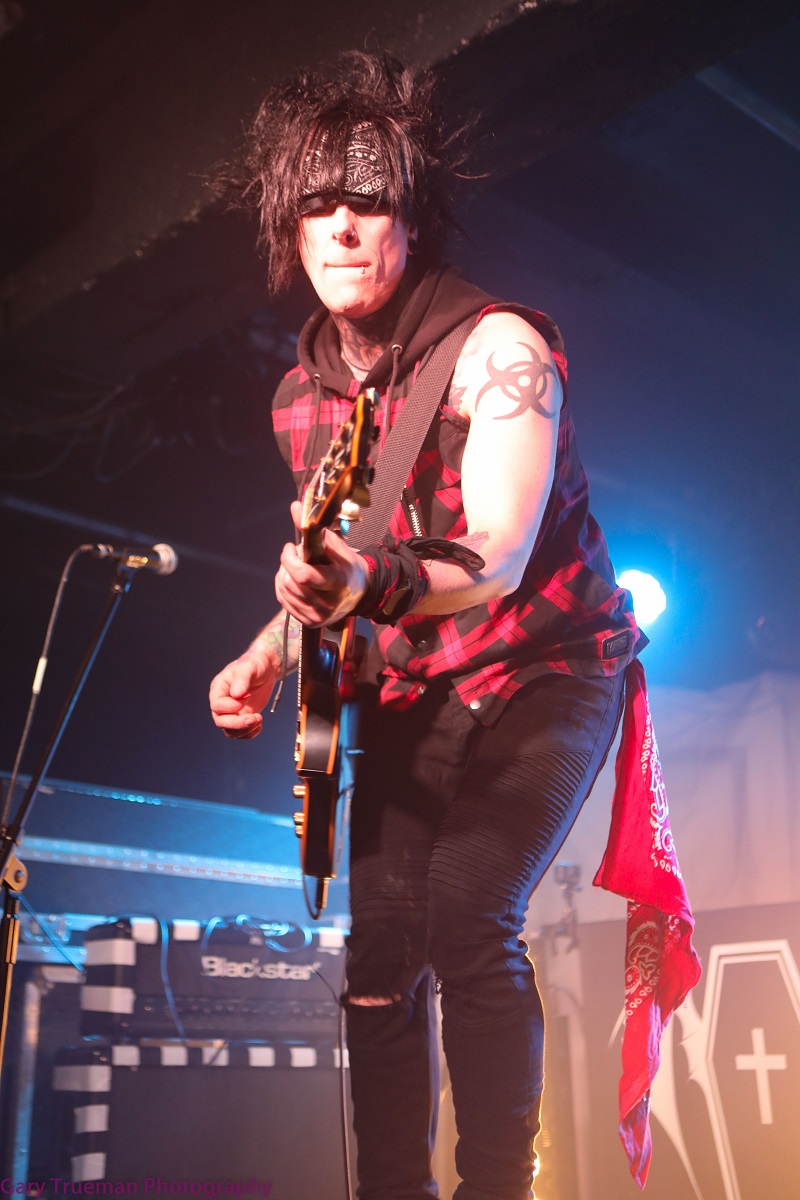 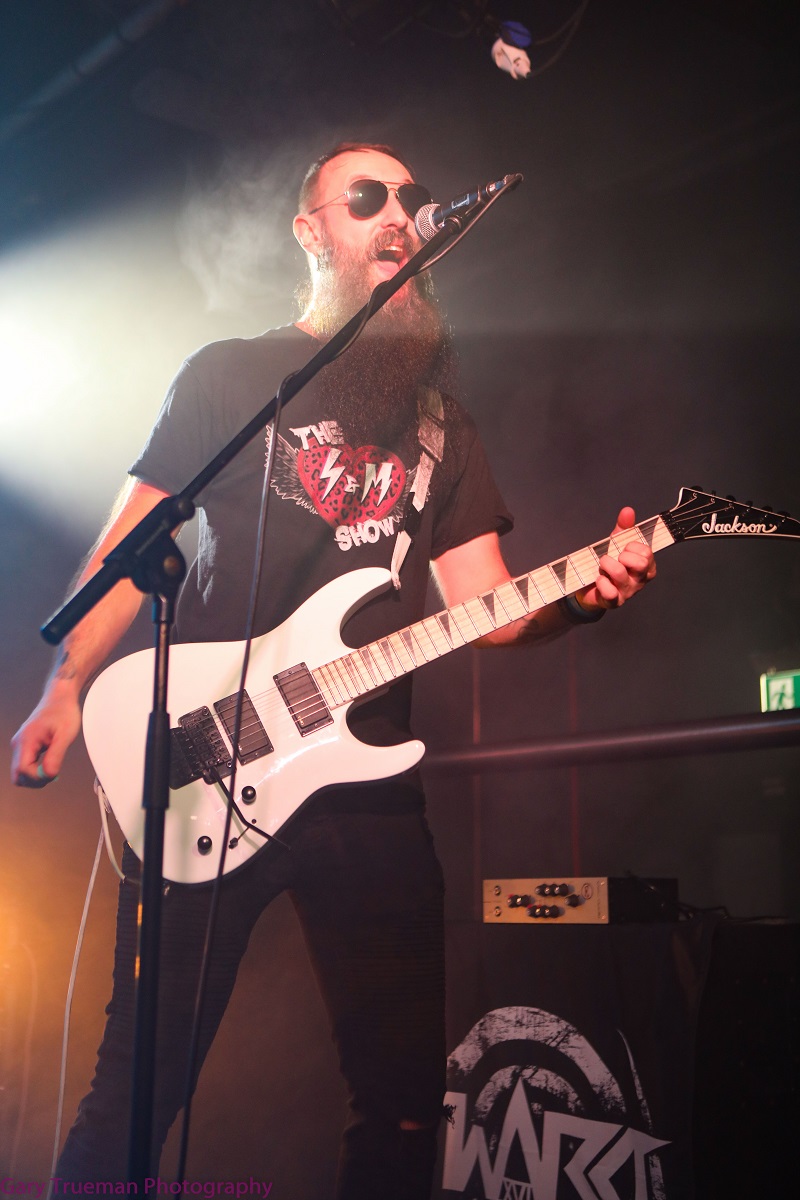 Ward XVI cannot wait to play their belting Metamorphosis album to a live audience. The fact they’ve been forced to has just made this night even more special. Boasting a set of props possibly larger than many full time acts you just know you’re going to be in for a treat. Themed in stark black and white this is theatre as much as a gig. You’ve got great costuming, some wonderful set pieces and of course a record of high quality played through in full. Psychoberrie’s turn at the mic is powerful and suitably deranged. The story telling is a really important part of this show which has elements of empowerment, sadness and horror. It’s a metal ‘dance macabre’ and it draws you into a rabbit hole that has you transfixed. Balance is integral to maintaining interest and Ward XVI prove to be masters at it. You have a wave of songs interspersed with acting and linked cleverly using samples and props. Mention has to be made of both the way the music is played including those links and the use of ‘extras’ who fill the stage with visual delights. Everyone gets a chance to shine too. Drums and bass push through dramatically and the guitar shreds just enough to make itself heard without getting all self-absorbed. Lemmy once said “People don’t want to see the guy next door on stage; they want to see a being from another planet.” Ward XVI have taken that statement and made it their mantra. The worrying thing is they’re from this planet. Welcome to the asylum! 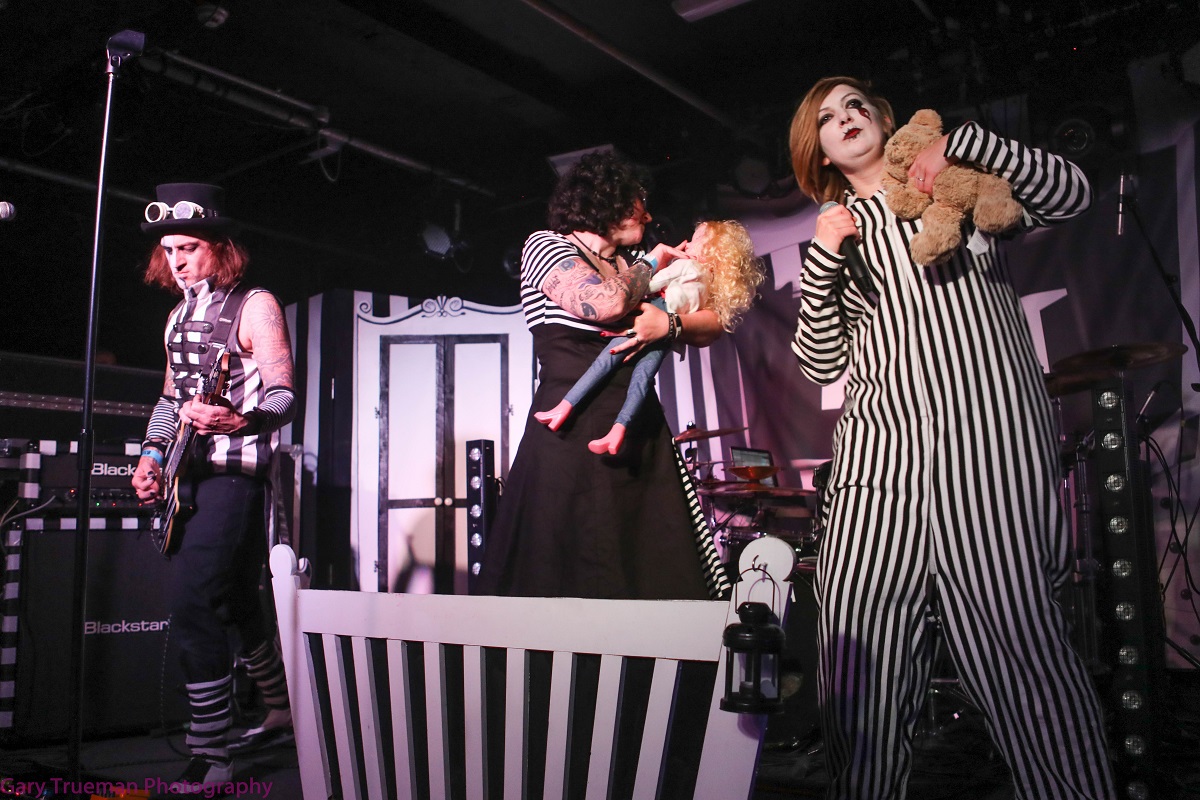 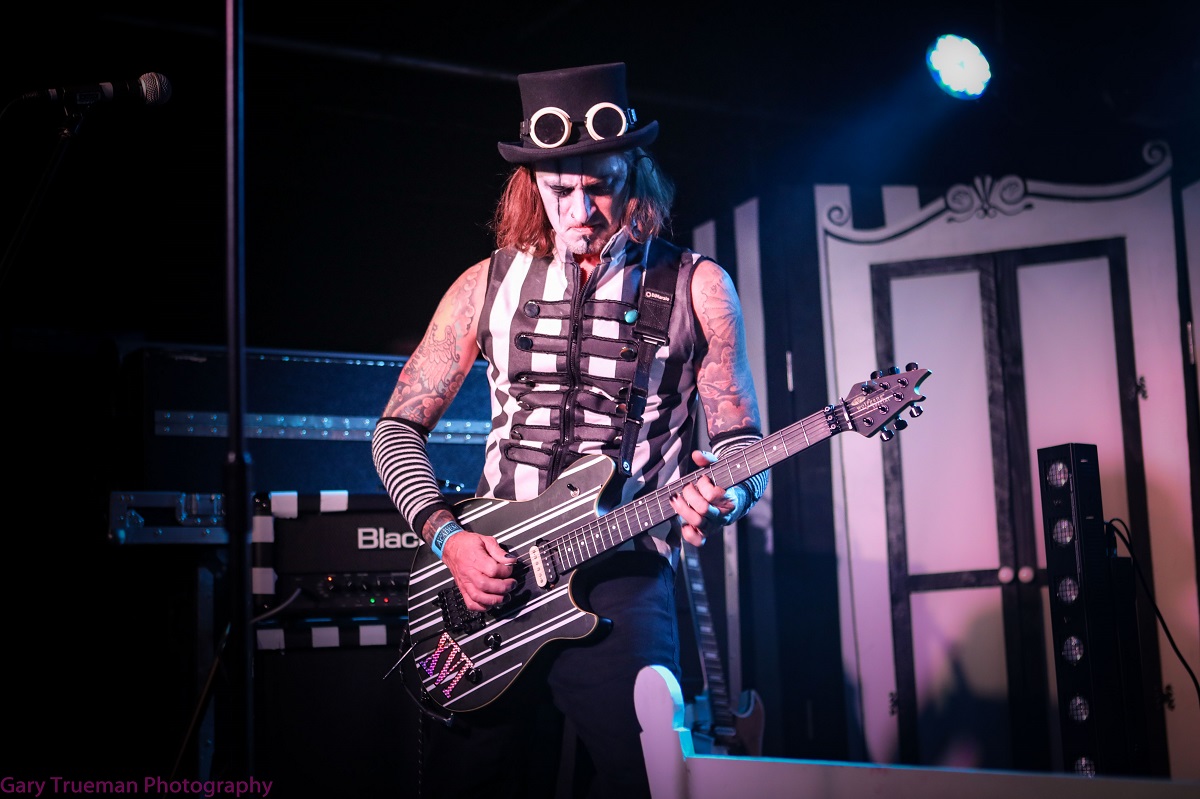 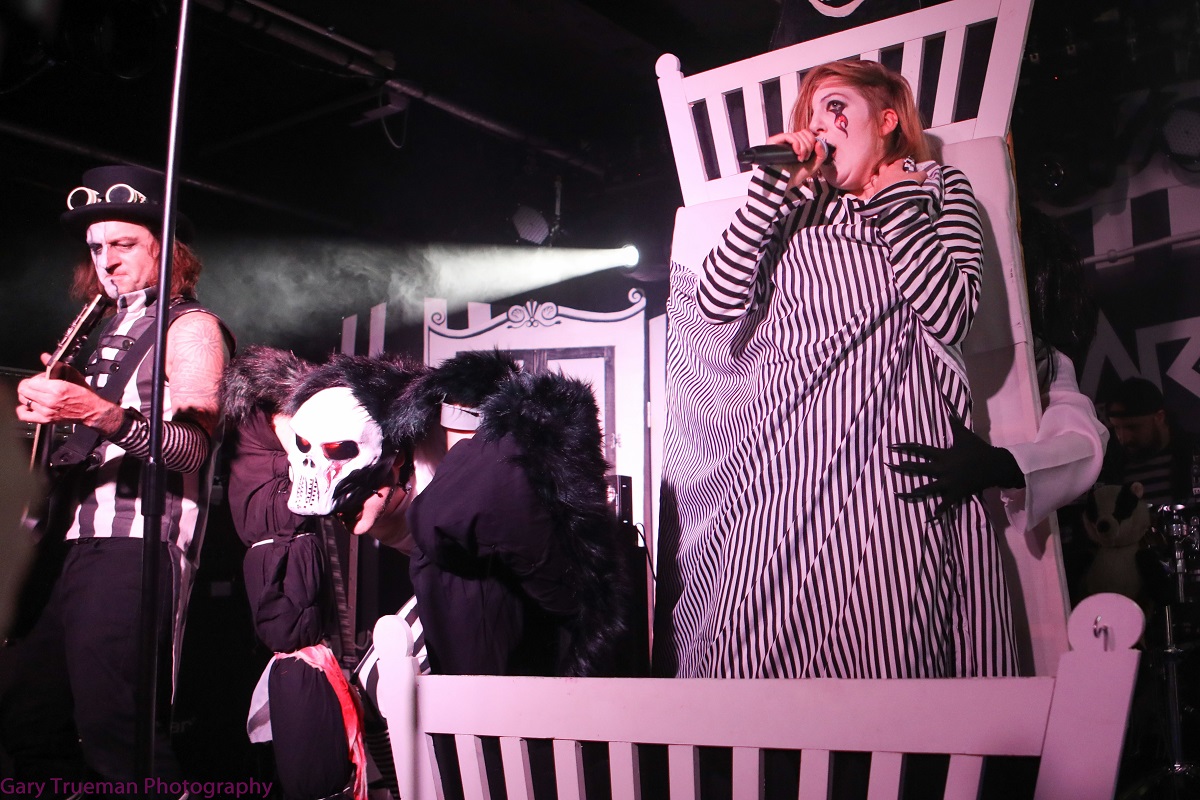 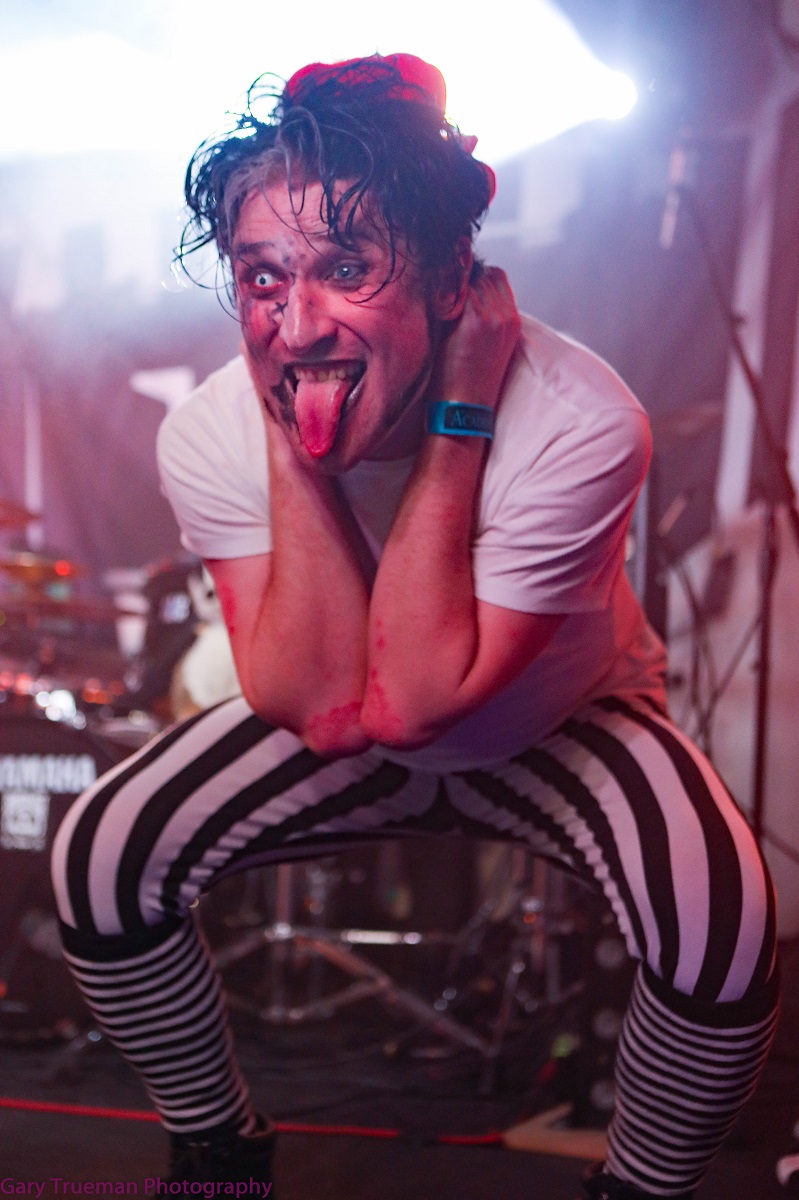 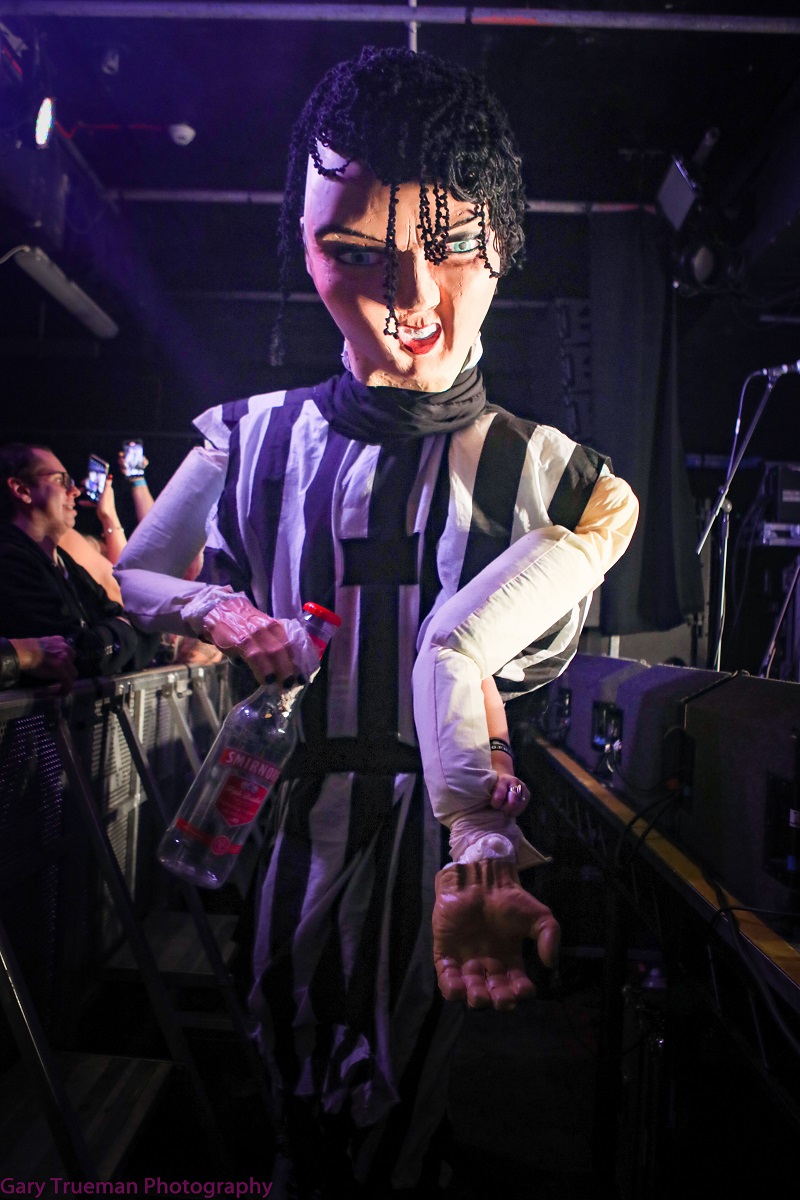 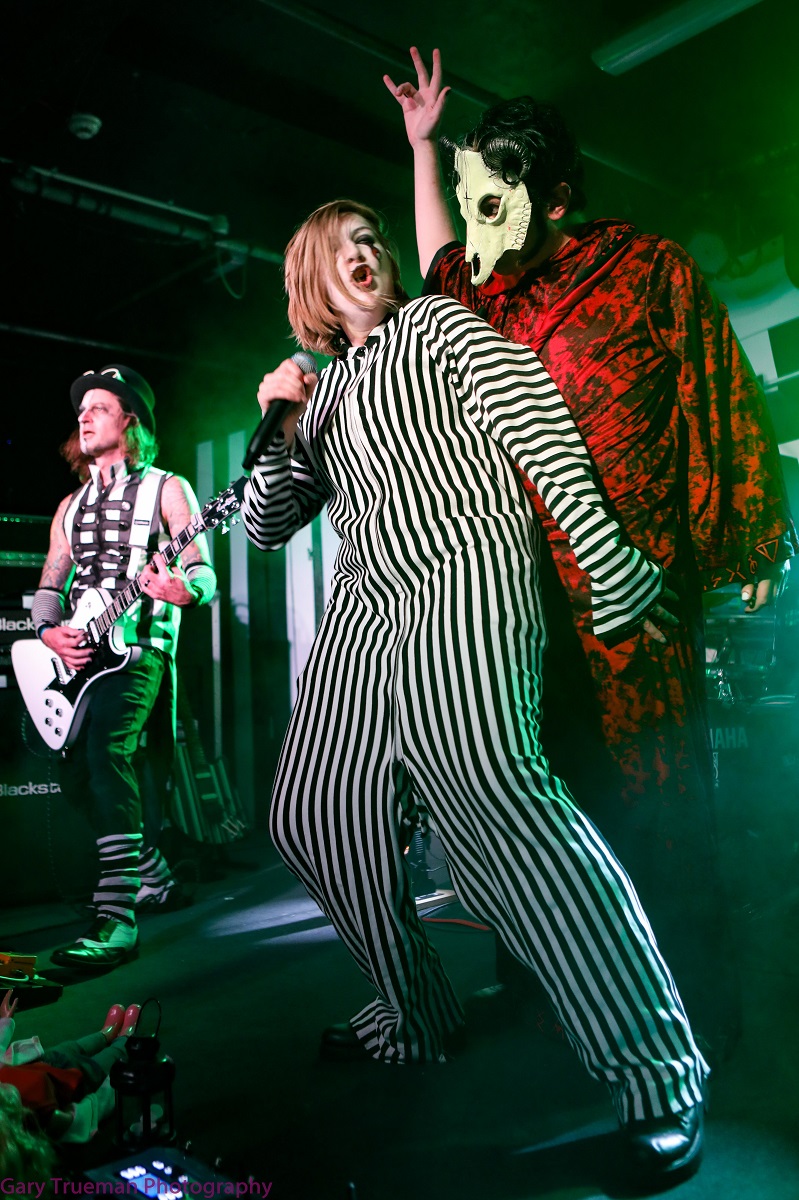 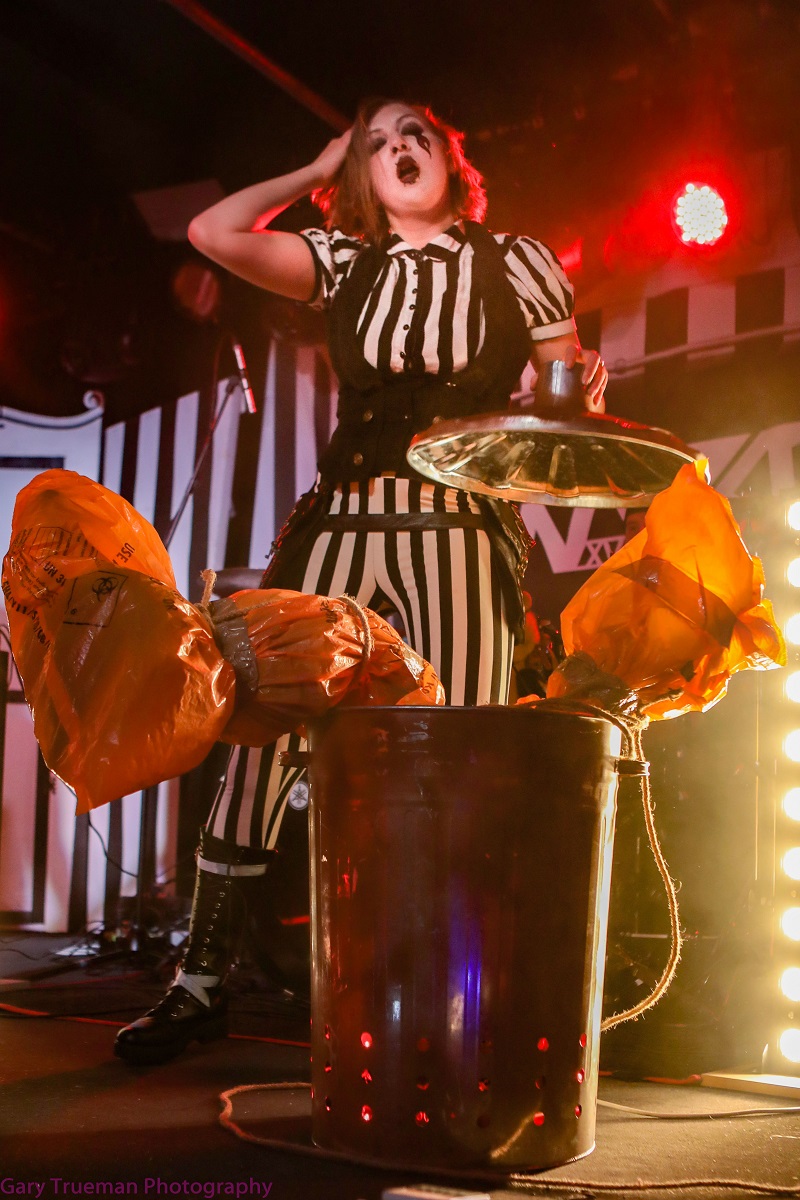 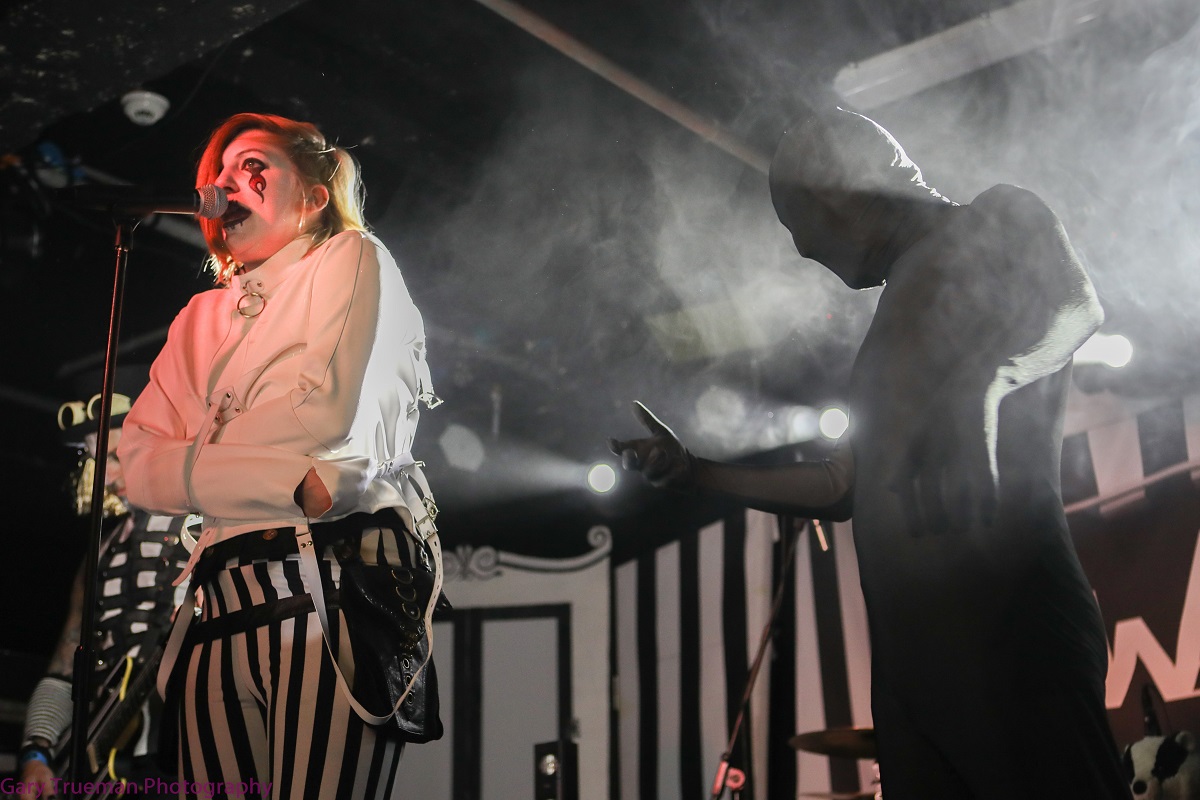 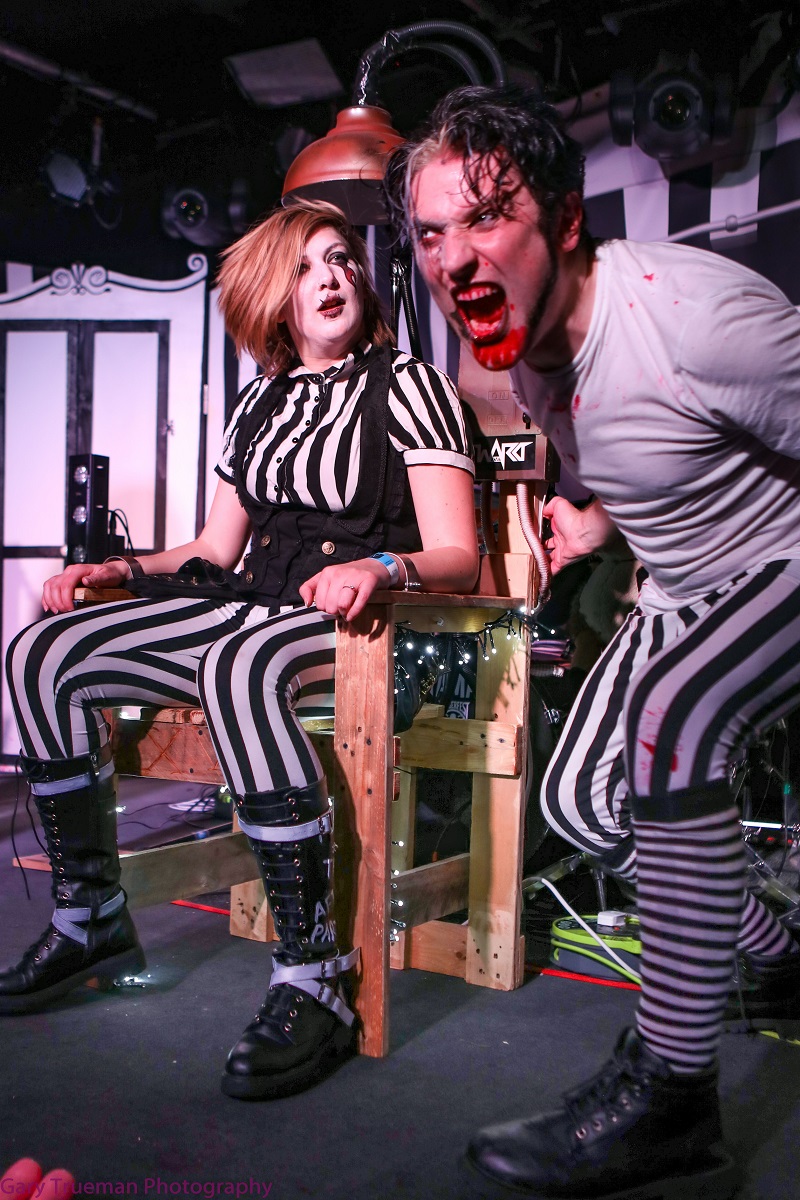 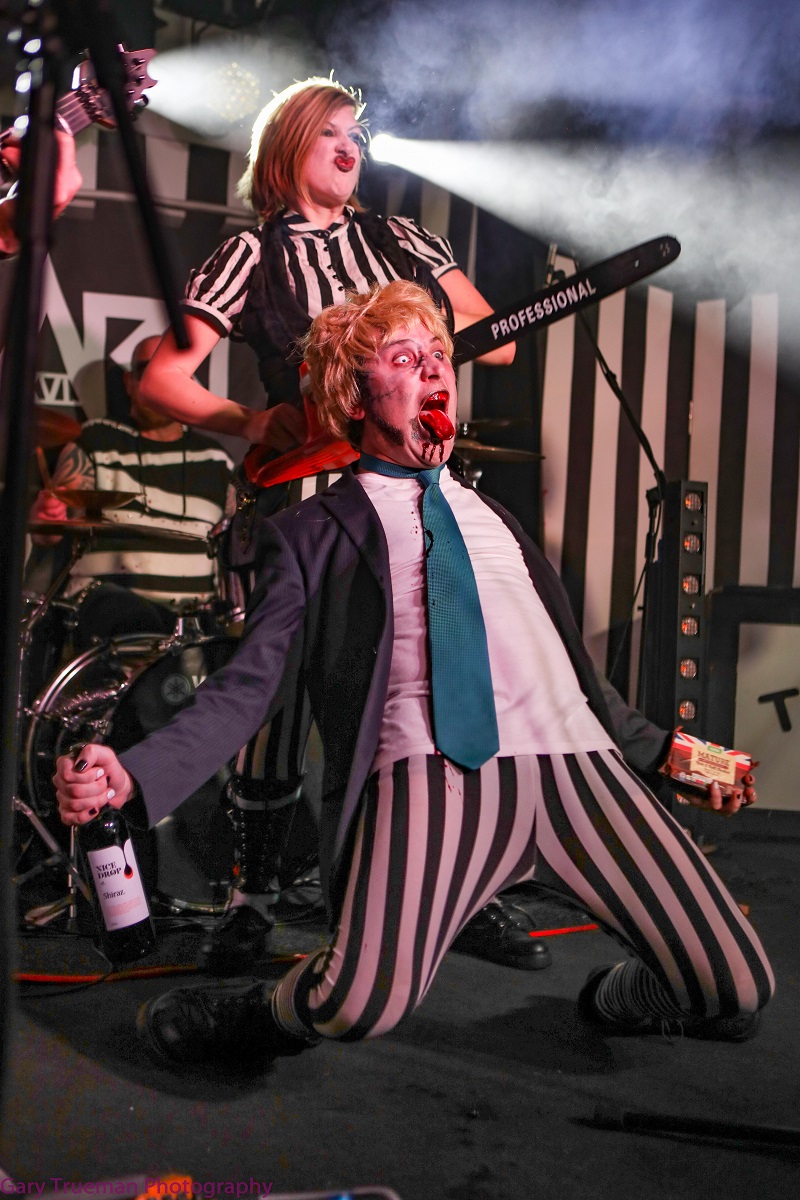 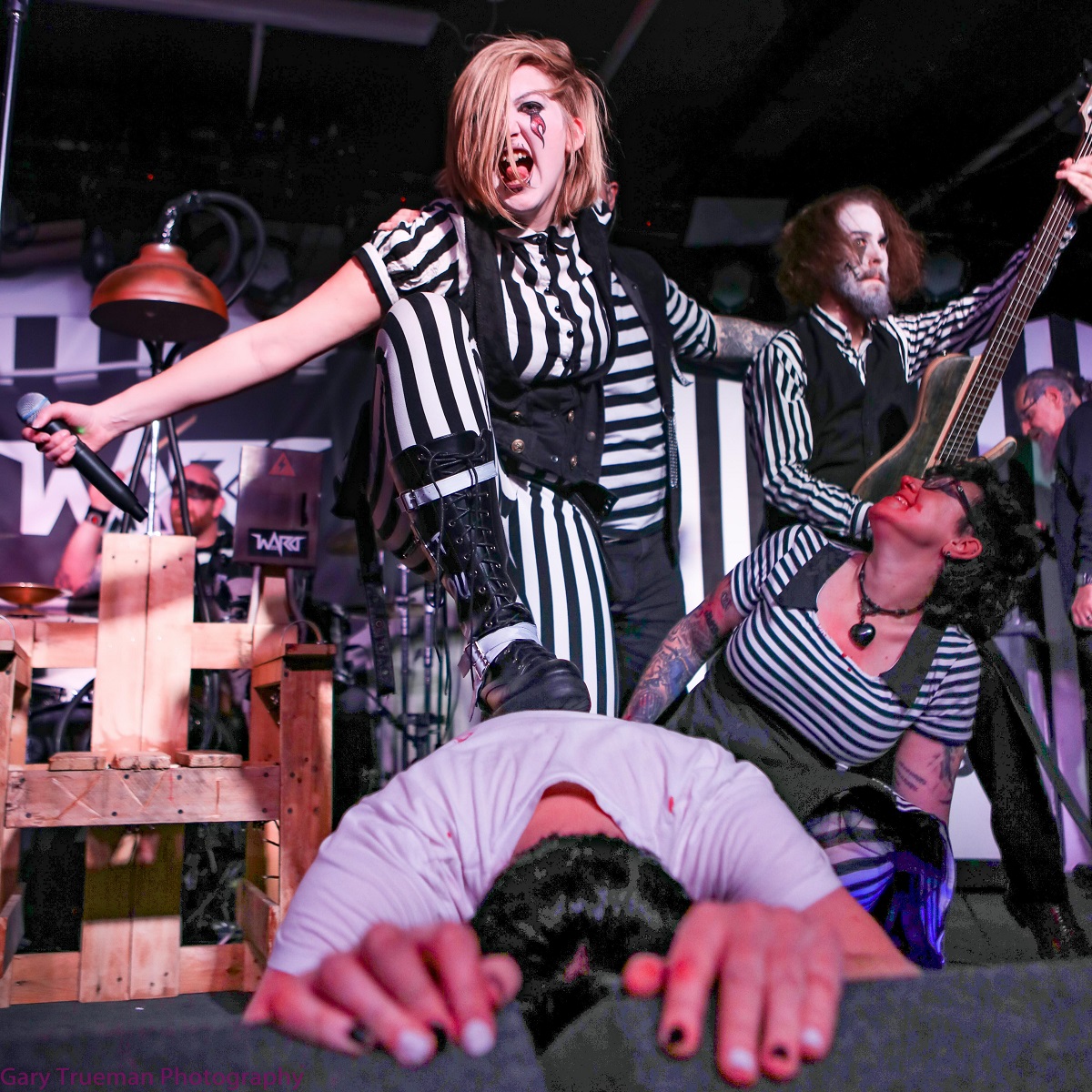 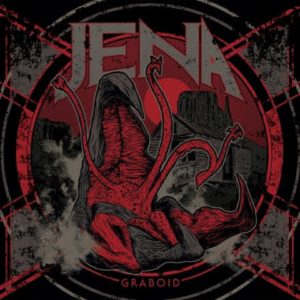