Hailing from that bastion of musical heritage Peterborough Scumbus (Rob, Elliot, Taff and Tim) are part of a new wave of fresh full on punk rock acts that are much needed if the scene is to survive. It hasn’t been an easy journey but now things are starting to look much more settled for the likeable four piece. Gary Trueman chatted to the guys about line up changes, new music and why music has to evolve. 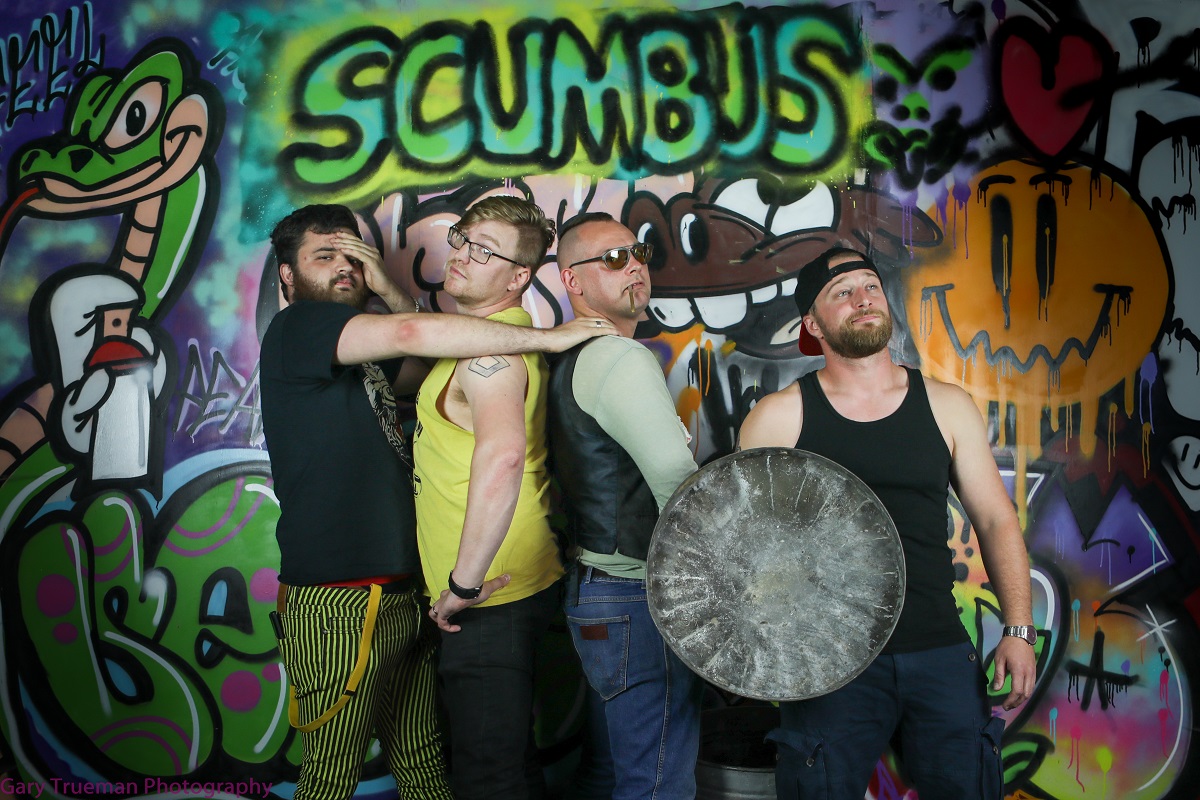 We need to talk about the line up first.

So the old line up has gone apart from Rob. What happened to bring the rest of you guys in?  And let’s have a roll call…

“We had a few issues that went on in the band and everyone separated off.  Elliott then came into the band and he’s our rhythm guitarist. Then over time we got Tim in who’s our drummer. And then Taff came back who is our original bass player. Rob is still here too.”

So it’s a mixture of new people and old band members?

“Yeah, Elliott’s been in the band before as well. It’s just a case of getting the right people at the right time in the right places. We’ve got a good mix of personalities in the band so we all gel really well together. We have good fun at gigs and we hang out outside of shows as well. It’s a big thing to be able to just hang out outside of shows and the music scene. We think it’s the best line up we’ve had. It does help that Tim is a solid drummer which you need as they’re the backbone of a band. Rob’s kept it going since day one. It’s finding the right people and this is the most successful line up Scumbus has ever had.”

Do you still play the old songs that were written by other people or do you just stick to new material?

“It’s sort of a mix really. We had a singer beforehand who wrote a lot of the earlier stuff. We found the easiest way to make it work from Rob’s point of view was to re-write the songs as he sings in a different style. So we’ve kept a lot of the older ones but tried to keep them fresh and relevant.”

Presumably you can also tweak songs, adding new parts to them as well?

“Tim has tweaked a few and put a different spin on the drums. Taff has a totally different bass style now to when he was first in Scumbus. It’s a balance of adding some stuff but not too much. With this line up we work together and communicate well which is a really good thing. The most important thing we’ve all learnt is that we’ve had to mature as people as well as musicians to make the band work. We’ve all fallen out with each other in the past. We’ve matured into a fine extra mature cheddar.”

Not a fine wine then?

So where are you at in terms of writing new material and recording?

“We’re doing a bit of everything really. We’re trying to focus on gigs as well as well as working on a new album. A lot of the songs we’ve already written and played live. We’re at that stage where we really need to get that penned in. We’re still writing new songs as well so we’ll have the capability to pick and choose when it comes down to the final recording stage.”

Any ideas when you’re going to be looking to put the album out?  Record this year release next year maybe?

“More than likely. We do have a live album we’ll be pushing out before we release the new album too.” 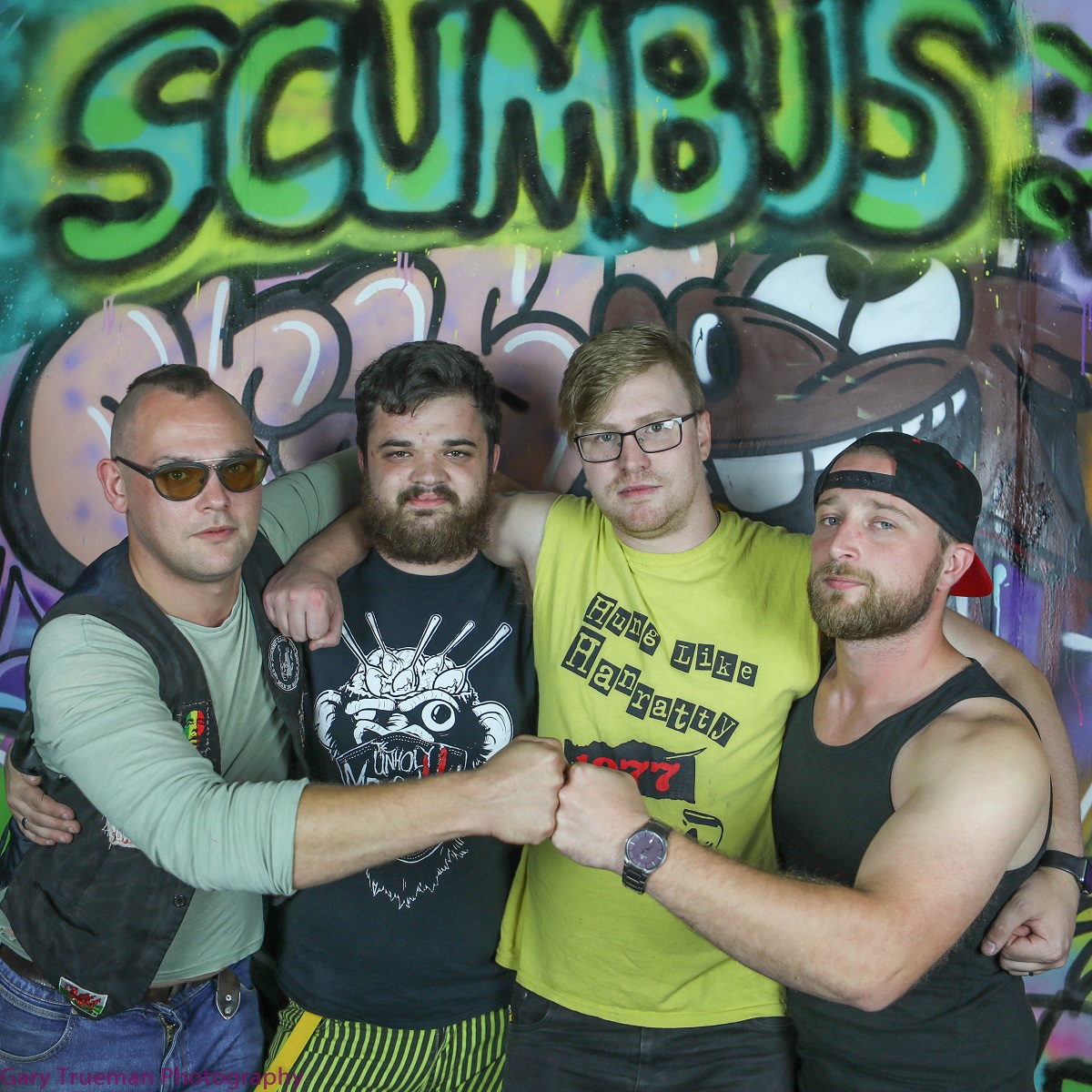 Things are opening up gigs wise now too so what are your plans and what do you have booked?

“We’ve got a bit of a break at the moment until November. We just want to play as many shows as we can because we love playing. We’re doing a couple of dates with Hung Like Hanratty and a couple of other bands of that sort of calibre which is great for us. It gets us out to a bigger audience.”

Do you find that bands like that also have you back which helps with stability bookings wise as well as exposure to a larger audience?

“That’s the biggest thing with Hung Like Hanratty, they’re excellent lads. When we’re playing with them they’re looking to organise when we’ll be playing together again next.”

“We’ll play anywhere and everywhere. It doesn’t matter if there’s a handful of people in the audience or 250. We are looking at maybe places like London and Scotland, even in the future beyond the UK. The situation as it stands at the moment is very unpredictable. In terms of punk you’ve got your big ones, you’ve got Rebellion and Butlins festivals.  Play them and that’s where all your fans are going to be. The bigger and better shows are the goal but we’re happy to play small venues.”

A lot of festivals are broadening their music styles for bookings too. Music too is less defined by genre than it used to be. That must be important to keep music fresh?

“It’s the evolution of music whether we like it or not. We’re an aging generation and music evolves with age and time. People should keep pushing the boundaries because that’s the only way music evolves. Four or five years ago we used to play with a death metal band in Wisbech and although our styles were very different but you’d still get fans watching both bands. You’ve got to broaden yourself, it’s the way music works these days. With Covid as well people are going to shows just to see live music rather than going to see a specific genre. We’re picking up fans that we’ve never seen before that have just turned up at a show out of the blue. People have a lot of trapped energy and the best way to release that energy is a good old punk rock show.”

You get offered to play a gig where each of you get to choose one band to add to the bill. Who do you choose?

Rob: “NOFX hands down. They’re just the biggest influence for me. They’re not the most politically correct band and they’ve had a bad rep recently because Fat Mike doesn’t shut his mouth. But they’re an amazing band all round.”

Elliott: “Mine’s the opposite end of the spectrum.  I’d like Blink 182 or Green Day. It goes back to my musical background when I started listening to all the pop punk scene before I got into full punk music.”

Taff: “I’d say Rancid. When I was young I’d pick music up from old mix taped lying around and Rancid were one of those bands.”

Tim: “I’d say Rise Against because I have a lot of respect for their drummer and I jam to their songs when I’m at home on the kit.. There’s good pace to it and I take a lot from it. Them or Rammstein because they have the best shows.”

With many original acts gone or near retirement it’s important that new artists stand up to be counted. Punk rock needs new blood. Scumbus could well have found their mojo at just the right time. 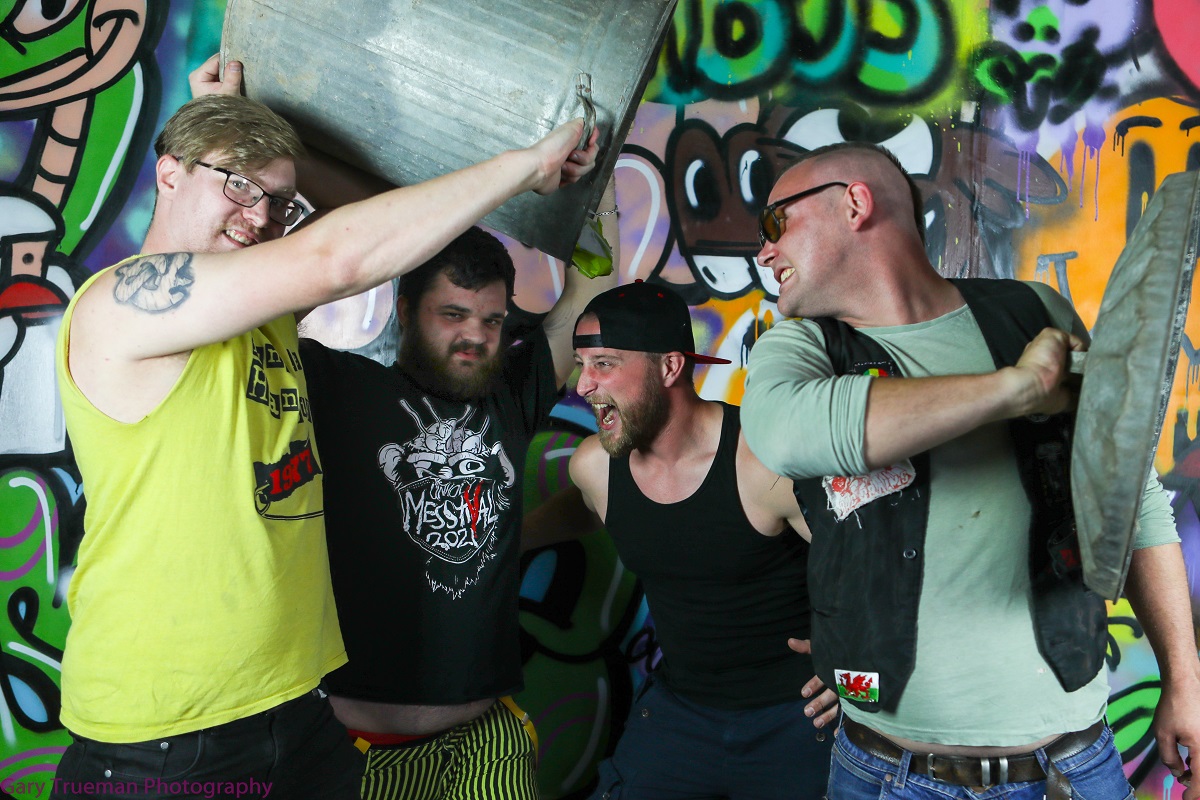 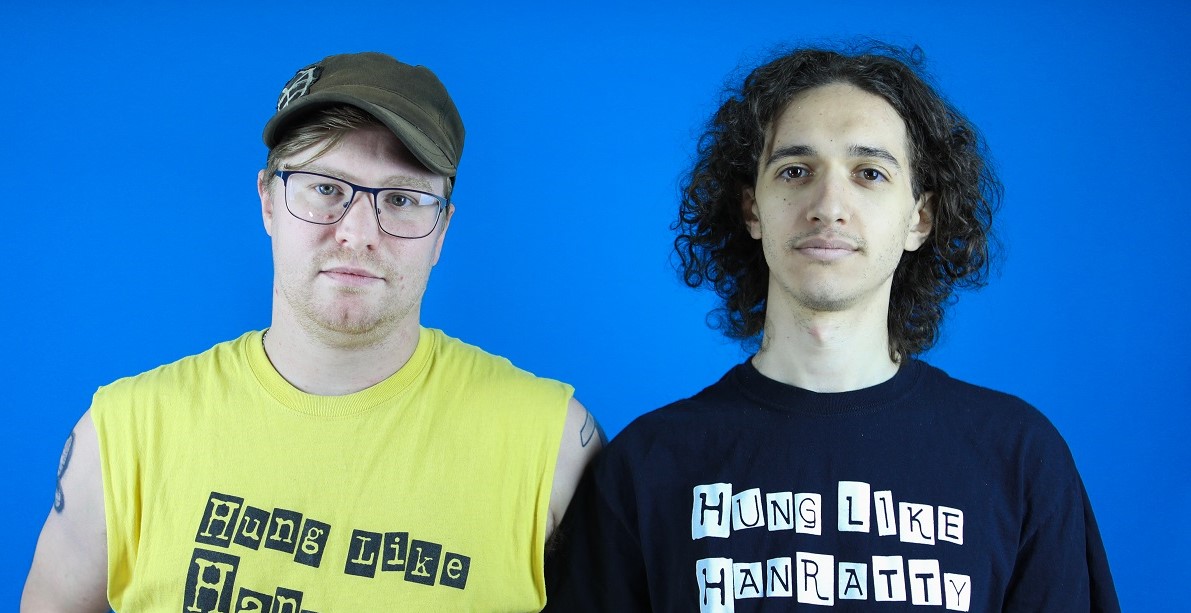 Interview: Scumbus “We’ve cut down a lot on just relying on swearing to make a point.”

The Sisters Of Mercy - Supports Announced For Roundhouse Shows Jesus Jones, A.A. Williams & I Like Trains To...
Copyright 2017 Devolution Magazine. All Right Reserved.
Back to top