Interview: This Party Sucks “Playing the Messtival was such a godsend.”

The joy of discovering a new act that just blows your socks off is one of the real thrills of being a music lover. And so to This Party Sucks playing an afternoon slot at the Unholy Messtival. The pop punkers put in such a frantically stunning performance that Gary Trueman just had to have a chat with them after their show. Up for discussion was the band origins, new music and post lockdown fitness levels. 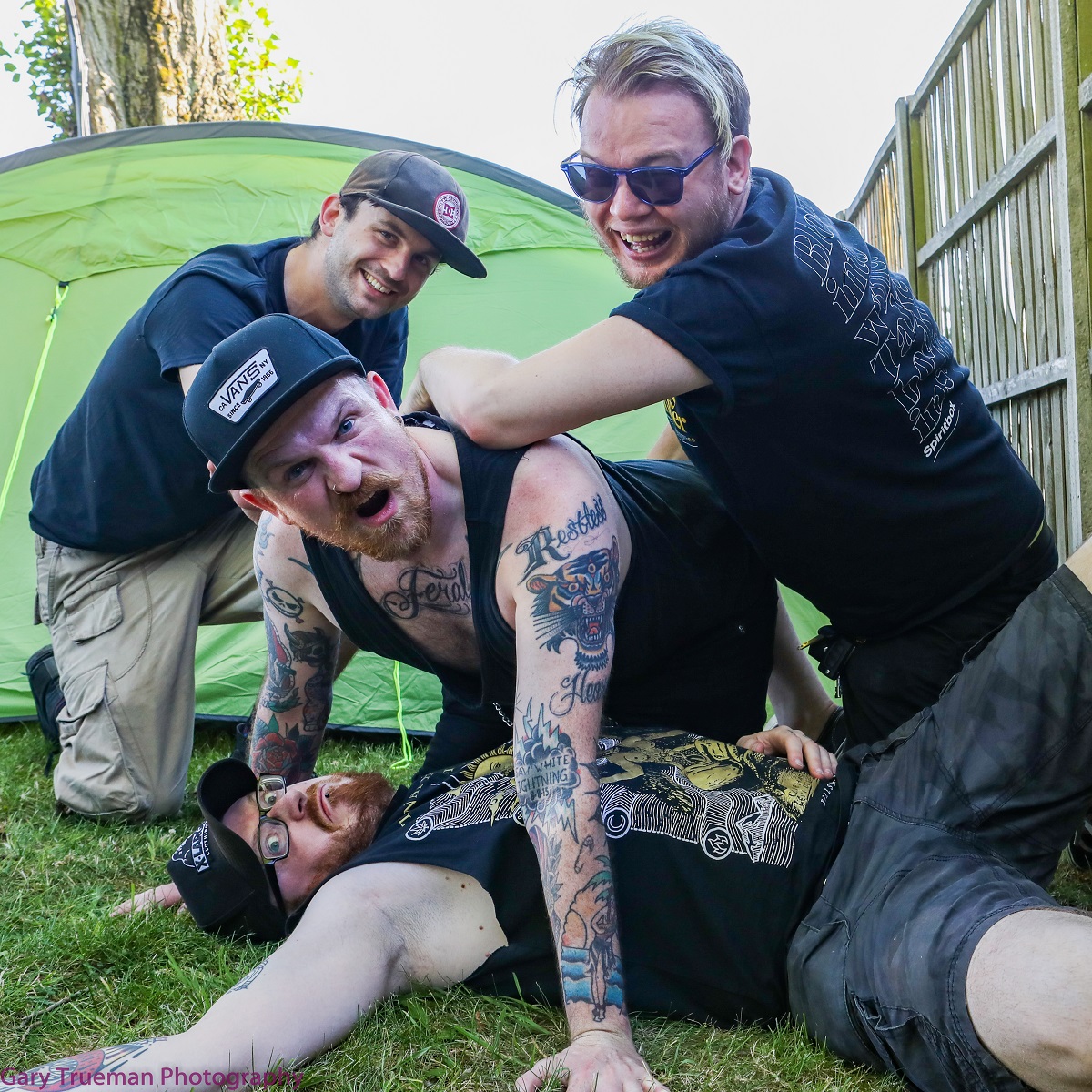 Just a quick introduction to the beginnings of This Party Sucks to kick things off.  Where are you from and how did you meet up and get together?

“We’re based in West Yorkshire, from Bradford, Halifax and Leeds. Someone we know put Rik in touch with Tom and they arranged a rehearsal. They got together and wrote two or three songs in a couple of hours which was weirdly easy. So then they went about finishing putting the group together asking for people who wanted to join a pop punk band.”

So musically, you just said, you’re pop punk. You’re a lot more than that though. You’re faster and heavier than what some would think of as pop punk but you keep the melody and fun dynamic. It’s Yorkshire pop punk isn’t it?

“That’s because after Sam joined we sped everything up and made it louder. And we have a new batch of songs from when Matt Joined. So there’s his influence which you can tell straight away because it’s more punky. For instance the ska song we played at the end of our set today is something he wrote. It’s ridiculously catchy. We’ve got some songs he’s written we don’t have in our set at the moment that we have plans to record. We’re as bit of a mish mash. Tom is pop punk, Rik got into it through the Ramones and then Blink 182.  Sam our drummer is more hardcore. Then Matt is more ska influenced and two tone. Put it all in a pot and you get this mess. Us.”

Where are you in terms of recording? You’ve put one EP out but anything more in the pipeline?

“We have the EP and we’ve recorded another five songs. The intention is to either make it an EP or release it as separate singles. We’ve been looking at our schedule for gigs coming up and it turns out September is a quiet time. We’ve got a lot of gigs lined up for other months. So in September we’re going to try and get in the studio and record more songs. Whether it be an EP or a couple of Eps or an album, it’s not a hundred per cent defined yet. We’ll have to decide nearer the time because albums don’t necessarily do well any more. So the plan is to release something fairly imminently that we’ve home recorded. Matt will be doing the producing and recording.”

That timing should work well with gigs coming back later this year and next year too?

“Yes, we’ve had a number of our gigs delayed or cancelled. That’s why playing the Messtival was such a godsend. We’re so glad it didn’t get cancelled because we’ve needed this. There’s only so many practices you can do. You end up second guessing things that are tried and tested. Stuff we know that will go down well but then you’ve not performed it so you’re like but what if we do this or that. The fact that we’ve come here (to Coalville) and not gone off on a massive tangent shows we’ve done it right. It went down well. We’re stoked that today happened and it went as well as it did. We threw in the Tiffany cover too and we think it needed it and it went down so well. Now we’re ready for more.” 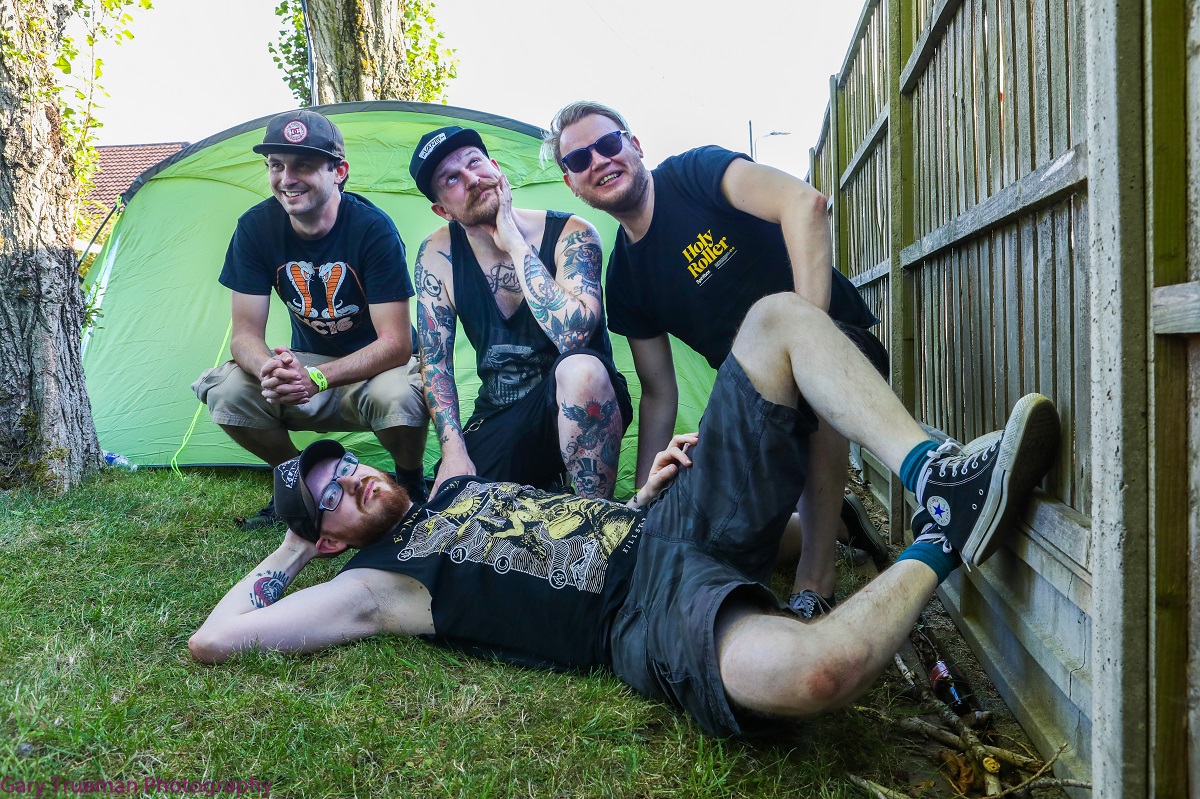 You’re high energy and frenetic. You have an amazing front guy too. The audience lapped it up today and you look like you need a bigger stage to perform on.  You’re obviously doing something right?

“It’s been a long time since we performed. In rehearsals we’ve been saying about getting stage ready and we were absolutely fucked out there.  The adrenaline helped but oof!”

Do you think that’s something that has affected a lot of bands?  Being fit enough to last a set?

“Well we’re all in our prime, although Rik’s getting older. The adrenaline carried us, it was fine up until about song number six. But today was sick, we couldn’t have wished for anything better.”

There’s a real sense of togetherness with you four. You seem to feed off of each other on stage. There’s a lot of joking around and micky taking but that’s all just part and parcel of it isn’t it?

“When our bassist came and watched us before he joined Rik was hammered and it was not a great show. But he could still see there was something there. And then in the practice room we just knew we could get on. And now we’re like brothers……… Ah! And now we don’t want to just be that drunk band that are fun but we’re not booking them again. We’re better than that.”

There’s a level of professionalism?

Yes, we all got pissed before we played today haha.  No we didn’t actually, we drank water to keep hydrated.  Fuck that shit.” 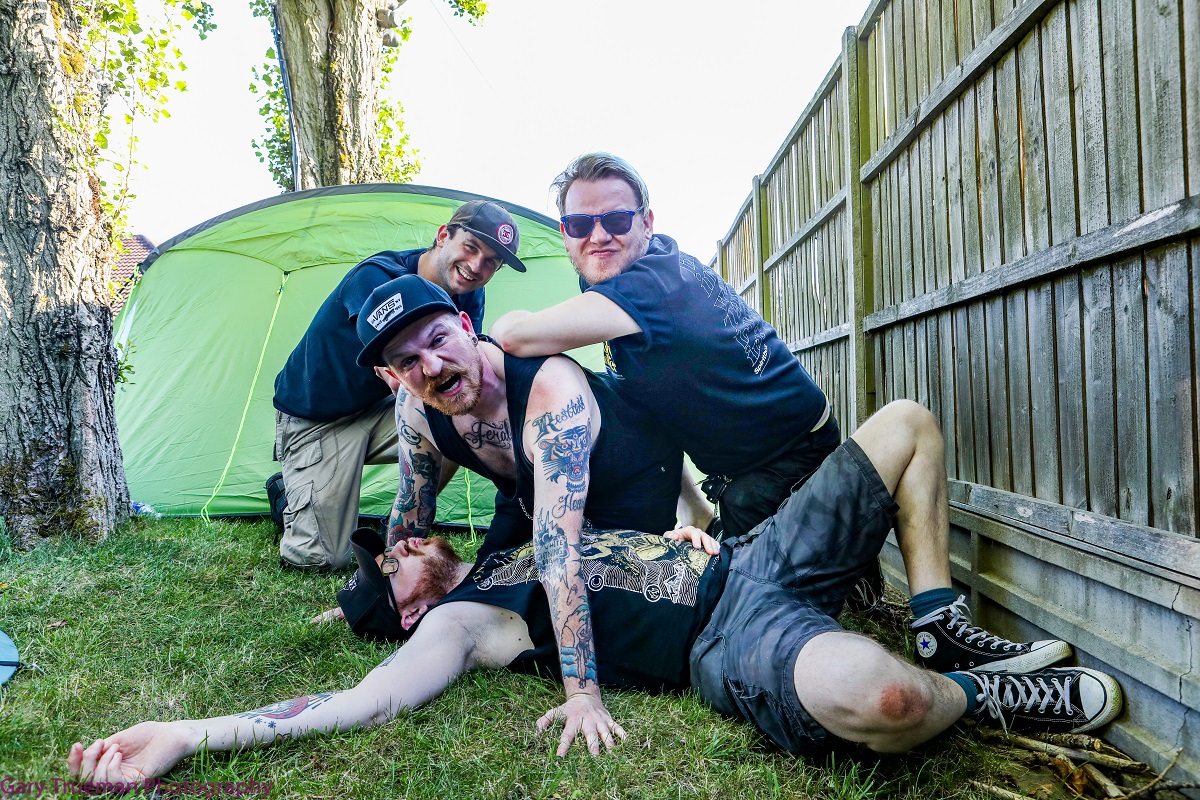 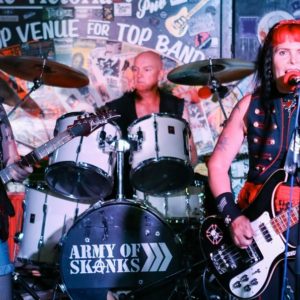 Unholy Messtival The Victoria Bikers Pub – July 16th -17th 2021 Giving a place to emerging artists that are the quirky...
Copyright 2017 Devolution Magazine. All Right Reserved.
Back to top