Interview: Megan Annie “I was everyone’s go to model at college.”

People take up modelling for all sorts of reasons. Some decide it’s not for them but for many like Megan Annie it becomes a vital piece of their life jigsaw, something that empowers and gives strength. It can give creatives an outlet for their ideas and aspirations, model and photographer working together on a project. Gary Trueman collaborated with Megan for the woodland theme of the shoot for this feature, and they also chatted about starting out, a passion for SFX and heavy metal. 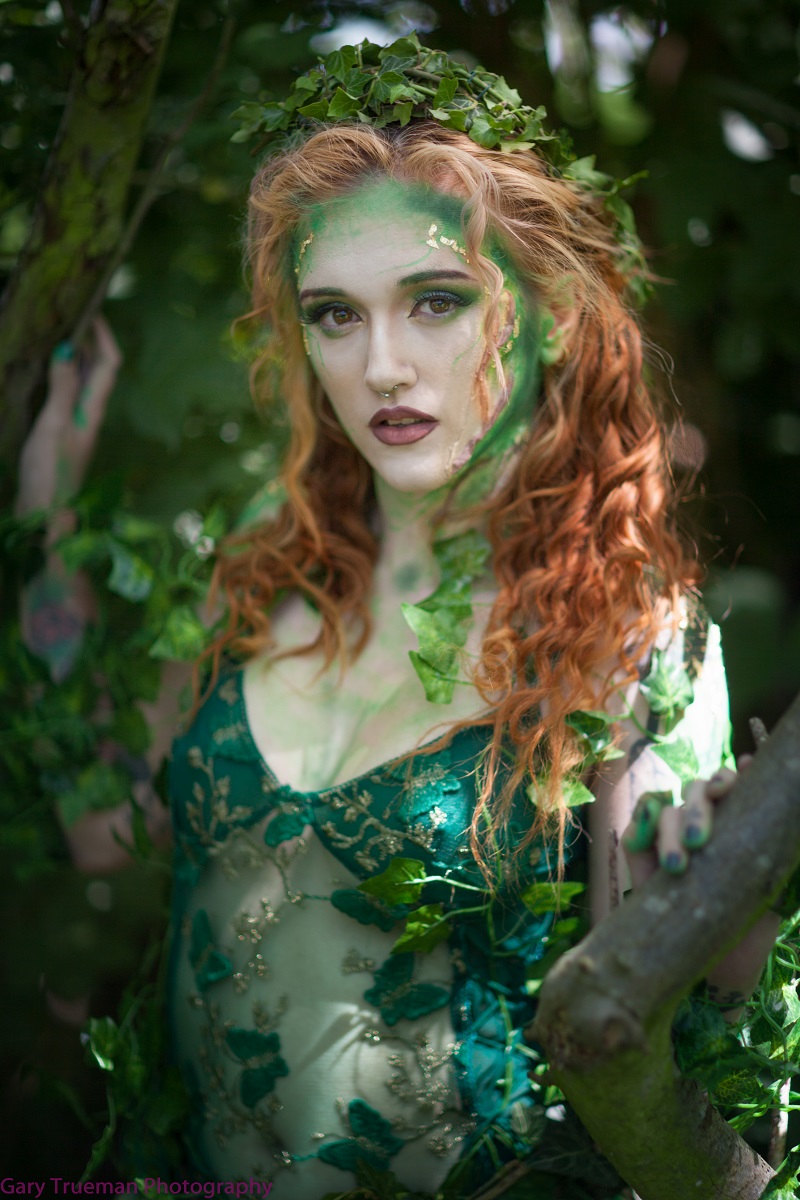 What made you decide to get into doing modelling?

“I was everyone’s go to model at college. I was severely bullied at college to the point where I was assaulted. I left and just wanted to prove these bullies wrong so I started working at the local photography studio and then thought why not join Purple Port and get myself on there and get some shoots. It just went from there.”

You say you were bullied. Was that other girls, or guys?

“It was a mixture.  At secondary school it was girls because I went to an all girls school.  At college it was a mixture of girls and boys. A lot of it was because of break ups, they just didn’t agree with me breaking up with people.”

You’re doing well now as a model and are getting frequent bookings. What are your ambitions for the future, how far wold you like to take it?

“I’d like to go more into the SFX side of it and really get into doing the really gory make up. I’d love to keep doing horror type shoots, and do them more often, maybe do TV and film stuff.”

You’ve spoken about being bullied so let’s talk a bit about model safety. Have you had any experiences that would relate to that?

“I’ve had a couple of bad experiences. The first one was a year after I started modelling and a guy asked me to perform an oral sex act. He wasn’t going to get away with that.  The second one a few years ago was someone I trusted and I’d worked with for years. It did end up with a police report. He got banned from various different sites and now he doesn’t work with any models.”

What advice would you give to a model just starting out?

“I would say do your background checks, like when you might date someone online. Do a background check first even if that means searching their social media.  Meet up for a coffee beforehand and try to get to know them a bit first. Take a chaperone. I’ve made it a thing that if I’m working with someone new, and if it’s nude and I haven’t been able to check them out, I’ll ask to take a chaperone.  If they say no then they’re a little bit dodgy.”

Let’s focus on your personal style starting with your hair. What product do you use, and do you find your hair length and colour is popular?

“Naturally I don’t have long hair, I wear extensions a lot of the time. I buy synthetic extensions from Ebay.  They do the job. I’ve been dying my hair for 15 years. I just wash it every couple of days and I use conditioner. That seems to keep it OK.”

With make up you said you’re into SFX and that’s a direction you want to take. For a less SFX style shoot what make up do you use?

“I mainly use Superdrug. I find it’s so cheap but it competes with the higher rated brands.  For eye shadow my little guilty pleasure is Jeffree Star. I know he’s a controversial person but his products speak for themselves. They’re so good you can’t fault them.” 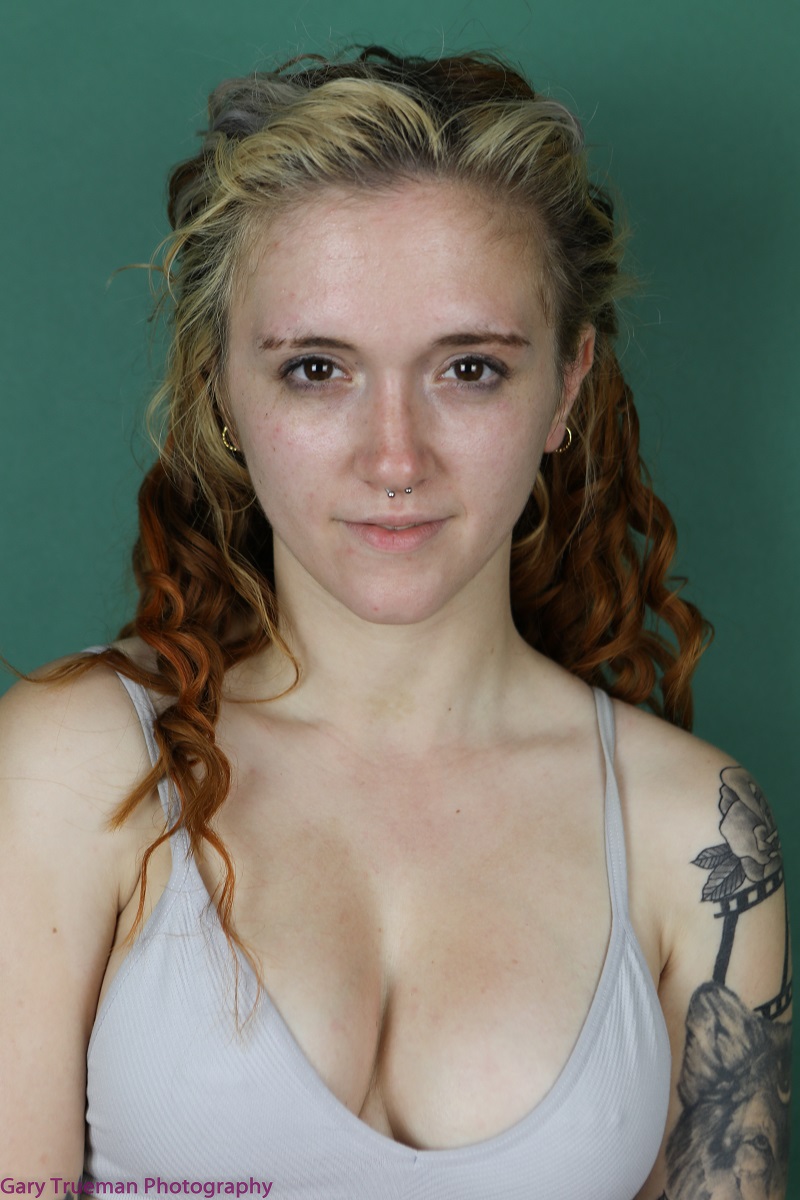 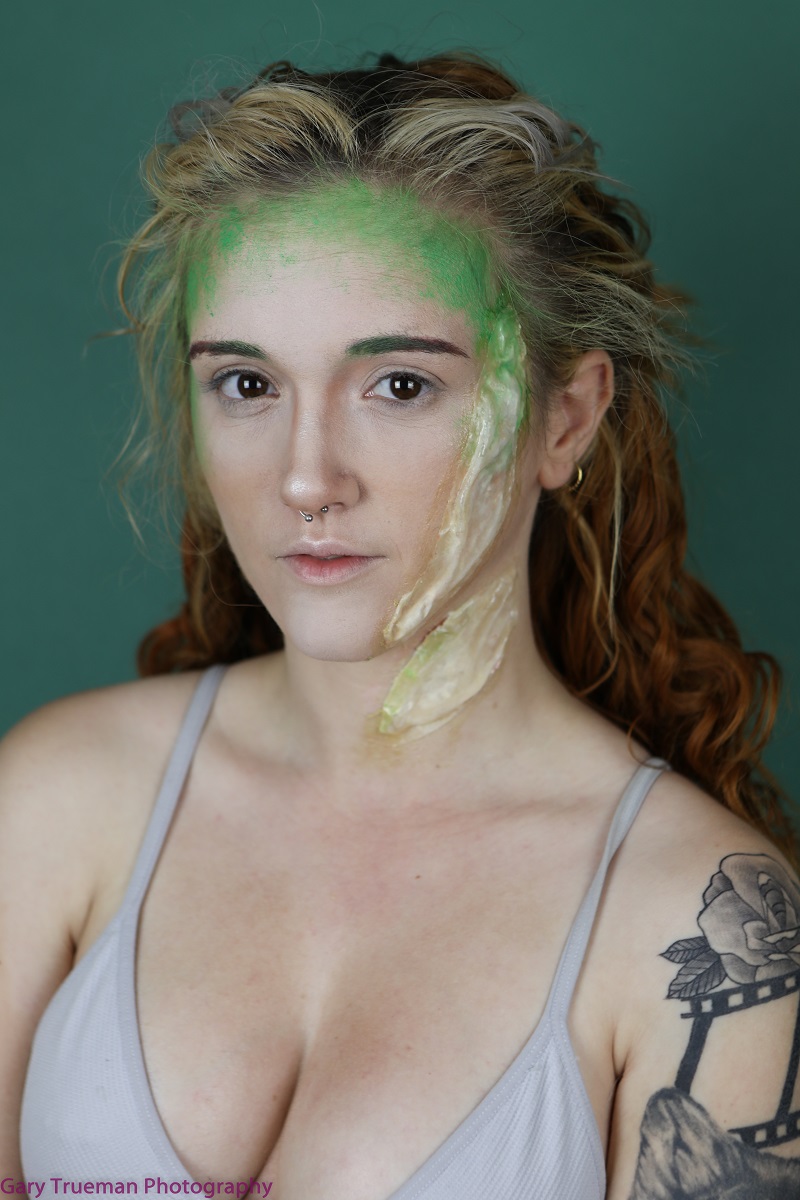 Foundation and prosthetic on 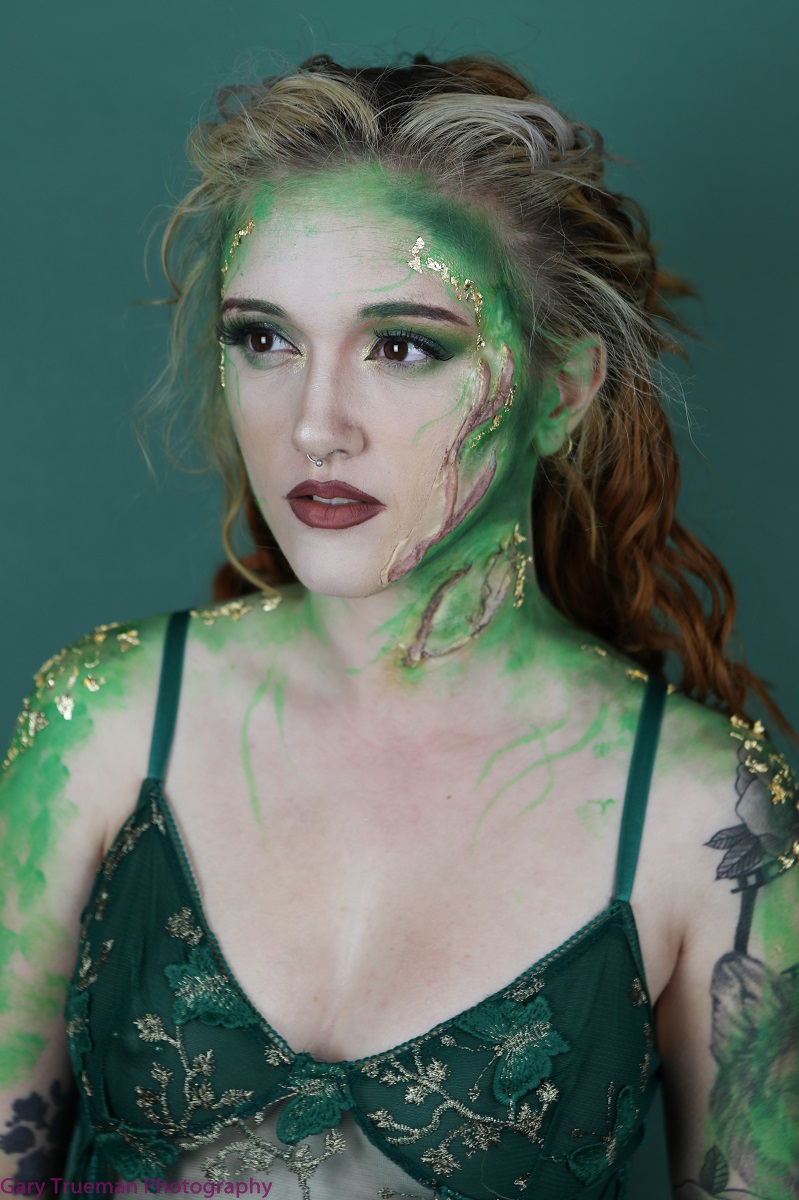 You’ve got a lot of tattoos and you’re adding to them all the time. Would you like to become a heavily tattooed specialist tattoo model?

“I wouldn’t necessarily like to be completely covered. My mum would absolutely kill me. She already wants to kill me for the amount I’ve already got haha. There are several more I want to get, but I’ll have to wait until I’ve moved out of her house.”

Do you find getting them addictive?

“I do. I got my first one about a week after I turned 18 and got my second one less than six months later.”

What do you want to get done next?

“I want to get my sternum tattooed with a satanic cross. I was brought up as a Christian and then when I started to rebel, listening to heavy metal, being an emo kid, I switched to Satanism. It’s been that ever since. So it would be a symbol of my religion.”

Do you think people completely misunderstand Satanism as a religion?

“Massively, it’s something I get asked questions about a lot. A lot of people associate it with rituals and sacrifice but most follow the theory side of it. It’s something that people misunderstand so much. It’s not as dark and demonic as they think.”

In a way it’s close to Paganism isn’t it?

“It’s very similar to Paganism. My best friend is a Pagan and he understands the Satanic side a lot more than most people.”

So you do a lot of glamour modelling and want to get into doing more SFX work and a more creative style of photo shoot. Do you think it’s possible to mix the two successfully? If you got more involved with SFX work would you drop the glamour work?

“I think I’d keep doing both because as much as I love the SFX, the make up is an absolute nightmare. It stains, it’s incredibly difficult to get off. I’m probably going to go to my new job tomorrow green haha. So doing the glamour work would allow me to have a break from that.” 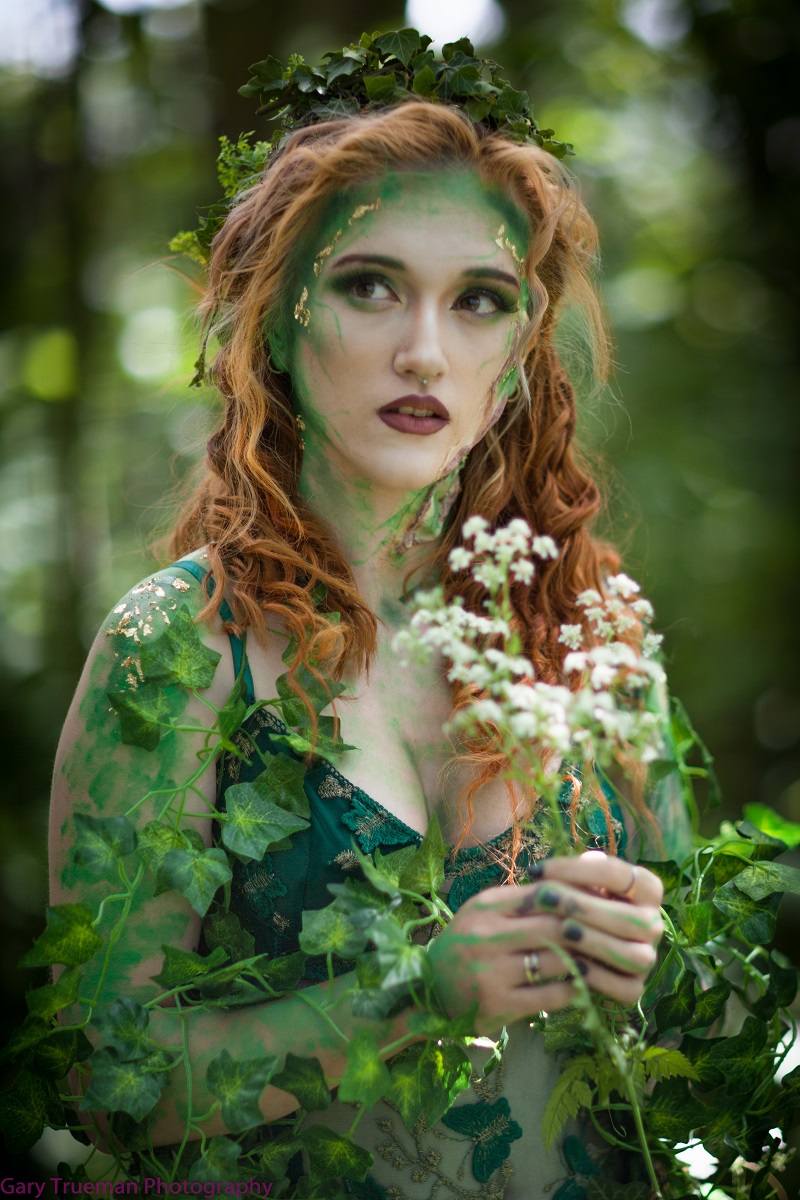 You mentioned getting into metal during your rebellious years. Is that still your favourite music now?

“Yes, it’s always been my thing. I was brought up with Guns N Roses and Metallica because of my dad. My mum hates it. I’ve been to lots of gigs. My first one was In This Moment and I loved it.”

They’re a great band and Maria Brink is lovely. What other bands do you follow now?

“At the moment I’ve been listening to a lot of Maneskin who won Eurovision. I also listen to Ice Nine Kills and Motionless In White, bands like that.”

Do you have any hobbies or interests that are nothing to do with modelling or music? Are you a closet train spotter maybe?

“I don’t really have many now. I had to give them up because I have Scoliosis. But before then I used to do MMA and also played football.”

If someone drew a (Satanic) magic circle and had to put three things in it to summon you what would those things be?

“Something crazy ( a bottle of crazy) because I’m the bad influence on everyone else. I’m really small so maybe a really small person. I’m five foot, so I’m tiny. And a King Charles Cavalier because my old dog was one of those and he used to follow me everywhere.” 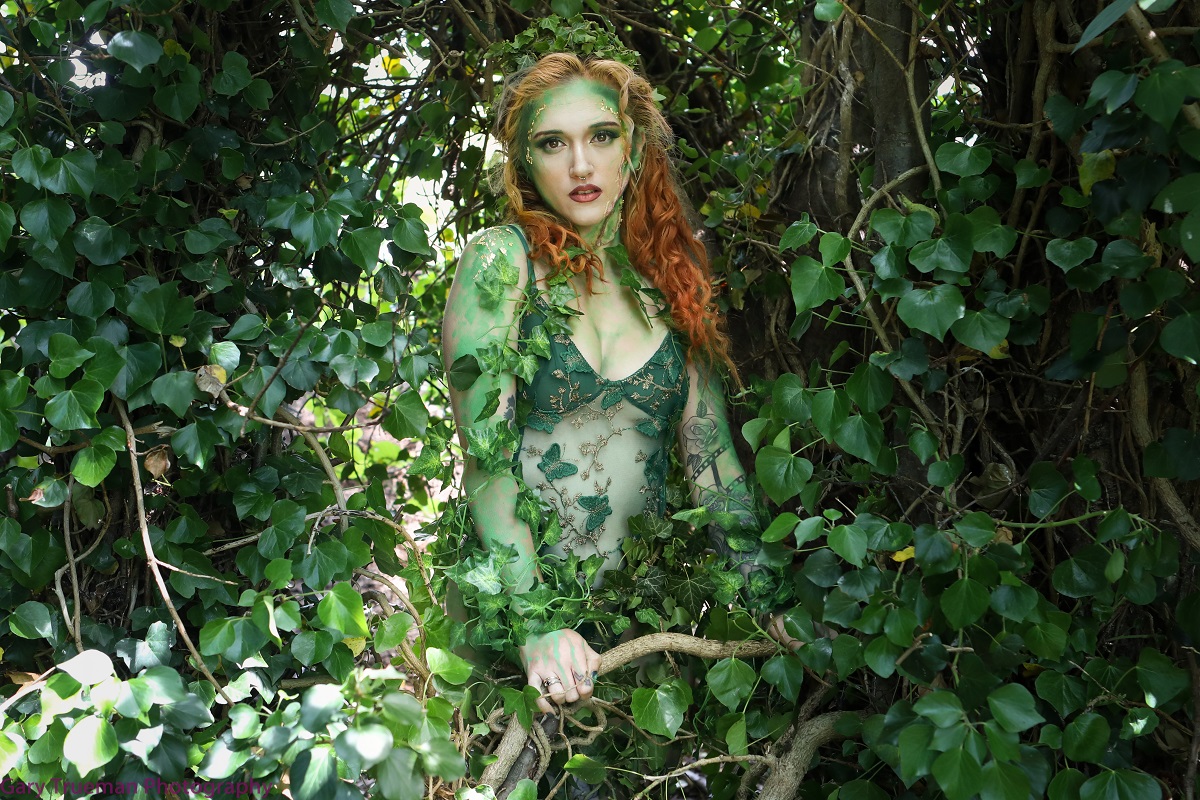 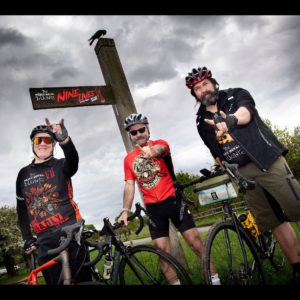 The Heavy Metal Truants Raise Over £1 Million For Children’s Charities Save The Children * Nordoff Robbins * Childline/NSPCC...
Copyright 2017 Devolution Magazine. All Right Reserved.
Back to top