Interview: Fyzz Wallis “Pretty much everything you hear I played, but I won’t pretend I played the drums.”

You’re in a band but can’t see the other members.  You’re a creative person all the way through like a stick of seaside rock.  The Covid hits.  What do you do?  In the case of Fyzz Wallis from the Fyzz Wallis Band you write and record a solo EP. With restrictions lifting enough for a chat Gary Trueman chatted with Fyzz about her latest record, the tough past year, and how music and being a school librarian is actually a pretty good fit. 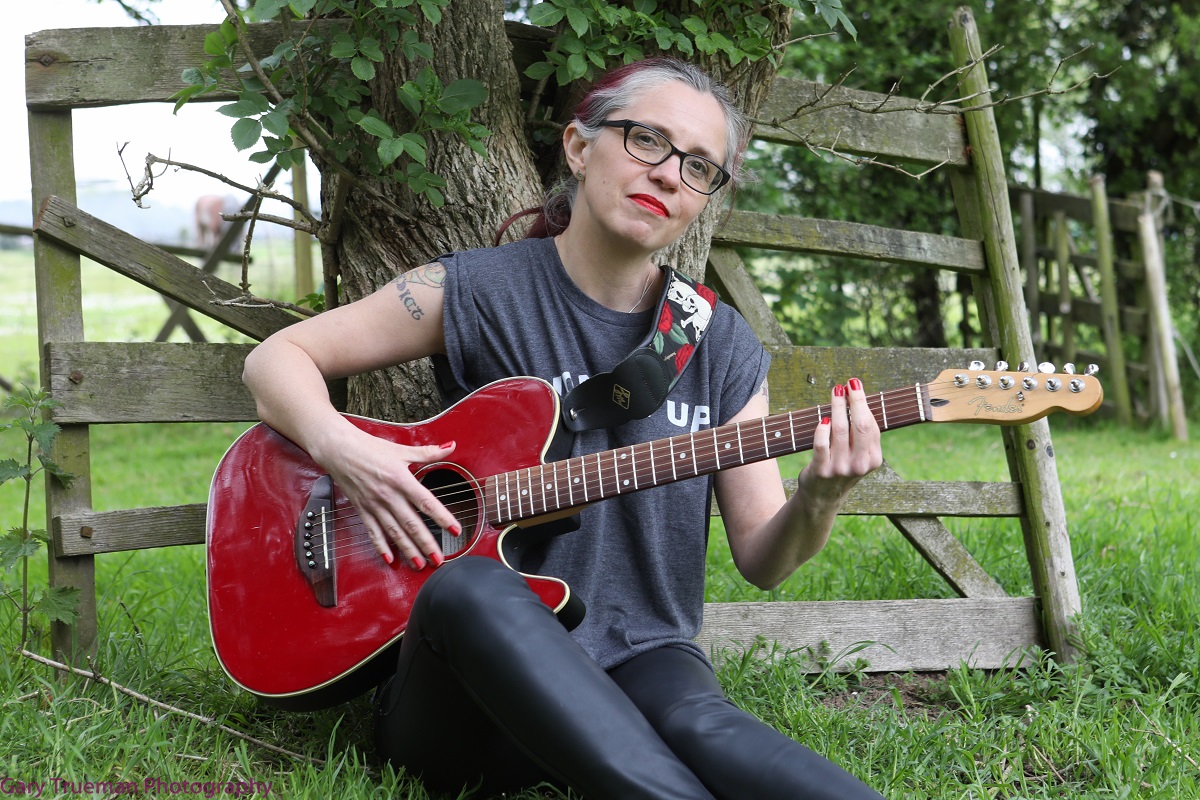 Your new EP isn’t the band, it’s Fyzz Wallis solo. What prompted you to do a solo EP?

“Well Covid basically. I couldn’t get together with other people to play music. I couldn’t arrange music with other people. It was driving me a bit bonkers so I decided to do it for my own sanity. Christmas was a really disappointing time because I love it and everything I love about it was cancelled. At that time my son was revising for his GCSE’s and he thought he would be going back for his mocks, so I had a routine over the Christmas holidays that would keep us both sane. I would get him up, go for a run, come back and record a bit of a song. Then make us all lunch and record a bit more of a song, then make tea. It kept me going on the days we would have done normal things.”

“Yes. So some of the songs on the solo project were brand new ones I wrote just before I recorded them. Some are actually much older. The working title for the project, even though I ended up calling it Wrong, was Bleed. Bleed was one of the songs I really wanted to include. It’s a heartfelt song about loss. But I wanted it to be the songs that I wouldn’t necessarily want the band to play. What I do is share the sketches of the songs and they decide which ones they want to go ahead with and arrange with me. So these were either ones that were brand new and never heard or they were ones I felt they wouldn’t be interested in playing with me. So I wasn’t touching anything I thought the band would do. Now though I think there might be one or two. The other thing I decided to do was break my own song writing rules. With the Fyzz Wallis Band and with the projects I’ve done since I had my children, I’ve tried to be very positive. I’ve tried to be positive about women and not portray women as victims. Victims of circumstance perhaps, but people with choices which is particularly important. Whereas in this there are songs about difficult situations where your instinct is to blame yourself. So I decided to break my own rules and the only person that would be disappointed if it went wrong would be me.” 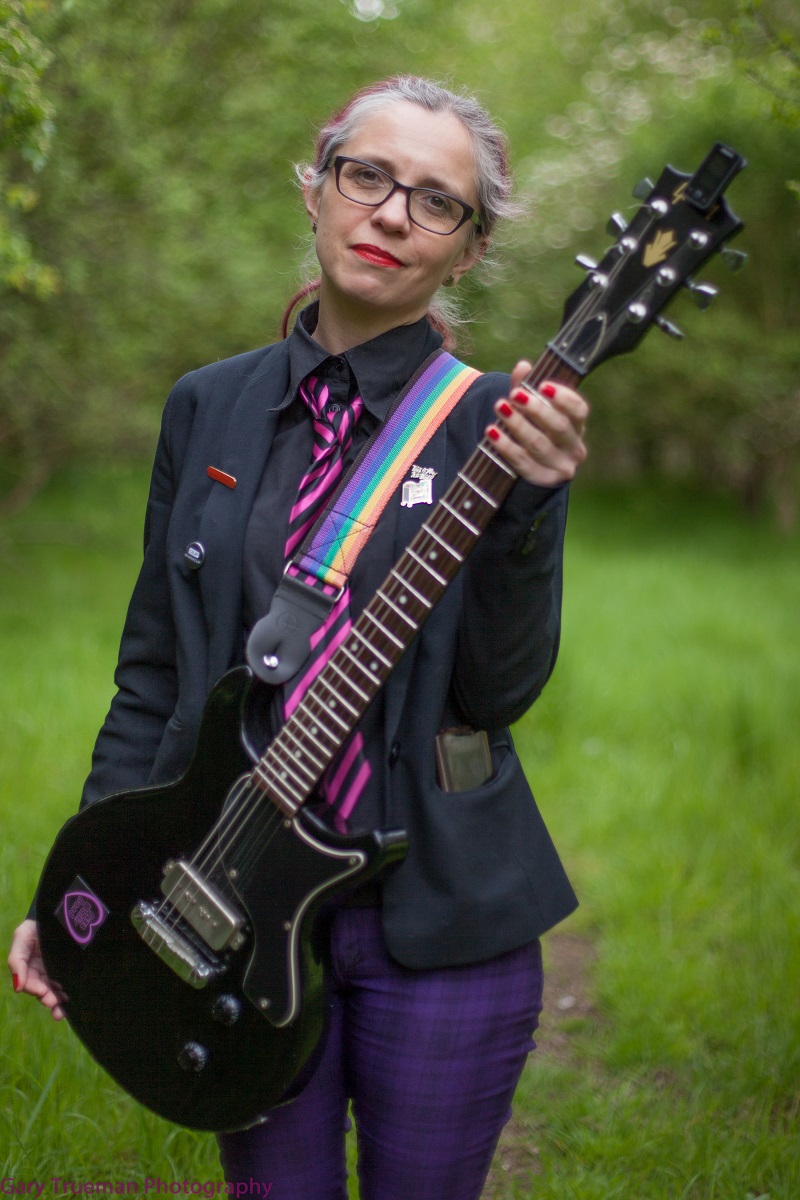 Are there any other differences between solo and band? Do the other band members put stuff in that meant the dynamic of the music was altered?

“Completely because I recorded everything. Pretty much everything you hear I played, but I won’t pretend I played the drums.  The drums are samples but I did think about how Chris (Ballard, FWB drummer) plays for what I decided to use. The bass and guitar I did.  The wonderful Sam Loose then produced it and he did make suggestions about maybe doing additional lines.  He suggested putting some piano on one of the songs. Normally with the band as I said I produce a sketch of a song and Zoe (Spencer FWB bass player) will come back with an epic bass line and we’ll hang pretty much everything on that. That’s kind of the sound we have. As a three piece there’s a lot of space for all three people to do their thing. This was all me so I won’t even pretend the bass or drums are as good as if the three of us had all been involved in it.”

Are you intending to play these songs live at all either as a solo artist or within a band set?

“I don’t know. When I first started recording the songs I shared a few early versions with some close friends.  One friend said they could imagine me doing like an unplugged version of these. Yes I would do that. When we were able to have small socially distanced gigs I did suggest I could do this because I wouldn’t need to get together with the others to practice. At the same time though the songs are quite noisy and I like them like that. So I don’t know really. If the guys want to play them that’s up to them really. The Fyzz Wallis band is very much a team. So if they want to we’ll persue that. But not any time soon because we’re currently rehearsing things we vaguely know for the gigs coming up.”

You said the EP came about because of Covid.  It’s been devastating for the whole industry.  How did it affect you personally and do you think we’ve still got quite a way to go for some level of normality to return?

“Well I’ve just heard that the Indian variant is a thing and we don’t know what the implications are. We could be in a Kent (variant) situation again and it curbs all kinds of things. I talked to people who have said it’s not that different for them.  Life was totally turned on its head from Covid for me. Just before the first lockdown a relative of mine died quite suddenly. They weren’t testing then but we strongly suspect it was Covid. Then by the time the funeral came along we couldn’t go. Some of that is in the EP. Usually all of us are out all the time in our household. My husband works away, I work at the local school, my kids are out as well. Suddenly we’re all at home.  That’s two quite large teenage boys and my husband and me in a small house. Practically speaking that’s really different. I volunteered to help and go back into my school but they didn’t need me in the end. We all tried to make the best of it, trying to see it as an adventure, at least for the first few weeks. Then it got really hard. After a few days we decided we’d all do our Covid walk separately so we’d have some space from each other. For me as an outgoing creative type of person, everything I like with the exception of my family was stopped. It made me sad to the point where I felt physically uncomfortable. I hated it.  I’m not someone who suffers from depression but I can understand why so many people have struggled so much. I’ve had the kids to keep me going.

At the end of lockdown one I went back into the school. It’s the saddest thing in the world to walk into an empty school. It’s so sad. And to going back and to be doing things in a way that just aren’t as fun or interesting for you or the kids, it’s pants really. My kids probably hate me because when I went back into school they had to as well.  It’s been challenging for me.  It’s been hard for the kids, my kids and at the school. I’ve got a friend who’s also very much an extrovert who also works in education and she’s said it’s like your battery is never charged properly.  You feel undercharged all the time. So you have to find things all the time to keep you going” 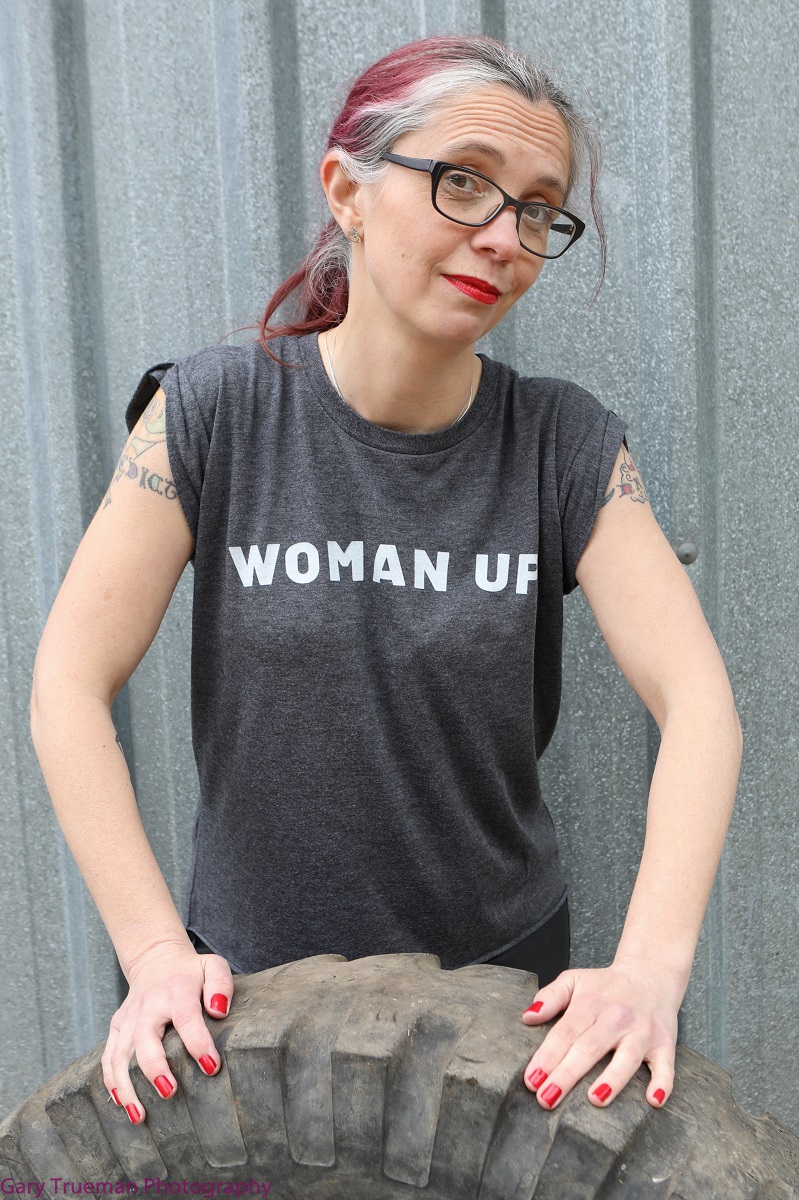 You said you work at a school. You’re actually the school librarian. So how do the kids at the school react to your music, having a punk rock librarian? Are they aware of your music, do they listen to it?

“A handful of them are. Before all this I had student librarians helping me and they know because they get to know you a bit better. You get to know more about their hobbies and they get to know more about me.  And I do run open mics at school. In normal circumstances every term we’d have an open mic. So it’s if you do behave properly Mrs Wallis will get up and sing a song at the end. I have to choose my songs quite carefully because some of my back catalogue isn’t appropriate. I have written a few songs just for the school. So yes they do know and some have gone as far as finding me on Instagram, which is fine. For me it makes a huge amount of sense because the joy of being a librarian rather than a teacher is that you point them in the direction of their own interest. You help them investigate for themselves. You try to inform them so that they make good choices so that they don’t believe everything they’re told. I tell them a lot they don’t have to believe me, read the news yourself, find out yourself, find out the other side, and you decide what is important or who is right. That’s very much a dovetail with the music.”

Imagine magic really existed and there’s a magic circle in your house. Your family need to put three items in that circle to summon you.  What would they out in the circle?

“Haha, a guitar, my running shoes and something to do with baking because I do a lot of that.  So a whisk. That’s how the family would see me.” 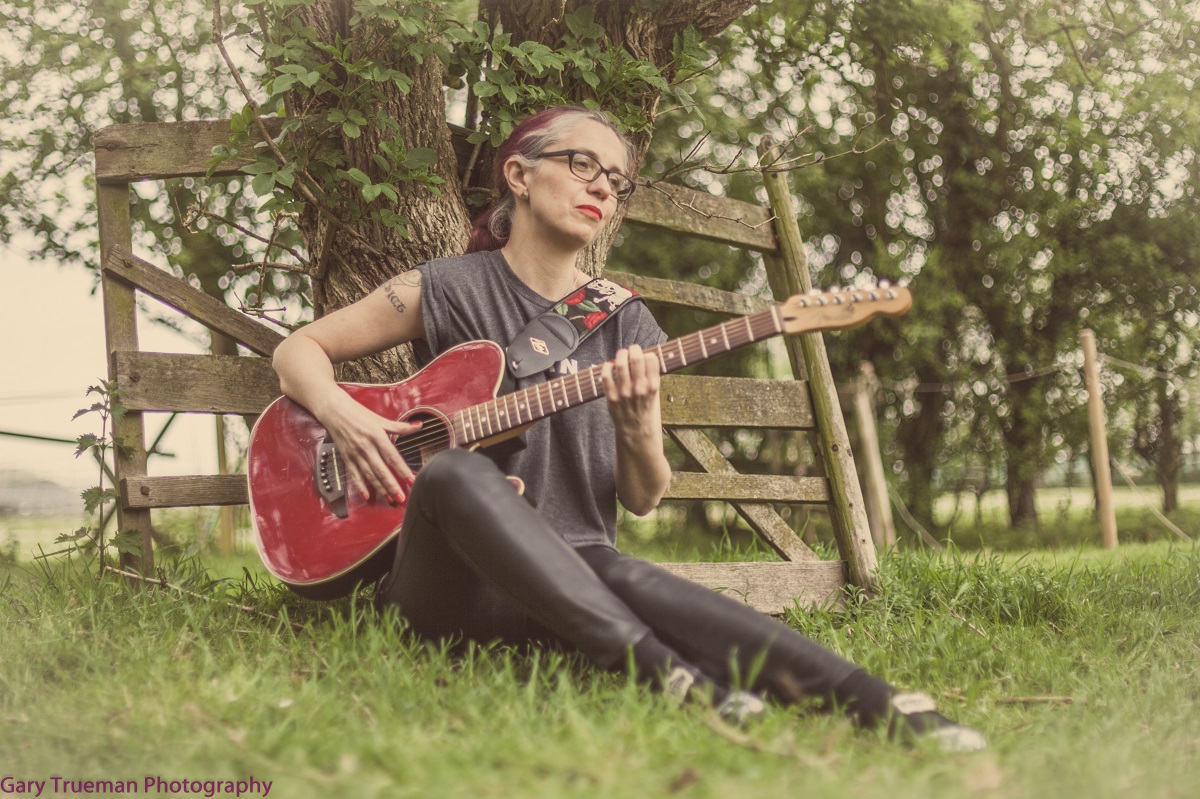 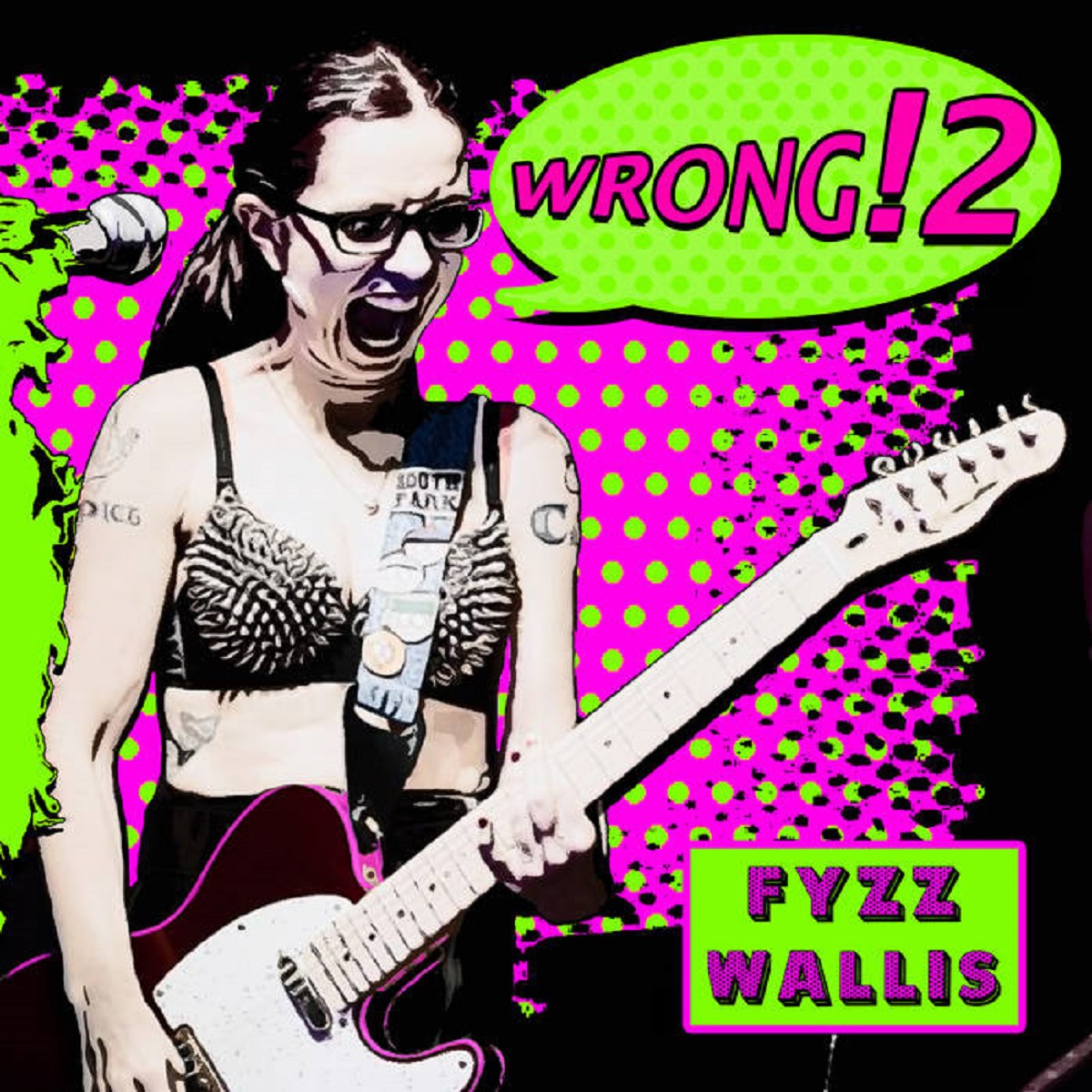 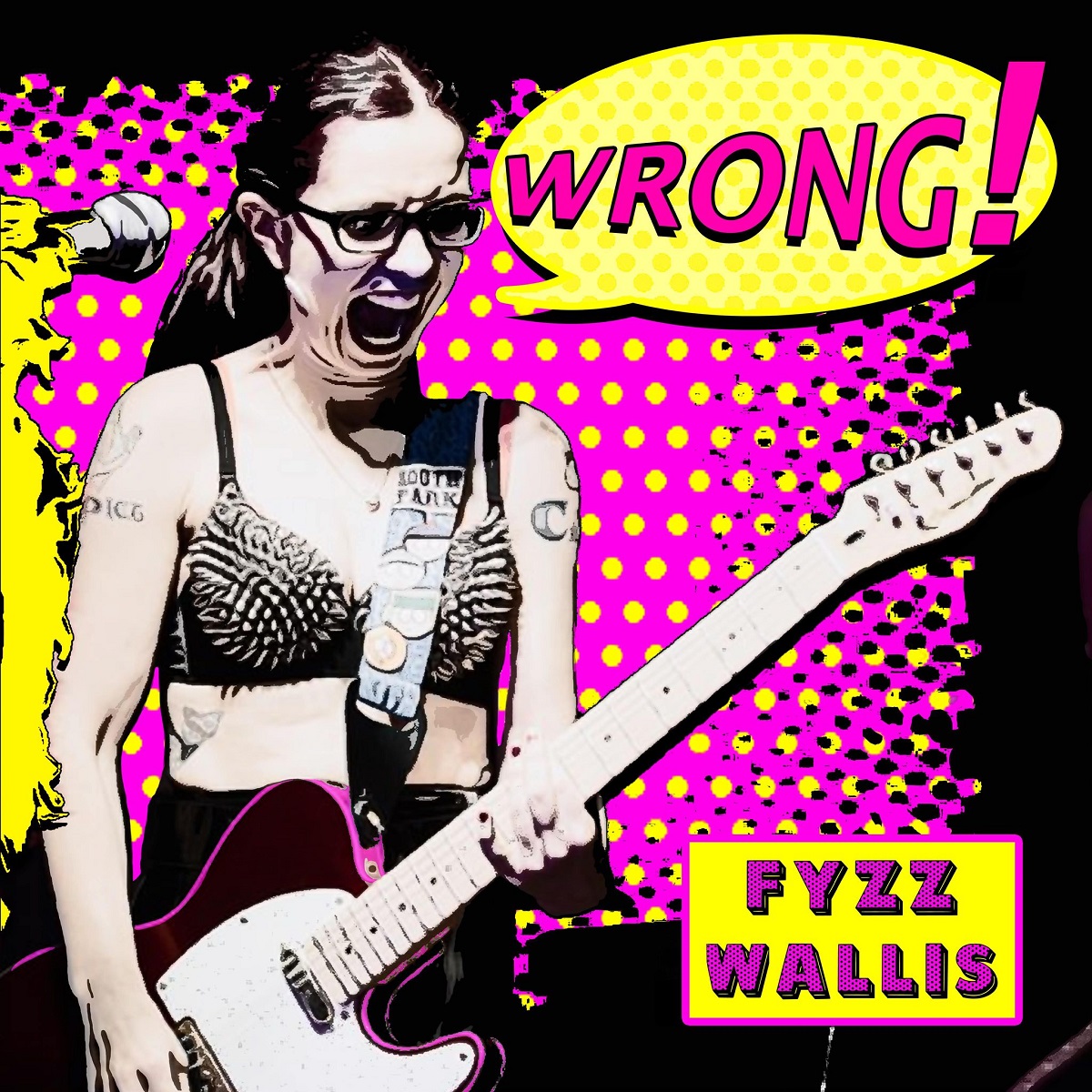 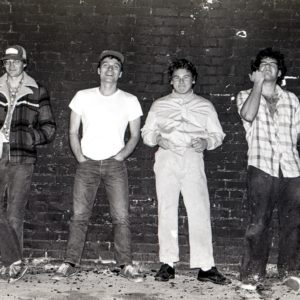