Tickets On Sale Now At Avatarages.Com 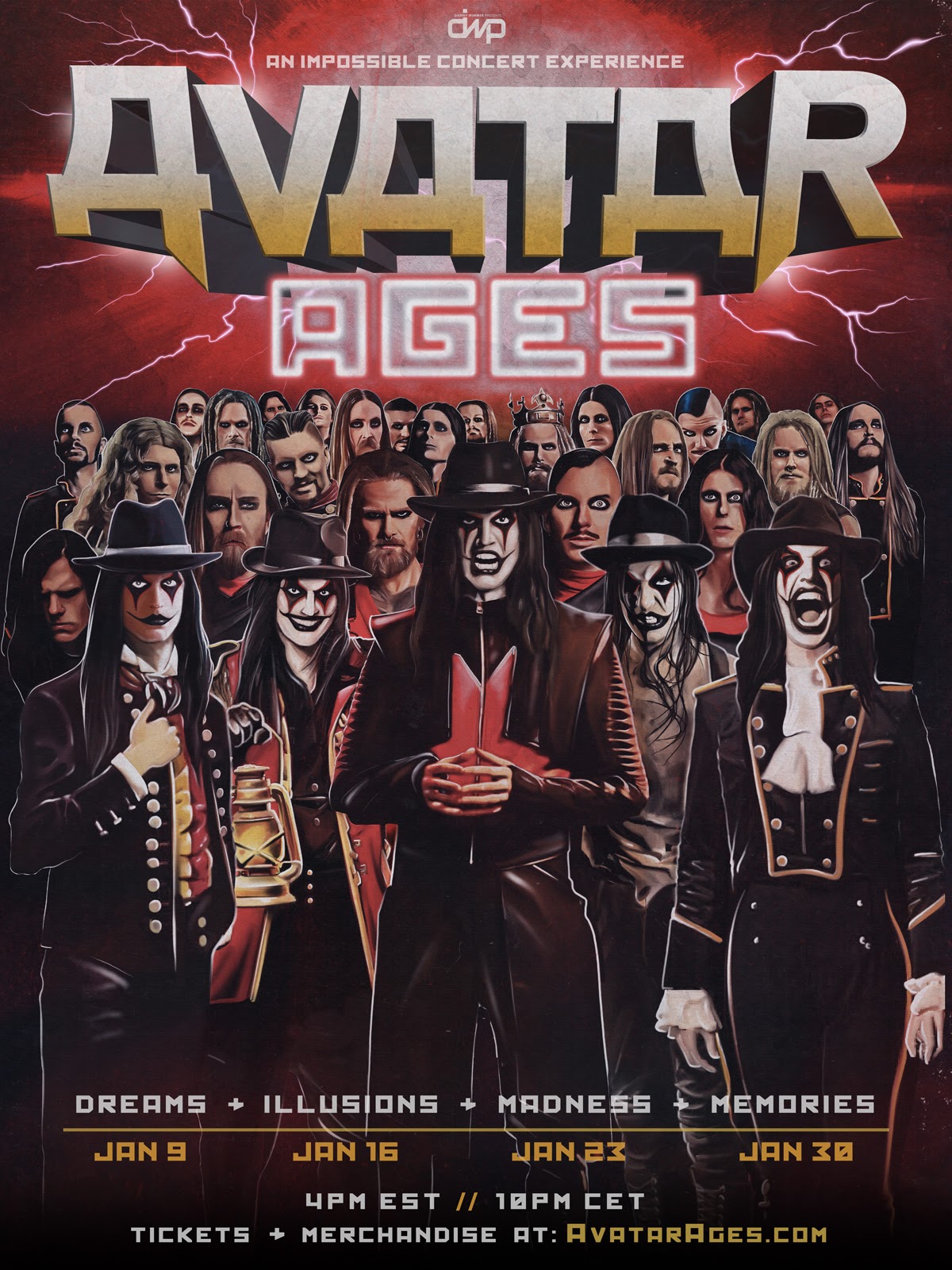 Sweden’s most creative and exciting export, AVATAR, have announced a series of concert streams —Avatar Ages – An Impossible Concert Experience–that will take place over the course of January 2021. The 4-part concert film experience launches January 9 and will feature songs from AVATAR’s celebrated catalog, starting with a performance of their latest album in full, Hunter Gatherer, out now via Century Media. The subsequent January concerts will feature fan voted setlists—chosen by ticket purchasers—with songs from Avatar Country, Feathers & Flesh, Hail The Apocalypse, Black Waltz, Thoughts of No Tomorrow, Schlacht and Avatar.

Tickets are now on sale here.

The schedule of Avatar Ages – An Impossible Concert Experience concert stream events is as follows:

About the performances, frontman Johannes Eckerström says, “Nothing can top the feeling of standing eye to eye with the roaring beast that is a metal crowd, hungry for blood. Instead, what we are setting out to do is a series of shows we could never do on a normal stage. You will see Avatar as you’ve never seen us before. More music, more madness. We enter this with a game plan like no other, but ultimately the power is yours. This is something we’ll create together. We have missed you.”

Concert stream tickets are available for individual shows and as a 4-show package. Various ticket bundles are also available, offering exclusive merchandise such as t-shirts, hoodies, vinyl, and a commemorative laminate. A limited number of exclusive virtual Meet & Greets with the entire band are also available.  Fans will be able to select their date and time period in advance, and after their personal Meet & Greet, they’ll receive a video file of their conversation, as well as the opportunity to take pictures during the experience. Visit www.AvatarAges.com for all details and to purchase tickets.

Fan voting for the Age of Illusions, Age of Madness and Age of Memories concert stream set lists will be open to ticket purchasers through December 3, 2020 at 11:59 PM ET. Fans will be emailed a link to activate fan voting after purchasing their virtual concert ticket.  Purchasers will be able to choose their 10 favourite songs for each set list and submit directly to the band.  Fan voting is only open to those who purchase a livestream ticket or bundle. 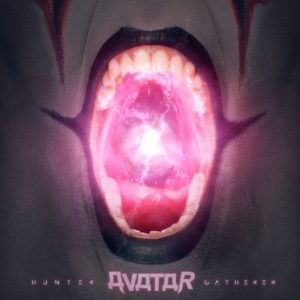 AVATAR’s current album Hunter Gatherer, out now via Century Media, marked the darkest and most thought-provoking release of the band’s over decade long career. A striking and bold manifesto, the album is an unflinchingly ruthless study of a clueless humankind’s ever-increasing velocity into an uncertain future, furthering the reach of the band’s always expanding dark roots. In 2019, AVATAR reunited with producer Jay Ruston (Stone Sour, Anthrax) at Sphere Studios in Los Angeles, California, where the foundation for each song on Hunter Gatherer was laid with the band performing altogether, as they’d done only once before, on Hail the Apocalypse (2014). The old-school method of playing as one in the studio, more akin to how they are on stage, captured the essence of AVATAR. Recorded entirely to two-inch tape, Hunter Gatherer exhibits everything that makes AVATAR standouts in the vast, rich landscape of heavy metal’s past and present. 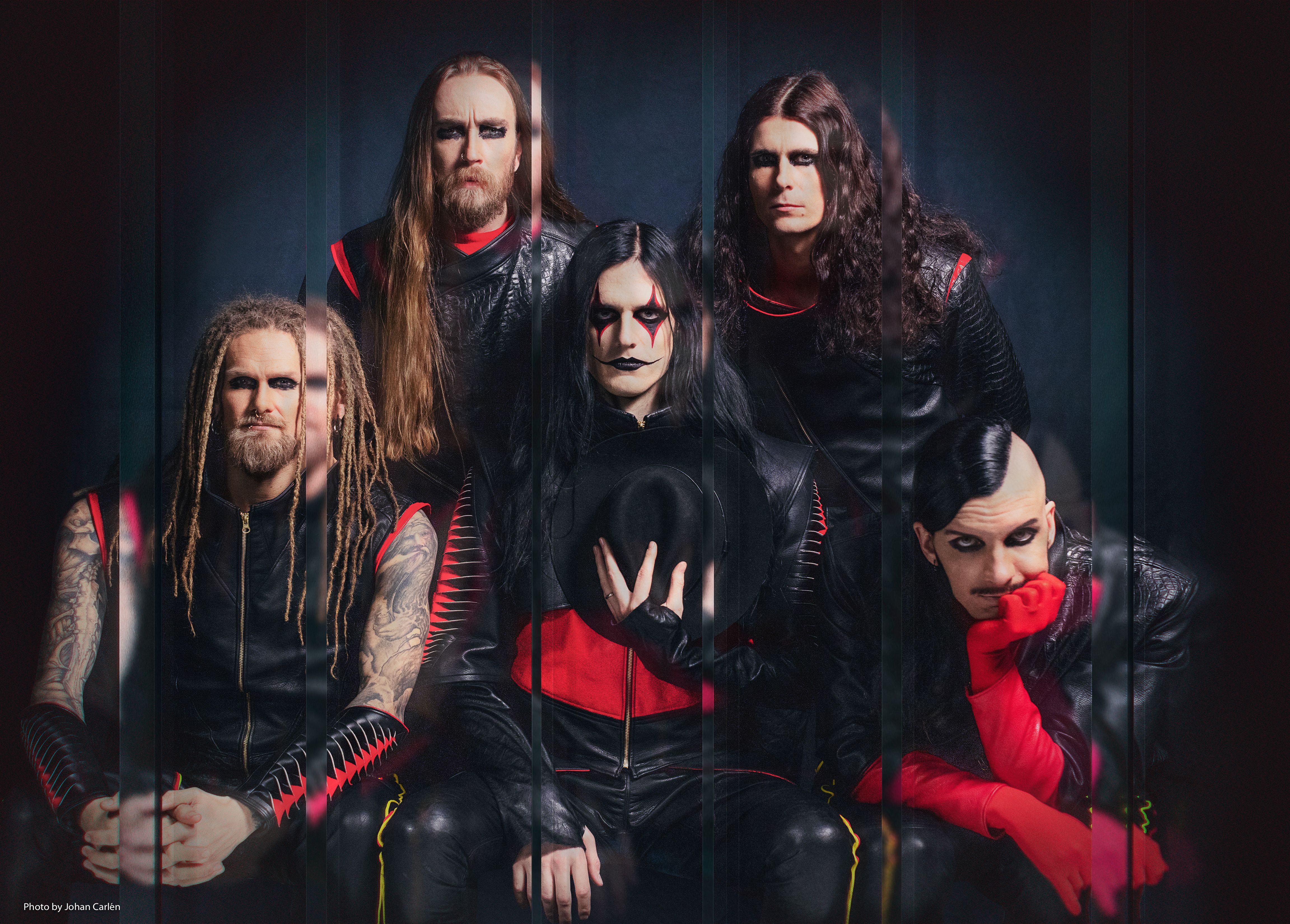 News: The 2021 Cosmoplanner Has Arrived! 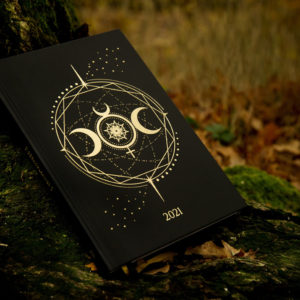 News: The 2021 Cosmoplanner Has Arrived!

2021 Cosmoplanner “I believe this project can make the world a better place by increasing our connection to nature,...
Copyright 2017 Devolution Magazine. All Right Reserved.
Back to top